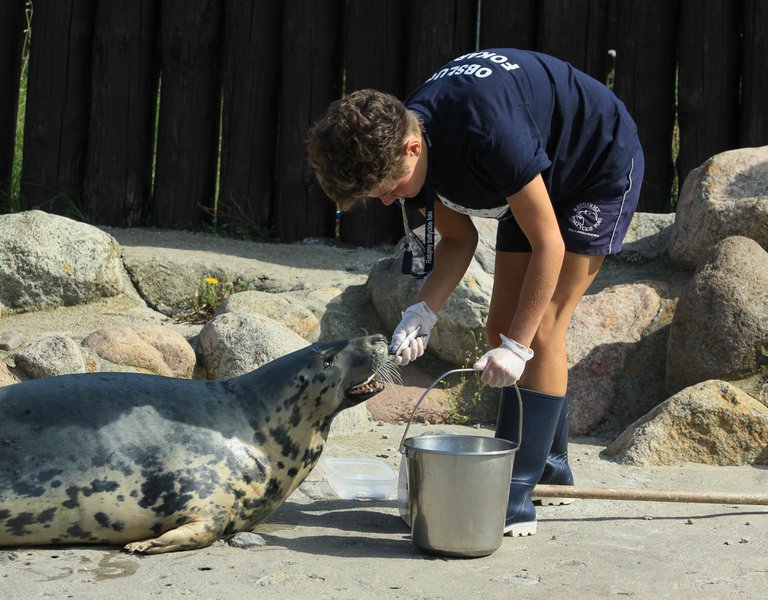 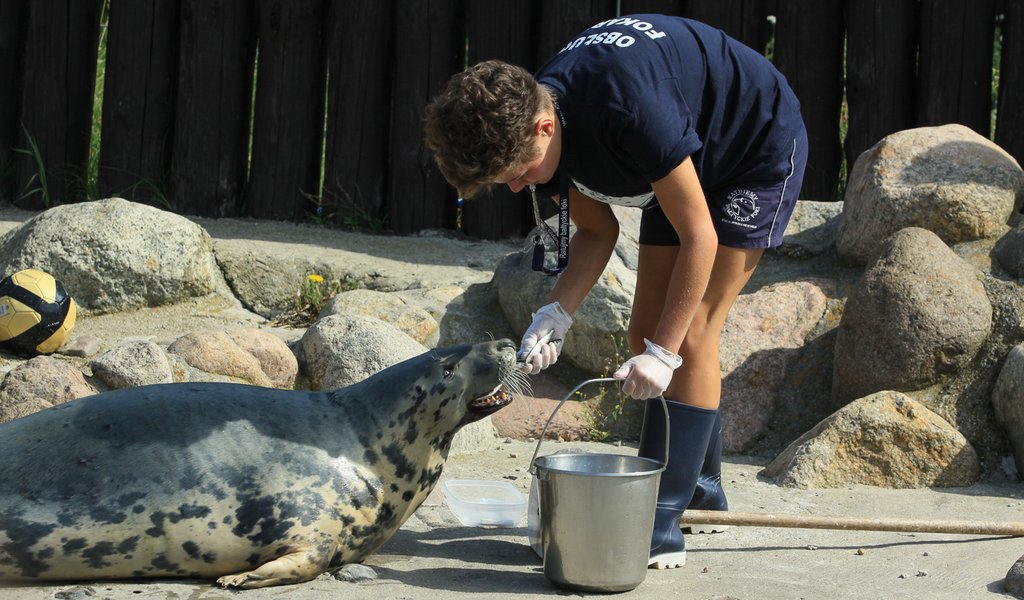 More seals in the Baltic Sea!

The number of seals living in the Baltic Sea has tripled since 2000. Polish scientists have played a significant role in the program of protecting and restoring the population of these mammals.

There are already 30,000 seals living in the Baltic Sea. Their constantly growing number is a great success achieved by the cooperating scientists from the Baltic States, among others from Sweden, Finland, Germany, Lithuania, Denmark and Poland.

“We can really speak of the successful restoration of the grey seals population in the pan-Baltic dimension,” said to Polska.pl Professor Krzysztof Skóra, the head of the Marine Station of the Gdańsk University Institute of Oceanography, which has been included in the implementation of national duties with regard to the recommendations of the Helsinki Commission (HELCOM) concerning the protection of the Baltic Sea seals. “The ban on hunting these animals, introduced a few years ago, the creation of reserves and refuges in Scandinavia and the reduction of toxic pollution in the Baltic fish have brought results. However, a great deal of work is still to be done. They get sick too often, they have still not returned to all the places of their natural zoogeographical range of habitat and they do not reproduce everywhere. 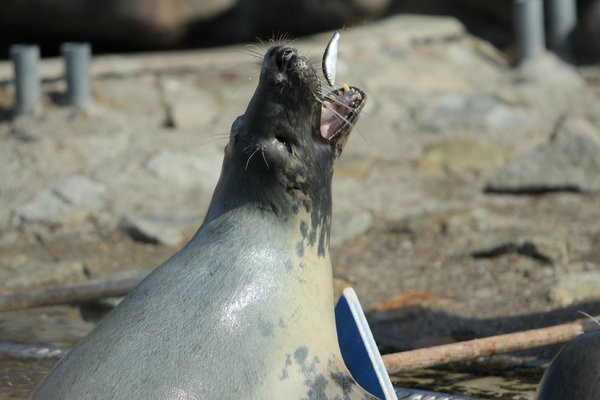 Polish scientists from the Marine Station in Hel at the Gdańsk Bay run a seal aquarium where seals are reproduced and where the rehabilitation of individuals, which were found injured or sick on the Polish coast, is conducted. Researchers attach recorders to young seals that were born in the seal aquarium and are later on released. These recorders provide information about the routes that the seals cover, which helps to protect their habitats. The transmitters fall off within a year when seals moult, which means that they change coat.

“The seal became a symbolic ambassador of the protection of endangered species in the Baltic Sea area and its condition—an indicator of the quality of the marine nature,” says Professor Skóra. “We predicted that our seal centre—the research and rehabilitation centre for seals in Hel—will be visited by around 100,000 people annually; however, the interest exceeded our most daring expectations, because each year almost half a million guests visit this place. The attendance in our centre is often higher than during football matches,” adds Professor Skóra.

The scientist explains that wild seals currently breed in Scandinavia, mainly on the Swedish Islands and on the coast of Finland and they come to the Polish waters to feed and moult. Their favourite place for resting are the sandy patches at the mouth of the Vistula river, where in 2013 the flock of more than 90 seals was sighted. Such a great number of these animals had not been seen for several dozen years. Scientists are currently trying to create safe habitats for these mammals on the Polish beaches, in order to encourage them to breed there again. This would be a real success of restoring the species, which 30 years ago was on the edge of extinction. 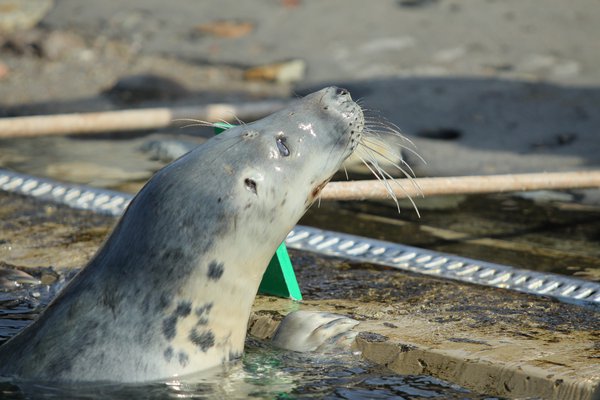 A hundred years ago there were more than 100,000 thousand grey seals; however, the second world war and the intensive hunting reduced their population to less than 5,000. In recent years in Scandinavia 2000-3000 seals are born each year and during the last year’s counting of seals, which was carried out in all of the Baltic States, 30,000 individuals were found. The biggest number of seals—almost 14,500 (mainly belonging to the grey seal species)—were counted in Sweden, while Finland with 10,500 individuals is in the second place.

“We are saving the predator, in order to let it fulfil its ecological role, which in the case of this species consists in the selection of Baltic fish stocks, and therefore the elimination of the most vulnerable and most numerous individuals,” says Professor Skóra. “The same role is played by big fish—however, there were almost fished out. In a few years’ time this goal will probably be achieved. At this moment we do not know what is the so called ecological capacity of the Baltic Sea and at which level the growth of population of grey seals will stop. At present we have around 30,000 individuals. We know that more than a hundred years ago, there were three times as many seals, plus 200,000 ringed seals and 5,000 harbour seals lived in our sea. Their stocks also need regeneration. There is plenty to be done.

The presence of seals on the Baltic Sea coast has also great importance for tourism, which attracts more and more people from abroad. In recent years almost half a million foreigners visited the Polish seaside annually. 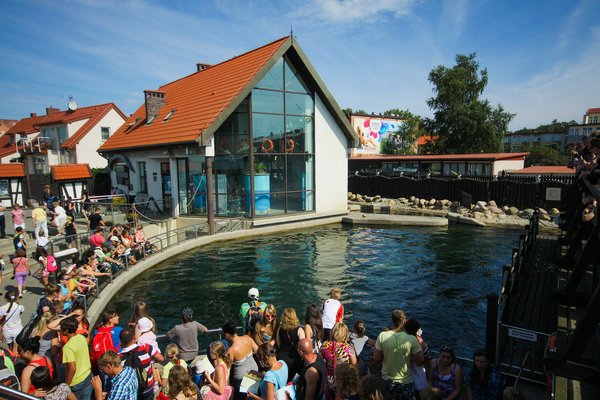 To the rescue of porpoises

Marine Station of the Gdańsk University Institute of Oceanography also runs a rescue programme of porpoises, the only cetaceans that made the Baltic Sea their home. The protection of these mammals is much more difficult than it is in the case of seals: porpoises lead an incredibly secret life and according to scientific estimates, there are only around 100-500 remaining ones.

This species was recognised as critically in danger of extinction. Despite this, there is still a chance of saving it. There is a continuing action of counting the porpoises on the basis of the sounds that they produce. Thanks to the recorders placed in various regions of the sea, the scientists will find out not only how many of them are left, but also where they most willingly stay. It is a well-known fact that noise harms them and it is a huge problem in the Baltic Sea area. Perhaps, however, it will be possible to create quiet refuges for porpoises. There are also plans to build a porpoise centre next to the seal centre in Hel.