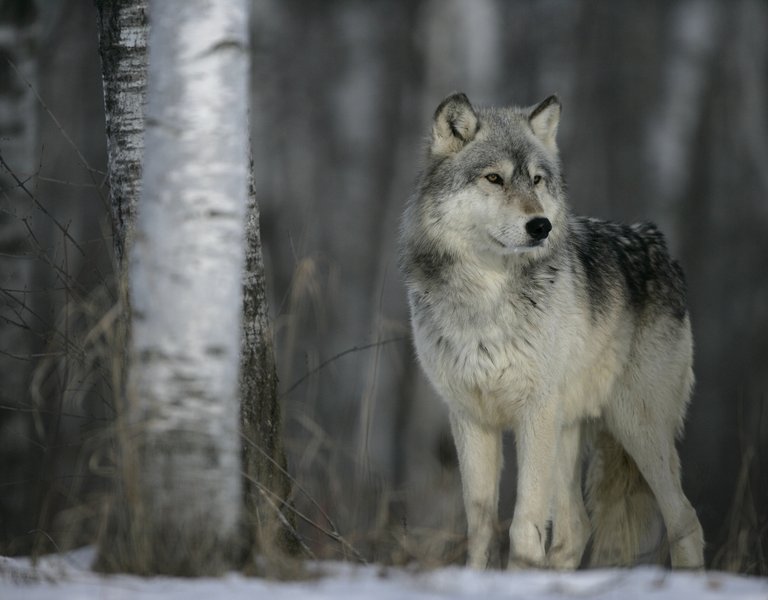 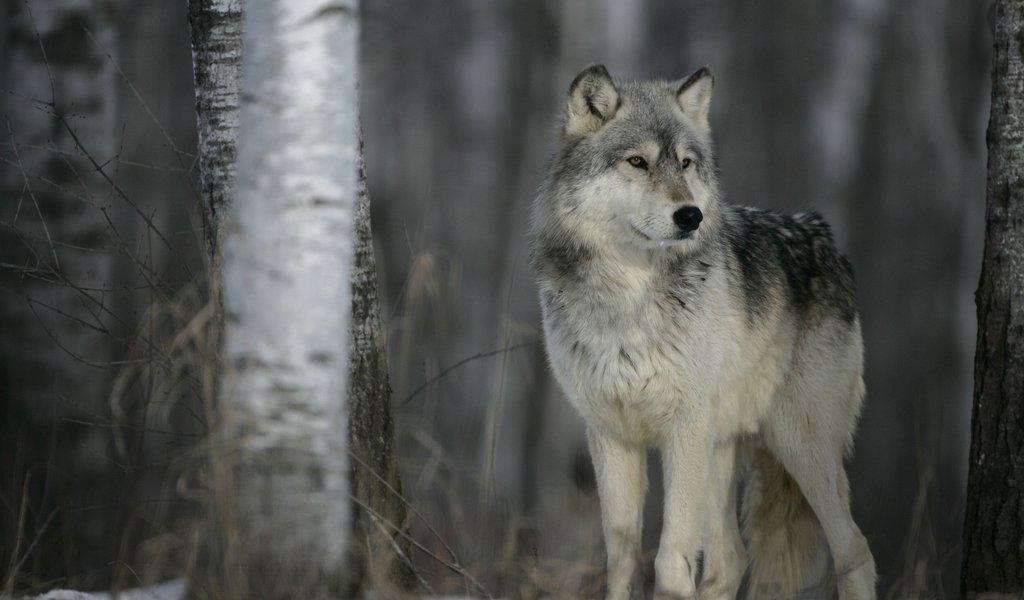 The number of large predators is growing in Poland. Wolves feel so good here that they contribute to the replenishment of their population in our Western neighbours.

“It is estimated that around a thousand wolves live in Poland, and their range is constantly widening,” says Dr Robert Mysłajek from the Institute of Genetics and Biotechnology, Faculty of Biology, University of Warsaw. He is a co-author of the 2014 article in the Science magazine, which described the rebirth of large predator populations in Europe. “The wolves, once almost eradicated from the forests of western Poland, are now re-colonising these areas. Sometimes they migrate even further, beyond our Western border. Genetic tests have shown that some of them make their way as far as Denmark and the Netherlands.” 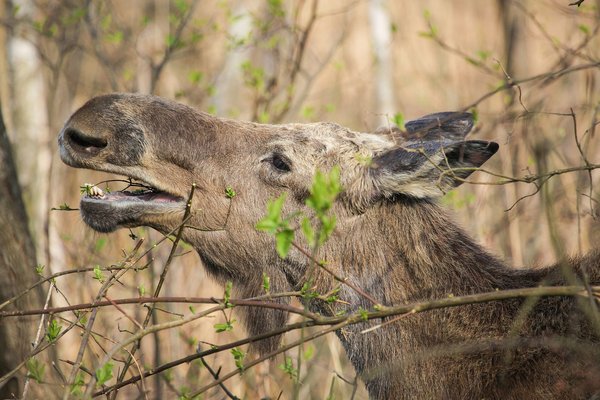 Wolves live in 22 European countries, and their population is around 12,000. As the scientist points out, every animal needs a fairly sizeable territory of up to 200-350 square kilometres. A young animal entering adulthood has to find this territory, and western Polish forests that have not been densely colonised by wolves yet are perfect for that. This explains the growing presence of these animals in the Lower Silesian Wilderness, the Wałcz Forest, and the Drawa National Park.

But the largest group of Polish wolves still inhabit the Carpathian mountains; a considerable number also live in the forests of north-eastern and eastern Poland, that is in the Białowieża Forest and the regions of Podlasie, Warmia, Masuria and Roztocze.

“Compared with the rest of Europe, Poland is really rich in forests – they cover up to 45 percent of certain western provinces,” says Dr Mysłajek. “Additionally, there is a large number of hoofed mammals living in our forests, i.e. roe deer, red deer, and boars on which the wolves feed. This is conducive to the growth of predators’ population.”

A programme of wolf protection, put into action in 1998, has achieved good results in Poland: poaching has declined and there is no social consent for killing wolves. The animals sometimes live near human habitats, contrary to what is happening in the USA or Russia, where they are pushed to territories uncharted by man. Goats and sheep are keenly hunted by wolves, so the Polish government pays compensations to the breeders who come to grief. Wild animal protection organisations also help in training sheep dogs and building electric fences, which ensure proper protection from wolves. 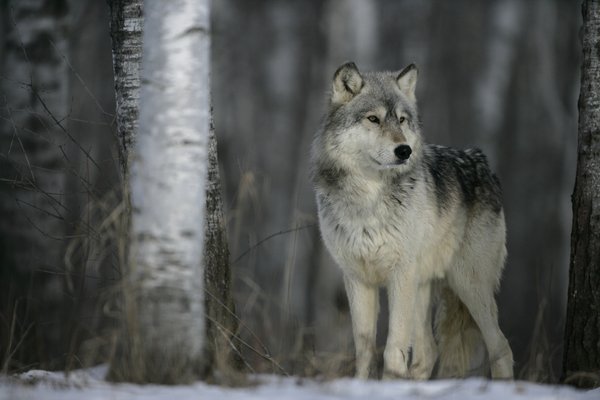 Bisons and other animals in the Białowieża Forest online

Tawny owls in a forest near Olsztyn

Feed for animals in the Pisz Forest

Moreover, Poland can be proud of its ecological corridor system, i.e. green belts that guarantee connectivity between various forests. This allows the animals to migrate, and go on their periodic wanderings that have been taking place on these paths for hundreds or even thousands of years.

“We are lucky that the building of expressways and motorways in Poland started after we learnt how large predatory mammals are distributed and what impact the fragmentation of habitats has on the animals,” says Dr Mysłajek. “As a result, the newly built road infrastructure is accompanied by a well-developed system of passages for animals.”

For example, Autostrada Wielkopolska, the contractor of the A2 motorway connecting Warsaw with the German border, has built over 150 passages for animals: 26 for large animals, 12 for medium-sized, and 68 for the small ones. An additional 50 passages were provided for lizards and  amphibians. This makes the Polish A2 motorway the most environmentally-friendly one in Europe. The A4 motorway, running at the base of the Sudetes and Carpathian Mountains in the south, features similar facilities. Scientists monitoring the motorway have observed that animals can pass these green bridges over 5,000 times during one year.

Other large predators such as lynx and bears are not as well-adjusted to man’s expansion. There are about 100 bears and over 200 lynx in Poland, but this is difficult to ascertain because they are solitary animals. However, they, too, are making a return in Europe. Brown bears can be found in 22 countries, mainly in the Dinaric Alps on the Balkan Peninsula, and there are around 17,000 of them altogether. When it comes to lynx, 9,000 have been counted in 23 countries. 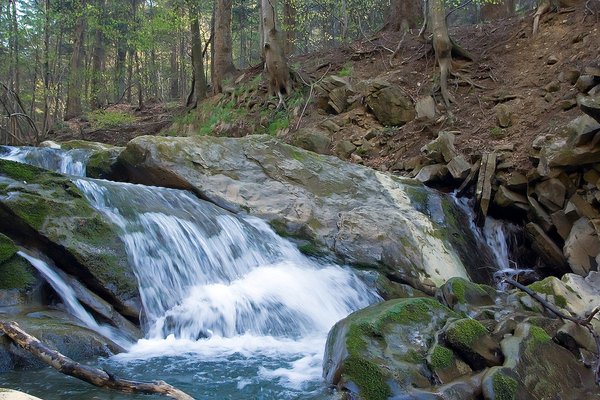 Where you can find large predators in Poland

Wolves in Poland mostly inhabit the Carpathians, with the largest number living in the Bieszczady Mountains, which, being sparsely populated, offer the best habitat. Wolf areas are also scattered across other parts of the Polish Carpathians, i.e. in the Beskid and Tatra Mountains. The animals can also be found in the Podlaskie Province, including the Bialowieza and Augustow Forests, and in Warmia and Masuria. Several dozen wolves live in the Roztocze in the Lublin Province. Wolves have recently been colonising the forests of western Poland, including the Pomeranian Lake District, the Dolnoslaskie Forest and the Waleckie Forest. They can also be spotted in the Drawa National Park. The Association for Nature WOLF estimates Poland’s wolf population at 900–1000 specimens.

Poland is thought to have a population of around 100 brown bears. Approximately 60 of those beautiful animals live in the Bieszczady Mountains, mostly in their south-eastern part. The Tatras—both in Slovakia and Poland—are home to around 45 bears. The animals are also sighted in the wilderness areas of Babia Gora and Wielka Racza in the Beskid Zywiecki Mountains.

Half of Poland’s 200 lynxes live in the Carpathians and the Carpathian Foothills; they especially like the Bieszczady and Beskid Mountains. One-third of the population live in north-eastern Poland, in the Bialowieza and Augustow Forests. As a result of the reintroduction in the 1990s, lynxes also roam Warsaw’s near countryside, the Kampinos National Park.