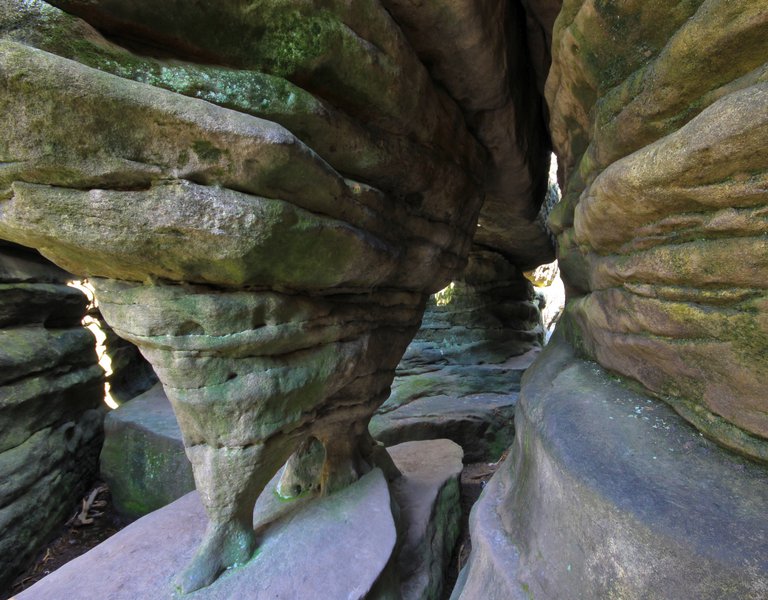 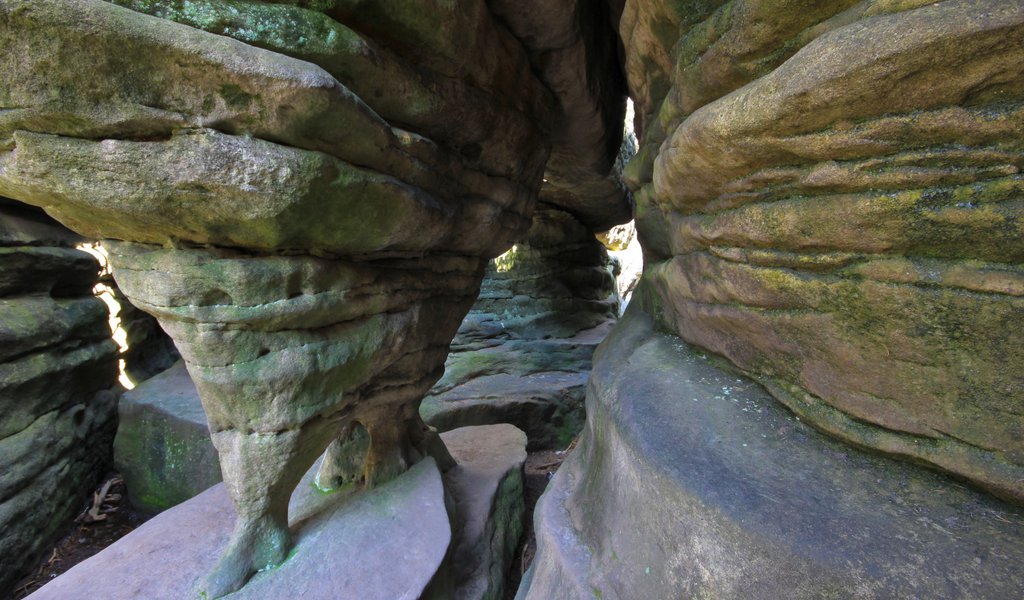 Famed for its rock labyrinths adorned with exceptional boulders in shapes representing animals and mushrooms.

Stołowe Mountains National Park is located in the Central Sudetes, in the south-west portion of the Kłodzko region, at the border with the Czech Republic. It neighbours the Karkonosze, Bystrzyckie and Orlickie Mountains, and Broumovska Vrchovina on the Czech side, itself a portion of the same formation.

The largest attraction of SMNP - this national park -is its picturesque rock bastions traversed by caves and labyrinths, as well as boulders, known as “mushroom rocks”, featuring shapes not seen anywhere else in Poland. These formations were created by eroding sandstone, which dominates these lands.

The most popular tourist destinations are the rock formations of Szczeliniec Wielki (919 m.a.s.l.), one of the Stołowe Mountains' highest points, and the Błędne Skały labyrinth, also known as "rockville".

The park is home to a large number of wild animals, such as deer, bucks, wild boars and foxes. The cracks between rocks house the nests of bats and numerous rodents, including the rare dormouse.

Near the park there are several well-known resorts: Polanica-Zdrój, Duszniki-Zdrój and Kudowa-Zdrój, famed for their healing mineral waters. They boast extensive tourist facilities, including sanatoriums, hotels, and bed and breakfasts. The towns are historical monuments with structures dating back to the 17th and 18th centuries.