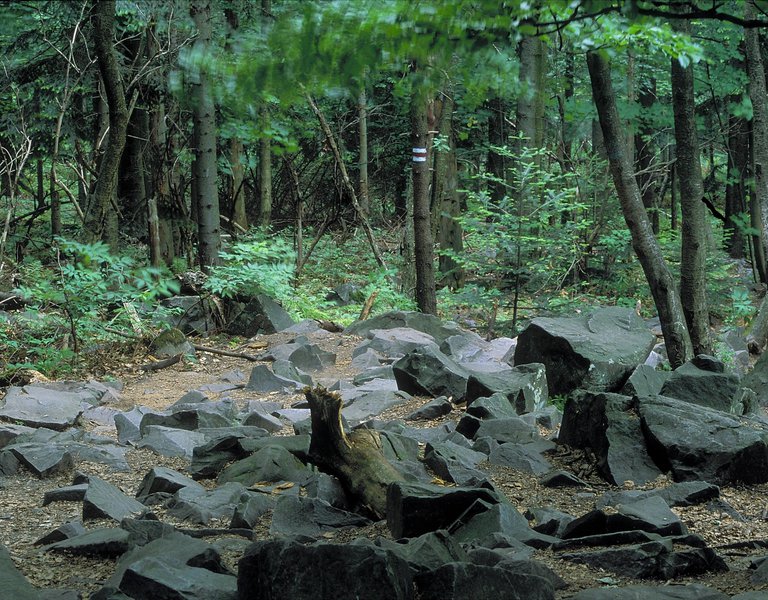 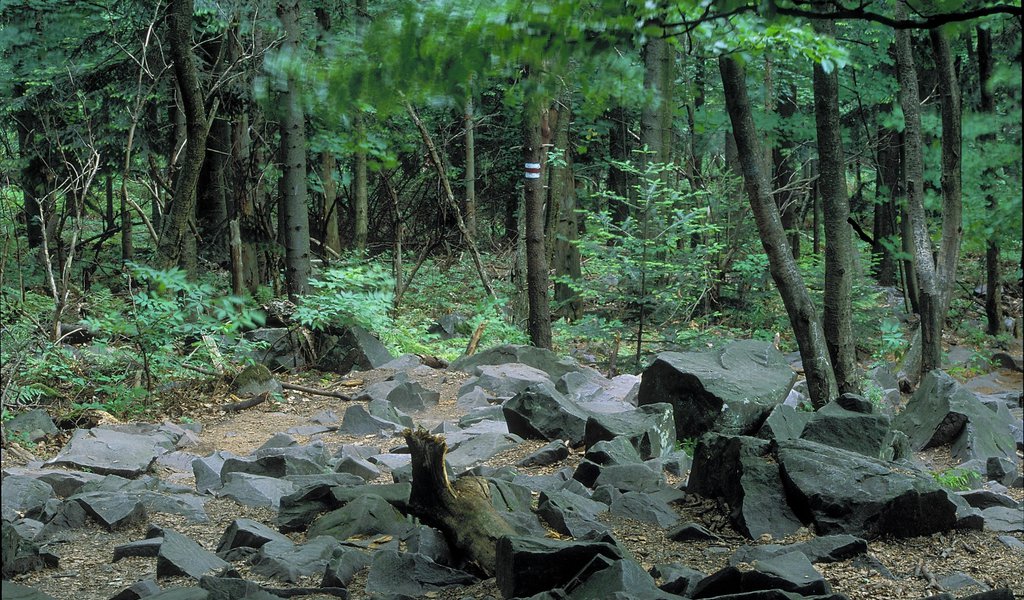 The oldest Polish mountain range features traces of dinosaurs and a medieval abbey where the earliest Polish literature was created.

The name of the Świętokrzyskie Mountains derives from the Catholic relics of the Holy Cross (in Polish: Święty Krzyż) stored in the historic sanctuary (former Benedictine abbey) at Łysa Mountain (594 m a.s.l.), the second-highest peak in the range. The building dates back to the 12th century. In the 13th and 14th centuries, the oldest pieces of Polish literature were created there: ‘Kazania Świętokrzyskie’ [‘Holy Cross Sermons’] and ‘Pieśni Łysogórskie’ [‘Songs of the Łysa Mountain’].

The Łysa Mountain is also known for the centre related to the Slavs' religion, which used to be situated there in the early Middle Ages (9th – 10th century). What remains of it to this day are fragments of cult earthwork surrounding the peak. Memories of it survived in Polish legends which tell about witches' Sabbaths held on the summit of the Łysa Mountain.

In the Świętokrzyskie Mountains, the most numerous traces of dinosaurs from the Jurassic period (201 to 145 million years ago) in Poland have been discovered, most of which have been preserved in the form of paw prints. They included traces of carnivorous allosauruses and giant herbivorous sauropods. They can be admired in the Jura Park in Bałtów.