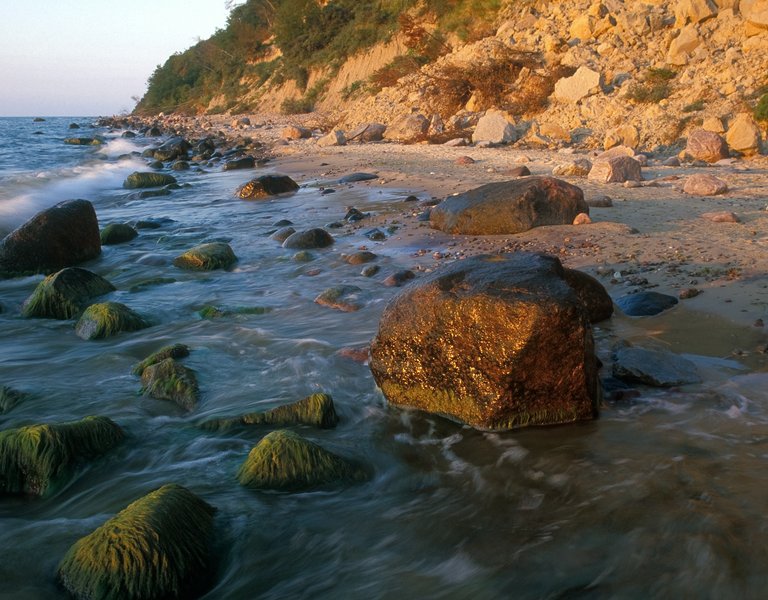 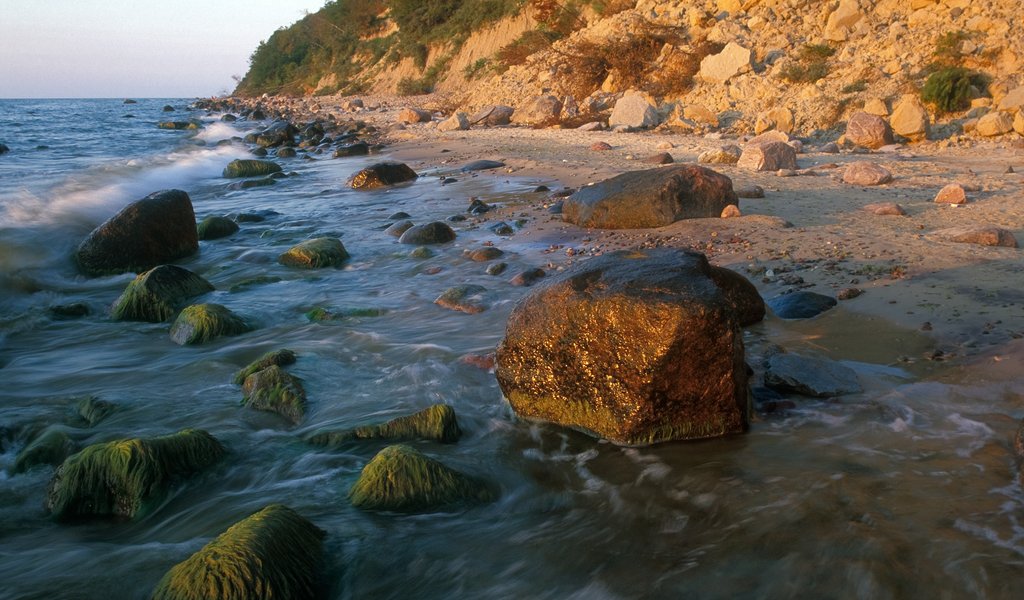 In the Wolin National Park, tourists can climb a cliff, watch bird migration or take part in the Slavs and Vikings Festival.

The park is located on the Wolin Island in the Baltic Sea, near the border with Germany. It is easy to reach from the nearby sea harbour in Świnoujście, with a generous choice of accommodation options to choose from. Owing to the inclusion of the surrounding waters of the Baltic Sea and the archipelago of coastal islands to the protected zone, the Wolin National Park has become the first maritime park in Poland.

On the Wolin Island, even the most demanding tourists will find something to suit their tastes. Its landscape includes over-one-hundred-metres-high hills (the highest of them – Grzywacz – at 116 metres a.s.l.) and the highest cliff shore in Poland with precipices reaching 95 metres. In the middle of the island, there are nine lakes; in the south there are swamps, and the shore of the Baltic Sea offers appealing beaches and lidos. The most famous one is located in the Międzyzdroje health resort. Wolin is dissected by a number of bicycle trails.

The landscape of the park is constantly evolving. Due to erosion, the cliffs recede by ca. 80 cm a year. Also the shape and number of small swampy islands in the Świna strait between Wolin and the neighbouring island of Uznam fluctuates.

The park has been added to the European Network Natura 2000. Its area is mostly covered by forests, but it also has a considerable share of plants characteristic of coastal beaches or cliffs. They also include many rare and protected species.

Wolin is located on the main bird migration path along the coast of the Baltic Sea. The estimated number of bird species in this area is nearly 230. During spring and autumn migrations, swampy islands in the Świna strait, providing shelter and rest to water and wetland birds flying over these areas, are a particularly valuable territory for the entire continent. The white-tailed eagle, a very rare bird that takes shelter here, is the symbol of the park. The waters of the Baltic Sea surrounding Wolin are inhabited by very rare porpoises, cataceans related to dolphins, as well as increasingly numerous grey seals.

The park includes a European Bison Showcase Enclosure, where these animals are bred and transferred to other herds, also abroad. The names of bisons born in Poland begin with ‘Po-’ (the first syllable of POLAND). The park also houses the only Poland-based exposition of a secret World War II weapon – the V3 supergun – in a spot where a German rocket base used to be during the war.

Another point of interest is the Centre of Slavs and Vikings, an early medieval archaeological heritage park in Wolin, where an international festival is organised at the end of July and beginning of August. It includes staged battles, handicraft workshops and performances by bands playing historical melodies. The event has gained European recognition.