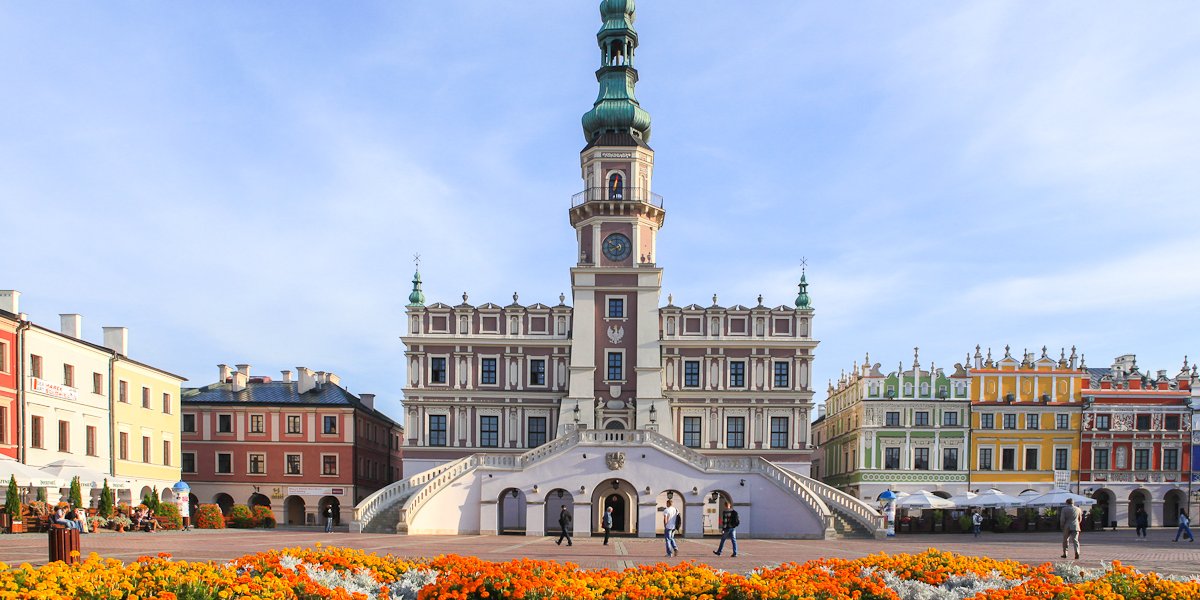 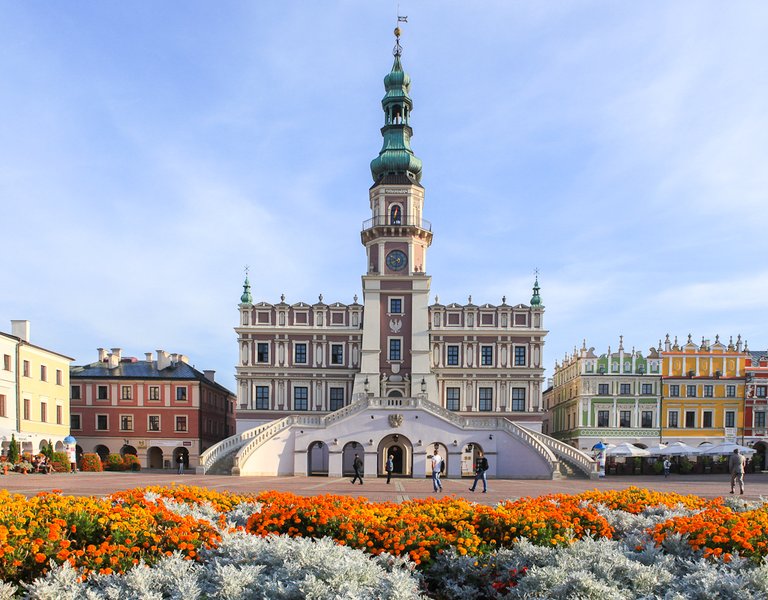 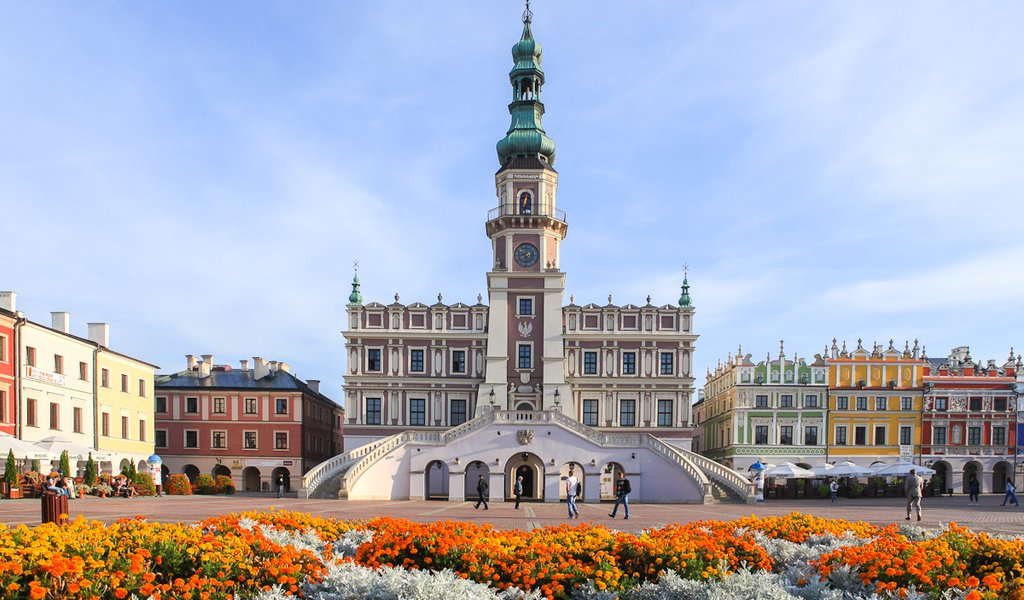 Zamość was founded in the 16th century by Chancellor Jan Zamoysky on the trade route linking western and northern Europe with the Black Sea.

Built in the open country, Zamość was modelled on Italian theories of the 'ideal city' according to the plan of architect Bernando Morando, a native of Padua. It has retained its original layout, fortifications and a large number of buildings that combine Italian and central European architectural traditions.

The town’s layout was supposed to resemble the human body. The Zamoyski Palace was its head, while its backbone was Grodzka Street, intersecting Great Market Square from east to west. The side streets, such as Solna or Moranda, were meant to be the arms. Dating from the 16th century, Great Market Square is one of Europe’s magnificent city squares, complete with picturesque tenements and arcades basked in shade.

Many people call Zamosc “a pearl of the Renaissance” – not only because the town is surrounded by bastion fortifications of the distinctly Renaissance type and tenements from that time account for the majority of buildings in Zamosc, but also because its cathedral ranks among the most outstanding accomplishments of late Renaissance architecture.

Zamosc stands out on account of its tenements, which have their own names and stories. The most famous ones are called wilczkowska, “under the angel,” “under the wedlock,” abrekowska, szczebrzewska, turobińska and linkowska.

The “Renaissance Pearl’s” defining symbol is its Town Hall crowned with an attic with a fan-shaped double stairway and a tall clock tower, from which a bugle call is played at noon.