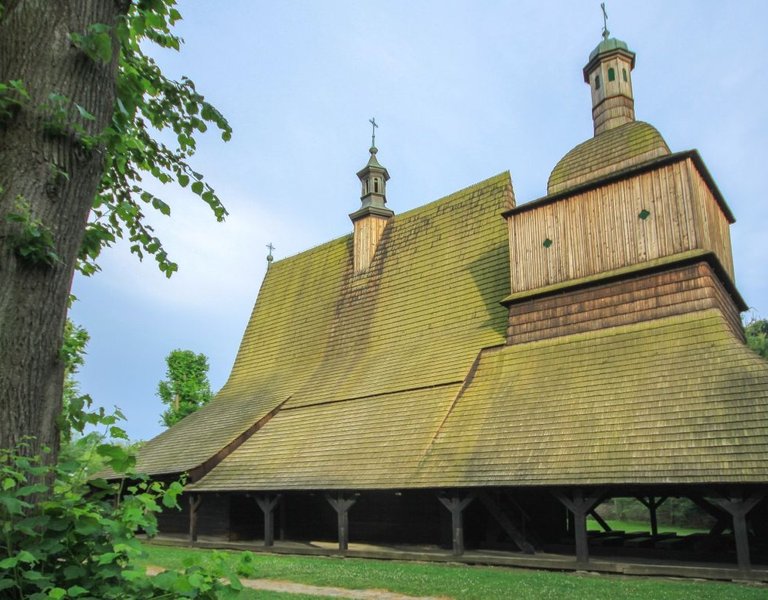 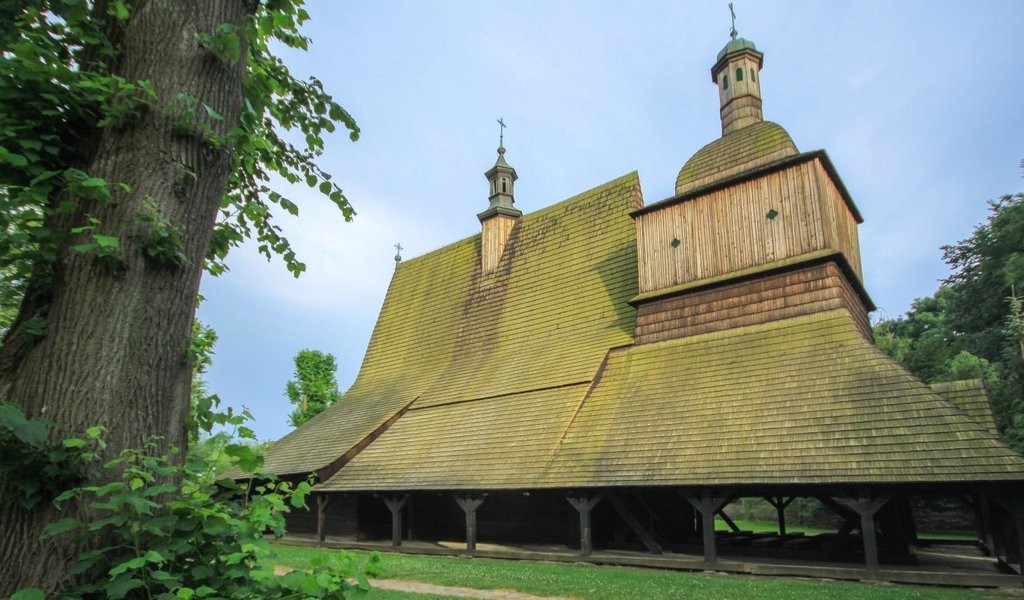 The wooden churches of southern Małopolska represent outstanding examples of the different aspects of medieval church-building traditions in Roman Catholic culture. They were built using the horizontal log technique, common in eastern and northern Europe since the Middle Ages.

St Michael the Archangel’s Church in Binarowa and All Saints’ Church in Blizne are decorated with polychrome and valuable furnishings. Over the centuries, St Michael the Archangel’s Church in Debno Podhalanskie has kept its Gothic appearance, which is now its distinctive hallmark. The Church of the Assumption of the Virgin Mary in Haczow is in turn the biggest wooden temple in Europe. The UNESCO list also includes St Leonard’s Church in Lipnica Murowana, and the Church of St Philip and St James the Apostles. The latter, sometimes referred to as the Gem of the Lower Beskids, is considered by many to be the most beautiful wooden church in Malopolska.

The complete Trail of Wooden Architecture in Malopolska is 1,500 km long.