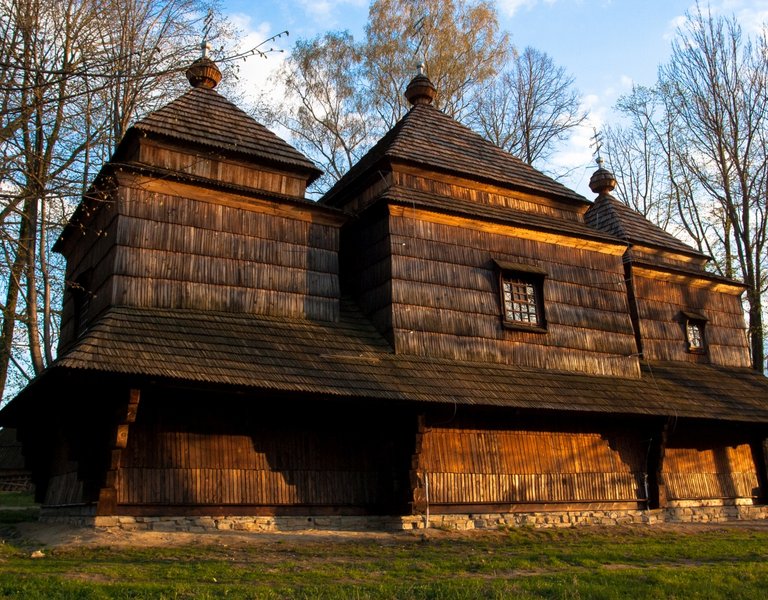 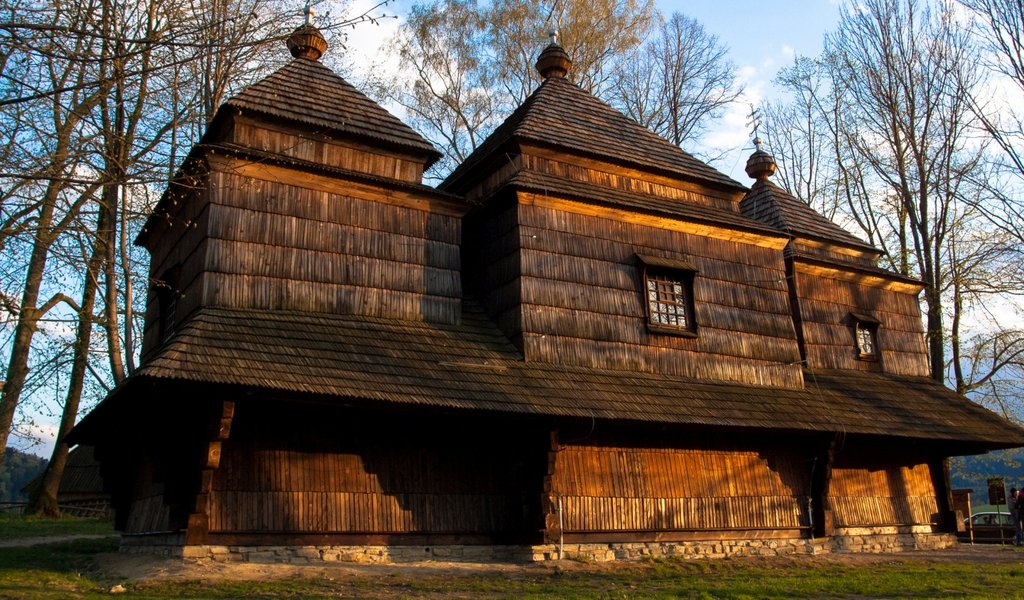 Wooden Tserkvas of the Carpathian Region in Poland and Ukraine

The tserkva in Chotyniec, which has the rare feature of a gallery running round the chapel, is one of Poland’s oldest wooden Greek Catholic churches. Next to the building are remnants of an old cemetery and a wooden belfry. Built in the 17th century, the tserkva in Kwiaton, which now houses a Roman Catholic filial church, is one of the best preserved classic West Lemko temples, complete with all attributes. The tserkva in Turzansk is in turn a rare example of the East Lemko church. Polychrome decorations depict the beginnings of the Christianisation of Rus. Evangelical scenes feature a number of local motifs – the Passion is set in the landscape of Turzansk, while Christ is presented as visiting a Lemko homestead. The Lemko community continue to use the temple to this day.

These Orthodox and Greek Catholic churches stand out against the wooden sacral buildings of other parts of Europe owing to their complex structures. Built using the horizontal log technique, they are surmounted by open quadrilateral or octagonal domes and cupolas. They have wooden bell towers on the outside and iconostases and polychrome decorations in the inside. Nestling on picturesque hills near springs and rivers, they amaze with the ingeniousness of their details.

Tserkvas are an extraordinary achievement of the wooden architecture of that period. Today, they still inspire awe with their various forms and types, masterly woodwork designs, and stylistic richness. All these characteristics make them stand out from wooden church architecture in other parts of Europe.