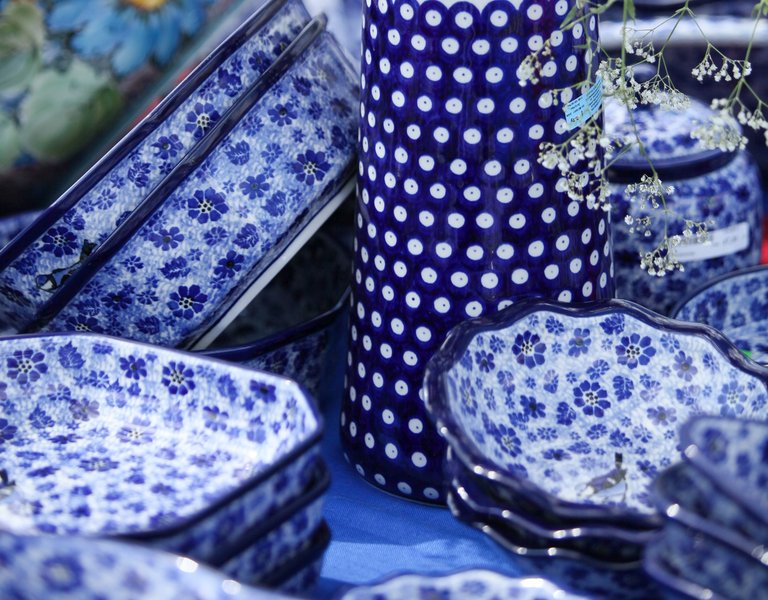 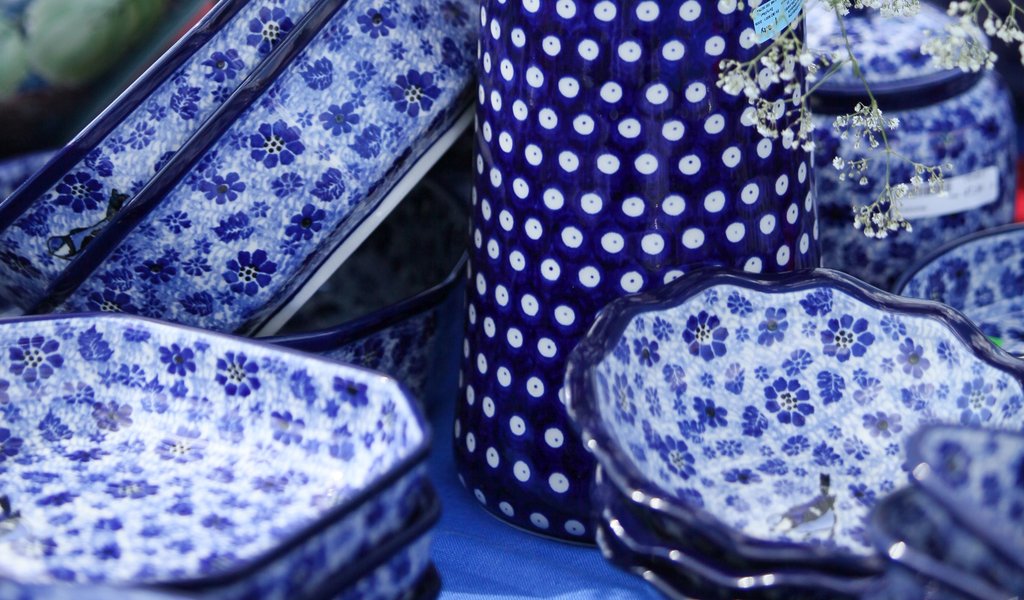 Ceramics from Bolesławiec are well known all around the world. They are popular among Poles as well as tourists looking for a souvenir to take home. Bolesławiec boasts a Ceramics Museum and a Ceramics Festival held annually on the third weekend of August.

The Ceramics Festival is probably the most important cultural event in the town of Bolesławiec, situated in the Lower Silesian Voivodeship, in southwestern Poland. It is attended by locals, proud of their heritage, but also by visitors from all over Poland and beyond, and its ever-growing popularity proves just how crucial the ceramics industry is for the region.

There are many pottery producers in Boleslawiec and in the area around it – from small family firms to large-scale manufacturers, such as Zakłady Ceramiczne “Bolesławiec”. All their products are hand-made using the traditional stamping technique. They come in different shapes and patterns, but it is the cobalt blue dots and flowers that are the most iconic.

However, Bolesławiec is Poland’s capital of the ceramics industry, but also of clay modelling, which is also showcased at the Bolesławiec Ceramics Festival.

“We want to show our visitors that, yes, clay is used to produce cups and saucers, but clay modelling is also an art,” says Ewa Lijewska-Małachowska from the Bolesławiec Cultural Centre, “and our open-air workshops, and exhibitions that follow, are proof of exactly that.”

A carnival-type parade traditionally opens every edition of the Ceramics Festival, and it is most probably the only such parade in the world! It gathers thousands of people all dressed in cobalt blue. The day after the Festival’s inauguration is the Clay Day and the Clay Figures Parade with participants wearing fancy costumes covered in clay.

The programme of the Ceramics Festival also includes concerts, exhibitions, workshops, shows and contests, such as the the potter’s wheel rolling contest.