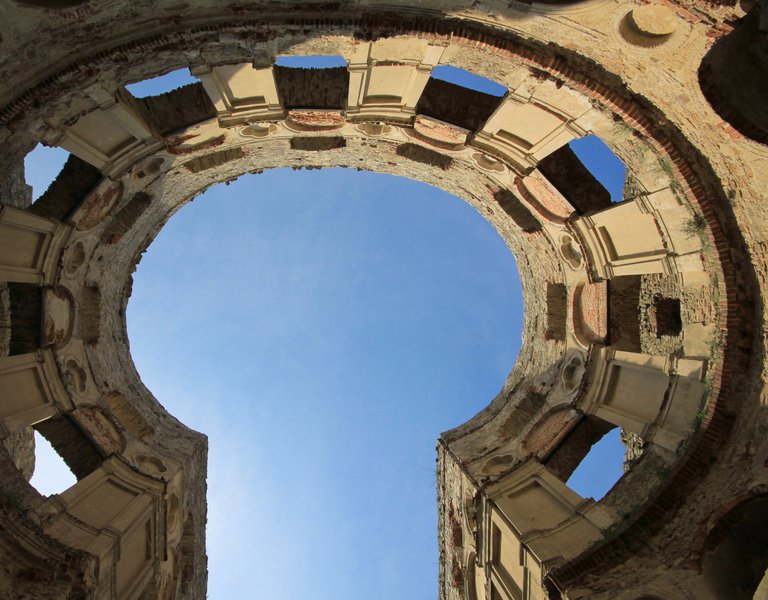 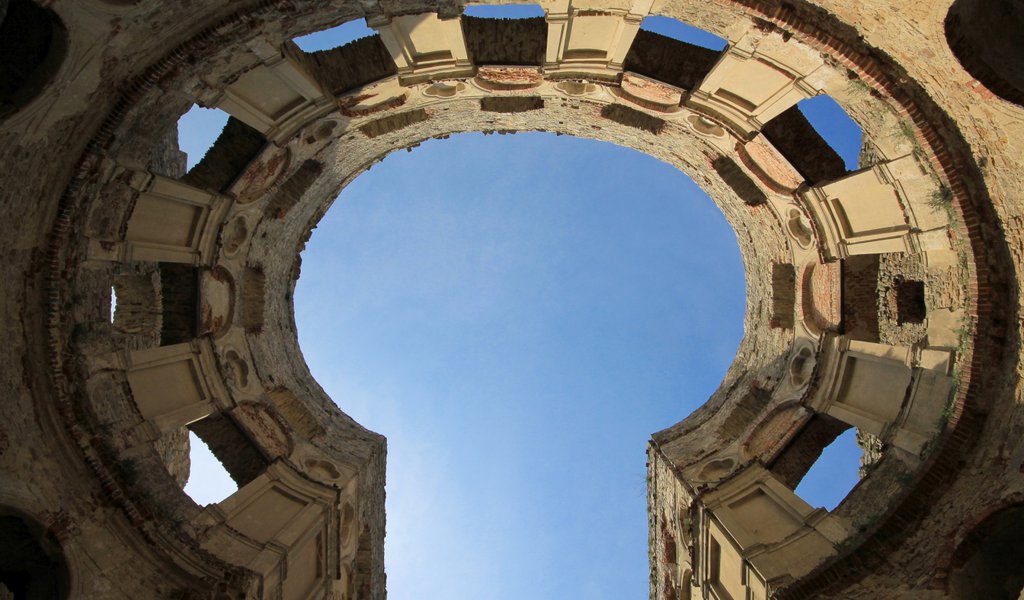 A castle full of magic

The 17th-century Krzyżtopór Castle still attracts tourists with its mysterious atmosphere. A knight in Hussar armour or a Dungeon closed with three locks feature in just two of many legends related to this captivating place.

The main gate of the castle is adorned with a cross and an axe – the symbols and credo of its owner, magnate Krzysztof Ossoliński. The construction of the castle began at his request in 1627, but has never been concluded. The architecture of the building relates to the castle of the Italian Farnese family in the village of Caprarola. The uniqueness of the structure lies in its shape, which resembles a fortress on pentagon plan.

According to archaeologists investigating the castle's history, its interiors were highly original at its big time. The dining room in the tower used to have a glass roof with a view on an aquarium with exotic fish. In the dungeons, a spring still flows, whose water, Krzyżtopożanka, has a characteristic taste and healing properties.

Tourists can visit almost all rooms and halls on the second floor of the castle. In the former stables, concerts are organised due to their magnificent acoustic properties.

Old times’ enthusiasts may walk along a dark underground corridor and recall the legends of the castle: 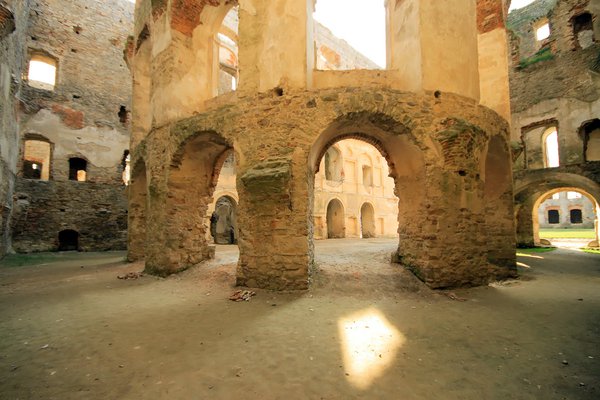 As the story goes, there is treasure hidden in the dungeon – three barrels filled with gold, silver and copper coins. Yet the treasure rests behind three doors guarded by a phantom with a devilish laugh. As the legend goes, the door will open and the phantom will disappear when the wrong done to people will be made up for.

A knight at the gate

According to a legend, one night in the 17th century, castle guards were woken up with loud hoof-beats. Instead of a cavalry, the surprised guards saw only one knight, whom they recognised as the owner of the castle – Krzysztof Ossoliński. The main gate was opened, but the apparition vanished in mid-air. After a while, news of the owner's death reached the castle. Since that day, a sullen horseman standing next to the castle walls would sometimes be spotted there.