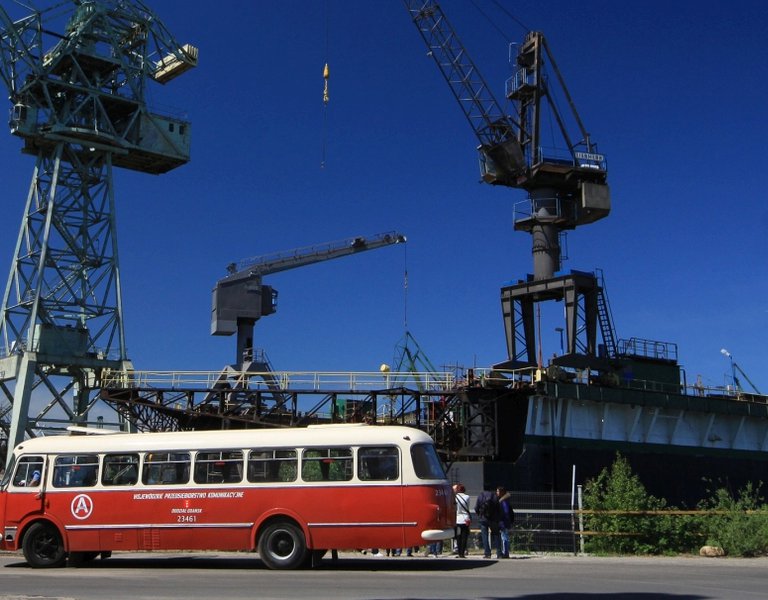 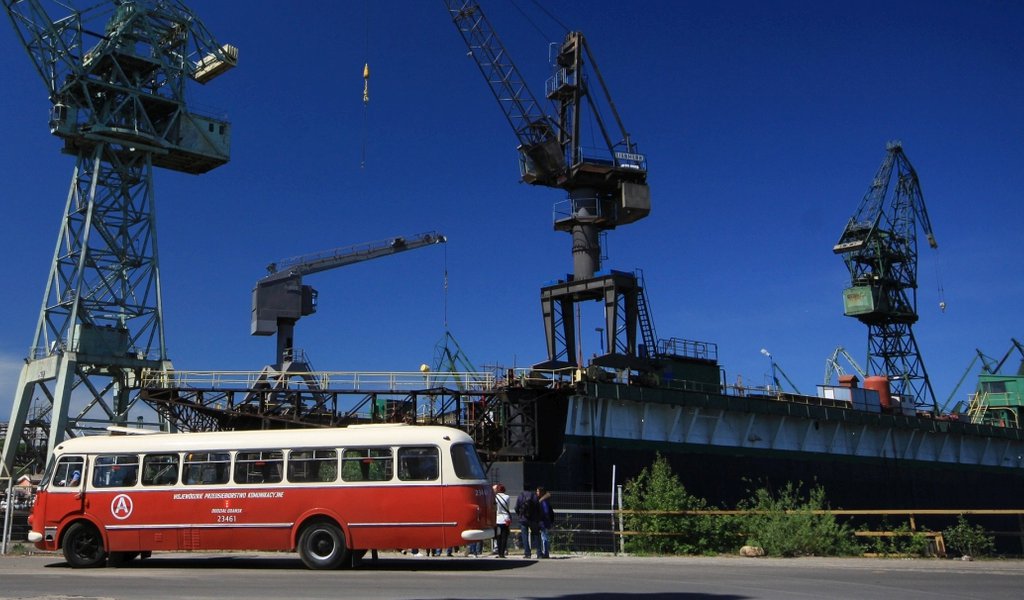 By cucumber through the Gdańsk Shipyard

During a visit to Gdańsk, it is worth taking a subjective bus line aboard the historical ‘Cucumber’ Jelcz bus.

The main attraction of the subjective bus line is the possibility of visiting the Gdańsk Shipyard – the workplace of Lech Wałęsa, who has been awarded a Nobel Peace Prize. It is an important place in the history of not only Poland, but the entire Central and Eastern Europe. It is here that free Poland and the ‘Solidarity’ movement were born, which is why the Shipyard attracts tourists from all over the world.

On its way through the Gdańsk Shipyard, the bus has a few stops: next to the former workshop of Lech Wałęsa or the wall that Wałęsa jumped over during the strikes in 1980. The ‘Cucumber’ also stops next to the Imperial Dockyard and the former Health and Safety at Work Hall, where the August Accords between the government of the People's Republic of Poland and the strike committee were signed in 1980. On behalf of the striking workers, Lech Wałęsa wrote his name with the now famous huge pen with the image of John Paul II.

The ‘Cucumber’ departs from the Monument of the Fallen Shipyard Workers at Trzech Krzyży Square. Tourists are guided by the former workers of the Gdańsk Shipyard, who still remember the atmosphere and the characteristic features of the plant. The entire route is a subjective choice of the guide who leads the tour on a given day. However, it is always possible to change the itinerary if the group shows a specific interest in something. The tour takes ca. 90 minutes.