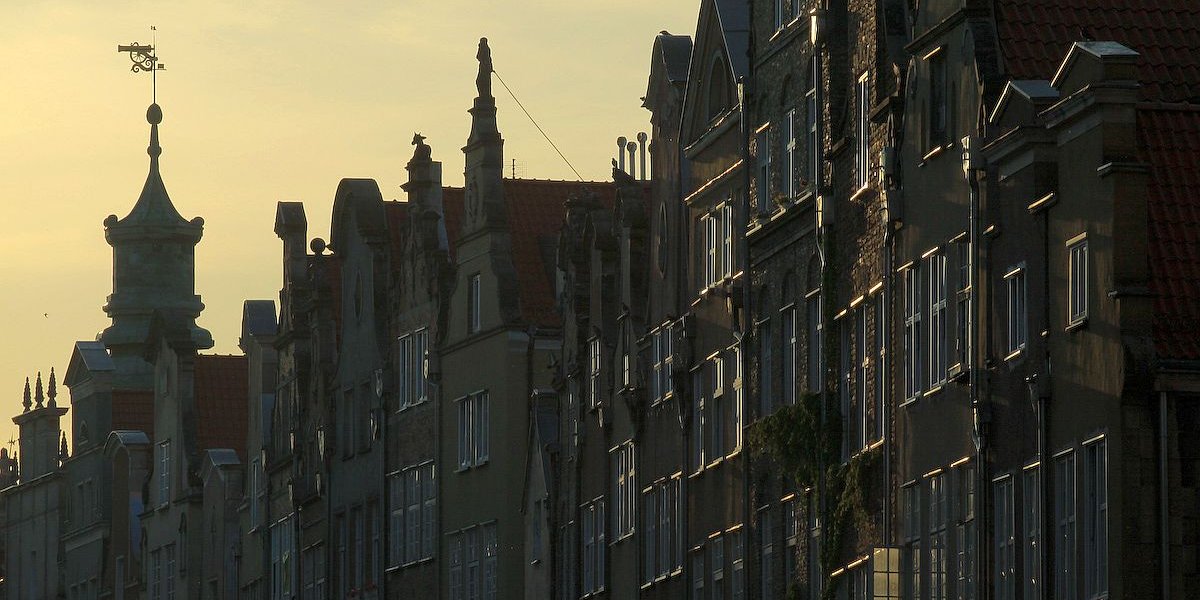 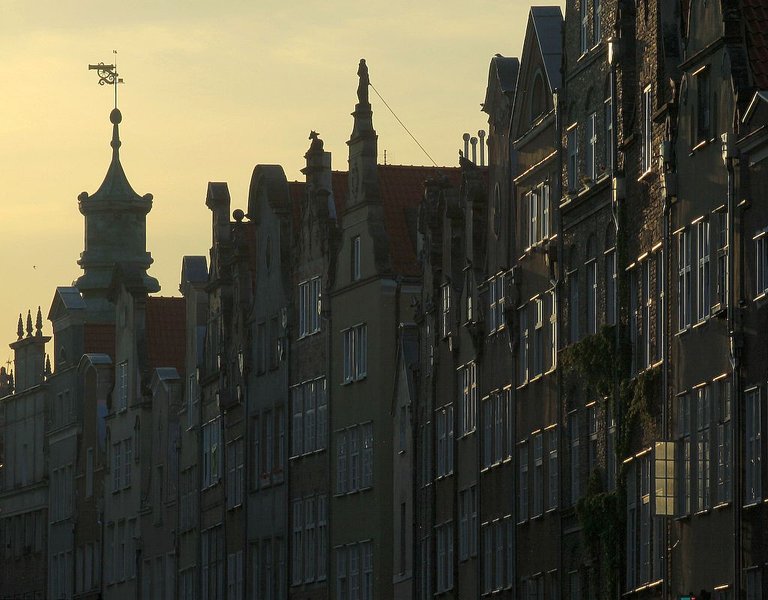 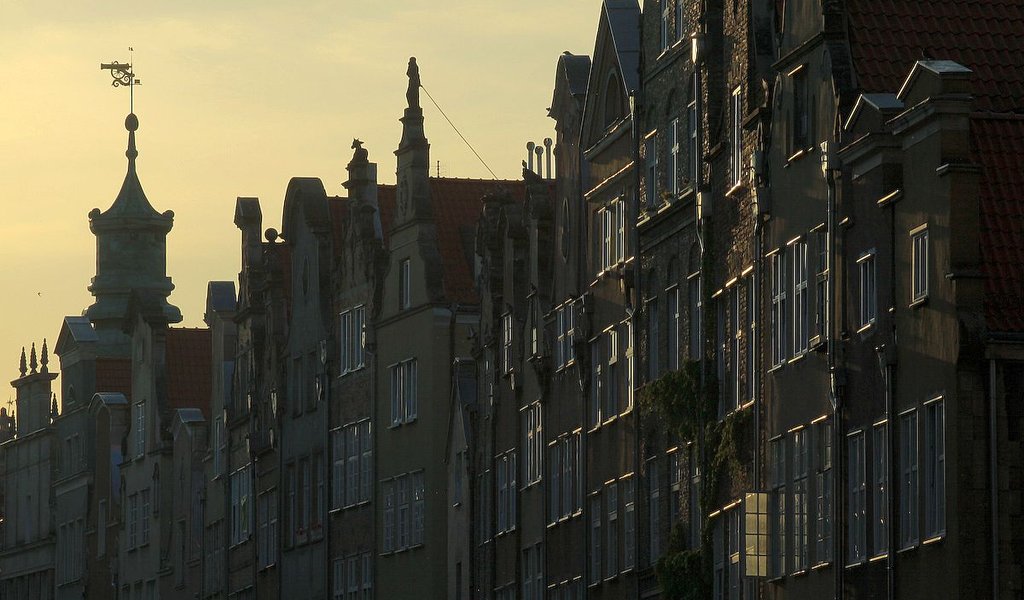 In the nineteenth century, Gdansk was ruled by Prussia. The city was rescued from the state of decay by new railway connections, elimination of customs duties and the opening of new shipyards and factories. Traditionally, German culture and language played a dominant role. Nonetheless, as a result of industrialisation and the inflow of rural population in the second half of the century, an important centre of Polish identity was established here. In 1920 Gdansk became the Free City. According to estimates, in 1923 Polish people accounted for 15% of city population. 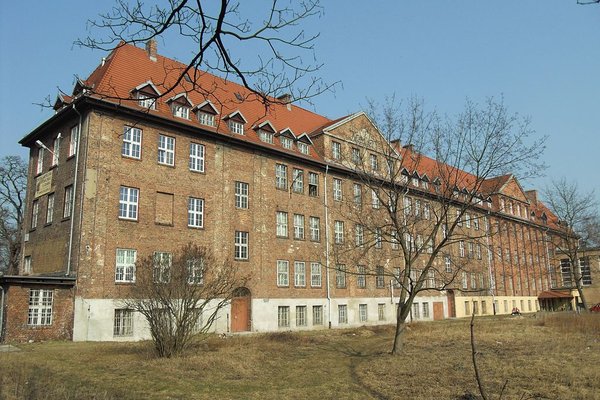 Our walk will start in a place related to Helena Żelewska, a member of Polish diaspora, teacher and social activist. Żelewska completed her education in 1898 and settled in Gdansk, where she stayed throughout her life. She worked in several schools, including in 1922–1931 in the Polish Gymnasium of Polish Educational Society (Polska Macierz Szkolna), attended by children from around the country. Because of differences in local dialects, it was a challenge to teach them in Polish. Helena tried to level out these differences as well as their opportunities for the future. Additionally, she was involved in the Polish Railway Station Mission (Polska Misja Dworcowa), aiming to protect girls arriving in the city against dishonest employers. Together with other activists, she patrolled railway platforms and port quays to look for girls who travelled alone from Kashubian villages. She offered them accommodation in a shelter and helped them in finding jobs in Polish houses.

This address evokes the figure of Wanda Czyżewska, an activist born in 1886 to a family with strong patriotic traditions. Her father and mother firstly published Polish newspapers and, after the censorship was introduced, they published illegal Polish prints and brochures, using a printing office situated next to their house. In the printing office Wanda gained experience that enabled her to apply for a typesetter diploma and then she graduated from the two-year School of Commerce as the only Polish woman that year. 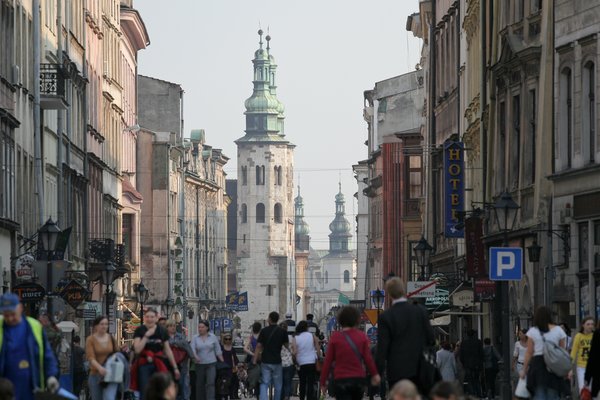 When in 1906, the first women’s organisation, Society of Polish Women, was established in Gdansk, Wanda became its secretary, and in 1910–1912 she was its president. The aim of the Society was “to integrate Polish women, work for the promotion of Polish identity and fight against the Germanisation of girls of Polish origin”. Women involved in the Society's activity organised secret classes for Polish children, took care of children in a childcare house and conducted educational activities, such as courses in Kashubian embroidery or folk costumes sewing. In this wide array of activities, the value of democracy was of particular importance: the Society gathered together women of various classes and layers, with different level of education. In 1919, Wanda launched the first childcare house for Polish children from poor families in Gdansk and she partially financed the facility herself. She also started to publish a weekly for women entitled “Pomorzanka” that discussing social and national issues inspired by Polish literature and history. Czyżewska was also engaged in politics and was elected to the Senate, but due to her deteriorating state of health she was forced to renounce her mandate. Still, she stayed active: she took part in the meetings organised by the Polish diaspora, launched a printing house in Gdynia, and pursued her passions by completing driving and shooting courses. She survived the Second World War and was involved in social work until she died in 1970s. 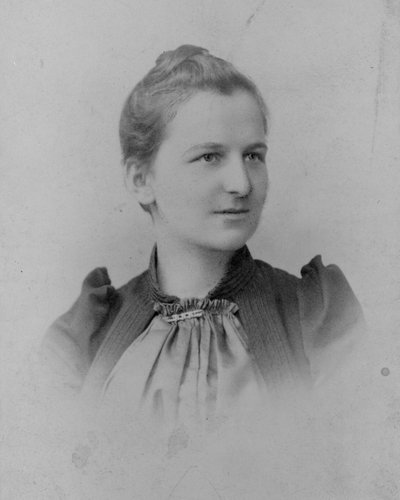 In 1865 at Hundegasse Street (today: Ogarna Street) in Gdansk, in the house of a wealthy tradesman, Käthe Schirmacher was born. As a young girl she went to France where she gained her teaching qualifications from the Sorbonne. In Paris she worked as a correspondent for Danziger Zeitung, where she published her articles on the development of women's emancipation in France. After completing her education, she worked in the capital city of France as a teacher. Unfortunately, throat problems prevented her from continuing this career, so she went to Zurich to study Romance Studies (the Swiss university was one of the first higher education institutions open to women). In 1895, having defended her thesis on Teophile de Viau, she received a doctoral title, which made her presumably one of the first German women (and probably first women from Gdansk) with such degree. In 1898, she published a Voltaire's biography which is re-printed to this day. Meanwhile, she also published a book entitled Morality of man and incompleteness of women, where in fictional letters to her brother she criticised the attitude of the society towards women.

In 1899, Käthe co-founded the Federation of Progressive Women's Associations and in 1904 – the International Federation of Voting Rights for Women. She took part in international congresses, among others in Chicago in 1893 and in London in 1909. In 1905, she published a work entitled Modern movement for the liberation of women – a comprehensive review of contemporary women's movements around the globe. The motto on the first page of the book was: Oppression is against human nature. The second decade of the twentieth century brought a shift in Schirmacher's views as the writer was influenced by conservative and nationalist ideas. 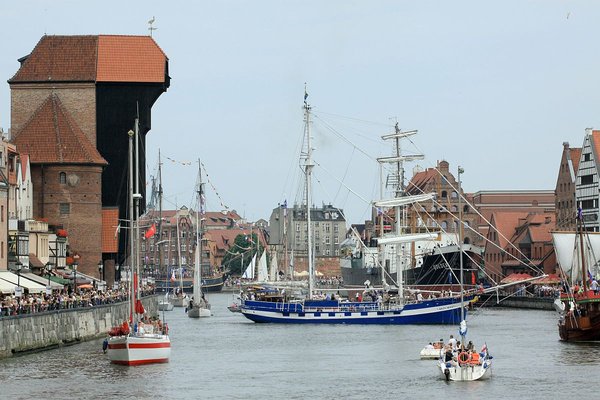 In 1857, the well-known German family of Baedekers saw the birth of Clara. The family name was widely recognisable thanks to publishing traditions dating back to the eighteenth century. It was the Baedekers who started a trend for reading tourist guide books. Clara, however, chose her own path. In 1878, she married Wilhelm Stryowski (1834–1917), a curator of the then Gdansk Franciscan Museum (Muzeum Franciszkańskie) and a painter, with whom she formed an amicable and loving couple. After the wedding, Clara Baedeker completed medical studies in Germany. In 1906, as a doctor, together with Ludwig Gummert, a doctor of gynecology, she published a book entitled Beiträge zur Reform der Frauenkleidung. In the book she advocated fiercely for giving up corsets and described their harmful effects for women, contributing to the European movement towards the reform of women’s clothing. Also, she gave lectures on women's clothing, provided medical advice and encouraged women to practice sports and pursue healthy lifestyle.

A Jewish private gymnasium of dr Ruth Rosenbaum of 5 Dominikswall Street in Danzig did not exist only on the pages of a Günter Grass's novel. Surprisingly, it operated in the period of the strongest Nazi terror witnessed in the city Its founder, Ruth Rosenbaum, was born to a wealthy and influential family with strong academic traditions. In early 1934 young and educated Ruth looked for employment as a teacher in public schools in the city. To no avail. As it was put by Arthur Greiser, the then president of the Senate of the Free City of Gdansk, “population of Gdansk did not want Christian children being taught by Jewish teachers”. At the same time specific actions were taken to achieve the full “Aryanisation” of public life in the city.

In 1934, Ruth opened her own gymnasium. Classes were organised in the house of the Rosenbaums, at 5 Dominikswall Street (today: Wały Jagiellońskie Street) The new mixed-gender school offered employment to Jewish teachers, as well as German teachers dismissed from government schools for their anti-Hitler attitude. The general curriculum was followed, and additional efforts were made to strengthen the Jewish identity among pupils in the spirit of progressive Zionism. This was reflected by the classes on Jewish culture, religion and philosophy, as well as Hebrew.

In 1934 the school was attended by 8 pupils, in the spring of 1935 – by 88 pupils, and one year later – by more than 200 pupils. The spacious apartment of the Rosenbaums was no longer large enough to serve the purpose, which is why in 1936 the school was moved to a new location – a house with a garden in the Langfuhr district (today Gdansk-Wrzeszcz), at Eichenallee 1 ( 1 Dębinki Street). The garden was taken care of by the pupils, who in winter months gained skills in crafts, such as carpentry, bookbinding and tailoring. This was intended to raise “Chalucim” – pioneers and prepare them for their life in Palestine, the new Promised Land.

The matura exam in February of 1939 was at the same time the definitive end of the school. Ruth left the city before the war broke out and went to Palestine. She died in Israel, probably in 1990s.

Special thanks are due to the Fundacja Przestrzeń Kobiet (Women’s Space Foundation), which has been the author of the Krakow Women’s Trail project since 2008.