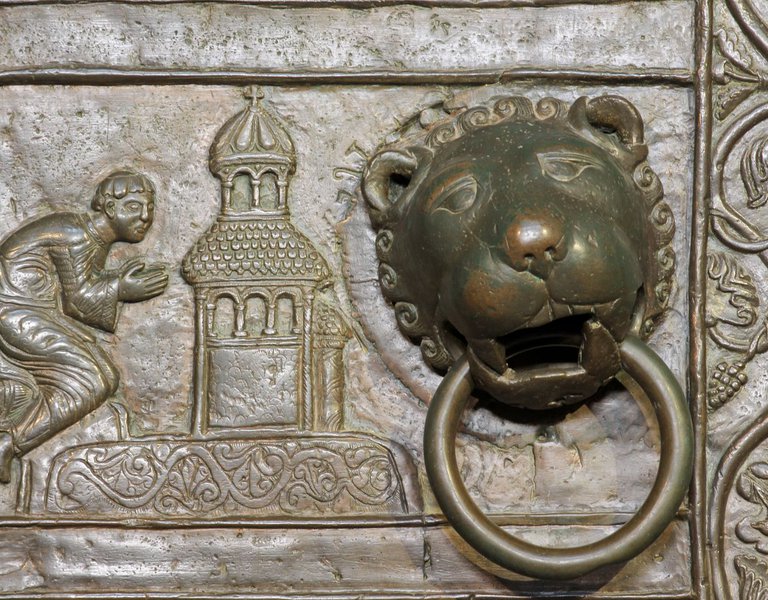 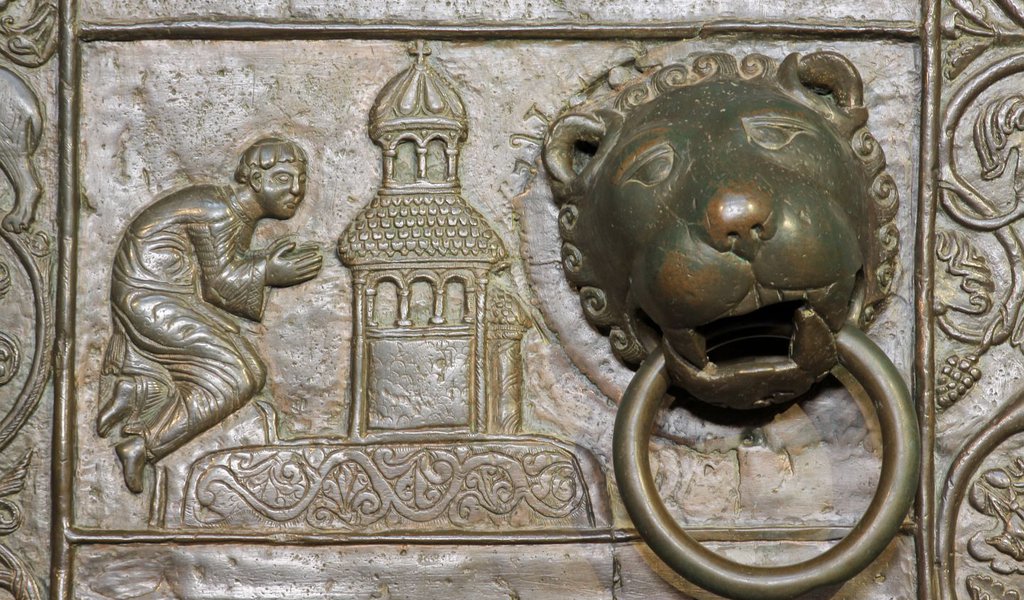 The monument decorated with bas-reliefs presents the story of life the Polish martyr, St. Adalbert. It is a masterpiece of Romanesque style unique in Europe.

The famous Doors can be found the Gniezno Cathedral, where many historical events important to Poland took place. Coronations of the first kings were held in it. The remains of St. Adalbert, one of the three major Catholic patron saints of Poland, beside St. Stanislaus and Blessed Virgin Mary the Queen of Poland, were rested there.

The figure of this saint creates an extremely important chapter in the Polish history. Due to a conflict with the ruler of the Bohemia, Adalbert, the Bishop of Prague, left his homeland and found refuge at the court of the Polish King Boleslaw the Brave. There, he undertook a mission to spread Christianity in the pagan tribe of Prussians, which neighboured the Polish territories. His expedition ended with a martyr's death. Polish King bought the bishop's body from the Prussians and buried it in Gniezno, creating thereby a sanctuary of the martyr. Soon, the burial place of Bishop Adalbert became famous with miracles. In 998, he was canonized and recognized as the first patron of Poland. In 1000, the German emperor Otto III made a pilgrimage to his tomb, resulting in the creation of the archbishopric of Gniezno, the first capital of Poland.

In the twelfth century, the cult of St. Adalbert intensified and the creation of the Gniezno Doors is dated back to this period. This precious sacral monument was made around 1175, during the reign of Mieszko III the Old. The doors consist of two leaves cast of bronze. The left one depicts the life of St. Adalbert from his birth to the stay in a monastery in Italy, and the right one – his activity in Poland, mission at the Prussians', martyrdom and putting the remains in the grave. Both leaves are decorated with floral ornaments and figures of exotic animals and mythological monsters. It is not known who commissioned the door or who was its author.