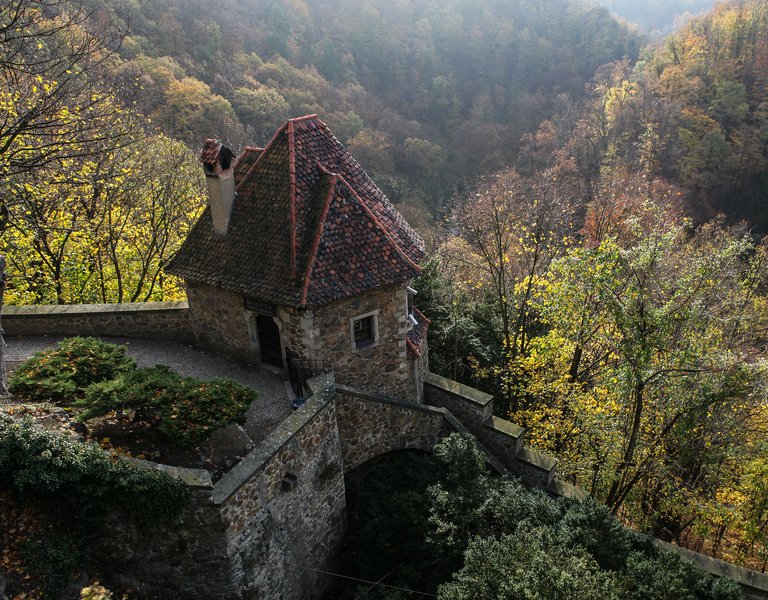 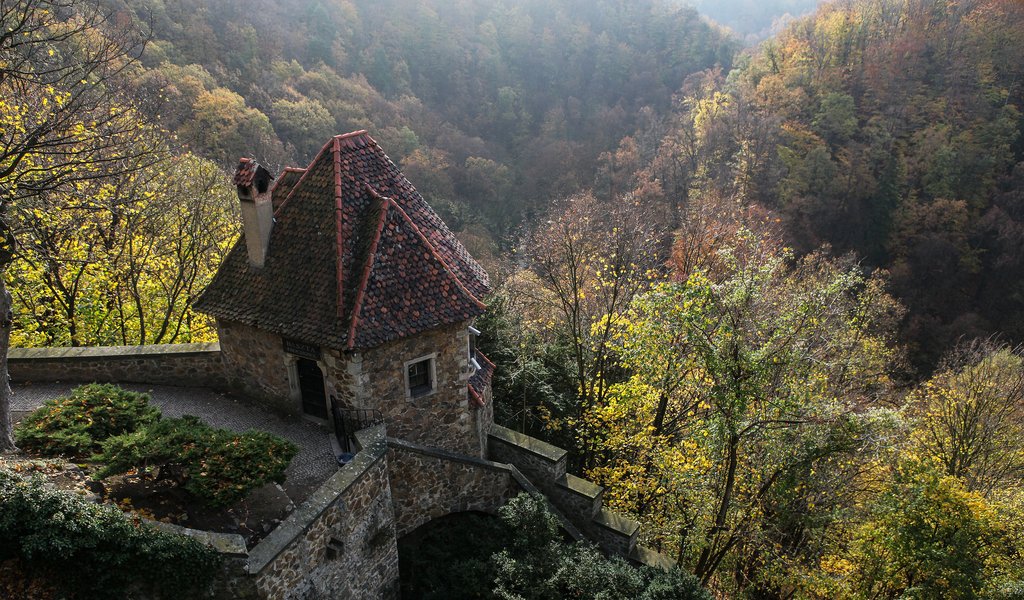 The Hidden Treasures of Lower Silesia

Lower Silesia is a real enigma for historians and treasure hunters. During World War II, this was where the Germans hid, among other things, priceless works of art looted in occupied Poland. Some of them were found after the defeat of the Third Reich, others are yet to be discovered.

"In Lower Silesia, everyone has always been hiding something," Joanna Lamparska, journalist, researcher of the region's history and author of several books about its treasures, begins her story. "After World War II, the last of many conflicts that have swept through this region, there is still plenty to discover."

For Nazi Germany, Lower Silesia was supposed to be a refuge and a safe haven. However, history took a different turn. "Until 1945, Lower Silesia was German and the Germans never imagined that they could lose it," explains Lamparska. Even when the borders changed after the war and the region became part of Poland, they were convinced that their absence would only be temporary. When they found out that they had two days to pack and to place all their belongings in a suitcase, they hid what they could not take, hoping they would soon be back. They buried jars of lard, china, silverware, typewriters, phonographs and clothing in hiding places around the house. Recently a friend of mine found two gold bars while dismantling an old stove in his house." 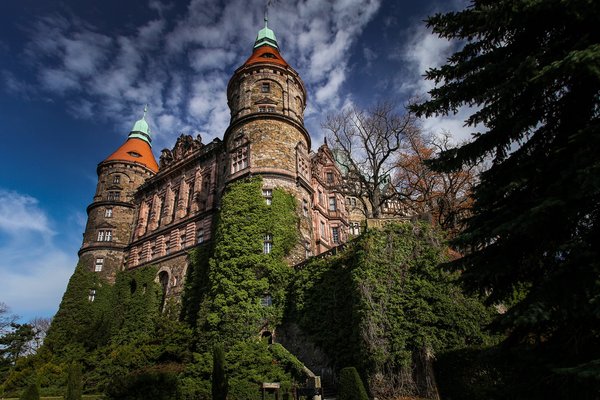 Countless caves, tunnels, pits and mines of Lower Silesia, as well as castles and palaces with cavernous dungeons, offered a good hiding place for larger and more valuable items. The mission to secure the treasures against the advancing forces was vested in the Lower Silesian heritage conservation officer, Günther Grundmann. It was he who collected museum exhibits, as well as items from churches, archives and libraries from Breslau (now Wrocław), the capital of Lower Silesia. 160 private collectors from Lower Silesia also responded to Grundmann’s appeals, depositing paintings, sculptures, prints, furniture, etc. in his care. Grundmann hid the deposit in 80 different places and drew up an encrypted list of these items. (It is believed, however, that not all hiding places had been listed.)

The works of art from Polish museums, which the Germans methodically robbed, were also hidden in Lower Silesia. Among them were drawings by Albrecht Dürer and paintings by Rembrandt, Leonardo da Vinci, Raphael, Rubens, and Canaletto. After the war, they were sought by the restitution committee of the Polish Ministry of Culture and Art, led by Professor Stanisław Lorentz, director of the National Museum in Warsaw.

"Unfortunately, before the committee arrived in Lower Silesia, the Russian army had marched through the region and looted Grundmann’s deposits, as well as the appropriated Polish collections," continues Joanna Lamparska. "For instance, Stańczyk, a painting by Jan Matejko, the most outstanding representative of Polish historical painting style, was found in the palace in Zagórze Śląskie and sent to Moscow, where it remained until 1968. For 23 years it was one of our many lost treasures."

Professor Lorentz’s team managed to recover part of the collection. A great success was the discovery of large-format paintings by Matejko, Rejtan, Batory at Pskov and The Union of Lublin, in a restaurant in Przesieka near Jelenia Góra. In the middle of 1945, about one hundred trucks loaded with works of art looted from Polish museums left German warehouses in Świdnica, Prudnik and Duszniki-Zdrój and headed to Krakow. They contained merely a small part of the stolen collections. The most famous work plundered by the Nazis and not found to this day is Raphael’s Portrait of a Young Man, property of the Czartoryski Museum in Krakow.

"One legend that is still alive in Lower Silesia to this day is about six tons of gold that the Germans transported out of Wrocław and hid somewhere here," says Lamparska. It was such a stirring idea that in the 1980s Polish authorities ordered an official search for the gold by the army. Alas, to no avail. Another two "gold trains" are said to be hidden under the Sobiesz mountain near Piechowice and near Wałbrzych, respectively. The latter has recently become a global sensation. 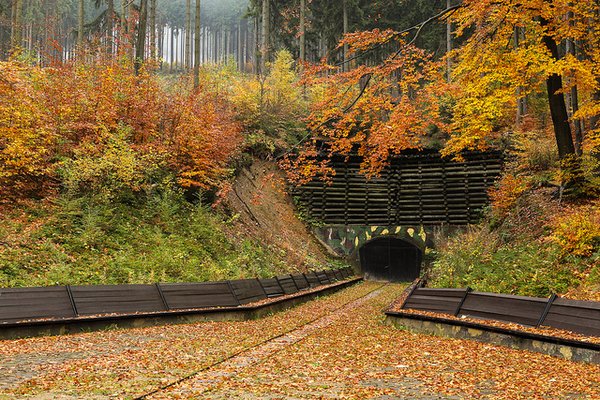 Where else in Lower Silesia could treasures be possibly hidden? "Topping the list of possible hiding places are the Owl Mountains, where new large tunnels are being discovered to this day, and the Książ Castle in Wałbrzych, where valuable book collections could be hidden," lists Lamparska. "Then we have the Cistercian monastery in Lubiąż, a giant complex that has been shrouded in mystery for years, and manors with large parks, i.e. the Valley of Palaces and Gardens. And finally there is Ślęża, the sacred mountain of the Slavs, a magical place that still attracts treasure hunters."

The underground structures built during World War II kindle the imagination of explorers. The largest of these structures were built in the Owl Mountains and under the Książ Castle, where between 1943-1945 the Nazis constructed huge chambers, bunkers and shelters connected by miles of tunnels so called Project Riese, which they failed to finish.) The purpose of the Project is still not entirely clear. According to the most popular theories, it was built to contain Hitler's headquarters, underground weapons factories, chemical laboratories and a hiding place for valuable deposits. Entrances to the complex still exist in many locations, such as the slopes of the Włodarz, Osówka, Soboń, or Gontowa mountains and in the Książ Castle. Before the Red Army entered the area, many underground rooms had been destroyed and the tunnels leading to them had been blown up. Part of the preserved underground structures can be visited, for instance through the Walim Mineshaft Museum, other parts have been closed. Nevertheless, many people choose to explore the complex on their own.

"In order to locate potential hiding places, explorers mainly use old maps, such as waterworks or rail network maps," says Lamparska. "They also scan the ground with proton magnetometers and ground-penetrating radars, but it requires vast experience and a trained eye. Typical findings in Lower Silesia include buckles, buttons, coins, rings, which can be found with the use of an ordinary detector."

In the 1990s, Władysław Podsibirski, a businessman from Raszyn, revealed documents proving that in 1944, the Nazis hid 12 railway cars filled with most probably gold and works of art, as well as two locomotives, inside the Sobiesz mountain near Piechowice. The sensational discovery was soon generally referred to as the "gold train." However, the search did not lead to any findings.

Another "gold train" from the times of World War II, this time in Wałbrzych, was located by a retired miner, Tadeusz Słowikowski. According to him, a certain German told him the location of the train, which was supposedly a tunnel under the Książ Castle, to which a railroad siding led. It had been speculated that it could have been the armoured train with gold, which in 1945 departed from Wrocław to Wałbrzych and was lost along the way. Others suggested that the train was carrying weapons and dangerous chemicals. Neither Słowikowski nor any other search team managed to find it. The mystery had made it to the headlines once again when at the end of August 2015 Piotr Koper from Poland and Andreas Richter from Germany presented ground-penetrating radar pictures of the train to the Wałbrzych authorities and revealed its hiding place: the train was supposed to be located between kilometre 61 and 65 of the railway route from Wrocław to Wałbrzych. After the Polish heritage conservation officer, Piotr Żuchowski, declared that he was 99 percent convinced the train existed, media all over the world wrote about the presumed discovery and Polish and foreign correspondents swarmed the city. The World Jewish Congress, Germany and Russia all submitted their claims to the contents of the train.

Treasure hunters and curious onlookers have swarmed to Wałbrzych and its surroundings. Piotr Zuchowski, a conservator, has called for independent searches to end as the train could contain mines or other dangerous materials dating back to the Second World War. At the end of July the area was searched by the army. Polish scientists are also looking into claims about the existence of the "gold train." There is, however, no consensus on the matter. In November, two teams of scientists carried out non-invasive tests of the area. According to one of them, a tunnel was found in the area believed to contain the German WW2 train - but the train itself was not found. The other team on the ground claims to have discovered anomalies in the ground, which could indicate the existence of the train.