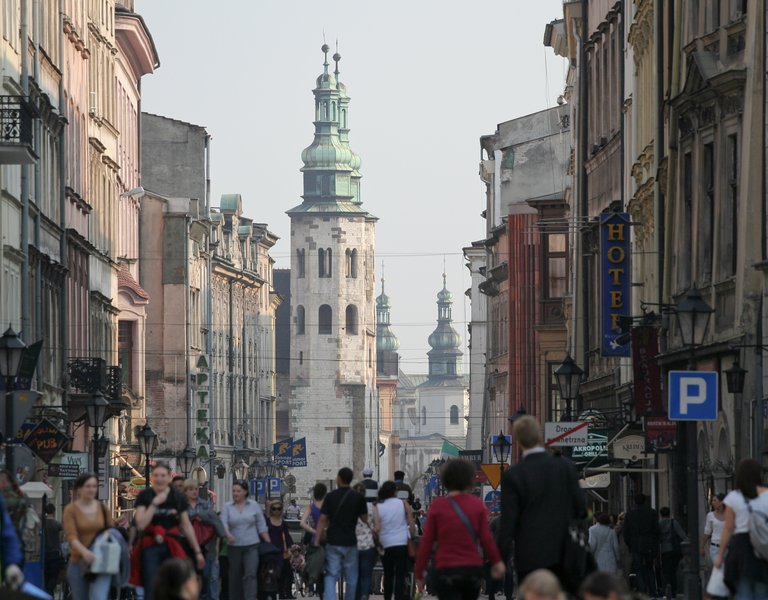 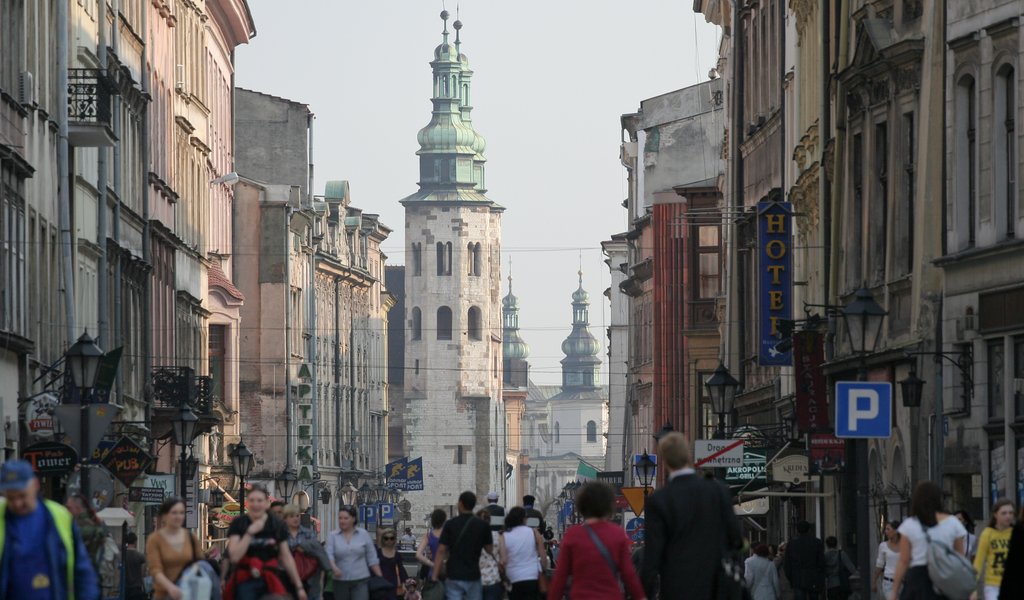 It is a century since Polish women won the right to vote. To mark this occasion we encourage you to visit Polish cities and follow in the footsteps of Polish suffragettes and social activists. See Krakow, Gdansk, Warsaw, Poznan, Milanowek, Lodz, Konin and Polish villages through the eyes of women who lived there a century ago. For our first walk, we take you to Krakow. It is home to Poland’s first grammar school for girls, chemist’s shop run by women, and reading room that only admitted ladies.

In 1795, Poland lost its independence and was erased from world maps by three powers that carved up Polish territory: Russia, Prussia and Austria. Krakow was situated in the Austrian partition zone called Galicia. Following the reform of 1867, Galicia gained autonomy with a local Diet, while Polish became the official language in schools, administration, and courts. For a long time though women were barred from enjoying such rights as taking part in elections, establishing political parties or associations. In 1913, the ban on political activism was lifted, prompting the women of Krakow to begin their quest for equal rights. Consequently, they would write petitions, organize rallies and demonstrations, submit interpellations, and set up electoral committees. In 1912, they managed to secure the right to vote in Krakow city council elections, albeit subject to the requirements of age, domicile, property, and education. 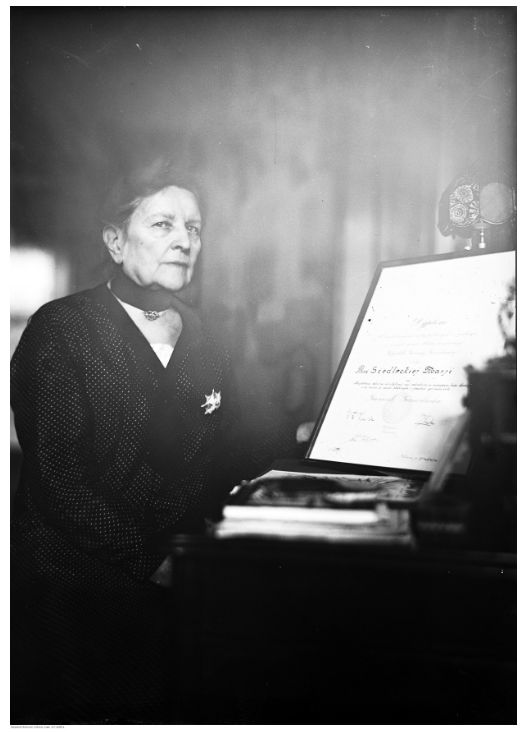 For centuries, the Square was the hub of daily life for the people of Krakow, including suffragettes. From 1904 on, a townhouse at 13 Main Market Square, now home to a chic shopping mall, accommodated the Union of Women Association, whose mission was to fight for “human rights equal for all.” The Union was the brainchild of Maria Turzyma (1860-1922; real name Maria Wiśniewska), a social activist and columnist who founded the Nowe Słowo journal that went on to promote women’s rights. The magazine reported on women’s movements in Europe, and raised social issues. It debunked a popular view whereby women were intellectually inferior, and advocated their self-education.

2. Under the Crayfish townhouse. 7 SZPITALNA STREET

The townhouse was the home of Maria Siedlecka (1856-1942), another Krakow-based activist, whose flat hosted meetings of Krakow’s women’s circles. A Reading Room for Women, one of the suffragette movement’s chief institutions in Krakow, was set up by Maria Siedlecka and Kazimiera Bujwidowa at this house in 1897. Its only patrons were women who would meet there to exchange experiences and information, discuss their struggle for the right of women to study at the Jagiellonian University, attend lectures, or use the extensive collection of books. Moreover, the reading room would host sewing classes for girls from worker families, and in 1904 it organized a Section for the Defence of Polish Women’s Rights, which combatted gender-based violence. The reading room existed for twenty years, changing its seat in the meantime.

From 1871, this bright spacious building housed the St Scholastica Departmental Municipal School for Girls, which was the first state-run school for girls in Galicia. It was only in the 1870s that secondary schools for girls opened here after the decision to organize this branch of education was taken in 1869. Starting from 1871, teachers’ colleges for women and departmental schools for girls began to crop up. From 1881, St Scholastica would run vocational courses where students could learn some “practical female skills” such as dressmaking, sewing, and lacemaking. Learning a profession allowed girls to gain more economic independence.

The townhouse at the corner of Św. Jana Street and Św. Marka Street used to accommodate the First Private Grammar School for Girls, which was founded in 1896 thanks to the efforts of Kazimiera Bujwidowa (1867–1932). At the age of 26, Bujwidowa moved to Krakow from the Russian partition zone after her husband, the outstanding professor of bacteriology Odon Bujwid, was offered tenure at the Jagiellonian University. It was a time when women could not take up studies. Due to family reasons, Bujwidowa had to abandon her youthful dreams of scholarship, and learn dressmaking instead. She launched a successful campaign of women sending their applications for admission to the Jagiellonian University. In 1894, the University’s Faculty of Philosophy admitted three female unenrolled students (who were eligible to sit exams but could not obtain a diploma). From 1897, women could apply to the Faculty as rightful students.

Bujwidowa’s second major achievement was the establishment of the grammar school, which paved the way for girls to attend university. Earlier, formal rejections had been based on the lack of required education. Bujwidowa’s grammar school was the first institution in Polish lands that allowed women to take the baccalaureate exam. Only three such schools had been founded in Krakow by 1918, when Poland regained independence. 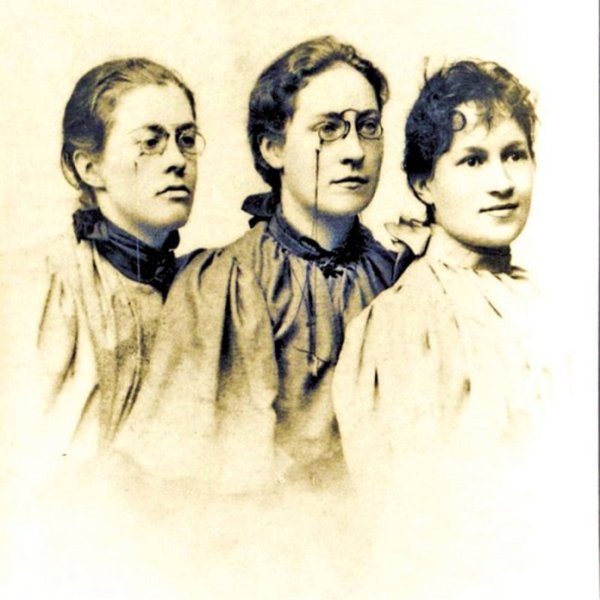 Ahead of us is Poland’s oldest university building. This year, the Jagiellonian University celebrates its 655th birthday, and marks 125 years of the presence of female students within its walls. Jadwiga Sikorska, Stanisława Dowgiałło and Janina Kosmowska were the first to cross its threshold in 1894. Earlier, in 1824, Konstancja and Filipina Studzińska of the Sisters of Charity convent earned their Master’s in pharmacy from the Jagiellonian University’s Faculty of Medicine. This was unprecedented in Europe, where women did not enrol as students until the 1850s.

It is here that in 1903 Jadwiga Sikorska-Klemensiewiczowa (1871–1963) established Krakow’s first chemist run by women. She took on her fellow students Stanisława Dowgiałło and Helena Mackiewicz. At the time, only holders of a Master’s in pharmacy could work at chemists. The “Chemist’s Shop of J. Klemensiewiczowa, Master of Pharmacy” specialized in female hygiene articles and baby care products.

Klemensiewiczowa led a long struggle for women’s right to study and work as pharmacists. Following a three-year traineeship at a chemist, Jadwiga joined a group of fifty other women and applied to the Jagiellonian University Rector for admission as an unenrolled student. The campaign was initiated by Bujwidowa, who found a loophole in the law banning women from studying. Thanks to their professional experience, Sikorska and her two fellow trainees from Warsaw, Janina Kosmowska and Stanisława Dowgiałło, were the only ones to be accepted by the University. Three years later, women were officially granted the same rights as men as far as admission to the Jagiellonian University was concerned.

Until recently, the site of the modern Małopolska Garden of Art was occupied by an old riding hall. It was here that Krakow activists used to hold regular rallies in the early 20th century. And it was from here that a demonstration for women’s right to vote set off on 19 March 1911 to mark International Women’s Day for the first time. The demonstrators headed for the City Hall at All Saints’ Square, with banners reading “We demand universal suffrage to the Parliament, Diet, and Commune.” The protesters also called for workers’ rights, lower food and housing prices, and a good education for children. The march brought together nearly one thousand female workers from the nearby tobacco factory and other plants.

From 1871 until the early 21st century, the building accommodated the Tobacco Factory (Tabakfabrik), popularly called “cygarfabryka”. At the end of the 19th century, it employed around one thousand people, of whom 900 were women and girls from villages near Krakow. The factory was Krakow’s largest plant, supplying cigarettes and cigars to the nearby barracks, the city at large, and to all local towns. One day a machine capable of producing one hundred thousand cigarettes a day was brought to the factory without warning. Fearing for their jobs, on 30 July 1896 the female workers staged what turned out to be the first strike in the region led by women. The first industrial action on this scale in Krakow, it proved spectacularly successful: although the machine was installed, not a single worker lost their job. 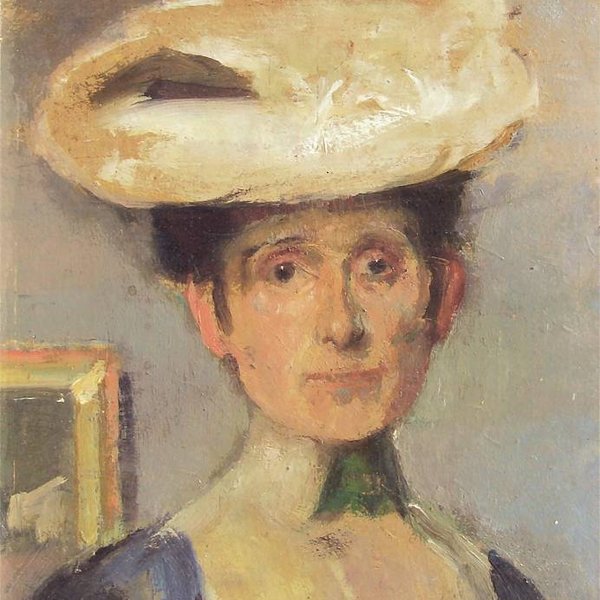 Olga Boznańska (1865–1940) was one of Poland’s most outstanding artists. As she was not allowed to study at the Academy of Fine Arts in Krakow during that period, she attended private classes and schools, such as the Adrian Baraniecki Higher Courses for Women. The Courses owed their popularity mainly to the teaching staff, which mostly consisted of university professors. In 1899, Boznańska spurred the establishment of the Circle of Polish Female Artists, which supported women willing to create and pursue education in the artistic field. It was only in the Second Polish Republic that academies of art began admitting women under legislation ensuring equal treatment of women and men.

This plain four-storey building is the seat of a housing cooperative of postal workers that was established a century ago. Women began working in the Austrian service in the 1870s, mainly at telegraph and post offices, and in the railways. On the eve of the 20th century, they found themselves in a difficult situation: they earned much less than men, had no leave entitlements, and marriage meant they had to give up their jobs. As a result, many women chose to live on their own, even though their salaries made a decent life impossible. Responding to these needs in 1905, the clerk and activist Władysława Habicht (1867–1963) established the Union of Galician Women Post Office Workers. In 1914, the organization built a residential house at 4 Sołtyka Street in Krakow, which was intended for the Union’s members. The house at 19b Syrokomli Street was inaugurated later, in 1934. The cooperative continues to function, administering the two buildings. As in those days, the houses still admit only unmarried women who are members of the cooperative.

Special thanks are due to the Fundacja Przestrzeń Kobiet (Women’s Space Foundation), which has been the author of the Krakow Women’s Trail project since 2008.

You can learn more about the Krakow Women’s Trail from the Krakow Women’s Trail app. It will allow you to retrace the steps of some of the outstanding women associated with Krakow. Get to know each of them by reading their bios and checking out where they lived, worked, and created. The app features information about 100 heroines, 150 sites, and 180 events chronicling the story of women in Krakow. The app also offers four trails around Krakow. Don’t miss out!