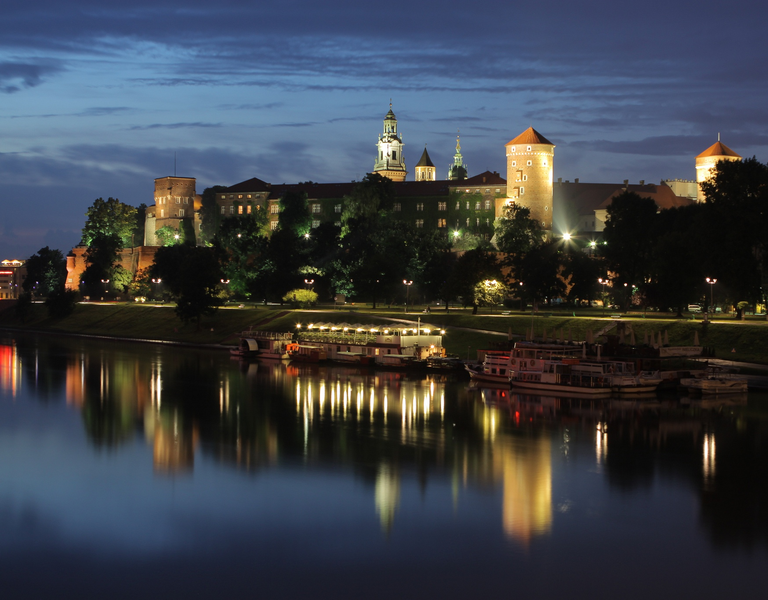 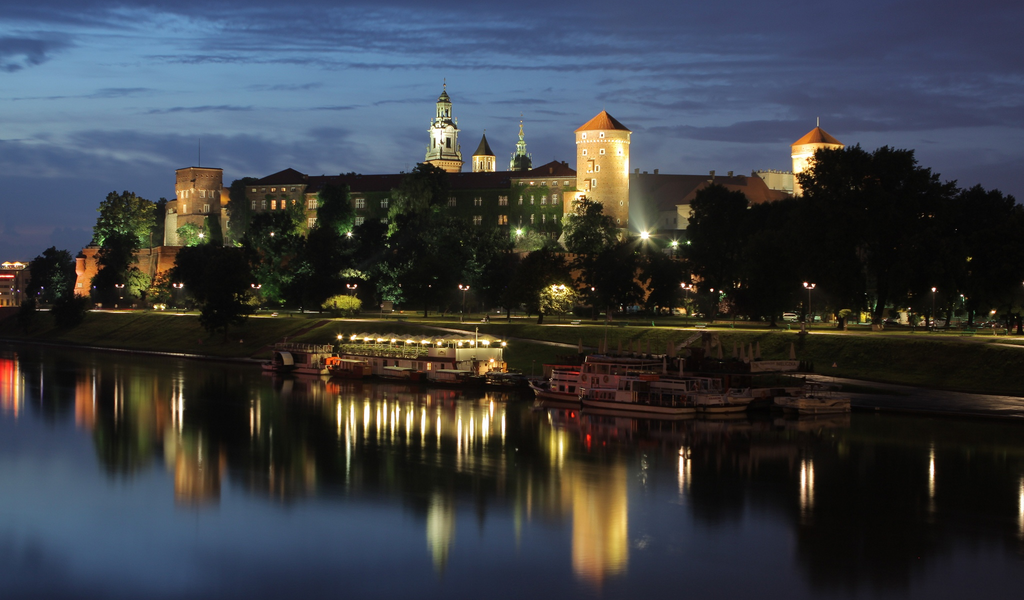 Literature in the city of magic

As the seventh city in the world and the second non-English speaking one, Krakow has become the UNESCO City of Literature.

Those who have visited Krakow at least once know that time slows down there, life begins after sunset, and discussions about art may be held until dawn. It is hardly surprising that one of the most magical cities of Poland has been favoured by writers – it was the place of residence of Polish Nobel Prize winners: Czesław Miłosz (awarded in 1980) and Wisława Szymborska (awarded in 1996), as well as world-renowned writers Stanisław Lem and Sławomir Mrożek. Today, one of the most popular inhabitants of the city is poet Adam Zagajewski.

The capital of Małopolska is also the seat of numerous publishing houses – Społeczny Instytut Wydawniczy Znak, Wydawnictwo Literackie or Ha!art. Since 2011, it has also belonged to the ICORN International Cities of Refuge Network, which helps persecuted authors who cannot create art in their own country. It is not surprising that it was a Polish city that – as the seventh in the world and the second non-English speaking city – became the UNESCO City of Literature in October 2013. It joined the elite group comprising Reykjavik, Edinburgh, Melbourne, Iowa City, Dublin and Norwich. Krakow's efforts were supported by 150 distinguished people of the literary world: Nobel Prize winners Mario Vargas Llosa, Hertha Muller and Orhan Pamuk, as well as world-renowned writers Amos Oz, Zadie Smith or Eduardo Mendoza.

‘Krakow has fully earned this title – it is the host of the most important literary festivals in Poland: Miłosz Festival and Conrad Festival, alongside which another literature fete takes place – the largest Book Fair in Poland,’ Izabela Helbinm the Director of the Krakow Festival Office, which coordinates measures within the UNESCO City of Literature, tells Polska.pl. ‘The life of Krakow revolves around poetry, drama and prose. Apart from fabulous festivals, we have the Book and Rose Małopolska Book Days, the Comic Book Festival, the Online One Poem Tournament, the 366 Poems in 365 Days workshop and various literary projects, including the popular Second Life of a Book campaign, a joint project by the Bookeriada portal and the Krakow Festival Office. In 2013, during the second edition of a free book exchange, a record-breaking number of 10,000 people swapped books, and nearly 20,000 volumes found new owners,’ says Izabela Helbin. 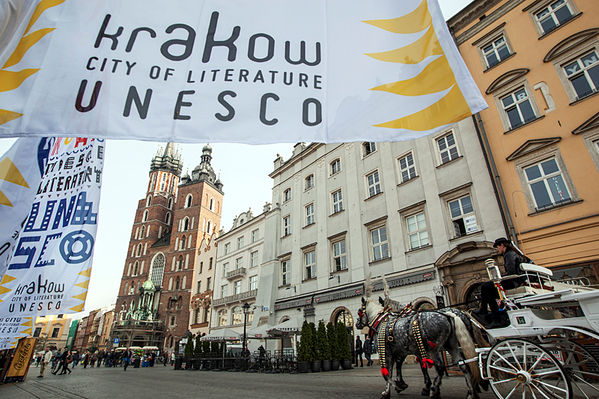 Krakow, which applied for the prestigious title from 2010, received it for three years. Its retention depends on the city's activity in the area of literature popularisation. For the time being, the city is extremely active, and the inhabitants and tourists eagerly join campaigns, flash-mobs and literary events. Monthly poetry slams in the Kolanko No. 6 bar in the post-Jewish district of Kazimierz or the Krakow Poetry Salon, which attracts hundreds of people to the auditorium of J. Słowacki Theatre, are highly popular. In March, as part of the ‘I read Mrożek’ campaign, pavements in the entire city will be adorned with the silhouettes of the distinctive protagonist of the drawings by this writer, satirist and cartoonist. They are intended to encourage people to read the third volume of ‘The Diary’ by Sławomir Mrożek, covering the period between 1980 and 1989.

Krakow uses the UNESCO distinction also to promote literary tourism. For a year, visitors from all over the world have travelled to the Szołayscy's Tenement House – a part of the National Museum in Krakow – to watch the ‘Wisława Szymborska's Drawer’ exhibition. Organised in cooperation with the Szymborska Foundation, the two exhibition rooms showcase the poet's furniture, memorabilia, scrap books and the Nobel Prize diploma. ‘Szymborska's flat in Krakow used to be called a drawer because it was small and filled with trashy trinkets, as well as a large collection of postcards and collages she made herself from newspaper scraps,’ Olga Jaros, one of the exhibition's keepers explains in the interview with Polska.pl.

‘We wanted to create interiors where one can associate with the poet and her works, among such knick knacks as a lighter in the shape of a submarine or a small bird that holds cigarettes in its beak,’ says Olga Jaros.

Apart from a chest with 36 drawers designed by the poet, a green sofa and a table with glass top from her apartment, one of the two exhibition rooms will include a ‘three-phone’. The receiver will play recordings of the poet reading her poems in Polish Radio Programme 3. ‘We wanted to create interiors where one can associate with the poet and her works, among such knick knacks as a lighter in the shape of a submarine or a small bird that holds cigarettes in its beak,’ says Olga Jaros. The Szołayscy's Tenement House also features boxing gloves, the symbol of an unusual passion of the Polish Noble Prize winner.

Visitors delighted with the literary points of interest in Krakow will leave the city not only with memories, but also with a collection of books and gizmos distributed on the occasion of numerous campaigns and festivals.