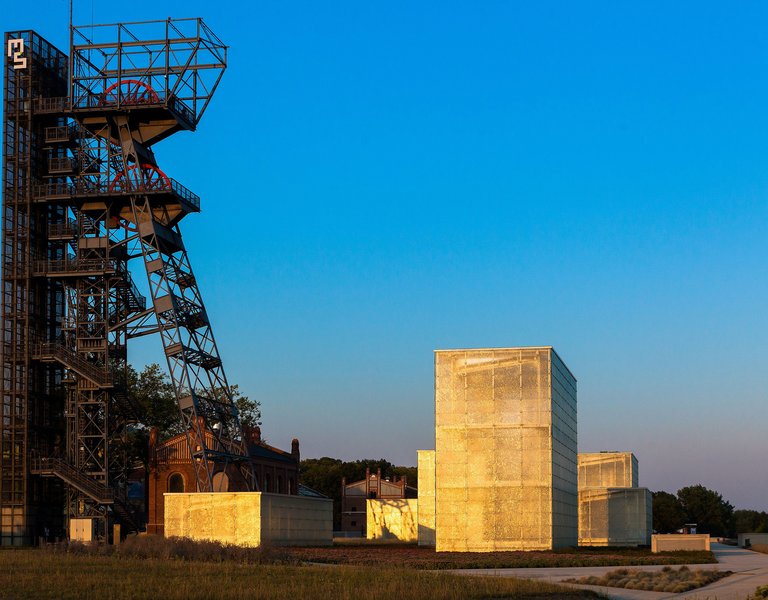 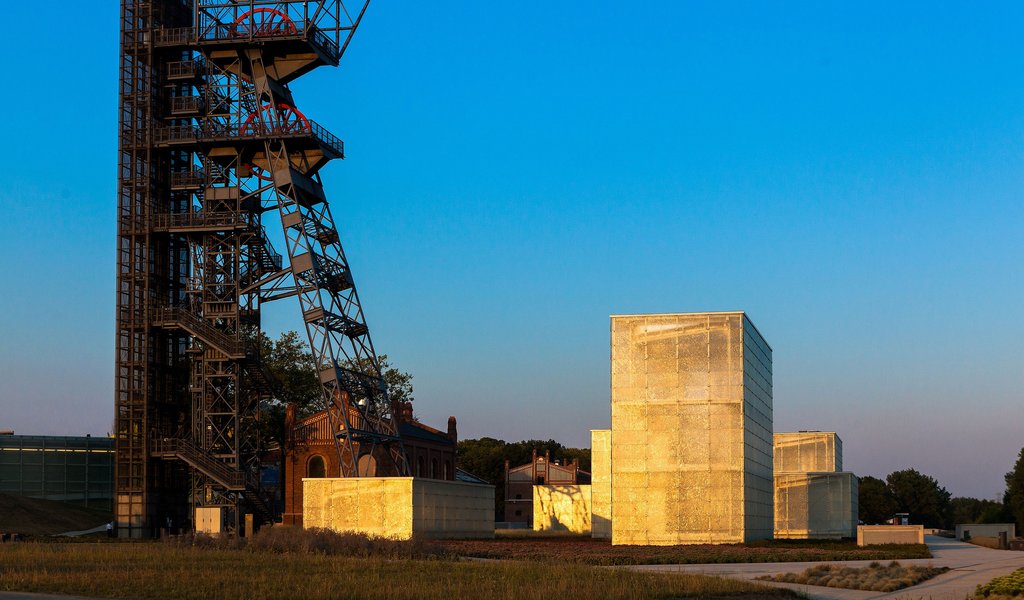 The new face of Silesian mines

In times of splendour they were the pearls of Polish industry, with thousands of mining families depending on them for their livelihood. However, with time they began to collapse and deteriorate, turning into wastelands. Today Silesian mines are taking on a new identity – as a shopping mall, a museum and a world-class dancing hall.

In the 1960s the guildhall of the Rozbark mine in Bytom was the setting of a dance scene in Kazimierz Kutz’s film “Black soil’s salt”. At the time no one expected that dancers would one day replace miners. Set up by the Germans in the mid-19th century as Heinitz, the pit was a thriving mining centre. But nothing lasts forever. 150 years after its opening, in July 2004, the last shift of miners went down the shaft. Metal junk collectors moved in, and it was not until three years later that the buildings housing the boiler, the old guildhall and the resisting wall were put under conservatorial protection. The plans to turn the mine into a modern residential area did not pan out either. And then, just as it seemed that this was a lost cause, Bytom’s local authorities decided to follow in the footsteps of post-industrial towns in Germany’s Ruhr valley, and turned Rozbark into a cultural site. 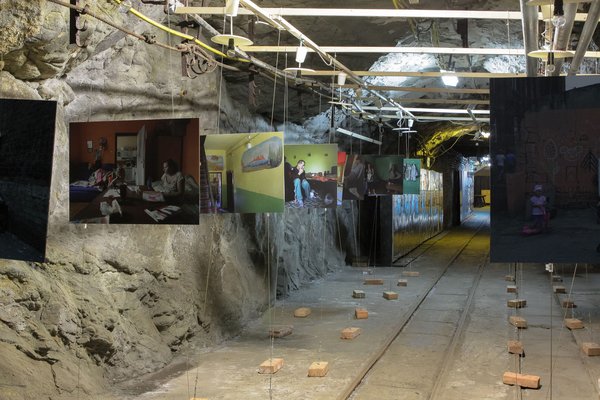 They invested in dance, something Bytom has been associated with for a long time; for example since 1991 it hosts the Silesian Dance Theatre, the first Polish professional modern dance group. Aided by an EU subsidy of PLN 18 million the old buildings were renovated and in 2014 – on the 760th anniversary of the town’s existence – Bytom Dance Theatre “Rozbark” started its activity. Today it consists of a hall with a stage and a movable audience capable of sitting 200 people, three modern ballet halls, a cloakroom, a dressing room, a gym and a café. The theatre hosts the International Conference of Modern Dance and the Dance Art Festival, while on normal days it offers space for theatre rehearsals and workshops for children and adults.

The former coal mine “Gottwald”, opened in Katowice’s district of Dab in the early 20th century, has also assumed a new identity. In 2005, it was transformed into “Silesia City Center” - one of the largest commercial and entertainment centres in Poland, with an area of ​​several hundred thousand square metres, including 86,000 sqm of retail space. “Silesia” is the first successful attempt to transform a post-mining site into a commercial hub. It paved the way for many similar investments in the region, the most significant one being the Silesian Museum in Katowice. The modern building has preserved many artefacts from the mine, including an old tower of the “Jerzy” coal pit, and an old swimming pool. Construction works took nearly two years, and EUR 600 million to complete. As one of the first in Poland, the new mall offered an entertainment zone and a chapel in the coal pit’s machine room. In November 2015, on the occasion of the centre’s 10th anniversary, a gallery named “Pokłady pamięci” Foundations of Memory was opened, chronicling almost a century of the “Gottwald” coal mine’s history.

According to Karolina Baca-Pogorzelska, a journalist writing about mining and the author of such books as Second Life of Mines (Drugie życie kopalń), Ladies on Shift (Babska szychta), and Rescuers. The Passion of Victory (Ratownicy. Pasja zwycięstwa), “Silesia” is a success. “It was about to disappear from Poland’s map of coalmines, but thanks to EPH, a Czech investor, it is thriving,” she explains. 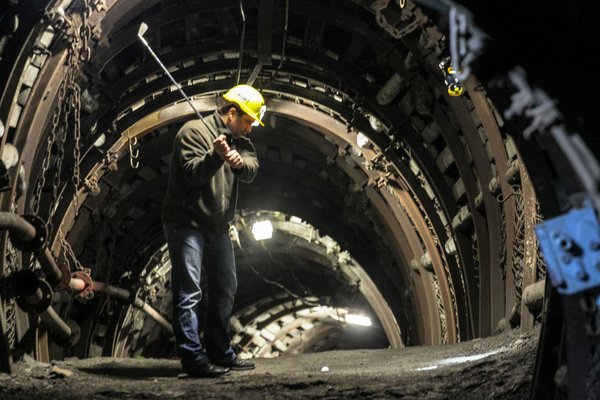 Also “Guido”, a former coal mine in Zabrze, has been given a second lease of life. Today it is the seat of the Museum of Coal Mining, which also includes the Queen Louise Adit. A mining museum was established there as early as in the 1980s, but was shut down a few years later. In 2000, on the tide of forceful cost reductions in the coal industry, the unique underground mine was partially dismantled. However, seven years later, thanks to the commitment of the local government of Zabrze, the Marshal's Office of the Silesian voivodship and individual citizens, it was possible to transform the historic “Guido” mine into an independent cultural institution of the town of Zabrze and the Silesian voivodship. Today, the museum goes from strength to strength and welcomes over 100,000 visitors each year. In the old mine, tourists can go down to visit three levels – 170, 320, and 355 metres below ground. The first one, called St. Barbara’s level, has just been revamped and now surprises visitors with multimedia shows of water rushing into a heading and the bang of explosives. Also impressive are a mapping which presents the life of the Saint Patron of miners and a chapel with stained glass and St. Barbara’s sculpture. “The deepest level, at 355 m, is an extreme route meant for really fit people,” says Jerzy Koenigshaus, a PR officer of the historic mine museum. Besides tourist routes, the facility also houses a theatre and a restaurant, which hosts Miner's Day celebrations, and even weddings. “Tourists are attracted by our uniqueness and authenticity. There is no other such place in Poland, and in Europe there are only few of them,” says Jerzy Koenigshaus. He adds that visitors are most interested in the railway and working mechanical coal miners, and a trip down the adit. “We are not a classic museum, where one comes to see exhibits, but a place where you can find out how they used to work,” he adds.

For several years, Chorzow has been renowned for its ancient lift tower, standing between Piotra Skargi and Tadeusza Kościuszki Streets and belonging to the former coal pit “President”. Built in 1933 by the Skarboferm company, the coal pit was initially called “Wielki Jacek” or Big Jack. It received its current name in 1937, in honour of Poland’s President Ignacy Mościcki, who was connected with Chorzow in those years. The 42-metre high tower made of reinforced concrete was in use until 1993. Then a some of the former coal mine buildings were demolished. What remained were management offices, an old rallying hall, a former house for foremen, a coal mine fire station, a liquid air warehouse, and a new casino. Currently, the nearby buildings host the SZTYG.art cultural association, which organises painting exhibitions, concerts, art workshops for children, and annual garden theatre festivals in Chorzow. Since 2010, the lift tower of the “President” coal pit, together with the Sztygarka complex have been part of the Industrial Monuments Route. “Since 2014, it has been possible to explore the tower by climbing up to its peak, where a special viewing platform has been mounted,” says Krzysztof Karaś, a spokesman for the town of Chorzow. Every month over a thousand visitors make it to the top. “We were planning to build a lift there, but it would cost too much,” explains Mr Karaś. He stresses that the perfectly illuminated tower has become a town landmark, especially at night. 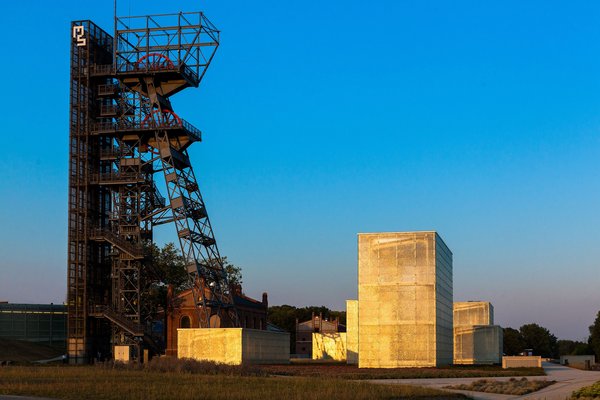 All these attractions are part of the Industrial Monuments Route, created by the local government of the Silesia voivodship. The whole route includes 36 buildings, of which a quarter is linked to the mining industry. “The trail also consists of various elements of mining structures that are again in use. Sometimes for cultural purposes, other times for commercial ones,” says Adam Hajduga from the Marshal's Office in Katowice. He notes that the “Guido” coal mine is the best preserved facility. In the past, it used to be an experimental mine, and now it operates under the mining law. “This is undoubtedly an icon, the most popular monument with tourists. Last year it was visited by over 130,000 people. The Sztygarka complex, with its commercial and recreational facilities on the site of a former coal mine, attracts the highest number of visitors. It includes a hotel and a spa,” says Adam Hajduga. More post-mining facilities, including a tower of the former coal mine “Poland” in Swietochlowice, and a department of the Silesian Museum on the site of the former coal mine “Katowice”, also want to join the Industrial Monuments Route.