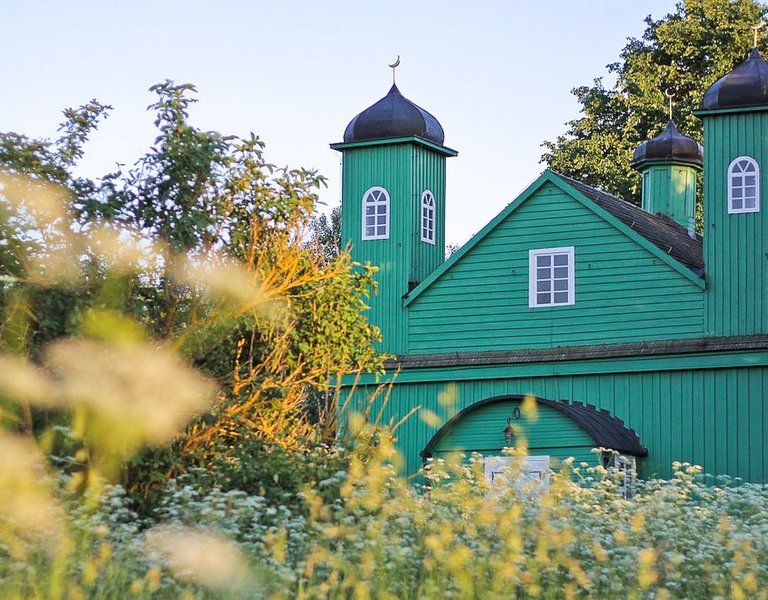 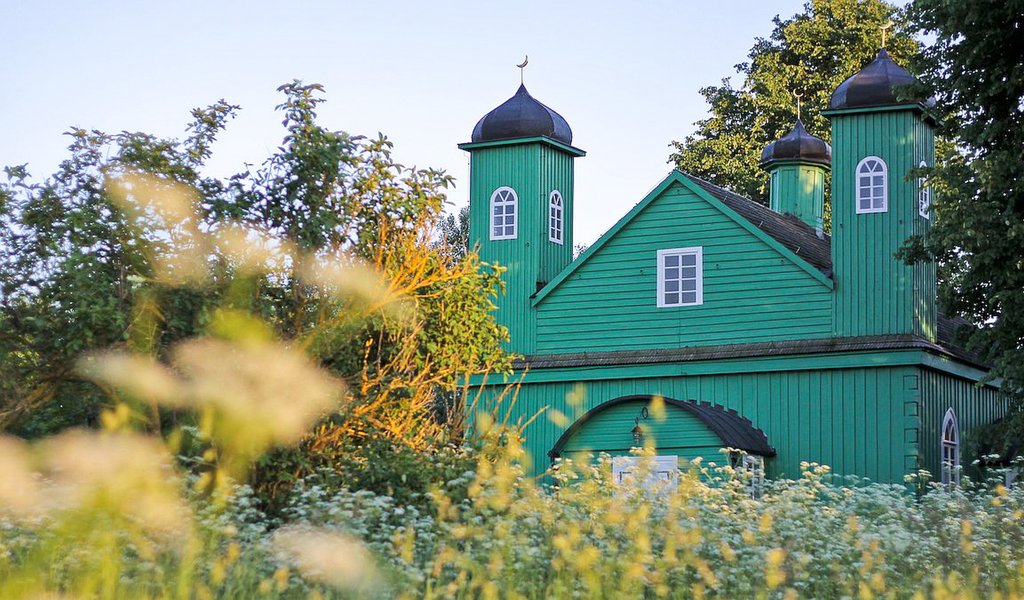 An Oriental Piece of Poland

Prince Charles, the successor to the British throne, is among those who have tasted the exquisite Tatar delicacies prepared by Dżenneta Bogdanowicz. The culture and heritage of the valiant Tatars can still be explored in eastern Poland.

‘We all live in harmony in the village. We joke that we do not have time to work because we spend so much time celebrating each other’s holidays. There are Catholic, Orthodox and Muslim feasts,’ says Dżemil Gembicki, guide and guardian of the mosque in Kruszyniany. This tiny village in the region of Białystok, near the border with Belarus, has become one of the symbols of multicultural Podlasie, visited by numerous Polish and foreign celebrities, including Prince Charles, next in line to the British throne.

Both Kruszyniany and Bohoniki, located approx. 30 km away from each other, are the only surviving Tatar settlements in Poland with mosques and mizars (cemeteries). The 18th-century mosque in Kruszyniany is the oldest one in the country. 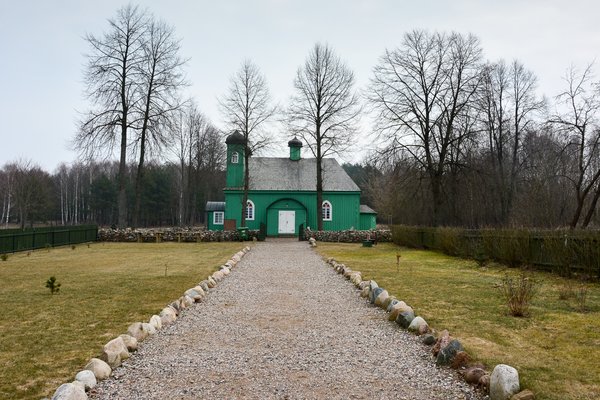 The Tatars derive their name from one of the Mongol tribes which became well-known in the 5th Century. Later, the name was extended to include all Mongolian as well as Turkish and Tunguska peoples. In the 14th Century, the Tatars settled in the Grand Duchy of Lithuania, Poland’s eastern neighour. The Tatars were favoured by the ruler of Lithuania, Vytautas , who gave them plenty of privileges in exchange for military service. They settled in Poland in the 17th century and many became mercenary soldiers who were known for their bravery.

In 1679, a commander of the Tatar chorągiew (a military unit), Colonel Samuel Murza Krzeczowski, received Kruszyniany as compensation for unpaid wages from the King of Poland, Jan III Sobieski. A few years later, in 1683, the Polish king would become famous around the world for defeating the Ottoman Empire in the Battle of Vienna, a historic victory that shaped the destiny of Europe.

‘The Tatars did not pay taxes, and they could marry local women and raise their children in the Muslim faith,’ says Dżemil Gembicki. ‘They received noble crests and names: Aleksandrowicz, Bogdanowicz, Popławski, Talkowski. In addition to military service, they were engaged in horse breeding, horticulture and leather dressing. Even in the days of the communist-ruled Polish People’s Republic, when the whole of Poland wore sheepskin coats, many tanneries belonged to the Tatars.’

Over time, the Tatars became Polonized. However, they remained faithful to Islam.

‘When someone asks if we feel Polish, we answer that we do,’ emphasizes Gembicki.

Three Tatar families live in Kruszyniany today. Every day, they pray on their own, but on holidays, when the mosque is filled with the faithful from different parts of Poland, they are joined by imam Janusz Aleksandrowicz from Białystok. Kurban Bajram is celebrated solemnly to commemorate the willingness of Ibrahim (Abraham) to sacrifice his own son to God. It is followed by the more joyful Ramadan Bajram at the end of the month of fasting.

The exterior of the tiny pine wood mosque, with a gable roof covered with shingles and topped with three towers, resembles a Christian church.

“The Tatars were soldiers, not builders,” explains Dżemil Gembicki. “The mosque was left to them by the local people. To the best of their ability, ‘under the Polish sky’, as the chronicles say, they modelled it on small wooden catholic and Orthodox churches.” 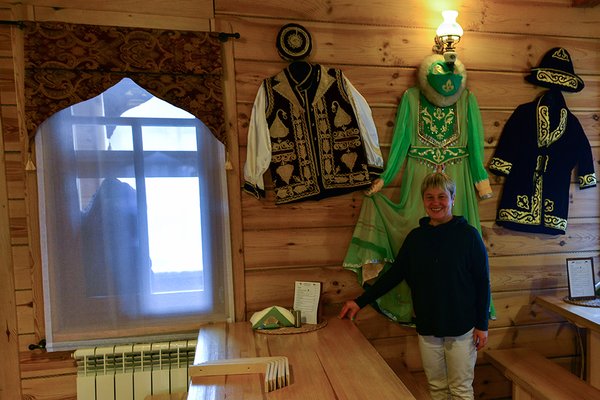 In the prayer hall, with its soft carpets and separate male and female sections, there is the mihrab, a niche in the wall facing Mecca, and the minbar, a pulpit from which the imam preaches.

Close to the mosque is a mizar, located on a gentle, wooded hill. It is one of three Muslim cemeteries in Poland, alongside the ones in Bohoniki and Warsaw. The names on tombstones include Ajsza, Lejla, Ali, Ibrahim Mustafa, Tamerlan.

New graves are covered with plates, while the older ones comprise just two stones, a smaller one at the foot and a bigger one at the head, often with inscriptions engraved in Arabic or Cyrillic and a green cap of moss. A leaning stone with, a barely visible date of 1699 is the oldest tombstone in the mizar.

Everyone who comes to Kruszyniany visits Dżenneta Bogdanowicz. The energetic Tatar lady runs a farmhouse in Kruszyniany, organizes culinary workshops and festivals promoting Tatar culture. She also serves food to those visiting her. When asked what has survived from the ancient tradition of the Tatars, she replies with no hesitation: their religion and cuisine. Dżenneta is a master in the latter. The tastes learned at home, where both her grandmothers cooked, are her greatest inspiration. ‘Tatar cuisine is mostly mutton, which I have replaced with lamb, beef, goat meat, goose and duck,’ she lists. Serving tea with a ginger and dried fruit aroma, prepared by her of course, she shares recipes for dumplings – the national dish of the Tatars – pound cake and potato sausage, compote of black and red currants, sea-buckthorn and chokeberries.

Specialty number one? Pierekaczewnik! This is an extremely labour-intensive dish consisting of six thin layers of dough stuffed with mutton, beef or goose meat. The sweet version of the dish contains white cheese, raisins, apples or prunes. The piece is coiled into the shape of a snail’s shell and baked in an electric oven for almost three hours.

‘It is possible that Colonel Krzeczowski served pierekaczewnik to Jan III Sobieski when the king stopped in Kruszyniany on the way to the Sejm in Grodno,’ says Dżenneta. In 2009 the delicacy was registered in the EU as a Traditional Speciality Guaranteed. 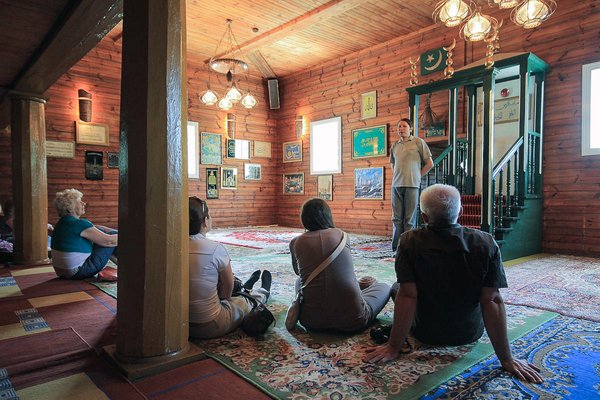 Discover the secrets of Kruszyniany

The 5 km long Ecumenical Route around the reservoir of Ozierany is one of the main attractions of Kruszyniany. It consists of statues, shrines and information boards informing passers-by about the three religions of Podlasie and local legends. The most important point on the route is the Ecumenical Mountain with Catholic and Orthodox crosses and the Muslim crescent.

After World War II, as a result of the shifting of Poland’s eastern border, most of the Tatar settlements remained on the territories incorporated into the Soviet Union. Approximately two thousand Tatar repatriates then relocated to the Recovered Territories in the west of Poland, among others, to Gdańsk, Gorzów Wielkopolski, Trzcianki and Wrocław. Today, around three thousand people of Tatar origin live in Poland, most of them in Podlasie.

The Polish Tatar Centre of Education and Muslim Culture is being established in Kruszyniany. The opening is planned on September 2015. Its main aim is to popularize the cultural heritage of Polish Tartars. The facility will organize ‘green schools’, workshops and scientific lectures. More than half of the funds for the construction have come from the European Union.