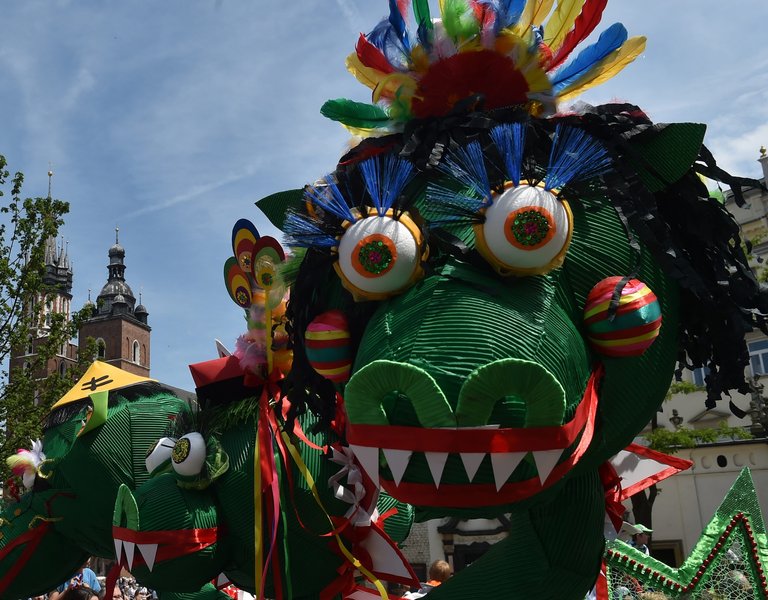 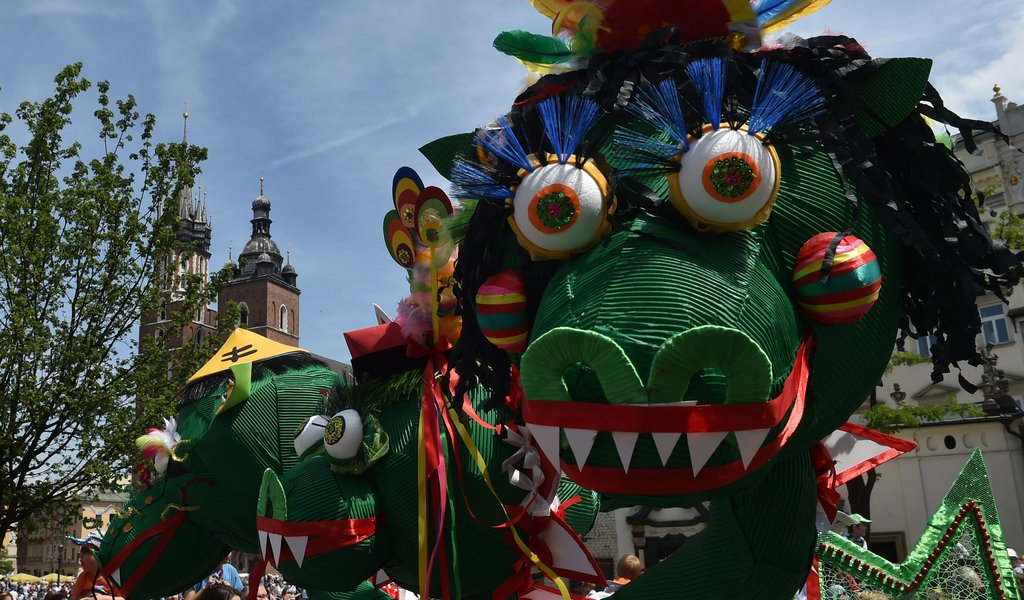 According to the legend, under the rule of King Krakus, Kraków was a happy place, until its residents discovered a dragon nested just outside the city walls. The beast was constantly hungry and demanded to be fed. To stop this the king announced the he would give his daughter’s hand to anyone, who would kill the dragon. Many princes and knights were tempted but none of them succeeded. Dratewka, a poor but smart shoemaker, came up with a cunning idea: he stuffed a sheep with sulphur and left it in front of the dragon’s den. The beast ate the sheep in one bite and the sulphur made it so thirsty, that it ran to the nearby Vistula river and drank, and drank, and drank… until it burst! King Krakus kept his promise, Dratewka married the princess, and they lived happily ever after.

Nobody knows how and why, but the dragon reappeared on the bank of the Vistula, just below the Wawel castle, in 1972. It is 6 meters tall and it occasionally breathes fire (Wawel Dragon Statue). What is more, as it turns out, the Wawel Dragon is not the only one, clearly there are more in the area. Usually they hide in their dens but once a year, at the beginning of June, they can be seen flying around the city doing the things that dragons do. The annual Great Dragon Parade features a festive riverside parade which boasts fire-breathing beasts of different kinds and sizes, as well as many accompanying events for all ages throughout the weekend. 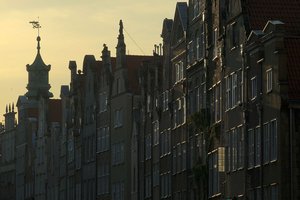