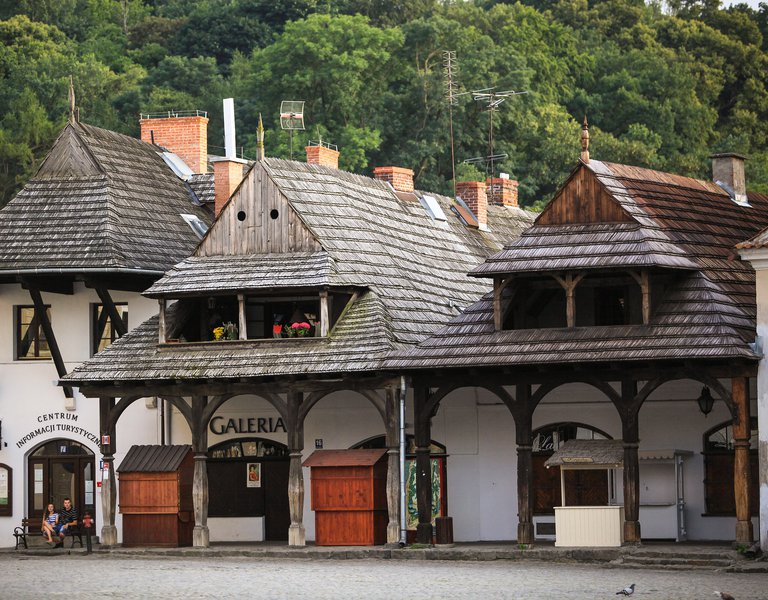 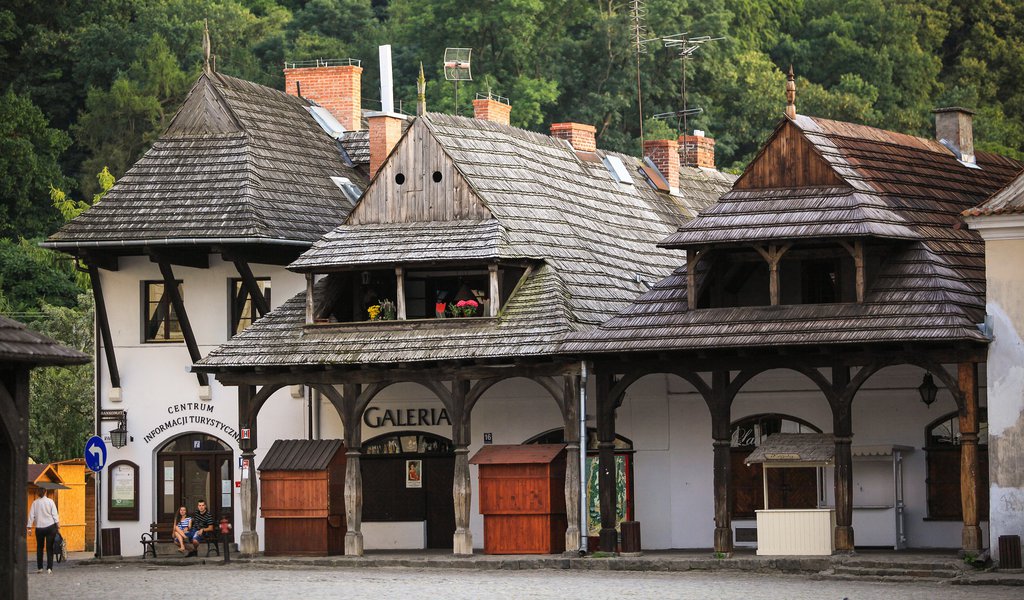 Krakow, Wroclaw or Wieliczka are some of the obvious destinations for foreign holidaymakers coming to our country. So we’d like to give you a few tips on where else older people can head for their holidays in Poland, including some spots off the beaten tourist track.

This Baltic town is situated on the island of Wolin, not far from Świnoujście, a port near the German border that operates ferry connections with Sweden and Denmark. It is here that some of Poland’s most famous and beautiful beaches can be found. In direct vicinity of the town is Wolin National Park, featuring spectacular cliffs and a multitude of wild birds.

Tourists come to Międzyzdroje on account of its status as a health resort, and to enjoy the cyclical festivals of art and culture organised here. The most popular event is the Festival of Stars held in July. Artists who take part leave their handprints on memorial flagstones along the Promenade of Stars, which is modelled on Hollywood Boulevard. 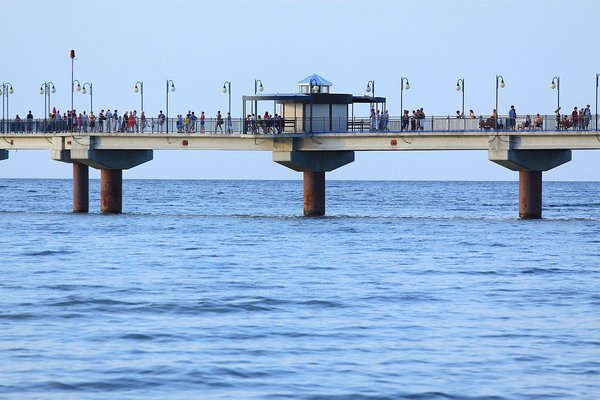 Sopot is Poland’s largest and trendiest resort on the Baltic Sea. Holidaymakers appreciate both its beautiful, clean beaches, and a wide range of elegant hotels and restaurants. Situated near such major cities as Gdynia and Gdańsk, Sopot has the status of a health resort. You are reminded of this by the city landmark: an over 150 year-old pier, which is now the longest structure of this kind in Europe. At the base of this popular promenade is Zdrojowy Square with historic premises of the Balneological Institute, where patients have been treated with baths in saline water for more than 100 years.

The Sudetes with the Kłodzko Valley situated right in their middle are Poland’s spa and resort hub, drawing patients from across Europe. The oldest mention of the salubrious effect of drinking local water dates back to the Middle Ages. The great Polish composer Fryderyk Chopin himself was treated in Duszniki-Zdrój in 1826, which is probably why an International Chopin Festival is organised here every year. In Polanica-Zdrój your attention will be caught by one of the most beautiful spa parks in Poland. In Lądek-Zdrój you should definitely visit the Zdrój Wojciech spa with a thermal swimming pool topped by a 17th-century Baroque dome. 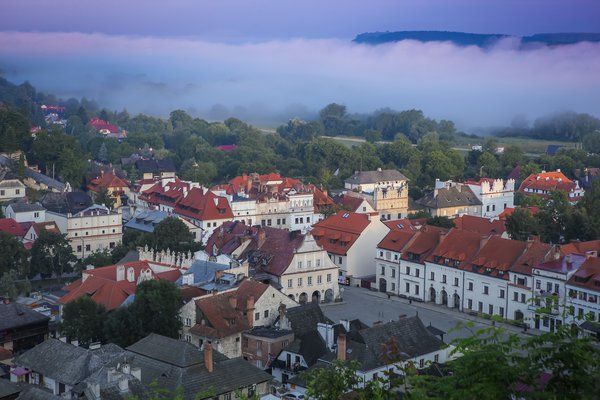 A Renaissance town amidst beautiful landscapes, Kazimierz Dolny is a real Mecca for artists and writers. What makes it stand out are historic buildings and the romantic ruins of a 14th-century castle built during the rule of King Casimir the Great. The stronghold once stood guard over the nearby Vistula crossing. On the opposite river bank, in the town of Janowiec, is another castle, which was erected in the 16th century. Recently renovated, today it houses the Vistula River Museum. This section of the Vistula River is especially picturesque, and the best way to appreciate this is by taking a boat cruise. Other places worth visiting in the area are gorges that cut deep into the surrounding hills. Within a close distance from Kazimierz are Nałęczów, one of the most popular spas in Poland, and Lublin, the capital of the voivodship, famous for its beautiful old town.

Situated on seven hills among lakes of the Wielkopolska region is Gniezno, Poland’s first capital city and the place where the first ruler of Poland, Mieszko I, was baptised in 966. The spot is occupied today by a monumental Gothic cathedral featuring Gniezno Doors, a masterpiece of Romanesque art from the 12th century that is second to none in Europe. Covered in bas-relief, the monument tells the life of Saint Adalbert or Wojciech, the first Polish martyr and patron of the cathedral. It was in this church that many Polish kings were laid to rest and coronation ceremonies were held.

While in Gniezno, be sure to make a detour to nearby Biskupin, which is home to an almost 2800 year-old settlement. Another interesting sight is the town of Pobiedziska, situated on the Piast Trail, where you can visit a replica of a medieval settlement. One of its highlights is an exhibition of old siege engines. 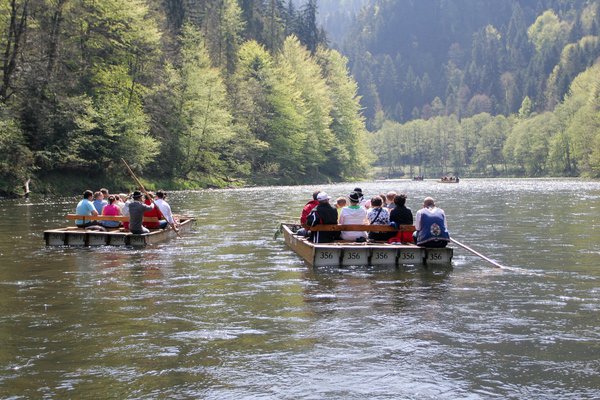 The Pieniny mountains, sometimes called “the miniature Tatra,” are a small range situated in the south of Poland. At their foot is Szczawnica, a picturesque town and one of the oldest health resorts in Poland. In its very centre sits the starting station of a chairlift that will take you up to Palenica, a nearby peak and an ideal place for embarking on your hiking and cycling trips along the trails of Pieniny.

From Szczawnica you may want to take one of Europe’s best river rafting rides – through the Dunajec River Gorge. The rides have been organised since the 19th century on traditional wooden rafts. The walls of rock towering up to 300 metres along the river are really impressive. Other interesting sights in the vicinity are Lake Czorsztyn and the castles in Niedzica and Czorsztyn.

It is a Renaissance city erected by the Polish magnate Jan Zamoyski in the 16th century. Zamość had been designed as an ideal city, in line with strict architectural precepts of the era. Owing to its unique Old Town the city is sometimes called "a pearl of the Renaissance," "a city of arcades" or "the Padua of the north." Zamość’s oldest buildings have been inscribed on UNESCO’s World Heritage List.

The market square is dominated by a town hall with a 52-metre tall tower and monumental stairs consisting of two wings. Also worth a visit is one of Poland’s most beautiful city parks, established on the grounds of a former fortress, which is part of 16th-century fortifications.