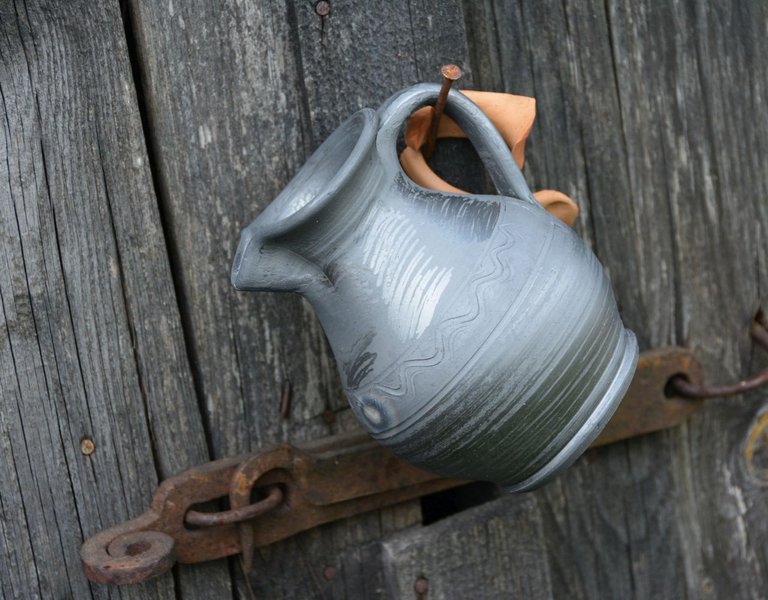 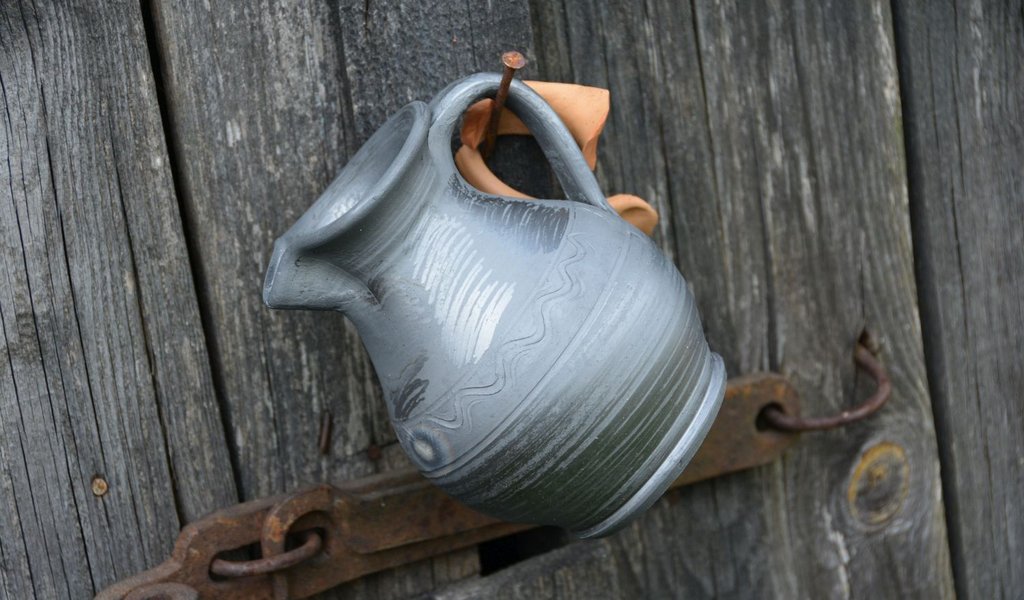 Learn the ins and outs of unique crafts on the Folk Crafts Trail of Podlasie. 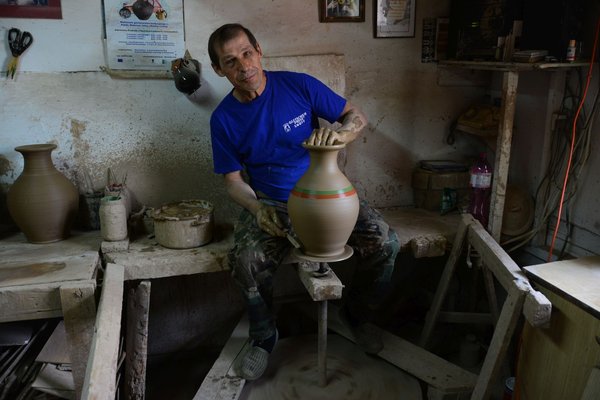 "In the past, everyone here used to fire pottery. When several furnaces were burning at the same time, there was so much smoke it seemed as if the whole village was on fire. Hence the name Czarna Wieś (lit. "Black Village"). And since the church was built, we have had Czarna Wieś Kościelna ("Black Church Village") as well," says potter Jan Kudrewicz. Covered in clay, he sits behind the potter’s wheel, forming a round jug with his shovel-like hands. "I have been working with clay for 38 years now, and I learned the craft from my dad. My dad worked with clay, my grandfather worked with clay, my great-grandfather worked with clay – it is a family tradition."

And it all started with a potter, Antoni Piechowski, who moved to Czarna Wieś Kościelna in Podlasie in 1799. Taking advantage of the abundant deposits of clay, he shaped pots on a potter’s wheel and fired bricks and roof tiles. Almost all villagers learned the craft from him. In time, they began to produce red (bisque), grey and glazed pottery. Today, Czarna Wieś Kościelna is the last operating grey pottery centre in Poland. The so-called siwaki (grey pottery) which, as a result of being fired in air-tight furnaces tightly filled with sand, turn a characteristic graphite colour, have been continuously manufactured here for a hundred years. Today, however, only a few potters cultivate this tradition. 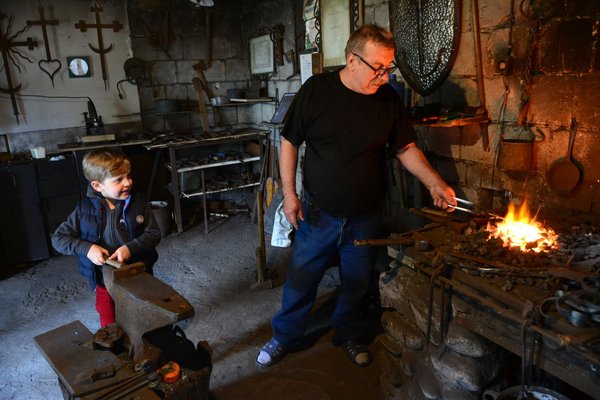 "It is a tough way to make a living," says Kudrewicz. "This is why this occupation almost does not exist anymore. All my brothers make pots, but only as a hobby. We do not force our children to follow us."

How to save dying crafts? This was the question Wojciech Kowalczuk, Head of the Ethnography Department of the Museum of Podlasie in Białystok, asked himself at the beginning of the 1990s. He went on to invent the Folk Crafts Trail of Podlasie, which in 2014 celebrated its 20th anniversary. "Traditional crafts were dying out. It was a sad sight," he recalls. However, Kowalczuk’s initiative made Podlasie handicraft famous and soon tourists appeared on the trail, motivating artisans to return to their tools.

The trail leads through the centres of traditional handicrafts on the edge of the Knyszyn and the Augustów Forests: Czarna Wieś Kościelna (pottery and blacksmithing), Zamczysk (production of wooden spoons), Janów and the surrounding villages (double weaving), Sokółka (folk sculpture) and Lipsk (batik Easter eggs exhibition and workshops). 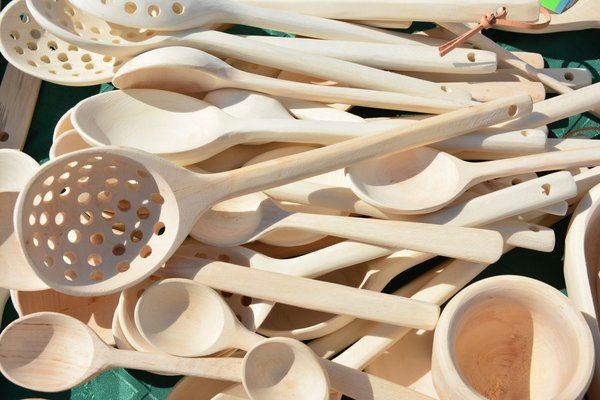 In Czarna Wieś Kościelna, it is worth visiting the smithy of Mieczysław Hulewicz, the only smithy on the trail. The Hulewicz family has been working as blacksmiths for many generations, but Mieczysław does not involve himself in purely utilitarian tasks, such as shoeing horses or forging gates. Instead, using the tools he made himself, he creates fancy picture frames, candlesticks and crosses, delicate roses, musicians and angels. He emphasises the fact that he considers himself an artist and the creative process of making things gives him happiness. He is a colourful character. With his lilting Borderlands accent, he explains why there are so many angels in his gallery: "I met a sculptor in Lithuania who carved devils and he actually started resembling one himself. I thought that if I made enough angels, I could perhaps grow little wings. And then - flutter – it must be better than driving a car!"

Already in the late nineteenth century, Zamczysk was famous for its wooden spoons. "All people here used to do that once," says Mieczysław Baranowski, a spoonmaker with 43 years of experience. "But in the end, it was just me." In the last working spoonmaking workshop, Mieczysław, using simple tools, carves scoops, dippers, ladles and spoons from aspen, linden and birch wood. When asked whether he would teach anyone his tricks of the trade, he responds that there is no one he could teach. "Every now and then, someone comes here to learn, but their enthusiasm fades with their first cut finger." 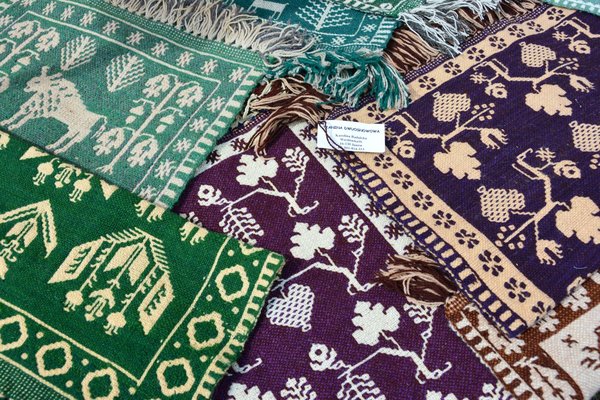 One of the most interesting crafts in Polish folk art is double weaving. The woollen "Janów rugs" with unique patterns, once widespread throughout north-eastern Poland, are nowadays made in only a few workshops situated in Janów and the surrounding villages. The technique is very complicated: two sets of warps in two different colours are used, and patterns are selected with a thin strip of wood. The work of Janów weavers is analysed by ethnographers and its commercial potential has even been noticed by a certain businesswoman from Japan. "Every year, she arrives in Janów and places a large order with each of us," says Danuta Radulska, a weaver. "She uses our fabrics to make pillows, bags and bookmarks. Apparently, Japanese stores sell them out in an instant. And this year the Japanese are coming to us to learn how to weave." 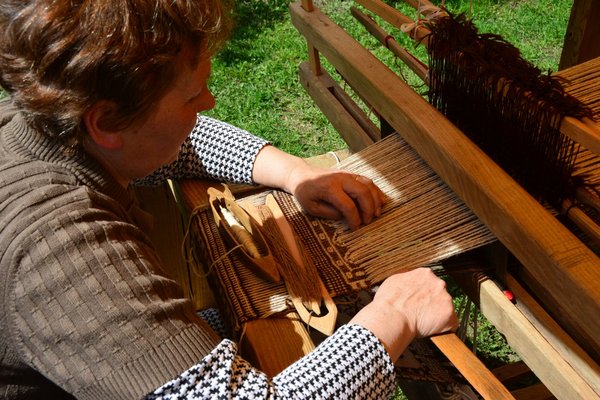 The folk artist workshops can be visited during open-door days and ethnographic picnics, or by appointment. Addresses and phone numbers can be found at: www.wrotapodlasia.pl/en. Presentations of traditional techniques, workshops and international open air events are organised by the Centre of Folk Crafts in Niemczyn (pottery, metalwork, jewellery, stained glass etc.), the Regional Weaving Chamber in Janów (double cloth) and the Easter Eggs Museum in Lipsk (Easter egg decorating, ritual bread-making, Easter palms, cut-outs).