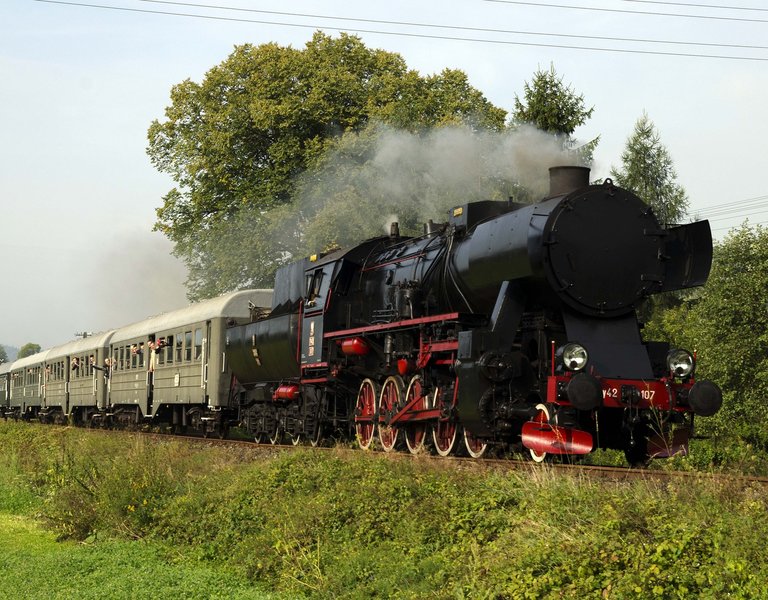 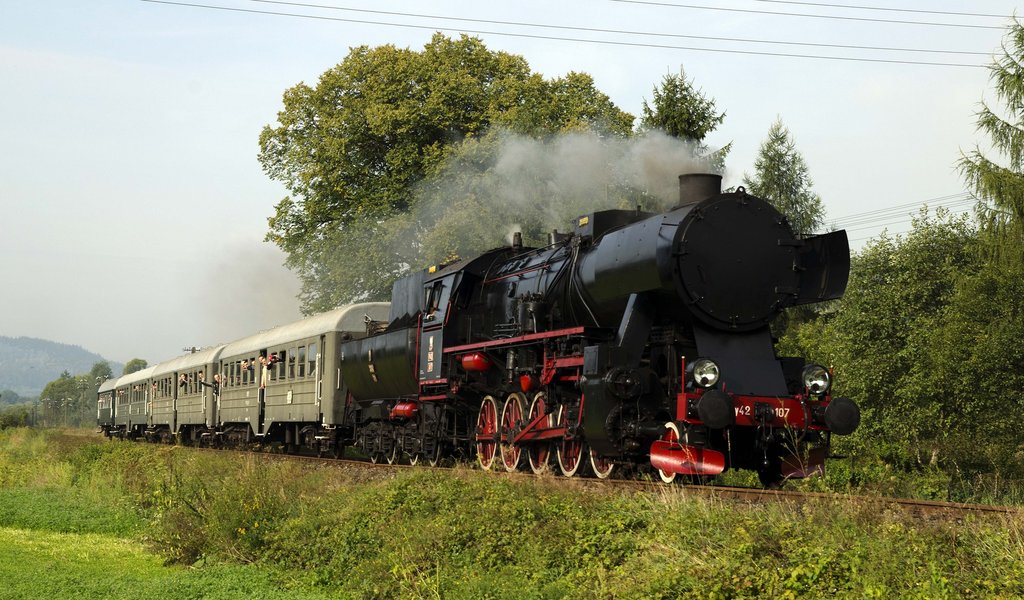 From May to December, scenic trains will run along the most beautiful railway routes in the Malopolska region.

“We have been organising scenic train rides dubbed “Kolej na majówkę!” (a wordplay on the two meanings of the word ‘kolej’ which can mean both ‘train’ and ‘time for’ – “Take the train during the May break/It’s time for a May break”) annually since 2011, says Łukasz Wideł, Vice-Chairman of the Nowy Sacz Railway Society who organises rides on historical trains in collaboration with the Chabowka Rolling Stock Heritage Park “Skansen”. “They are so popular that we have decided to extend our offer to include other periods and routes and we came up with the “Malopolska Train Routes,” project, which has been running for two years now. In 2015, 11 retro trains carried over 3,500 people as part of the project.”

The train sets are a combination of Polish steam locomotives OKz32-2 dating back to 1932 , TKt48-191 dating back to 1956 and the 1946 German Ty42 as well as passenger cars from 1920-1963, which are being serviced and maintained by the Chabowka Rolling Stock Heritage Park “Skansen.”

The historical trains will run along routes from Chabowka to Nowy Sacz, Zakopane, and Zywiec via Sucha Beskidzka; from Nowy Sacz to Biecz and Krynica; from Krakow to Tarnow, Wadowice, Nowa Huta and Wieliczka; from Tarnow to Tuchow; and from Gorlice to Gorlice Zagorzany.

The 70 km-long section between Chabowka and Nowy Sacz, considered one of the most beautiful mountain trails in Poland and Europe, is particularly picturesque. “It's a very steep route, with the railway cant exceeding 27 per mille at slopes,” says Łukasz Wideł. “The line traverses the mountain slopes, and travellers can enjoy the beauty of the Island Beskids mountain range. In good weather, the Tatras can be seen when the train approaches Nowy Sacz.

The Chabowka-Nowy Sacz route is a part of the former Galician Transversal Railway, inaugurated in 1884. The railway used to run through the northern part of the Carpathians, connecting the town of Cadca (in today’s Slovakia) with Gusyatin in Ukraine (nearly 600 km).

Passengers will enjoy themselves thanks to the many attractions on offer, such as stands with local products at selected stations, sightseeing visits, prize contests, performances by live music bands and historical re-enactment groups.

“Animators will re-enact genre scenes,” says Łukasz Wideł. “For example, in Zagorzany on the Nowy Sacz-Biecz route, the Gorlice 1915 historical re-enactment group will board the train to check tickets, recreating the atmosphere of the popular movie C.K. Dezerterzy which takes place in 1918. On the Nowy Sacz-Chabowka route travellers will appear dressed in historical costumes - tradesmen, Jews, itinerant musicians, Galician townspeople - to mingle with passengers. And on 11 November, Poland's Independence Day, we will organise a re-enactment of a transport of Polish Legions, with equipment transported in a separate car.”