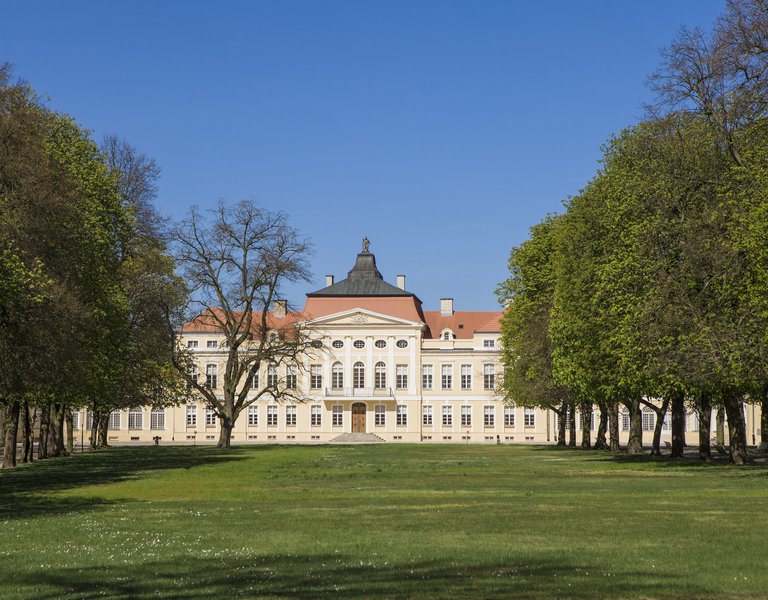 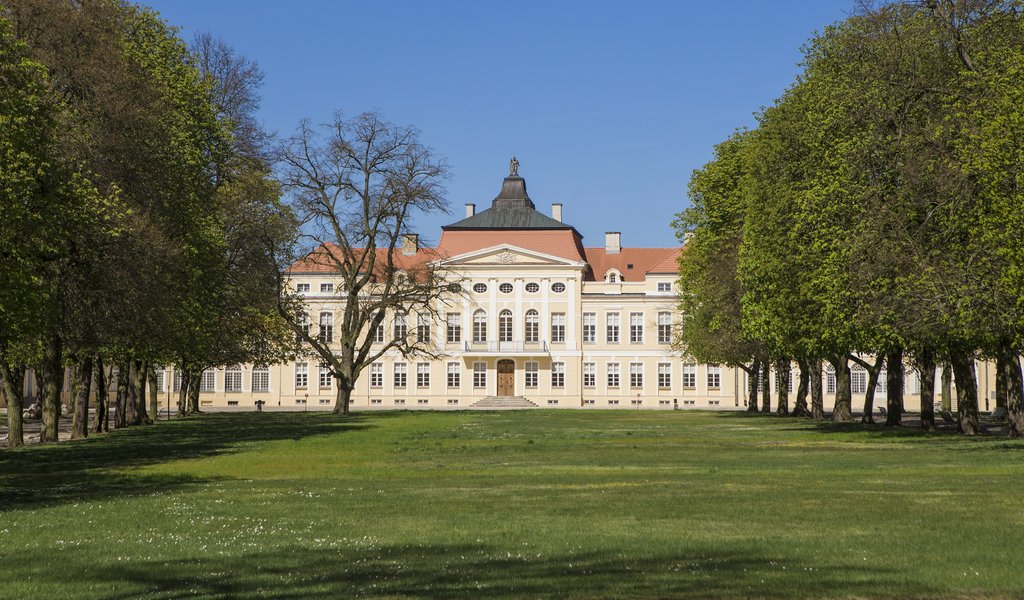 Its architectural and decorative merits as well as its beautifully landscaped surroundings, make the 18th-century Rogalin Palace one of Poland’s finest palace complexes.

Built in 1770-1776 based on a design by an unknown architect, Rogalin once was home to the Raczyński noble family. At the heart of the complex is a two-wing baroque palace with rococo decor and classical interiors, designed by outstanding architects of the time: Domenico Merlini and Johann Christian Kammsetzer. Adjoining facilities include stables, a carriage house and a woodshed. The backyard is occupied by a rococo garden. 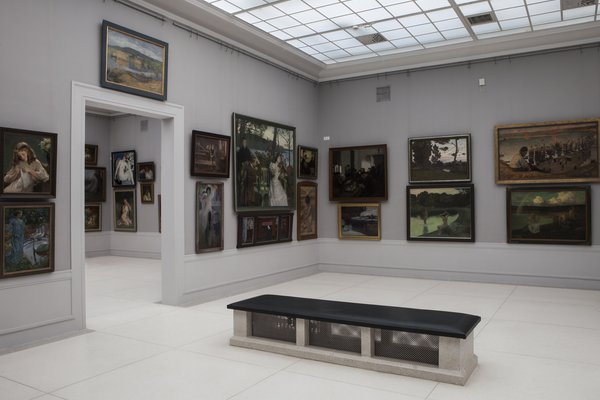 Subsequent generations of the Raczyński family added the Mausoleum Chapel in the style of a classical temple that houses a family crypt. With its picturesque setting in the Warta River valley, the residence at Rogalin is one of Poland’s finest park-engulfed palace complexes.

What makes Rogalin special in Polish culture is also the tradition of cultural patronage cultivated by generations of the Raczyńskis. Their greatest contributions include the first public library in the Wielkopolska region, the Poznań-based Raczyński Library, which is still open to the public, the Polish Kings’ Chapel at the Poznań Cathedral, and an art gallery. Edward Bernard Raczyński, the last male owner of Rogalin and Poland’s president-in-exile from 1979 to 1986, established the Raczyński Foundation alongside the National Museum in Poznań. Raczyński bestowed the Foundation with his family’s art collection as well as with ownership of the residence. 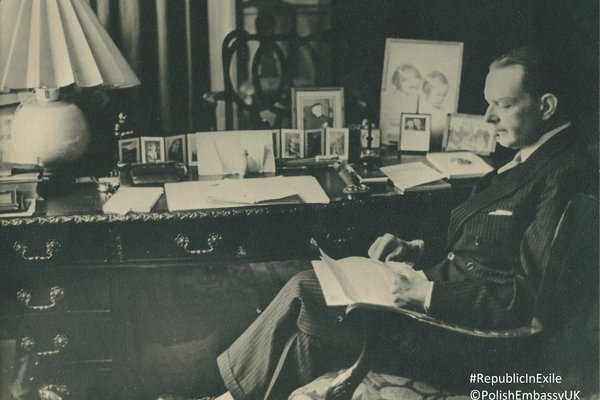 The most recent refurbishment of the palace was carried out in several stages, covering both the interior and exterior of the palace, including furnishings, textiles, paintings and stained glass windows. The overhaul also revamped the stables, the courtyard, park alleys, a three-arch bridge and the carriage house which contains an impressive collection of carriages.

Especially notable among the palace interiors are a neorococo library featuring a black marble fireplace and cabinets inlaid with golden oak wood, as well as an armoury with a collection of militaria. The right wing of the palace includes a meticulously re-created London study of Edward Raczyński, Poland's president-in-exile in 1979-1786.

The Raczyński family owned an impressive collection of Polish and European paintings from the turn of the 19th and 20th centuries. Destroyed and depleted during the second world war, today, the collection consists of around 250 artworks, including paintings by some of Poland’s most eminent artists, such as Jacek Malczewski, Aleksander Gierymski, Olga Boznańska, Leon Wyczółkowski and Józef Mehoffer. 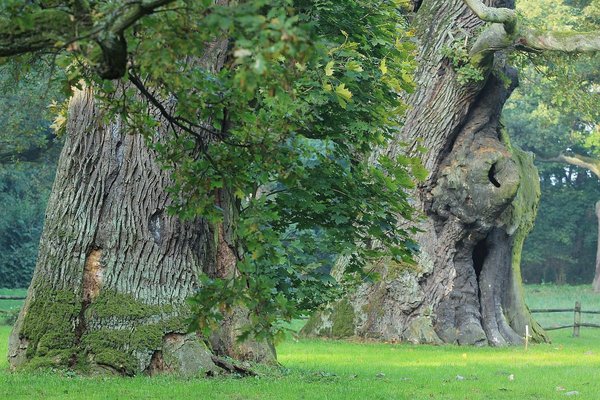 The region of Rogalin is famous for its ancient oaks. Over 1,435 specimens, some measuring two metres in diameter, were identified in 1992 and many of them have become natural monuments. The residence’s landscape park is home to three oaks known as Lech, Czech and Rus, which were named after the legendary brothers, founders of the three Slavic countries. The trees are estimated to be over 700 years old, and the largest one measures more than nine metres in diameter.