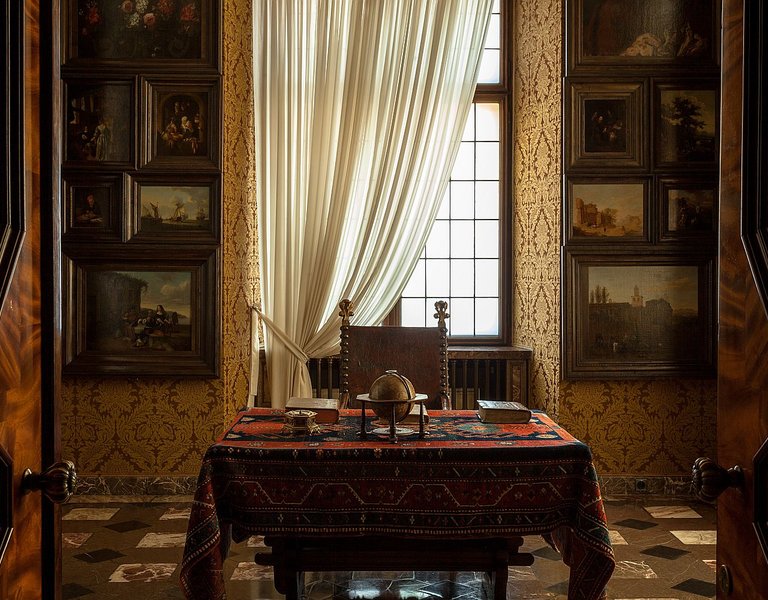 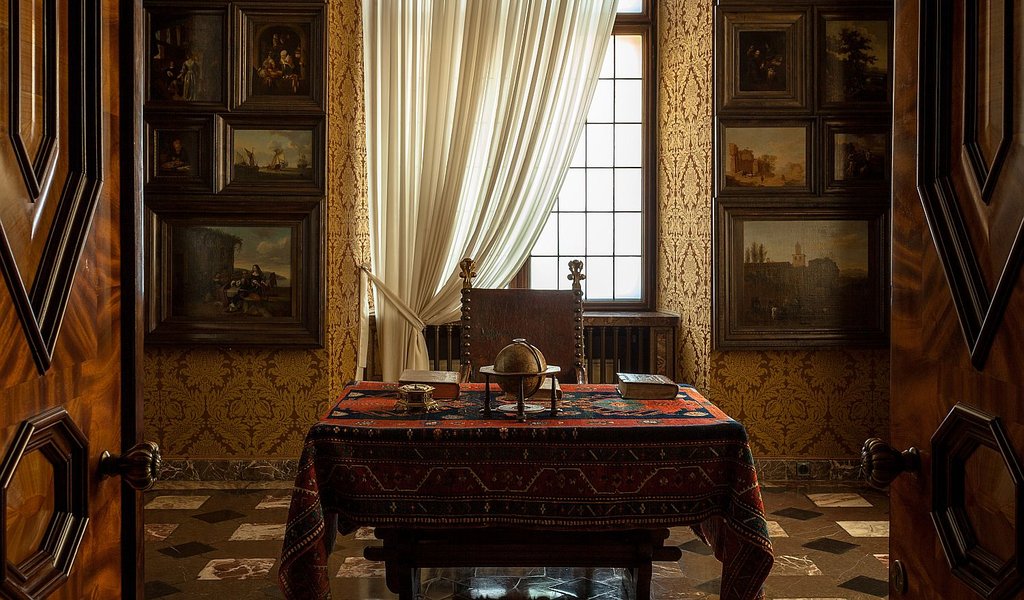 Royal Castle on the Wawel Hill

The Wawel Hill –for many centuries the seat of kings and their final resting place – looks back on the most important events in Poland’s history.

“The Wawel Hill is a special place. It is associated with the most important events in Polish history. First it was the seat of princes, then of kings, and finally one of the royal residences, but always the most important one,” Jan Ostrowski, the director of the Royal Castle on the Wawel Hill, tells Poland.pl.  The Wawel Cathedral houses the Ara Patriae, or the Altar of the Fatherland – the tomb of St. Stanisław, one of the main patron saints of Poland. After the country had been partitioned, lost its statehood and been erased from the map, Wawel remained a symbolic place reminding Poles of the former greatness of their state. 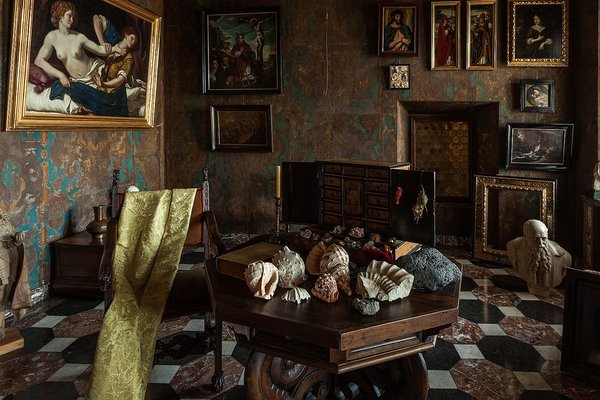 Towering over Krakow, the Wawel Hill (at an altitude of 228 meters above sea level) became a centre of political power at the end of the 10th century, when the first historical ruler of Poland, Mieszko I, chose it as one of its seats. In the second half of the 11th century, Krakow became the capital of Poland and a solid stone palas was erected in the Romanesque style the remains of which have been preserved in the castle’s northern wing. Over the ages, the residence, rebuilt by successive rulers, was expanded and turned into a monumental architectural complex featuring Gothic, Renaissance and Baroque objects.

In 1506, when Sigismund I the Old ascended the throne, he decided to rebuild the castle in the Renaissance style. His decision ushered in the golden age of the Wawel Hill which coincided with the period of Poland’s greatest all-around expansion. The king commissioned Italian architects, sculptors and painters, such as Francesco Fiorentino and Bartolommeo Berrecci, to build a four-winged palace surrounding an arcaded courtyard. The castle cathedral was enriched with a magnificent Sigismund Chapel – the most outstanding work of Tuscany Renaissance –11-tonne bell called “Sigismund”, the biggest in Poland, in honour of the king. The Wawel became one of the most magnificent royal residences in Europe of its time. 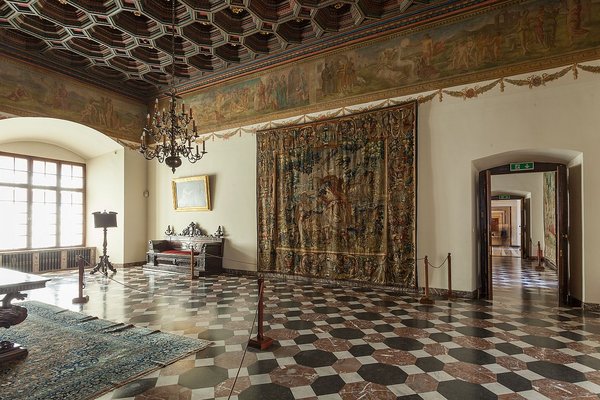 Sigismund II August continued his father’s work. Tapestries, which he ordered from the best Brussels workshops, are among the most prized Wawel collections. At the end of the 16th century, the royal court was moved to Warsaw and monarchs would visit Wawel for coronations, weddings, and funerals. At the end of the 18th century, when Poland lost its independence, the Austrians converted the hill into barracks and destroyed some of its buildings. During the 1939-45 German occupation, Wawel was taken over by General Governor Hans Frank. The most precious items, such as the tapestries and Szczerbiec, the coronation sword of Polish kings, had luckily been taken to Canada, from where they returned as late as 1959-1961. “Even though the castle was destroyed and in need of partial reconstruction, it has retained its original shape. The walls and the majority of its decorative elements are original,” stresses Jan Ostrowski. 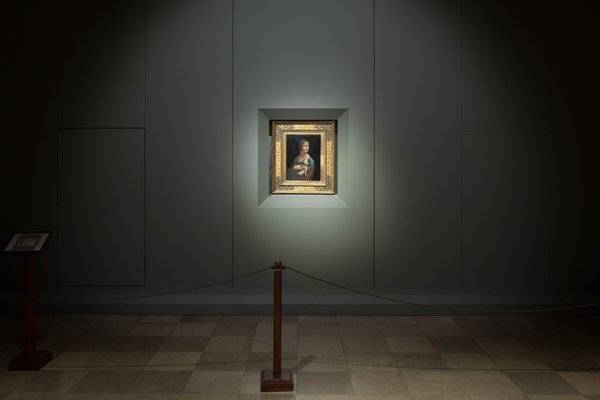 Da Vinci on the Wawel Hill

The Lady with an Ermine – a portrait of Cecilia Gallerani painted by Leonardo da Vinci in 1490 – is the most valuable painting found in Polish collections. It is owned by the Princes Czartoryski Foundation. However, it can be viewed on the Wawel in the Renaissance apartment of Bona Sforza, King Sigismund the Old’s wife, until the renovation of the Princes Czartoryski Museum in Krakow is completed (scheduled for 2017). 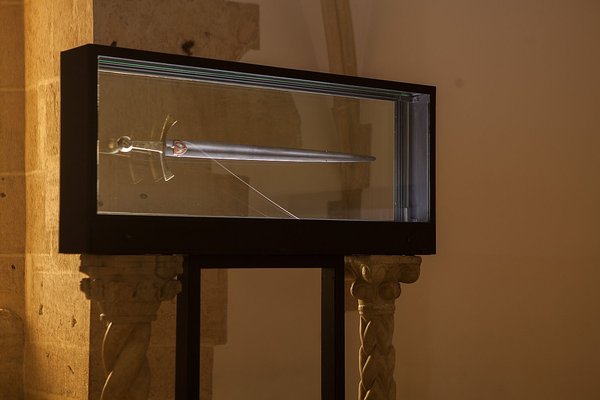 The Wawel collections consist mainly of Polish and European paintings (over 1000 easel paintings and several hundred watercolours, pastels and drawings), ceramic, furniture, military items, fabrics and goldsmith’s items dating back to 13th -20th centuries. The most valuable is no doubt the Szczerbiec, a coronation sword of Polish kings from the second half of the 12th century or the first half of the 13th century. “It is a symbol of state sovereignty. Since 1320 it had been used for the coronation of every Polish monarch. Together with other royal insignia it is kept in the Crown Treasury,” says Jan Ostrowski. In 1795, Prussian partitioners looted the treasury and the Polish regalia – crowns, sceptres, and orbs – were taken to Berlin to be melted down. Only the Szczerbiec remained and now it is the most important Polish historical memorabilia. It is exhibited in the Jadwiga and Jagiełło Hall. 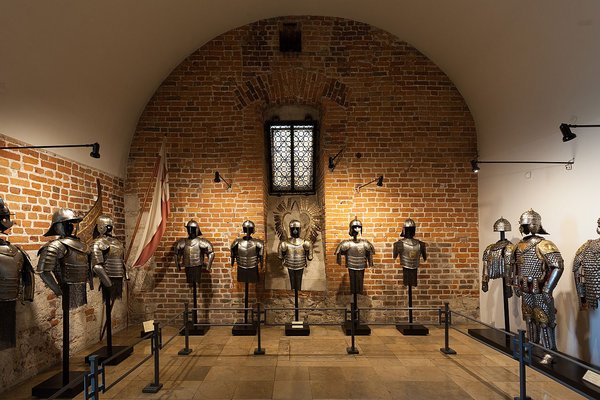 “The second unique set of items is a collection of tapestries commissioned by King Sigismund August in Brussels in the second half of the 16th century for the purpose of decorating Wawel interiors,” says Jan Ostrowski. Originally the collection numbered around 160 tapestries woven from wool, silk, gold and silver threads, of which 138 (136 are in the Wawel collection) have been preserved until this day. This is the biggest collection of tapestries ever to be commissioned by one ruler and one of the most precious collections of this type in the world. It includes a series of monumental size arrases depicting biblical scenes, verdures with animals against a landscape, grotesque scenes with the monogram of Sigismund August and the coat-of-arms of Poland and Lithuania. The tapestries represent monuments of special value for Polish culture since they are the only original element of Wawel interior decorations from the time of the Renaissance. They are on display in several rooms, especially the Senate Chamber, the biggest Wawel room which is decorated with the tapestries from the ceiling to the floor.

One of the most unique Wawel exhibitions is the Oriental Art Exhibition displayed mainly on the first floor of the western wing. Islamic art and crafts were very fashionable in erstwhile Poland as a result of lively trade contacts with the Near East and many wars waged with countries in the region. Carpets, silk, weapons, as well as intricately decorated horse harnesses and saddles, which were quite popular with the szlachta (Polish nobility) and the royal court, were shipped to Poland from Turkey, the Crimea, the Caucasus and Persia. 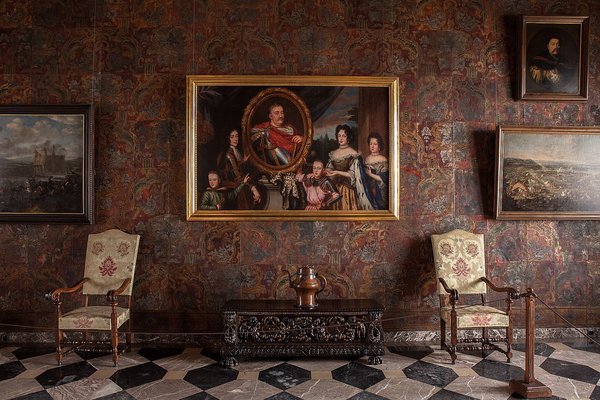 The most important part of the exhibition consists of the spoils of the 1683 Battle of Vienna, which was a historical victory for Polish troops led by John III Sobieski over the Turkish army of Kara Mustafa.

Among them is a collection of thirteen Turkish tents — magnificent “field palaces” sewn from thick and water-resistant linen and decorated inside with colourful applications made of silk and gold-plated leather, which form the biggest collection in Europe and one of the biggest in the world. You can also see four Turkish banners captured near Vienna, the sword of Kara Mustafa, 16th-century Turkish horse armour and Turkish and Persian sabres dating from 17th-18th centuries.

The western part of the Wawel Hill contains a 270-meter long dripstone cave with an 81-meter long section open to the public. A staircase in the brick turret near the Thieves’ Tower descends to the den. The cave is linked to a legend whose oldest version is found in the Polish Chronicle written by Wincenty Kadłubek at the turn of the 12th and 13th centuries. It tells the story of a terrifying dragon that lived “in the recesses of a certain cave” and forced the local population to bring him offerings of cattle, otherwise he would devour humans. King Gracchus ordered his two sons to kill the oppressor. After many unsuccessful attempts, the princes came up with a trick. Instead of animals, they fed him calfskin stuffed with smouldering sulphur. He devoured it whole and then …. suffocated with the smoke from the fire raging in his intestines. The king’s younger son used this occasion to get rid of his competitor to the throne, killing his brother and laying the blame on the dragon. The crime was discovered and its perpetrator was banished. Krakow, a city named after the king, was built on that rock. A sculpture of the Wawel Dragon stands in front of the entrance to the cave on the boulevard on the Vistula River.