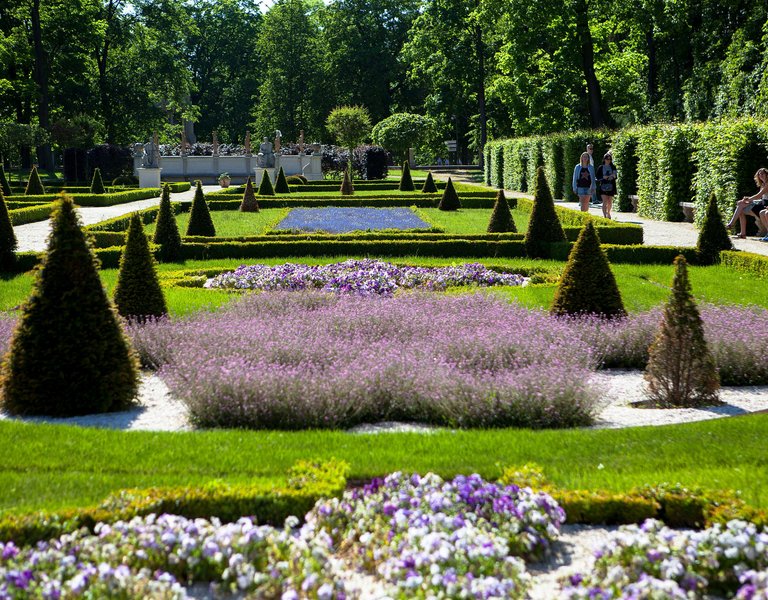 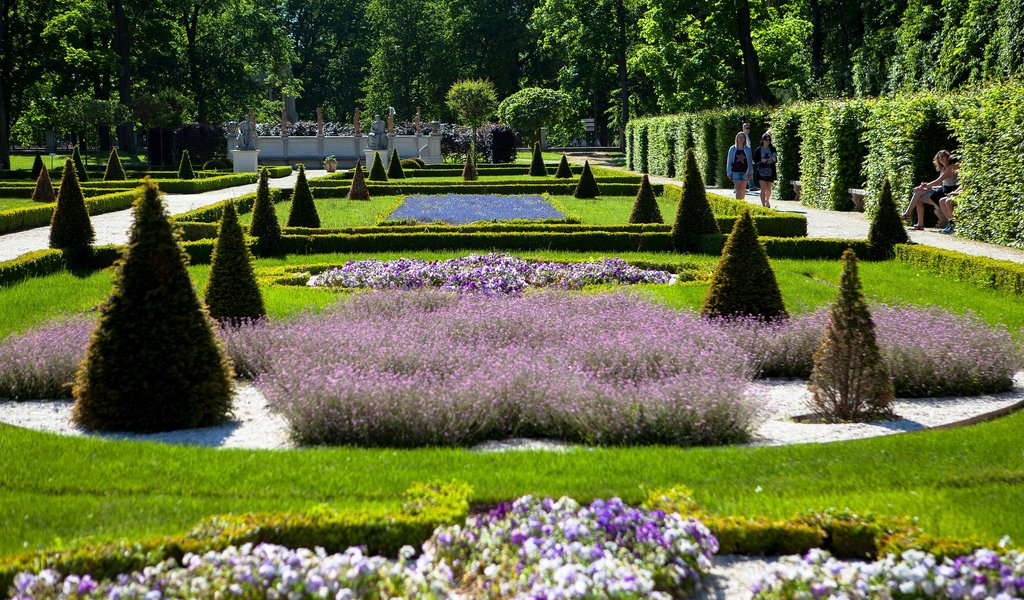 The Secret Garden in Wilanów

One of the most famous royal residences in Poland, Wilanów is a must-see in every Warsaw guide. While the historic palace is no doubt a gem of Baroque architecture, its surroundings are just as precious and fascinating. Let us take a stroll in Wilanów’s gardens.

The Wilanów garden now covers the surface of 45 hectares. However, it was much smaller originally. Its oldest part, the baroque garden, was designed together with the palace complex in the second half of the 17th century. Commissioned by John III Sobieski, the design of the garden was entrusted to Agostino Locci, who used symmetrical forms and plants characteristic for Baroque aesthetics, such as peonies, pasque flowers, narcissi and orange trees. In conformity with the style of the time, the garden consists of the so-called parterres, i. e. low plant beds (plant parterres), lawn beds (grass parterres), or patterns arranged using foliage, flowers and colorful gravel (broderie).

The Wilanów garden underwent major extension works in the beginning of the 19th century at the initiative of Stanisław Kostka Potocki, a Polish columnist, poet and politician. Owing to his efforts, the vast area surrounding the palace consists of several gardens, e.g. a rose garden, garden next to the Orangery, and north and south landscape gardens. The extensive area also boasts numerous architectural elements, sculptures and rich vegetation, such as ancient specimens of hornbeams, lime, ash and the black poplar. The landscape also features the Wilanów Lake, connected by the Sobieski Channel with the Wilanówka River. 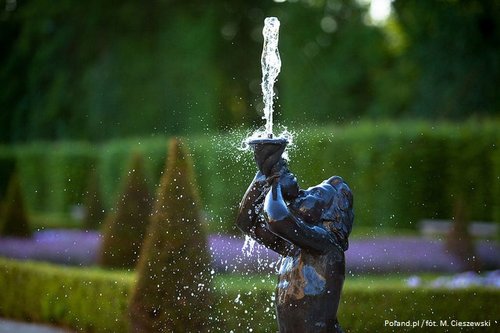 The Garden of Symbols

As befits a historic garden, Wilanów is full of extraordinary, albeit forgotten symbols of both practical and artistic nature. The embroidered parterres on the upper terrace of the Baroque garden reflect the layout of the palace: four square plots represent bedrooms and antechambers of John III Sobieski and his queen consort Marie Casimire, also known as “Marysieńka”. Eight triangle plots represent corner studies. At the time when John III Sobieski resided in the palace, also the colours of the flowers were carefully selected. Red symbolized royal majesty and power, gold and yellow epitomized wealth and nobleness, while green represented inner balance, truth and peace. One of the parterres depicted Janina, the coat-of-arms of the Sobieski nobility clan.

The decorative elements which adorn the palace garden reflect their owners’ fascination with antiquity. The visitors are welcomed by a pergola with a quote from Horace that encourages taking a rest: Ducite solicitae quam iucunda oblivia vitae (in Latin: Consider sweet forgetfulness of life full of worry). At the times of John III Sobieski, the Terrace featured sculptures of gods from Mount Olympus, now replaced by the 18thcentury sculptures depicting mythological figures. The stone bannister flanking the stairs which divide the garden into two parts is decorated with the allegories of four seasons and four stages of love: Fear, Kiss, Indifference, Quarrel. In the North Garden, you can find a place for contemplation – the Grove of Akademos, designed in the 19th century and inspired by an ancient grove on the Kefisos river. The gardens also reveal oriental elements, such as the Chinese Gazebo. Interestingly, in spite of its name, the gazebo is topped with two crescents and a Turkish hat. 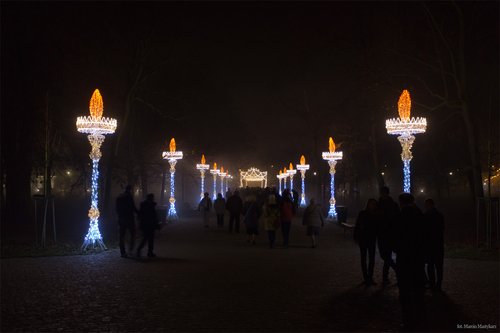 The Garden of Light

This year, once again, you can experience the magic of the Garden in Wilanów thanks to the Royal Garden of Light outdoor exhibition. Specially arranged colourful diodes turn the garden into a myriad of sophisticated shapes. The visitors can walk along the 75-metre light tunnel, admire the illuminated pergola and the orange trees blossoming despite the autumn and winter weather. The lower terrace hides this year’s surprise, the Musical Garden of Dreams.

Admission to the Royal Garden of Lights: