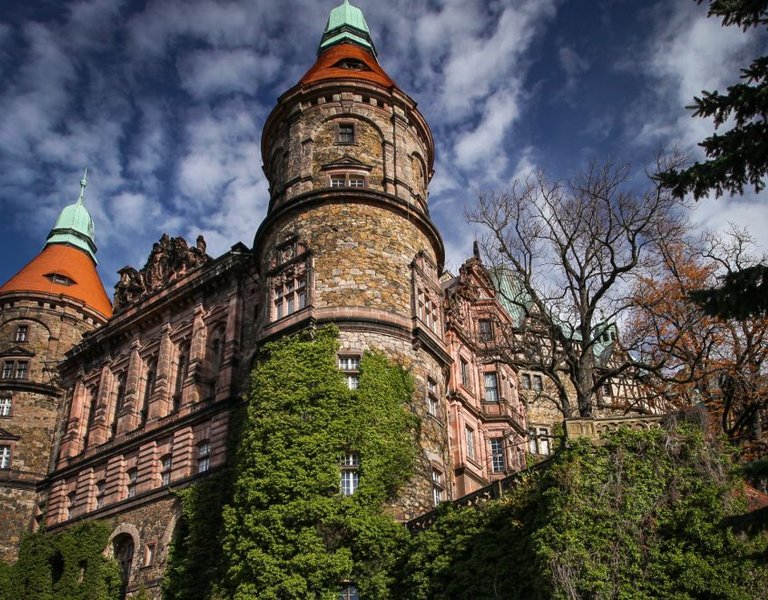 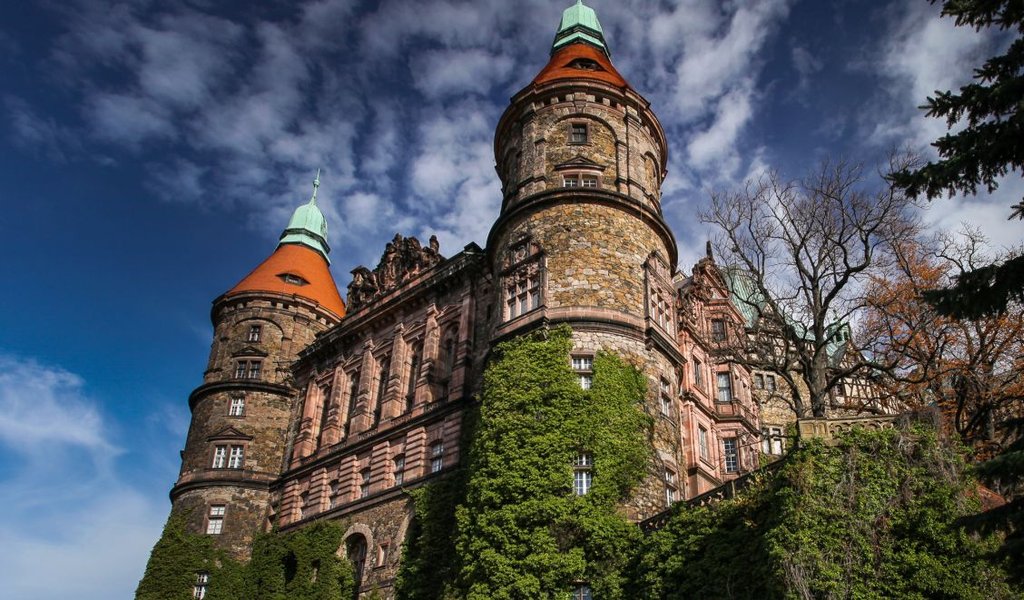 World's largest brick building made by human hands, a fortress with Hercules' Club or a beautiful Neo-Gothic fortified mansion with 99 towers are the main points of interest on the trail of Polish castles.

The castle is considered World's largest brick building made by human hands and one of the most impressive Gothic fortresses. It still amazes with its architectural style and magnitude: the total cubature of the castle is over a quarter million cubic metres. The fortress was built by the Teutonic Order from the beginning of the 13th century to the middle of the 15th century as the seat of Grand Masters and the capital of the Order's state. In the middle of the 15th century, the castle was assumed by the kings of Poland. Today it is inscribed on the UNESCO World Heritage List. The Castle Museum in Malbork, visited annually by over half a million tourists, offers 18 exhibitions including extensive collections of amber, military devices and Gothic sculpture.

The Silesian fortress at the foot of the Jizera Mountains was constructed in the 13th century on the order of the king of Bohemia. Later, it was taken over by Silesian Dukes and Dresden industrialists. During World War II, it housed the school of coders of the German Abwehr (military intelligence). More recently, the Czocha Castle has served a number of times as a film set. It houses a hotel and a restaurant. In summer, staged knight duels are organised there. The castle is located near the Polish-Czech border crossing point in Miłoszów.

This medieval fortress dates back to the 9th century. In the 14th century, Polish King Casimir the Great built a castle there, which became a part of the system of Eagles' Nests – fortifications protecting the former Kingdom of Poland at the border with Bohemia. The castle owes its current appearance to a Romantic-style renovation in the 19th century. The fortress nestles on a high rock over the Czarna Przemsza River. Above the building, there is an over-twenty-metres-high stone observation tower with a magnificent view, which has stood since the 13thcentury. The castle has become one of the greatest points of interest in Upper Silesia. It houses the Museum of Coalfield with an extensive collection of old weapon.

It is the best-preserved castle on the Trail of Eagles' Nests – a medieval system of fortifications built by the Polish King Casimir the Great in the 14thcentury. The fortress is located on an inaccessible limestone precipice in the Ojców National Park, near Krakow. The picturesque scenery is complemented by a nearby monadnock, called the Hercules' Club due to its characteristic shape. In the 16th century, the Gothic castle was transformed into a Renaissance residence. Today it houses an exhibition of European art, which is a regional branch of the Wawel Royal Castle National Art Collection. The Museum is closed until April 2016 due to renovation works.

Many tourists visiting Moszna in the Opolskie Voivodeship believe that the local castle is the most beautiful Polish fortified residence. Its Neo-Gothic architecture is truly amazing: in line with the concept of its creator, it includes 99 towers and 365 rooms. The castle was built in the 17th century, yet it was fundamentally reconstructed at the turn of the 20th century on the order of Franz Hubert von Tiele-Winckler, a Silesian industrial mogul. The castle is surrounded by a magnificent garden, which constitutes a part of a landscape park. The building is partially open to visitors and houses a hotel. Concerts and art exhibitions are organised there, too.

The picturesque landscape of the Pieniny Mountains serves as a background for one of the most beautiful Polish fortresses – the medieval Dunajec Castle, now called the castle in Niedzica. It was constructed in the 14th century on a limestone hill at the bank of the Dunajec River. Today an artificial Lake Czorsztyńskie is located here. The beauty of the building has been appreciated by filmmakers, who have filmed many Polish cinema and television hits in the castle. The fortress was first owned by Hungarian rulers, and only after World War I belonged to the Polish territory. The castle is one of the greatest historic points of interest in the Polish part of the Carpathian Mountains. It houses a museum of regional history and a well-furnished torture chamber in the dungeons. The fortress offers accommodation and dinners in a restaurant.

It is the third-largest castle in Poland, outrivaled only by the castle in Malbork and the Wawel Royal Castle. The fortress was built in the 13th century by the Silesian Piasts, a powerful dynasty of Polish medieval dukes. Later on it also belonged to Czech and Prussian noblemen. In the 18th century, it was fundamentally renovated and acquired a Baroque style. During World War II, the Książ Castle was transformed into one of Hitler's quarters, the evidence of which are underground tunnels and a shelter. The collections of Berlin's State Library were stored there at that time, too. Currently, the castle lies in the territory of the city of Wałbrzych; it is partially open to visitors and houses a hotel.