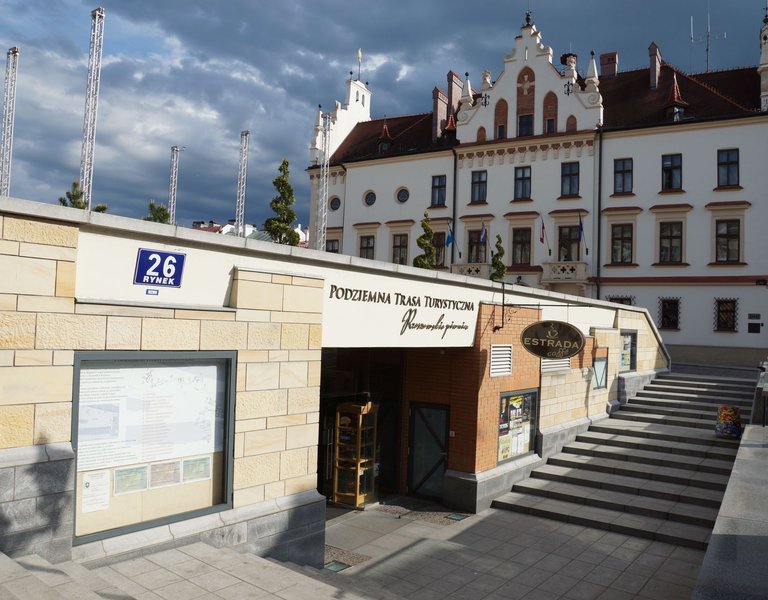 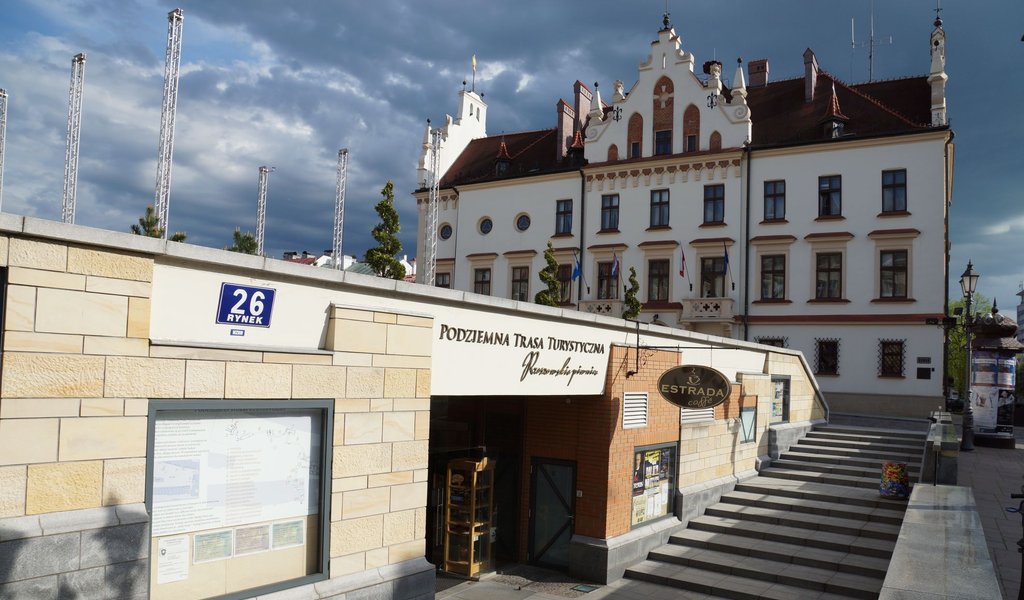 A stroll around Rzeszów

Rzeszów, the capital of the Subcarpathian Voivodeship, combines a small-town charm with its role as the economic and cultural centre of south-eastern Poland. 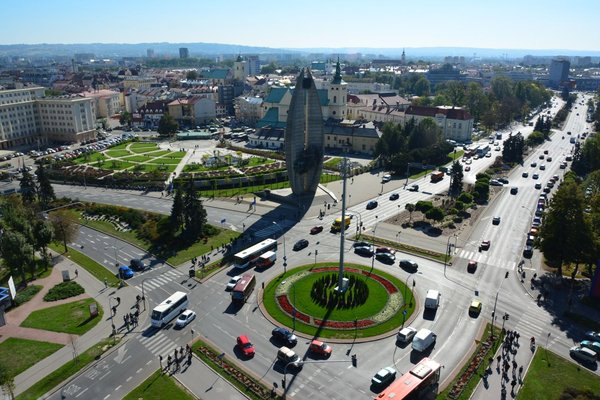 Life is good in Rzeszów, so claim the town’s inhabitants. “That is why the number of inhabitants is increasing, which is something not many towns in Poland can boast of,” says Alicja Wosik, the head of the Subcarpathian Regional Tourism Organisation. Rzeszów is the hub of the Aviation Valley – the largest industrial- technological cluster in Poland that concentrates more than 130 companies connected to the aviation industry. It also acts as the research and training base for aviation industry specialists. The Valley produces, amongst other things, S-70i Black Hawk helicopters as well as engines for F-16 airplanes.

Despite this, the Subcarpathian capital does not resemble a large metropolis. Its historical centre is reminiscent of a village in Galicia, something from a different era. The oldest monument is the 15th Century Parish Church of St. Stanislaus and Wojciech, with a Gothic chancel and three Renaissance headstones belonging to old Rzeszów families, the former owners of the town. In the afternoon, streaks of light filtered through the stained-glass windows on the opposite wall create bas-relief images of the dead with their colourful reflections.

In the 17th Century, Rzeszów fell in the powerful hands of the aristocratic Lubomirski family. Wanting to add more grandeur to their estate, the new caretakers recruited the best architects, including Tylman van Gameren (1632-1706), a Pole of Dutch origin and a creator of numerous palaces and churches, as well as members of Italy’s Bellotti family, famous architects who worked in Poland in the 17th and 18th centuries.

The heart of Rzeszów lies in its cobbled town square, surrounded by 19th Century houses, with a fountain in the centre and a neo-gothic town hall at the western frontage. “Although the square was burned down thirteen times, and was invaded and plundered, it has always resurrected in the same spot. Over the ages, it has got 3-4 meters deeper,” says tour guide Zygmunt Cebula. This is where one of Rzeszów’s most unique attractions can be found: an underground route connecting cellars between old townhouses, allowing visitors to see the city from a completely different perspective. 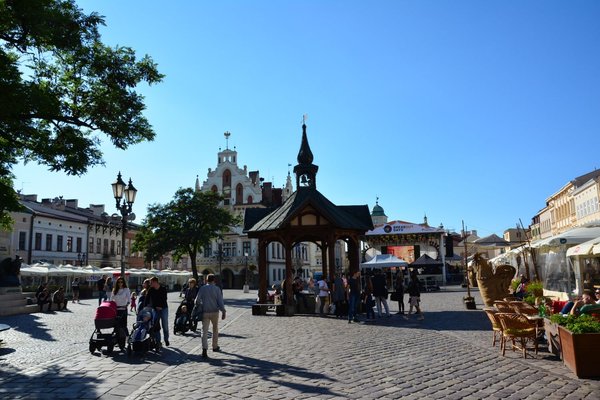 Back in the day, Rzeszów’s main square was above all a market place. Already in the 14th Century, vendors started hollowing out the cellars. Some were used to store goods, others were used as shops, studios and as a shelter during times of conflict and catastrophes. The soft loess surfaces were penetrable by even the most simple of tools, such as a shovel or hoe. Cellars that had already been completed were reinforced with wooden constructions, hewn stones or bricks. “In the 18th Century, Rzeszów had over 300 cellars on four different levels,” Zygmunt Cebula says. Many of the cellars were used to store ash to clean crockery, wood tar (a substance used to treat skin conditions), honey, wax, propolis, bee putty and a range of other products.

Over time, the vendors moved above ground and the foundation, pockmarked like a Swiss cheese, started to settle and lose its stability. In order to pre-empt the collapse of the construction, most of the cellars were filled with sand or had cement poured into them. Fortunately, 25 cellars were preserved and have been connected through corridors as part of the Underground Tourist Route, which spans 396 meters and has a maximum depth of 10 meters. 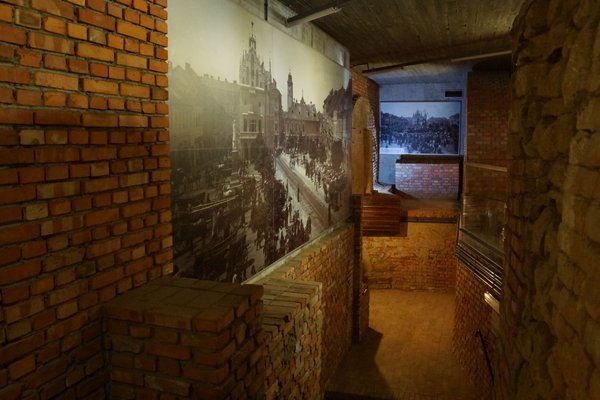 For safety reasons, walls and vaults were layered over with brick. Some places have kept their original gothic brick dating back to the 15th and 16th centuries. They contain grooves fashioned by brick makers, which make them more resilient. Loess-surfaced flooring has been placed along the lengths of the routes. Blackened walls in one of the cellars are most likely the work of the great fire that engulfed the square in 1842. Gothic doors topped with pointed arches, stone windows and a small fragment of cross-ribbed vaults is all that remains of a 15th or 16th Century building that used to stand on the square. It is astounding to think that today we are able to admire it several meters below its foundation.

The tourist trail contains many elements connected to Rzeszów’s rich history alongside crafts for which the town was famous: knight’s armour, weapons, clay pots, carpenter tools in addition to, as Zygmunt Cebula points out, ancient home appliance tools. These include an iron fueled by coal, mangles, quern-stones, butter-churns and spinning wheels. Among the items found during the restoration of the cellars is a century old piece of grey soap and a bottle of Hungarian Tokaj wine. There are also stocks and prangers, which once stood in Rzeszów’s main square.

A stone’s throw from the square is a unique institution, the Muzeum Dobranocek (Museum of Bedtime Cartoons). The “dobranocka”, or evening tale, is a Polish television phenomenon. In communist Poland the stories were broadcast every day before the evening news – on most days it was the only children’s programme shown on television. Apart from Polish productions, cartoons produced in allied countries were also very popular: “Rumcajs”, Wodnik Szuwarek” (The Demon Szuwarek), “Krecik” (The Mole) from Czechoslovakia or the Soviet Union’s “The Wolf and the Rabbit.” 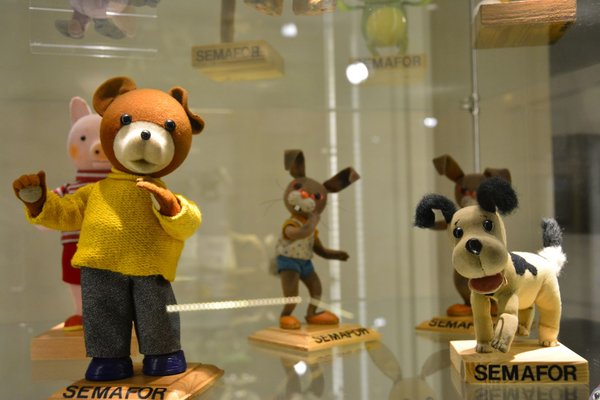 The first bedtime story, “Jacek and Agatka” was broadcast on TVP in 1962 and the original puppets from the show make up one of the museum’s most prized treasures. Other exhibits at the museum include dolls, sketches and original scenery used in some of the tales on which several generations of Poles grew up watching, such as: “Reksio” (Little Rex), “Mis Uszatek” (Teddy Floppy-ear), "Dziwne Przygody Koziołka Matołka” (The Strange Tales of Matolek the Billy-Goat) as well as “Porwanie Baltazara Gąbki” (The Kidnapping of Baltazar Sponge) and “Bolek and Lolek.” The last show is one of the most popular Polish children stories, broadcast in over 80 countries.

“‘Dobranocki’ from the 1960s and 1970s were often simple, minimalistic animations based on extremely imaginative plots, many of them with literary prototypes. They were stories that were told incredibly well,” says Jakub Czaja, who works at the museum. “We have grown-up visitors who sometimes spend hours sitting in the screening room. The dobranocka was a fascinating part of Polish animation history, which has two Oscars to its name: one for Zbigniew Rybczyński’s “Tango”, the other for “Peter and the Wolf” by Suzie Templeton (a Polish-British co-production). 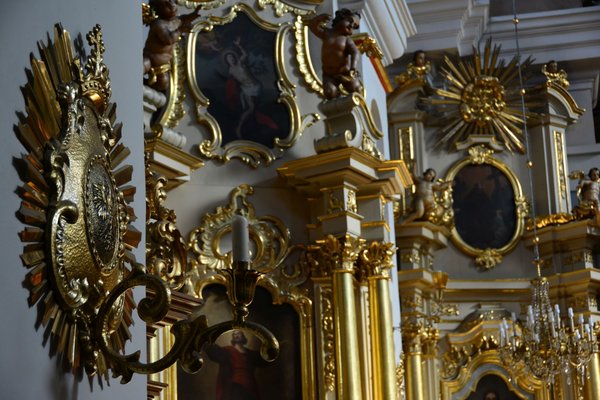 Also worth seeing in Rzeszów

The Bernadine monastery and the Church of the Assumption of Holy Mary, built in the 17th Century with a gothic figure of the Virgin Mary with baby Jesus, the patron of Rzeszów.