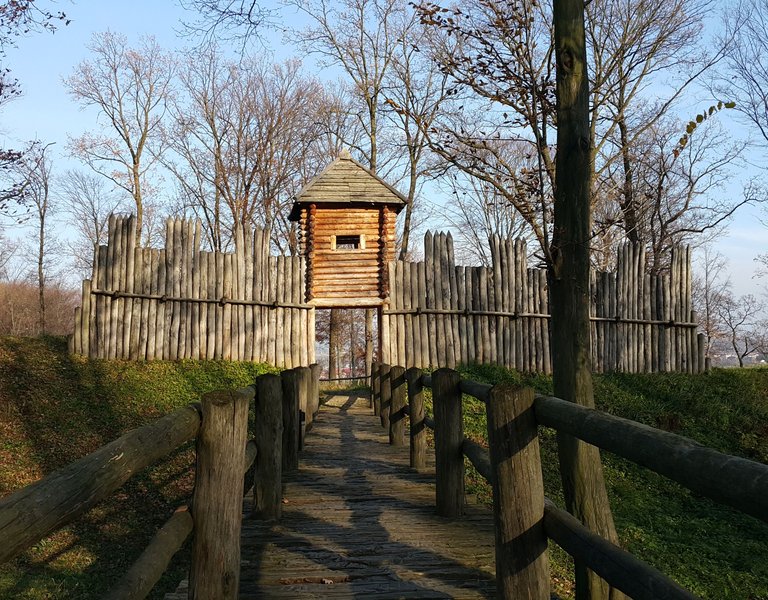 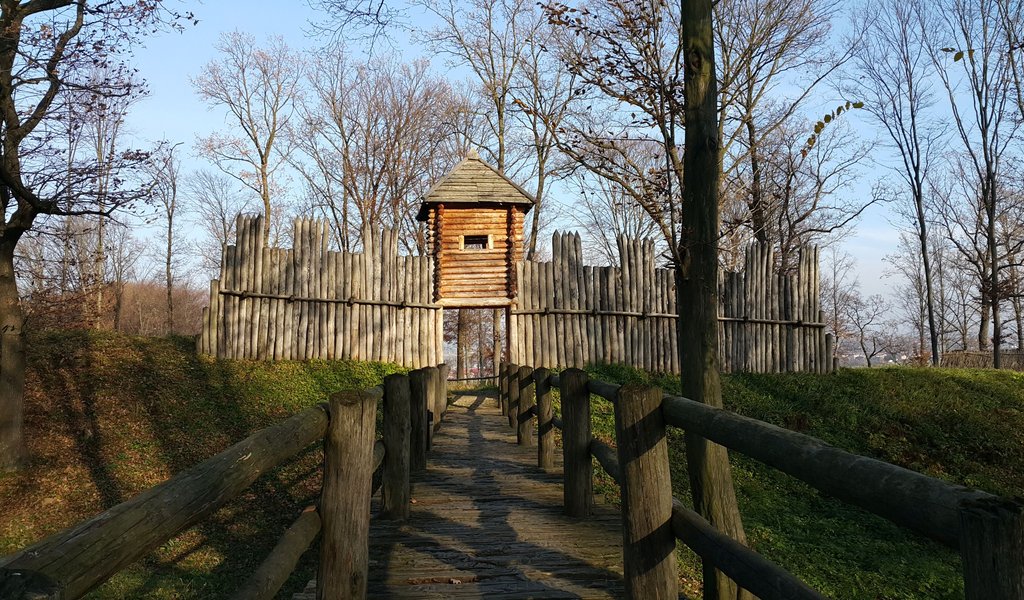 We have a Troy in the Carpathians, a Roman trading post, and even a Viking village. Learn about Poland’s archaeological attractions! 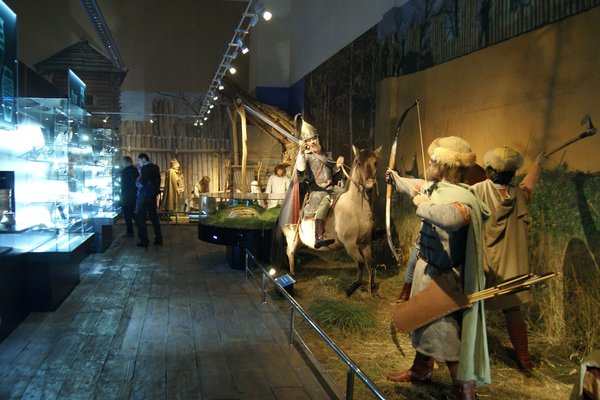 Carpathian Troy in Trzcinica near Krosno

One of Europe’s biggest open-air museums, Carpathian Troy, is located near the town of Jaslo. On the eight-hectare site visitors can see fragments of fortifications from the Bronze Age, a Slavic village, and a hamlet that used to be inhabited by people of the Ottomány culture who settled here in 1650 BC. They maintained trade links with ancient Troy and Mycenae, supplying amber to the Mediterranean. The settlement was named Carpathian Troy partly because of these Mediterranean links. But there are more similarities to the eponymous ancient city. The fortified town built in Trzcinica in the 8th century AD was as big as Troy and suffered a similar fate by being burnt down as a result of a popular revolt around 1030.

If you want to get an idea of what Slavic and Viking villages looked like, visit the island of Wolinska Kepa in the south-western tip of Poland. From the 9th until the 11th century a mighty town probably stood here, an emporium called Vineta, one of Europe’s largest with a population of 10,000. According to a medieval legend, it sank to the bottom of the Baltic, just like the mythical Atlantis, as a punishment for its inhabitants’ pride. 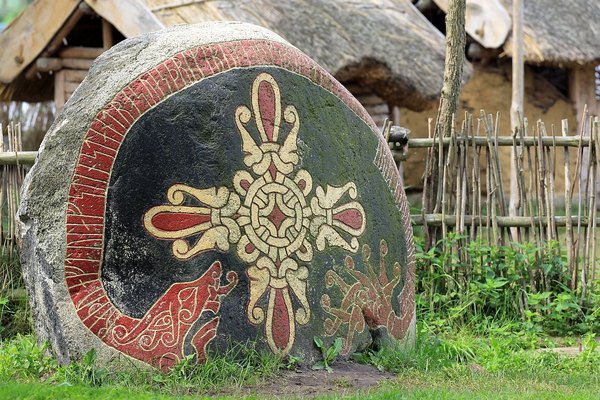 The museum consists of a dozen or so houses belonging to an amber craftsman, a minter, a potter and fisherman. The whole complex is surrounded by bulwarks with a tower and a gate. Two runes are the local attraction: one dedicated to Świętosława, Mieszko I’s daughter, and the other to Olaf Tryggvason, a Norwegian king.

A Festival of Slavs and Vikings takes place here each year in August with a big open-air show featuring battle re-enactments and displays of early medieval handicrafts.

The historical town of Kalisz, in central Poland, existed from the 9th until the 13th centuries. It was probably the birthplace of the Polish Piast dynasty. Its fabled progenitor, Piast the Wheelwright (Piast Kołodziej), lived here; a poor ploughman, the husband of Rzepicha. In the 12th century the town became the capital of the early Piast dynasty state ruled by Prince Mieszko the Old (Mieszko Stary), son of Prince Bolesław the Wry-Mouthed (Bolesław Krzywousty).

From May to September, reconstructed fragments of the town are open for visiting, among them a wooden watchtower, a Komes’ cottage (the town’s administrative dignitary), and the basement of a 12th-century Romanesque stone church. 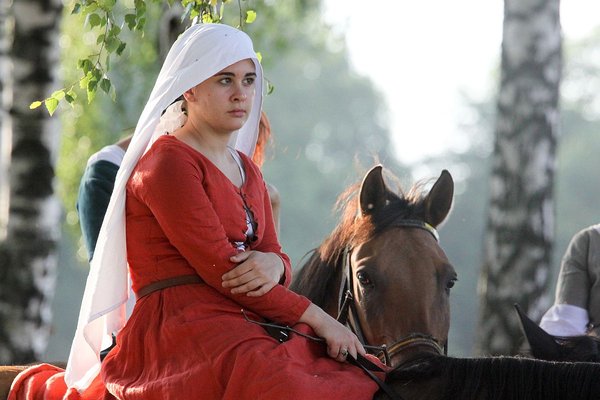 Poland’s most famous reconstructed fortified settlement near Gniezno was built by the people of the Lusatian culture in the 8th century BC. Polish experts reconstructed the 3,000-year-old structure without using modern tools, accurately reproducing the ancient buildings. Centuries ago, 100 houses stood here in 13 rows. All of them had identical interiors: each had a vestibule, a chamber, and a stone hearth and was inhabited by ten or so people.

Visitors to the Biskupin open-air museum can try their hand at pottery-making, just like thousands of years ago, taste Slavic dumplings; garum, or a salty sauce made from fermented fish; and scone bread made from flour and water with honey and salt. They can also try their hand at ploughing a field, like it used to be done centuries ago, with a coulter pulled by oxen. The museum is worth visiting in late September when archaeological festivities are taking place here.

The partially reconstructed seaside 8th-10th century stronghold is just a few minutes’ walk from Sopot Pier on the Baltic coast. It has wooden fortifications and medieval huts. Archaeological surveys have revealed that local inhabitants sold their handmade pottery, textiles and amber jewellery to Scandinavia and Byzantium. The museum is open from 1 May through October.

Two thousand years ago, from the 1st century until the 5th century AD, a trading post stood in the Radunia river delta on the Baltic coast. Located on the amber trade route, it drew Roman merchants who came looking for amber, honey, skins, and slaves. The settlement was inhabited by people whose customs and beliefs were close to that of the later Vikings. 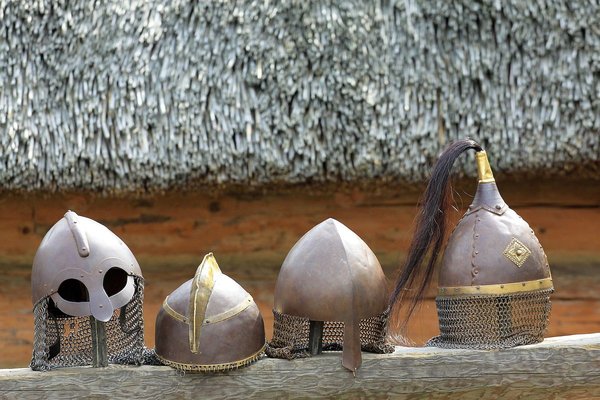 The museum features nine recreated wooden buildings, among them the chief’s hut, the amber craftsman’s hut, the blacksmith’s hut and market stalls. Archaeologists also reconstructed a fragment of the amber trade route, which in the past linked the amber-rich Baltic coast with the Roman Empire.

An archaeological reserve in Giecz, a town in central Greater Poland on the Maskawa River, displays stone foundations of a prince’s palace and the walls of a Romanesque church. Visitors can travel in time in a reconstructed early medieval settlement founded on the eastern bank of a former lake. The Piast town proper has not been reconstructed. It stood here between the 9th and 13th centuries, and was one of the most important towns during the times of Prince Mieszko I and his son Bolesław the Brave (Bolesław Chrobry) (967-1025), Poland’s first crowned king. According to Gallus Anonymous, a chronicler, Giecz was among the four chief towns, along with Gniezno, Poznan and Wloclawek. The reserve is open to visitors from early April.