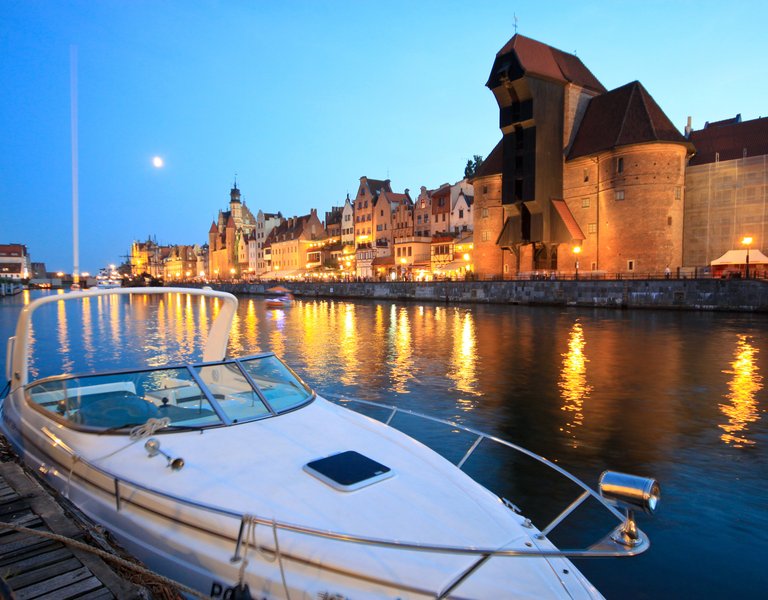 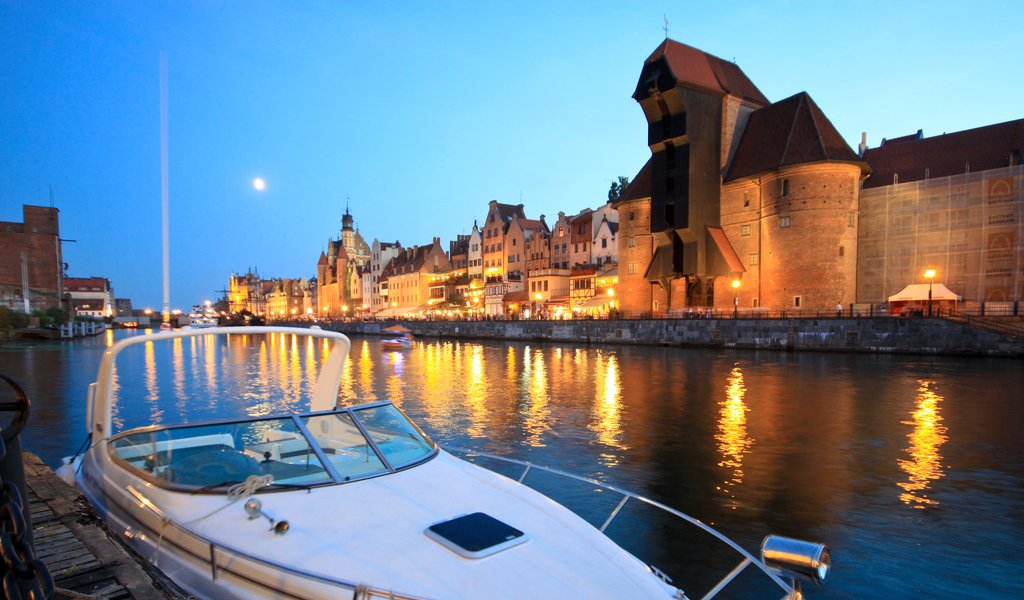 Tricity getting even more beautiful

A modern marina suitable for hosting international sailing competitions in Gdynia, and a revitalized Granary Island in the heart of Gdansk’s Old Town are likely to attract even more tourists to the Tricity, an urban area on the Polish coast consisting of Gdansk, Gdynia and Sopot.

“It will become another St. Tropez,” local journalists cheered when they saw a visualization of Gdynia’s new  marina. It will serve not only as a professional base for sailors and water sports fans, but also as a hub of social and tourist life. Concrete buildings from the 1970s will be replaced with modern and light constructions, reflecting the blue of the Baltic Sea in their glass elements. According to an agreement City Mayor Wojciech Szczurek signed with the Polish Yachting Association and other clubs seated in the marina (Stal Gdynia Yacht Club, Morski Gryf Yacht Club, Polish Yacht Club Gdynia, Polish Scouting Association, and the companies Nowa Marina Gdynia SA and Nowa Marina Gdynia SA – limited partnership), the site will accommodate clubs, a hotel, restaurants and shops.

The winning architectural concept was conceived in Jacek Druszcz’s Studio Kwadrat from Gdansk, whose design comprises modern and light structures that fit well into the surroundings, which are already home to the state-of-the-art Sea Towers building. “The planned investment lies within the listed area of historic downtown Gdynia, which is covered by conservatorial protection. Key design decisions have been taken according to the relevant guidelines,” the architect explains in the project’s description sent to Polska.pl. The construction of the complex covering 19,000 sq m will start still this year. The investment, worth PLN 100 million, will welcome the first sailors already in 2017. 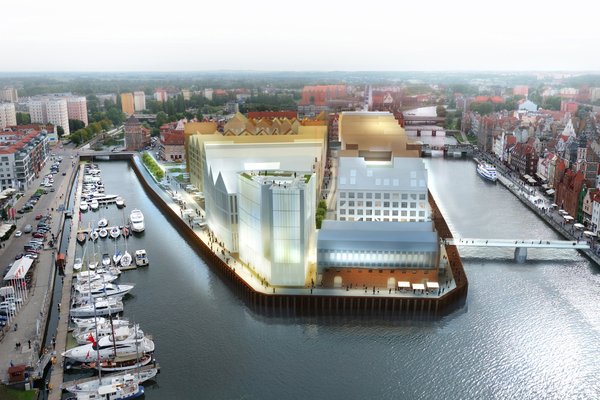 “For a long time, Gdynia has badly needed modern infrastructure for incoming sailors, also those taking part in international sailing races. We have a great basin and some wonderful sportspeople. However, our bids to host world sailing championships have so far been rejected due to the lack of proper club facilities. Soon, we’ll have them in place of the existing infrastructure,” Joanna Grajter, a Gdynia spokesperson, tells Polska.pl.

Gdynia is not the only city along the Polish coast to become more beautiful. The local authorities of Gdansk are going to breathe new life into Granary Island, which is located in the heart of the Old Town and has been deserted for 25 years. The first granaries in one of Poland’s most attractive locations were constructed as early as in 1330. The island itself was created in 1576 after a canal was dug on the Nowa Motlawa River. Today picturesque ruins are the only reminder of the 340 granaries which centuries ago formed the industrial district of Gdansk. The city wants to preserve them in a new land development project which envisages a new housing estate with a hotel and public utility buildings.

“Ever since the war, the northern tip of Granary Island, which can be seen from the Old Town, has been a scary ruin. It took the city as long as 25 years to set about renovating it. There were many reasons for this delay, and one of them was that the city had to buy the area from the State Treasury and the Polish Studios for Conservation of Cultural Property. Also, the first contractor proved a false start. So today we work in stages under a public-private partnership,” Michał Piotrowski from the Gdansk City Hall tells Polska.pl. He adds that in cooperation with the Gdynia Maritime Institute, it has been possible to regulate the wharf around the island. 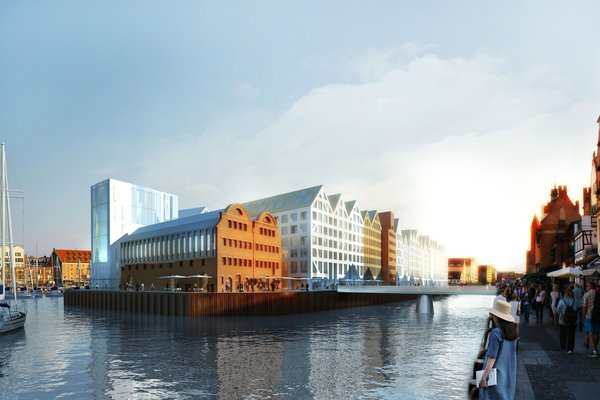 The architectural contest to carry out the project, which will be worth PLN 400 million and take 8 years to complete, was won by the Immobel consortium. The company signed a contract with the city and commenced works on 31 March 2015. “The first stage focusses on the northern tip of Granary Island, where the housing estate together with service facilities and a modern hotel are going to be constructed. Municipal authorities hope that the modern architecture of the hotel will contrast with what is left of the old granaries. The hotel’s distinctive feature will be an observation deck open to the public. Moreover, an overpass will be built to connect the island’s northern tip with Long Waterfront promenade,” Rafał Stoparczyk, a project manager with Immobel Poland, tells Polska.pl.

The first results of Immobel’s work will already be visible in 2019, when the hotel, the commercial section, the public square, and the housing estate are due to open. 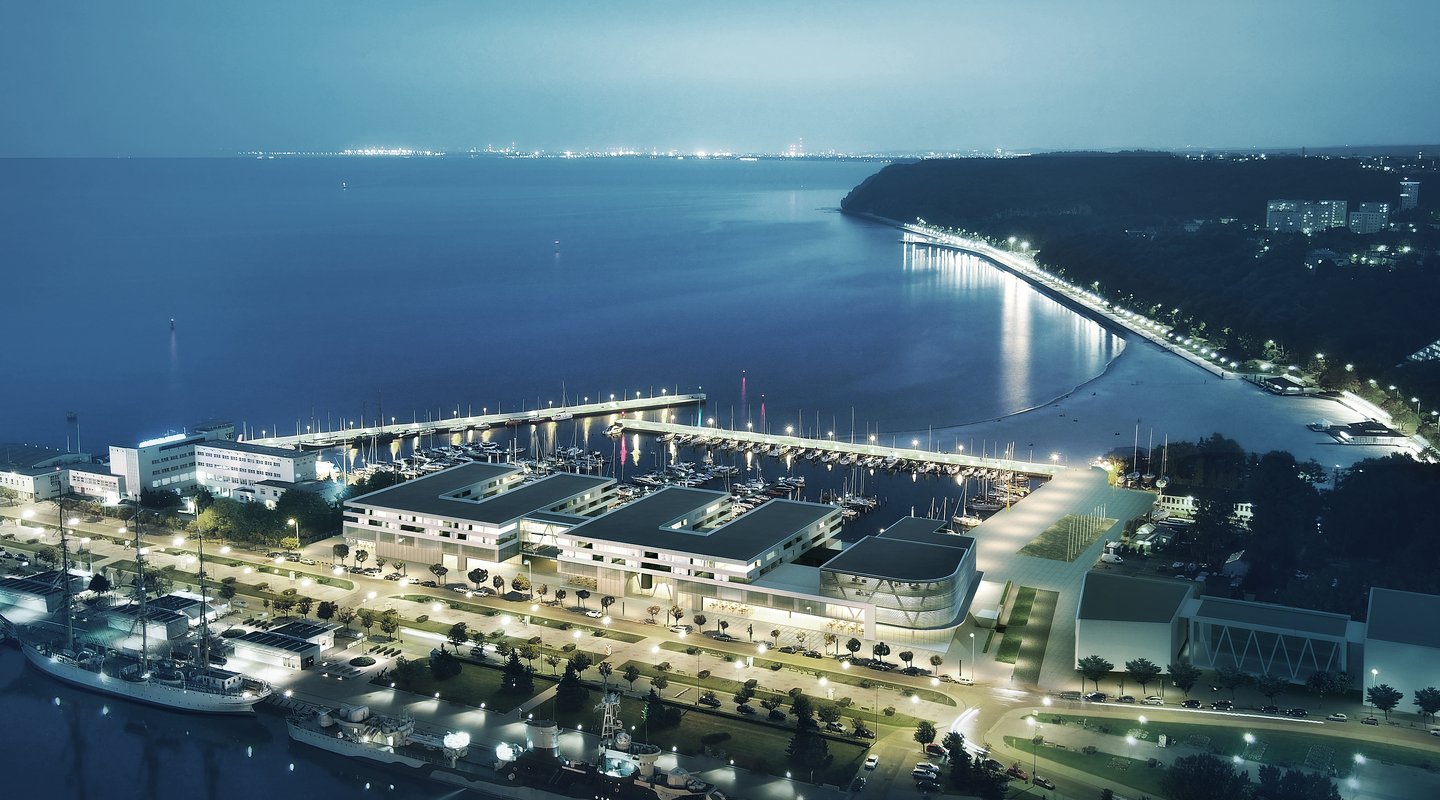 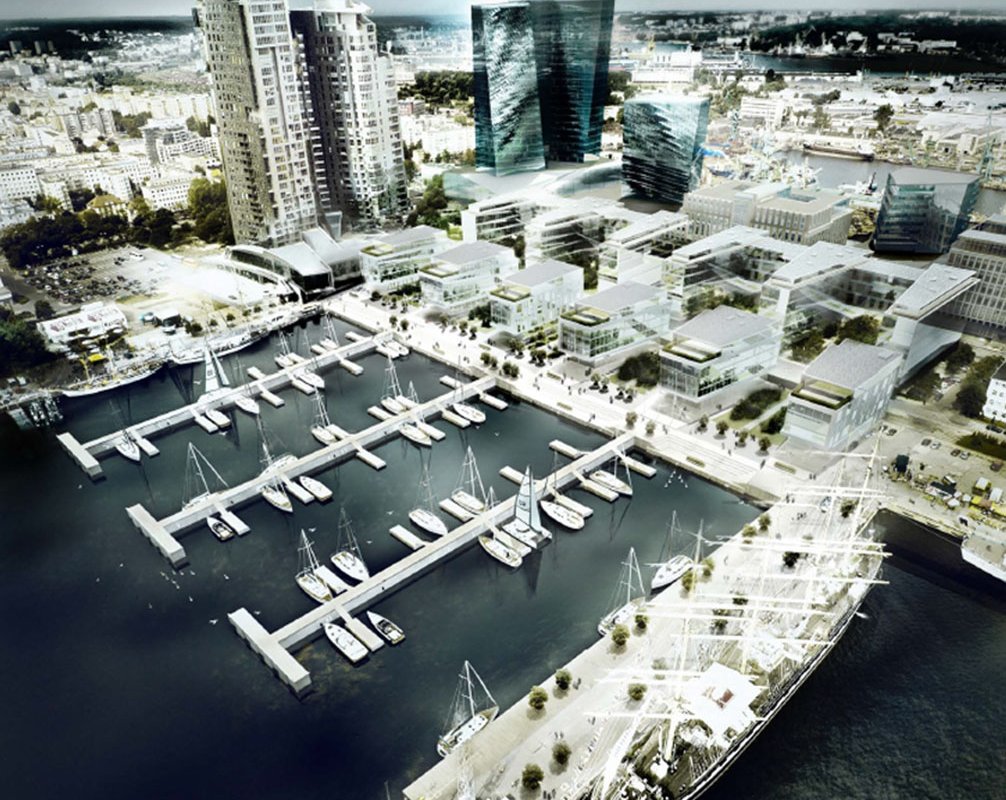 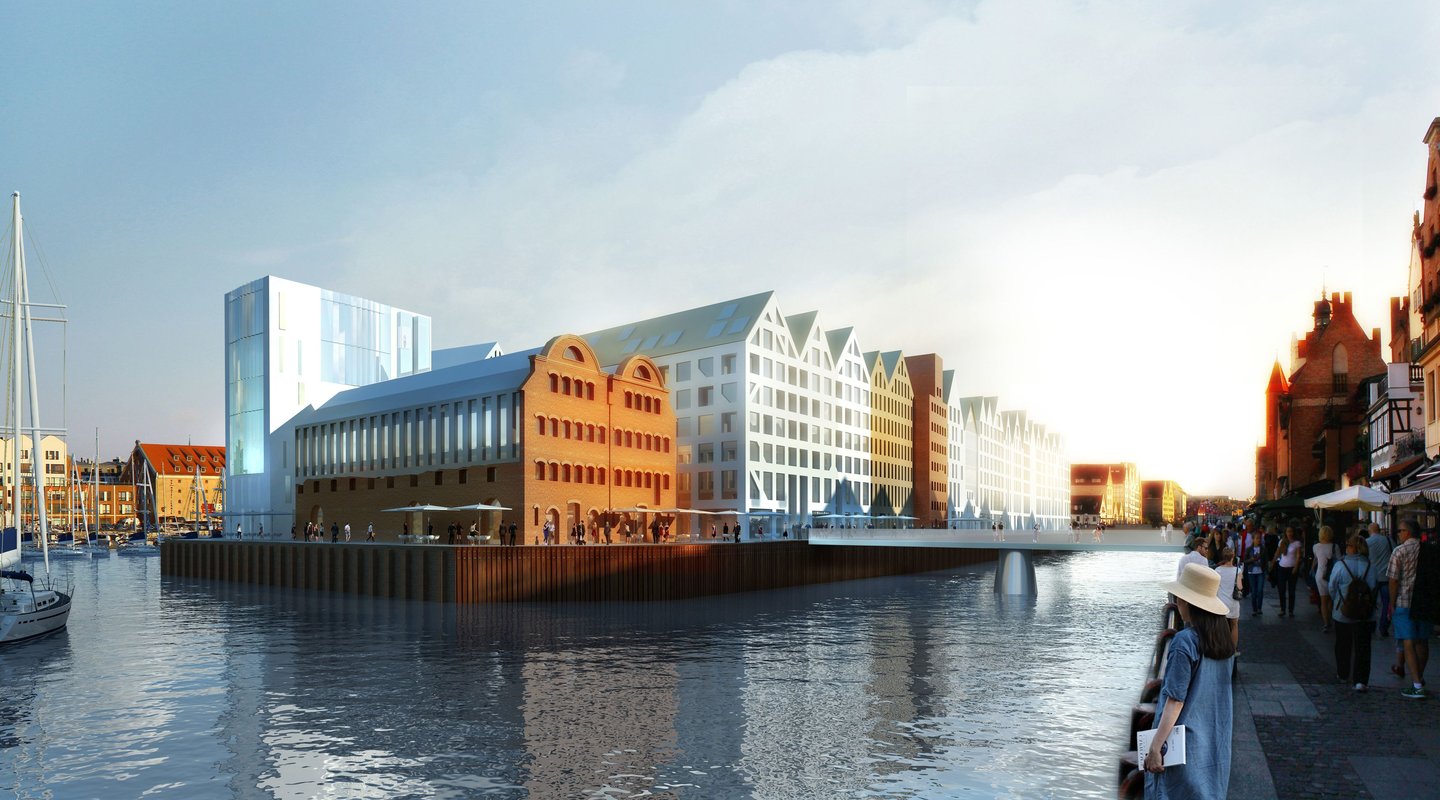 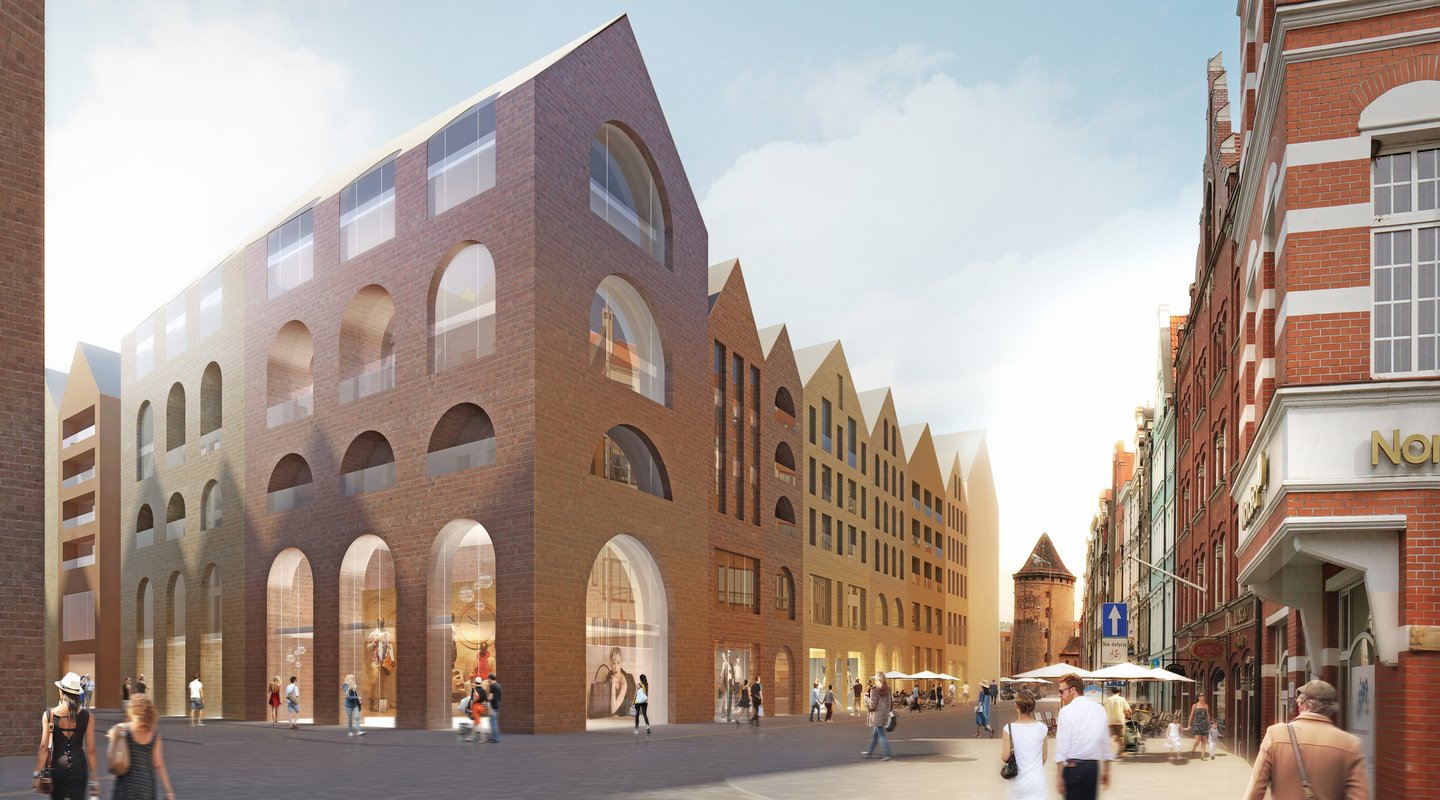 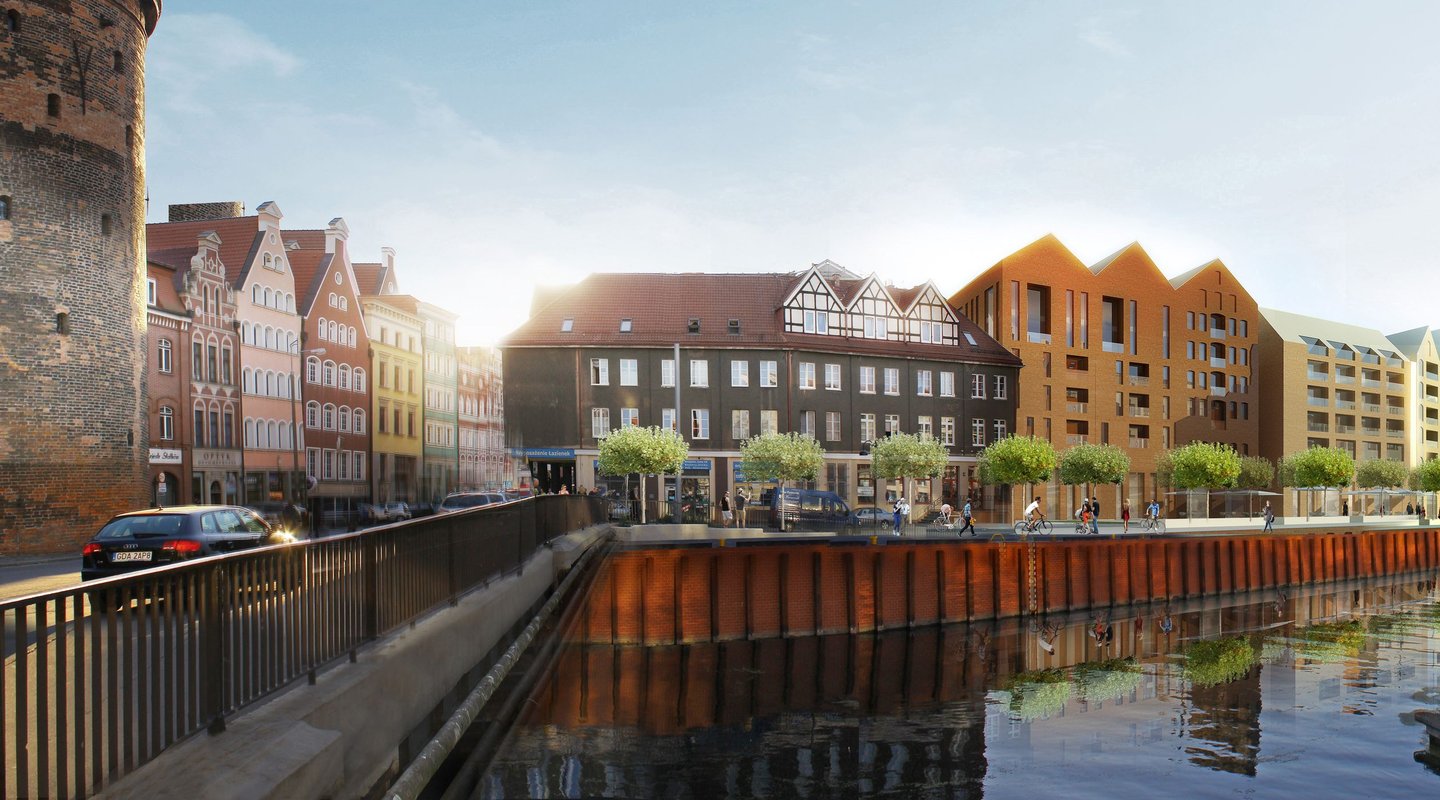 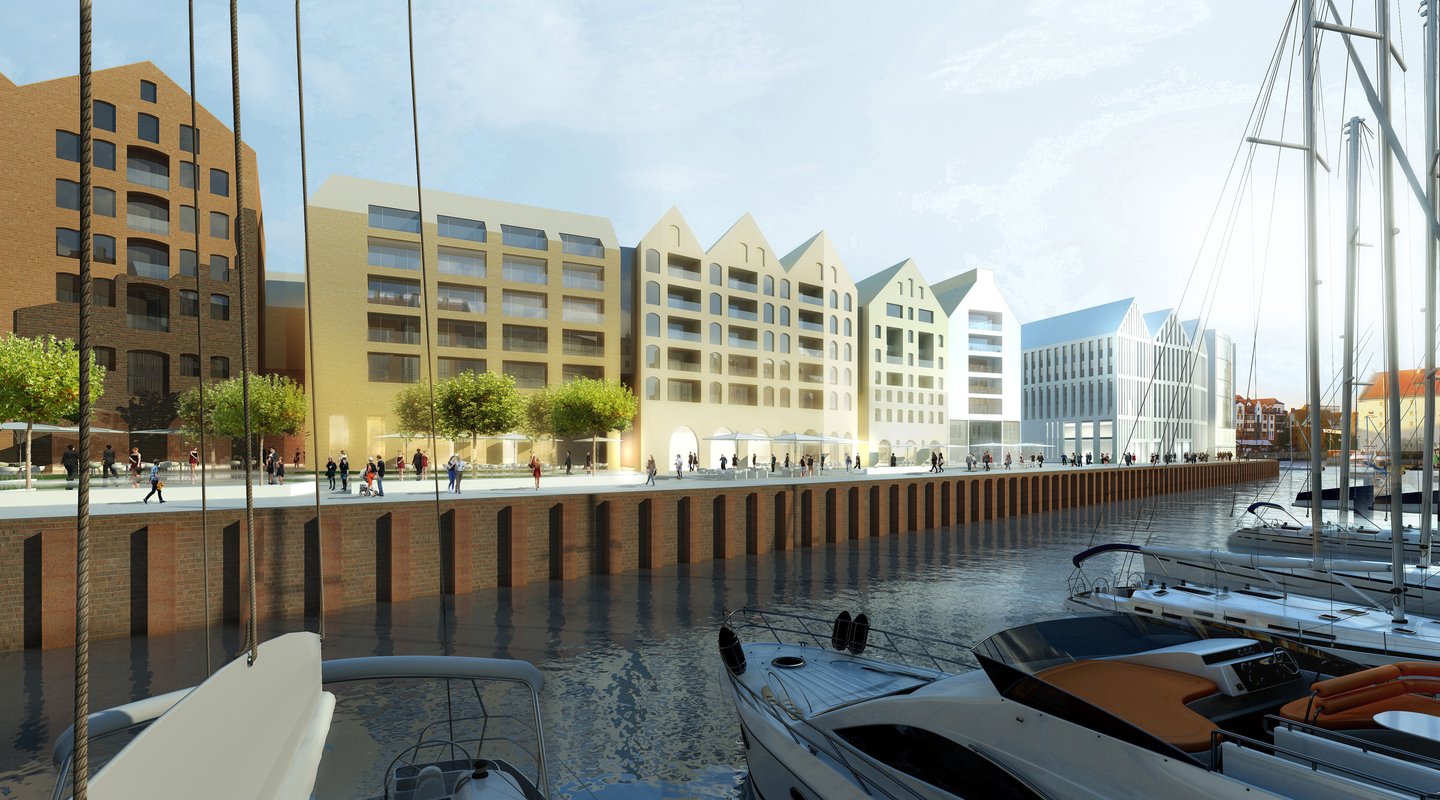 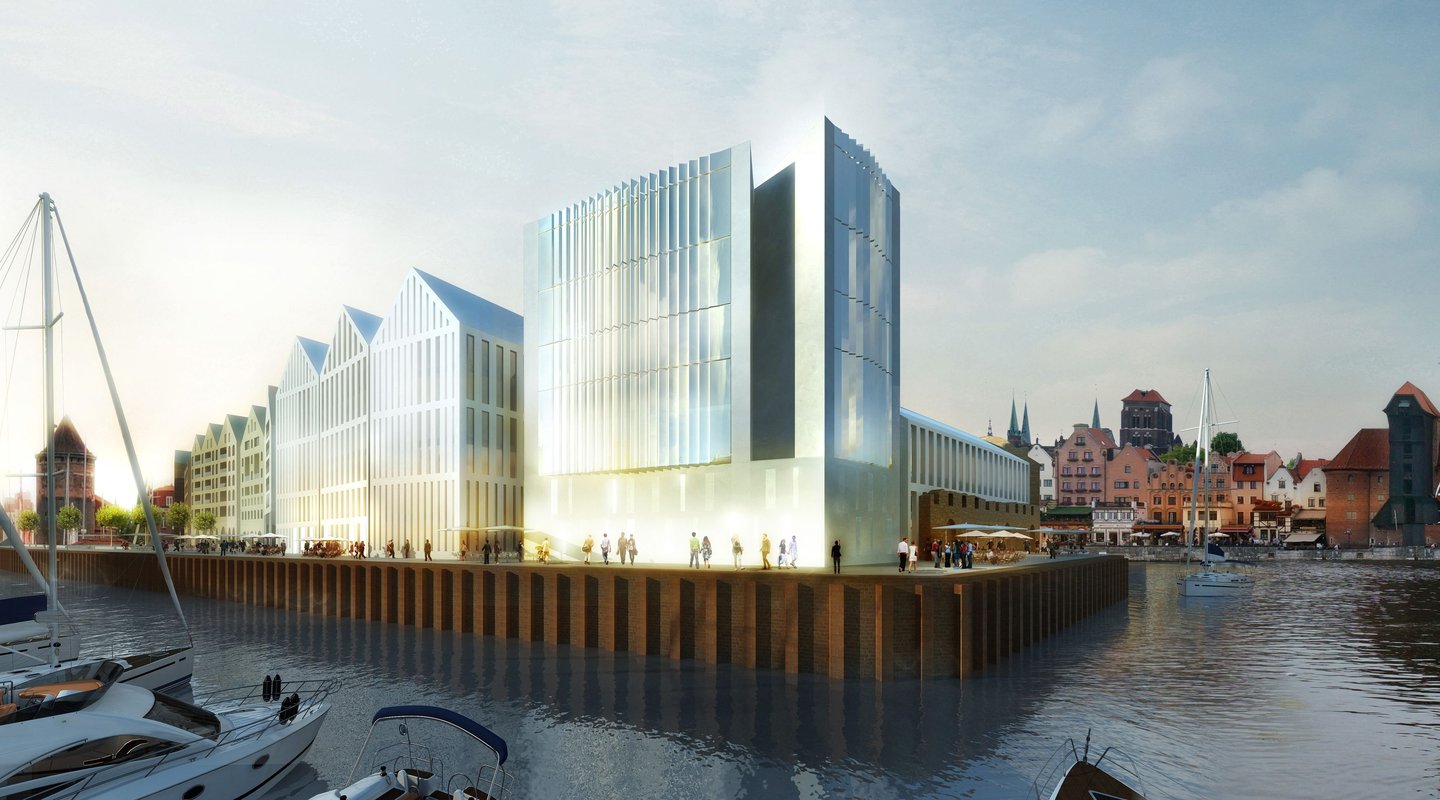 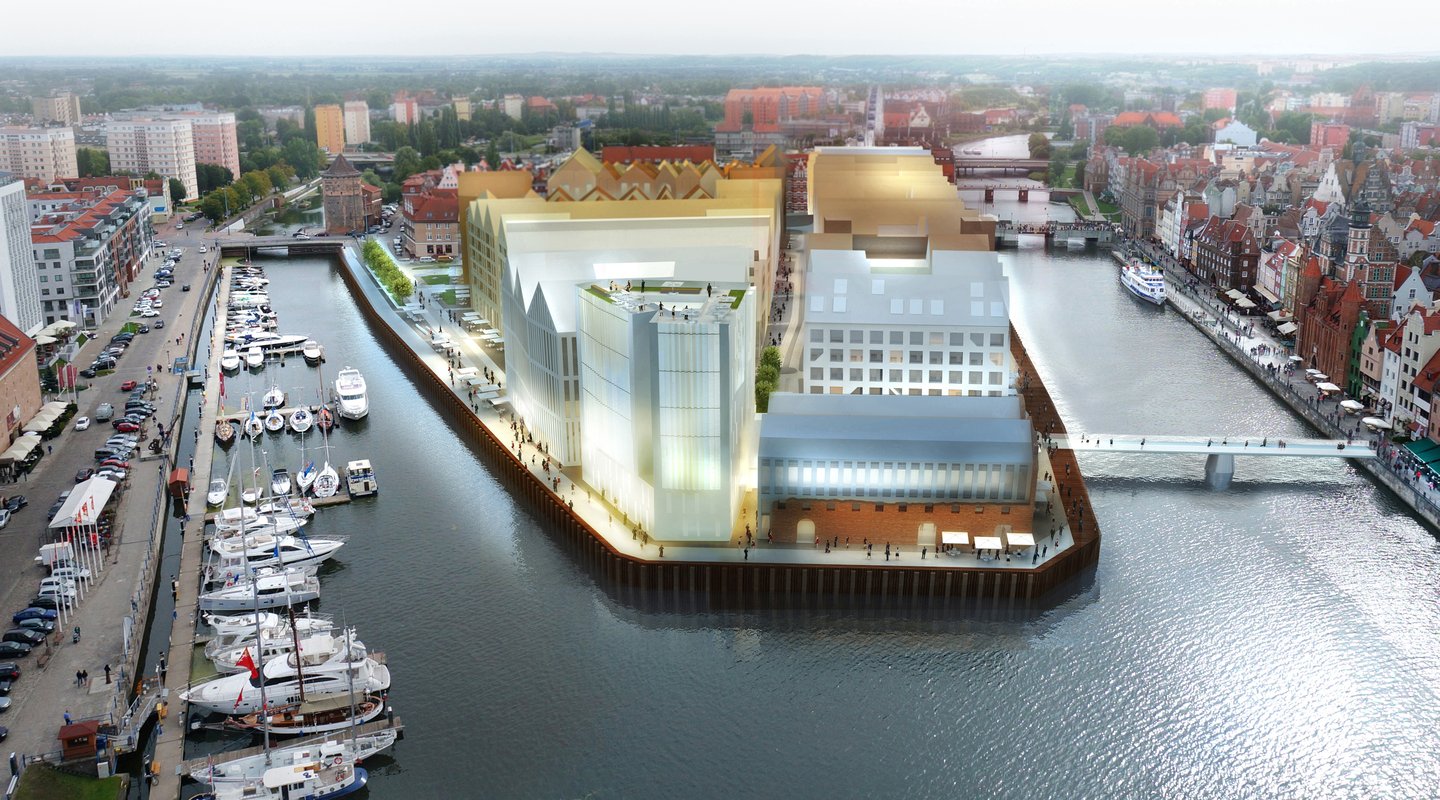 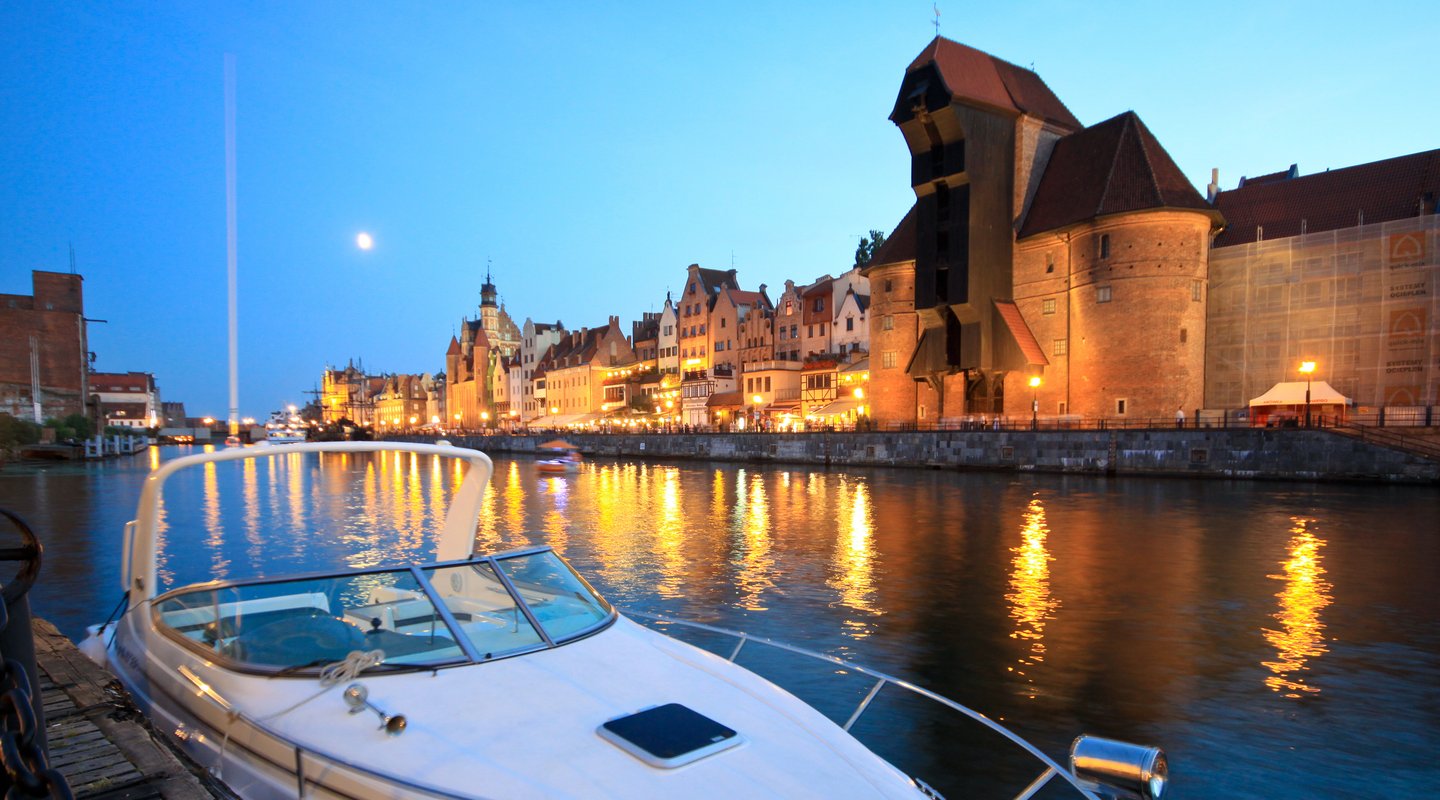