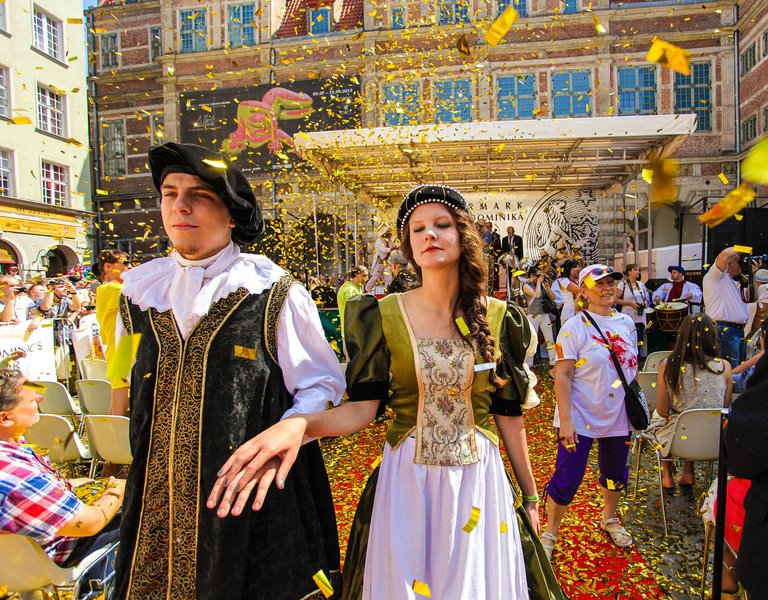 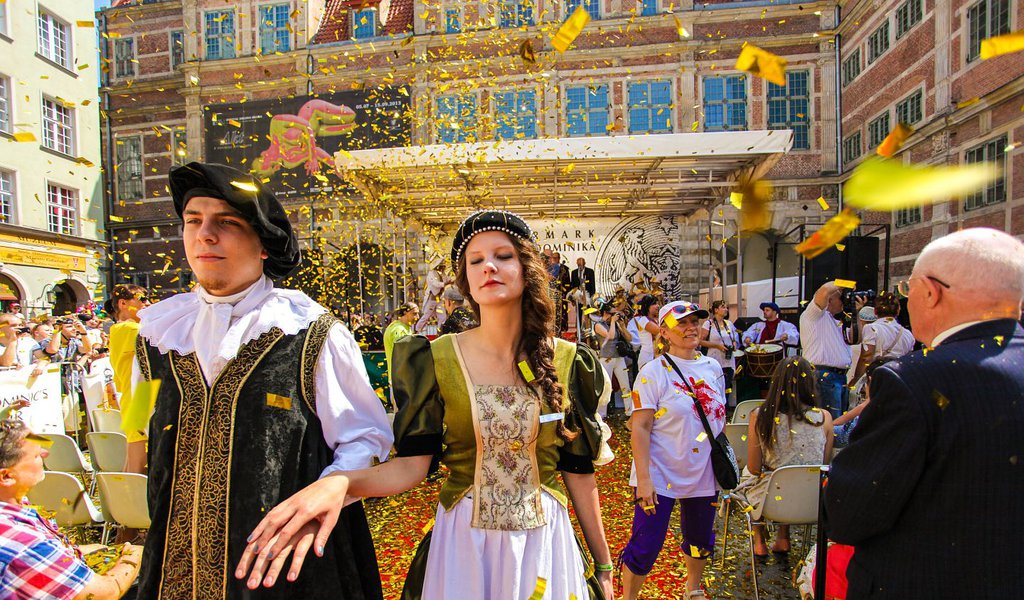 Apparently there is no better place to enjoy a grilled sausage with cold beer or rustic style bread with dripping and pickled cucumber than the St. Dominic’s Fair in Gdańsk, one of the biggest cultural and trade events in Europe.

St. Dominic’s Fair in Gdańsk takes place at the turn of July and August. It is related to St. Dominic’s day (6th August) and St. Jack’s day (17 August). The fair originates from the Middle Ages in 1260, when it was established on the basis of the papal bull of Alexander IV and at the request of the Dominican Order. After World War 2 it vanished from the town for 33 years to come back in 1972. It was then inaugurated in Gdańsk as the biggest fair in Poland and lasted two weeks. As of 2004  connoisseurs of the old Polish traditions can feast a week longer.

Initially it was intended to encourage the faithful to participate in the indulgence mass, celebrated on St. Dominic’s day. In exchange the faithful were granted 100 days of release from purgatory. With time this folk feast of a religious nature evolved considerably, and became a cultural fair. Apart from merchants came also circus artists, jugglers and other artists. Similarly the variety of products offered for sale kept expanding. The visitors could buy here among others traditional gingerbread of Toruń, the famous Czech glass products, cloth from the East or amber.

Nowadays St. Dominic’s Fair, beside the German Oktoberfest, is considered to be one of the major cultural and trade events in Europe which is organised regularly outdoors. According to estimations of the organisers, on average 5 million tourists attend the fair and pass through the main streets of Gdańsk. Similarly as in the Middle Ages, also now the trade is combined here with excellent recreation, For three weeks the Gdańsk Market Square and its surroundings become the focal point of events and all kinds of attractions: brass orchestra festivals, street theatres, dancing performances, fireworks. The tourists have at their disposal a thousand stands with Polish artistic and regional products, among others Kashubian embroidery. Particularly popular is the so-called flea market where the visitors can even buy pictures of well-known Polish painters, such as Kossak or Witkacy. Handicrafts and souvenirs are also sold by guests from other countries, among others Lithuania, Latvia, Germany or Sweden.

St. Dominic’s Fair is also held in other towns, e.g. in June in Sandomierz or in August in Cracow.