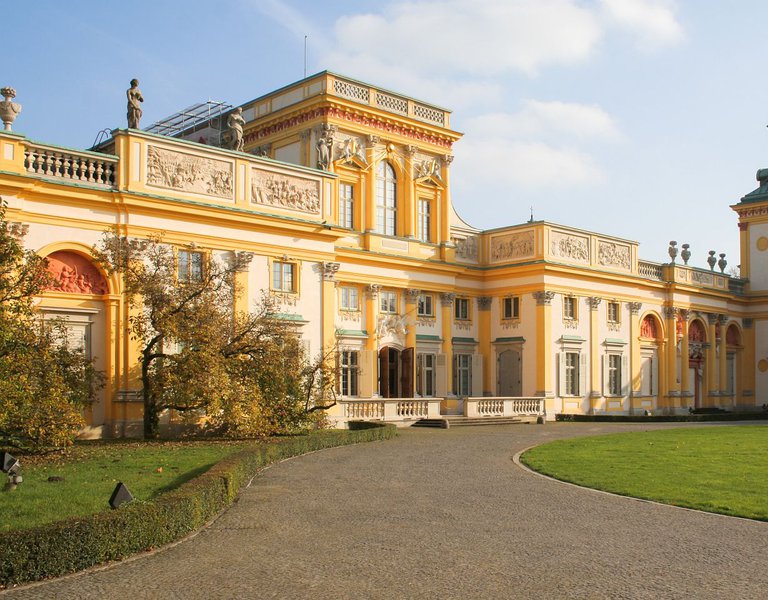 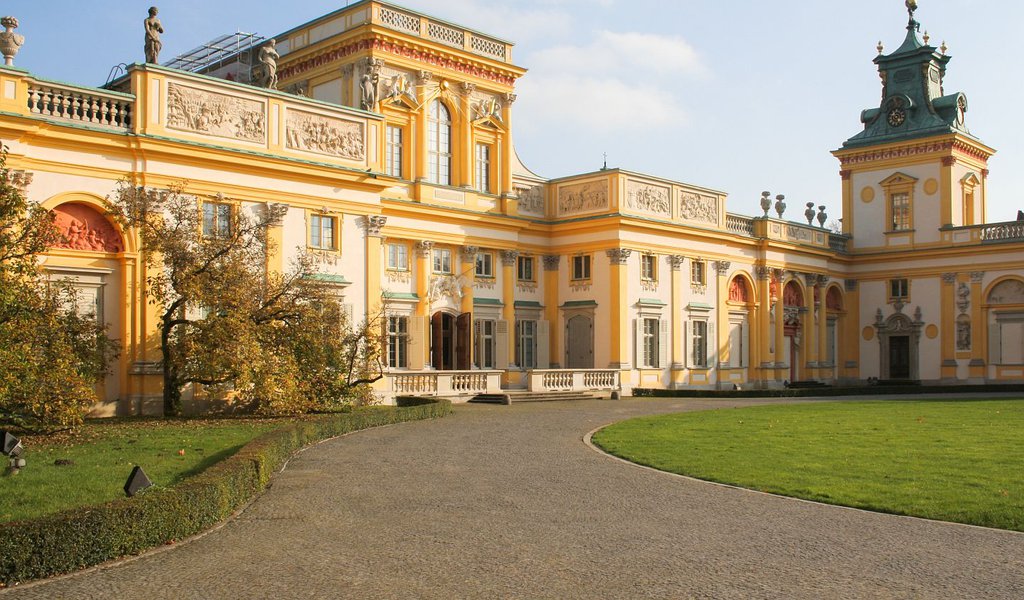 The Wilanów Palace, nowadays within the borders of Warsaw, is called the “Polish Versailles”. The residence of King John III Sobieski is one of the most important monuments of Polish culture.

This richly decorated building constructed with a flourish, along with the surrounding park, survived almost unchanged from the seventeenth century to the present day, despite two world wars which swept through Poland. From the architectural point of view, the Baroque palace is a combination of sub-Parisian Versailles, an Italian garden villa and a typical Polish estate manor. John III Sobieski decided to give it a sweeping form after the victory which he won in the Battle of Vienna in 1683. The palace became the magnificent residence of the ruler, who stopped the Turkish conquest of Europe. Rich interior of the building is a tribute to the military successes of the king and his family and to the monarch's beloved wife, Marie Casimire, called Marysieńka.

After the death of King Sobieski, the palace was inhabited by other well-known aristocratic families: the Sieniawskis, the Czartoryskis, the Potockis and the Branickis, and numerous upgrades were supervised by the best architects. The last owner, Stanisław Kostka Potocki, opened here the first public museum in Poland in 1805. Now, these collections are the most valuable part of the Museum of King John III's Palace in Wilanów. It includes, among others, busts of ancient emperors, battle scenes, trophies and statues of ancient gods. Royal portraits, frescos and paintings of all schools of European painting are delightful. 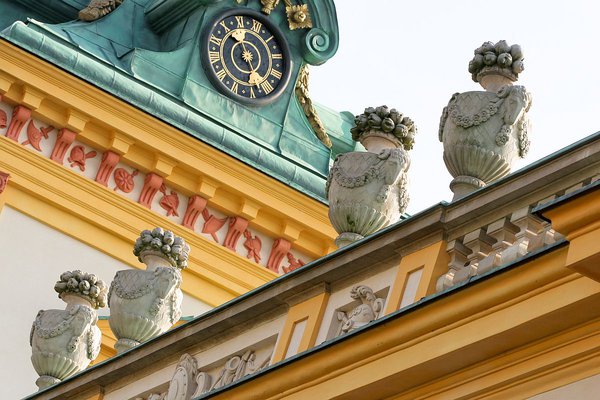 The park spreading out around the palace represents different styles: there is a bi-level Baroque Italian garden and a romantic English-Chinese park. A gondola moored at the Wilanów's pond awaits tourists tired of sightseeing.

Today, the buildings of the former coach house and manège are used by the Poster Museum, with one of the largest collections of art posters in the world.

At the beginning of the 21st century, the palace and the surrounding garden underwent a complete renovation, which was financed by the European Union and the Ministry of Culture and National Heritage. Elevations regained their original colour, and 180 thousand new plants were planted in the park.

Every year, the Museum in Wilanów is visited by over 300 thousand people, and the surrounding gardens by more than one million visitors. You can rent an audio guide to the area of the museum (available in Polish, English, German, French, Spanish, Italian and Russian), which allows you to explore it at your own pace. Smartphone users can also visit the palace and the garden with the help of such applications as: Wilanow iiiGuide, Wilanów Live and Przewodnik: Park Wilanowski. These applications are available on phones with Android system and iOS. They can be downloaded for free in Google Play Store and AppStore.

As a part of the Wilanów Live application, you can scan QR codes, indicated in nearly 50 objects throughout the summer residence of King John III Sobieski. They allow you to access mobile pages describing the specific attractions. In addition, the smartphone owners can take advantage of a layer of augmented reality of the Layar programme, available under the name “Pałac w Wilanowie.” It allows you to get even more from visiting the museum.