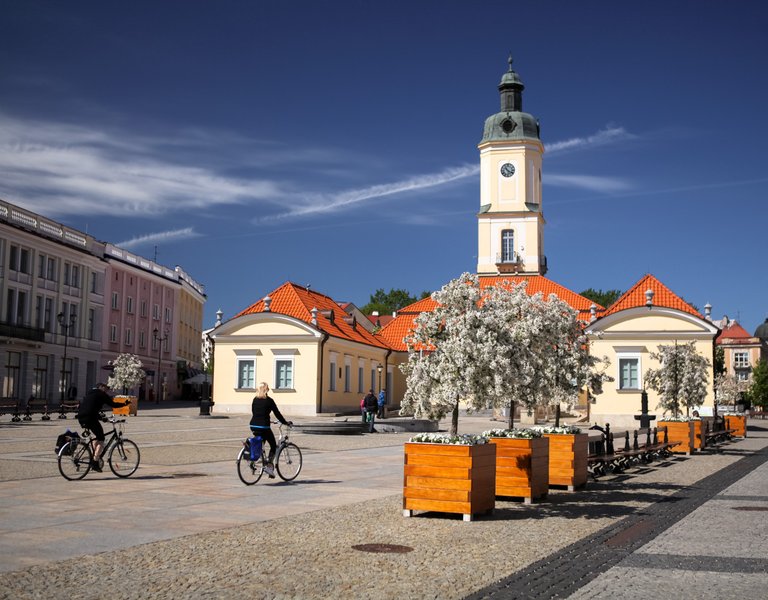 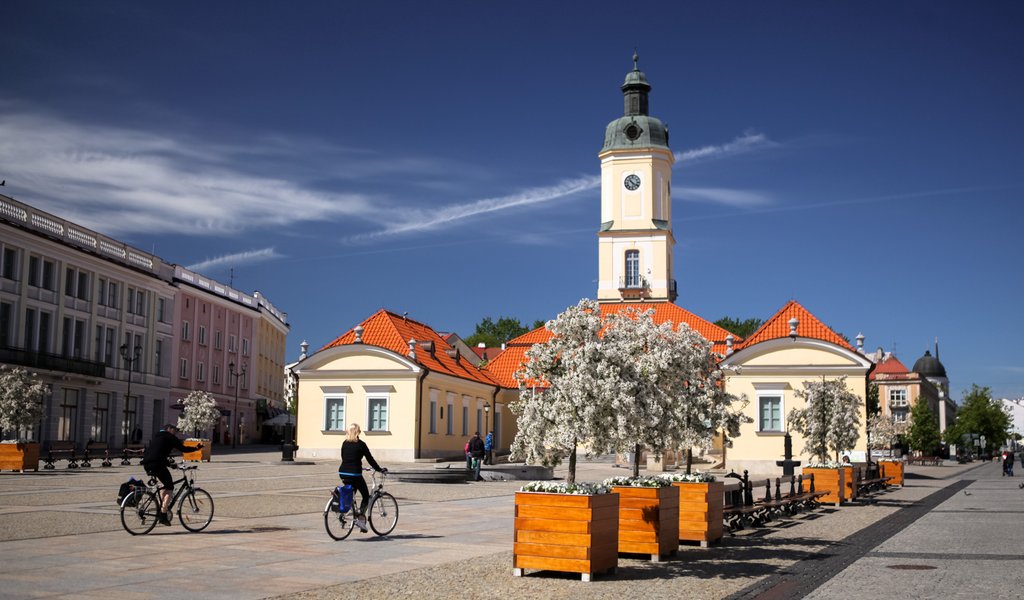 The idea behind the supranational Esperanto language was conceived in 19th century Białystok, a city brimming with the sound of Polish, German, Russian and Yiddish.

“It was Białystok, my birthplace and the city of my childhood, that oriented all my efforts”– wrote Dr. Ludovic Zamenhof, the creator of the international Esperanto language, about his home town. 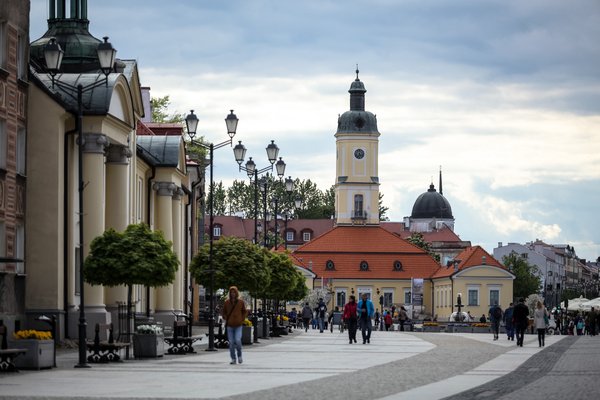 To trace his steps in Białystok, we begin at the Ludovic Zamenhof Centre on Warszawska Str. 19. A modern multimedia exhibition leads us into the atmosphere of Białystok of the 19th century and the first half of the 20th century, when the town was inhabited by Poles, Germans, Jews, Russians, Belarussians, Lithuanians, Ukrainians and Tatars. Archival photographs, documents, city maps, and interesting artifacts (old chests, suitcases and shutters) give the exhibition an interesting Białystok backdrop. The voice of a narrator leads us through the streets young Zamenhof walked along and through subsequent stages of his life, while we hear the sound of stallholders calling, bells ringing, a baby crying, and a dog barking transmitted via speakers. Display-boards are presented both in English and in Esperanto. In the Centre workshops are held promoting the idea of dialogue between cultures and providing biographical information about Zamenhof himself. A public library with collections in Esperanto is also in operation. On the other side of the street, at Warszawska 8, is the former Realne junior high-school (now called the the 6th High School of General Education), in which Zamenhof attended between 1869 and 1873.

The present Kościuszki Town Square (Rynek Kościuszki) at the heart of the town is the former Bazarny Market Square (Rynek Bazarny) resounding with multilingual hubbub, which Zamenhof compared to the biblical tower of Babel. The Esperanto Café situated in the town hall building (Rynek Kościuszki Str. 10) is definitely worth visiting for a glass of buza – a white sparkling drink made of millet and raisins, highly popular in prewar Białystok. The buza is served, according to tradition, with halva or another prewar delicacy: bialys, i.e., a yeasty roll with poppy and onion. 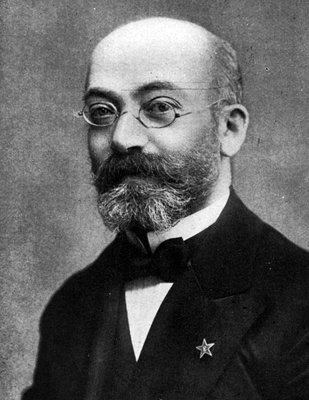 Ludovic Zamenhof was born in 1859 in Białystok. At the time the town was inhabited by Poles, Germans, Jews, Russians, Belarussians, Lithuanians, Ukrainians and Tatars - a diverse blend which sometimes resulted in tension between the groups.

Zamenhof believed that one of the main reasons behind the tension was the linguistic barrier and that a common language would make all the people live together more harmoniously.

As a child Zamenhof already showed linguistic talent, having mastered Polish, Russian, German, French, English, Latin, and Greek. Although he was a practicing physician, he devoted almost all of his life to the idea of the international language which, he hoped, would reconcile conflicted nations. In 1887, under the alias of Dr Esperanto, he issued a course-book for the artificial language he had developed, Esperanto, along with the dictionary entitled “Lingvo Internacia” (“An International Language”). The foundation for the language was first and foremost Romance and Germanic languages, with vocabulary amounting to about 100,000 words. The language was to be neutral and easy to command for people of different nationalities.

Esperanto quickly won support among people all over the world. In 1889 in Nuremberg the “La Esperantisto” magazine started to be published. In 1905 in Boulogne-sur-Mer, a French town, the First World Esperanto Congress took place (convened every year until this day), and Paris welcomed Zamenhof with the Eiffel Tower lit up in his honour and decorated him with the Legion of Honour Medal. In 1908 the World Association of Esperanto was founded.

A wooden house at Zielona Str. 6 (today: Zamenhof Street) in which Zamenhof was born does not exist anymore. On the wall of the block of flats at Zamenhof Str. 26 there is a plaque reading: “Here stood the house in which the creator of the international Esperanto language, dr Ludovic Zamenhof, was born on 15 December, 1859”. On a blank wall there is  graffiti depicting, among other things, Zamenhof on the balcony. Nearby, at the square where Malmeda and Białówny streets converge, there is a column with the bust of Zamenhof created by the Cracow sculptor Jan Kucz.

At Lipowa Str. 31/33 one of the town’s main streets, stands the home of Jakub Szapiro – the most famous Esperantist of the interwar period, the founder and the chairman of the Białystok Association of Esperantists, the author of the first Esperanto guide to Białystok, a teacher and a journalist. Szapiro was executed by a Nazi firing squad in 1941, as we learn from a plaque on the wall of the house.

The seat of the Białystok Association of Esperantists is located in the building of the former Piaskower synagogue at Piękna Str. 3.

The Białystok Esperanto Route and Multicultural Route leads us to places connected with the international Esperanto language and his creator. The display-boards depict archival photographs and information in three languages: Polish, Esperanto, and English, as well as in the Braille alphabet.