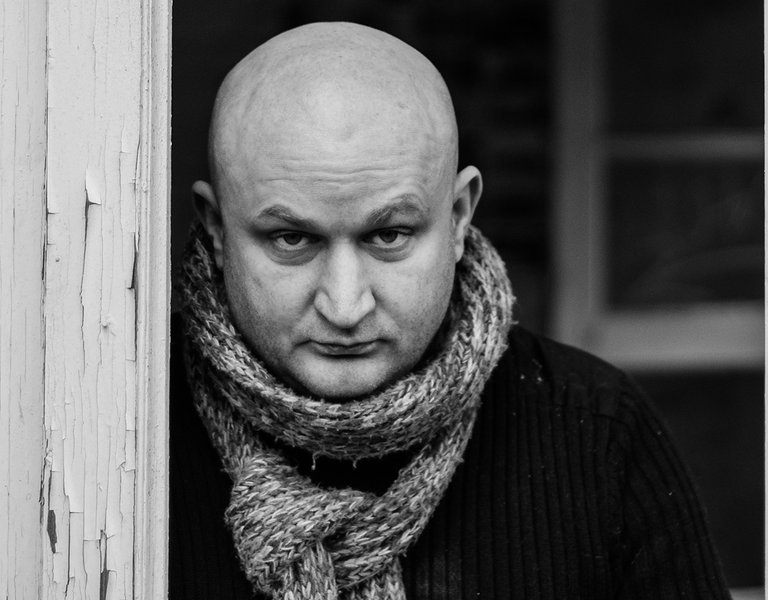 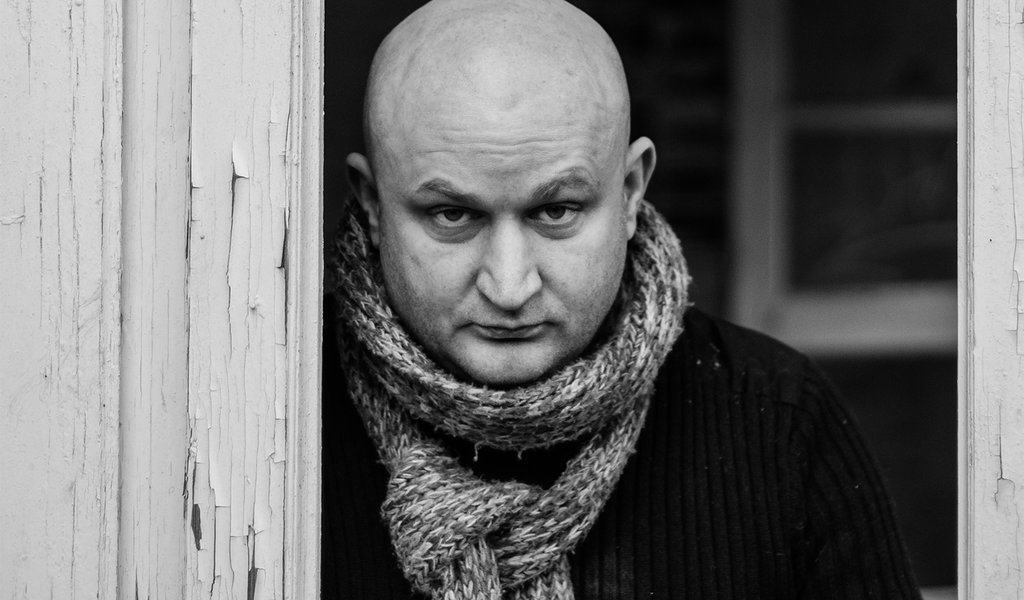 How do you design a Ferrari?

“In order to be a successful car designer, you need to dedicate your entire life to the process. I had decided on my future career at the age of five. I owe a lot to Poland, for my education that helped lay the foundations for my career,” Janusz Kaniewski, the most famous Polish car designer, who also worked with Ferrari, told Polska.pl in an interview shortly before his sudden death on 9 May.

Karolina Kowalska, Polska.pl: How does one end up at the world’s most renowned automobile design centre – Turin’s Carozzeria Pininfarina?

Janusz Kaniewski*: Since the age of five, I knew that I wanted to be a car designer.  The epiphany came to me when I saw the model exterior of a Volvo 480 at Warsaw’s Institute of Industrial Design. The one metre long model built on a 1/4 scale swept me off my feat. It was on that day that I decided that I wanted to play with such toys when I grew up. I went about this methodologically. As I wanted to study abroad and later end up at Pininfarina, I dedicated my entire primary and secondary school education to the study of languages – German, Russian and Latin. In high-school I was a nerd who didn’t go to parties, didn’t chat up girls, didn’t smoke or drink. Instead, starting in my first year of high-school in 1989, I started working at an advertising agency so that I could pick up some business know-how and learn computer programming.

After finishing school, I studied for two years at the Warsaw University of Technology, where I took classes in freehand drawing and mechanics. I chose these subjects with Turin’s Istituto Europeo di Design in mind, one of the world’s most famous schools focusing on car design. I knew that their Transportation Design course is taught by people who work at Pininfarina, many of whom would come to lectures straight from the facility. During my first year of studies there I managed to catch the attention of a professor named Carsten Astheimer, who was the head of design at Pininfarina.

This connection helped get me work as a designer at the Pininfarina in my second year of studies. Already in my first year I had been helping out in the famous Di Camillo facility, which produces Fiat cars. It was there that I was given the opportunity to design an engine for the papal limousine which John Paul II, not the biggest car enthusiast, probably never actually saw.

Professor Piotr Jędrzejewski, the head of the Industrial Design Department at the Academy of Fine Arts in Wroclaw, in charge of the Car Design Workshop, says that international acclaim in this area can only be achieved by individuals such as yourself – people who live and breathe car design.

I agree. In order to be a successful car designer, you need to dedicate your entire life to the process. Funnily enough, my first design at Pininfarina was not for a car, but for Rossignol ski boots produced by the Lange brand. Herman Meier won the World Championship wearing these boots. We created the first edition of the boots in his shoe size. These days all Go-Pro athletes and emergency rescue workers in Europe’s mountains wear the blue Lange boots. On the slopes, wearing these boots is a clear indication of being a pro.

Ironically, I started designing for Ferrari only after I had left Pininfarina. I left the firm of my own accord to set up my company – although people say that once you join Pininfarina you remain part of the establishment for the rest of your life. And there’s some truth to that, I do feel loyal to the firm. Since setting my own company I have designed cars for many famous brands, although nondisclosure agreements forbid me from saying which ones. On an everyday basis, I am an ambassador for Mazda. For five years now I have organised a competition for the brand and I drive Mazdas outside of work. I am currently driving a Mazda 6. 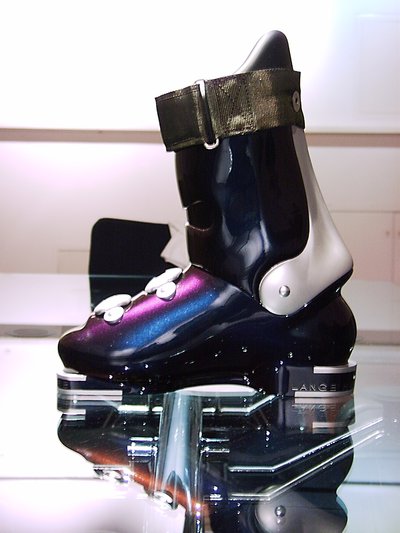 You don’t only design cars. You also work with regional authorities, helping them with their urban design.

I’ve made a mental plan of the things I want to do before I turn 50. One of my priorities is paying back my dues owed to Poland, in the sense that I owe so much to the country for providing me with a strong education which help lay the foundations for my career.

I am doing this by, amongst other things, giving lectures at public institutions such as the Adam Mickiewicz University in Poznan, the Academy of Fine Arts in Łódź, as well as the University of Technology, also in Łódź.

While I do earn handsome sums for occasional lectures at business events, the lectures I give to students are all free, apart from minor travel expenses. I also work with the Police Commission in Bydgoszcz, where I take part in an educational project helping young people to steer away from crime and drugs. In terms of regional authorities, I help the cities of Gdynia, Warsaw, Łódź, Poznań as well as a few smaller cities, with urban planning and design.

How is it that you – a native Varsovian – instructed the authorities in Gdynia that the city needs a matching style for their handrails and barriers?

As a native of the Mazovia region, it was easy for me to spot something that so many people in Gdynia take for granted that they do not give it a second thought: that Gdynia is a city with a very big height amplitude – from 0 to 200 meters. Within Poland, Gdynia is second only to Zakopane in this regard. It is full of hills and therefore also steps, barriers and handrails – all different in style and colour.

Wherever you would take a photo in Gdynia, the chances are very high that it would include chaotic urban design in the form of mismatching handrails and fences. I did my research: for a year I walked and drove – by bus, tram, bike, car, whatever I could get my hands on – across Gdynia. I then gathered my impressions and wrote up a 600-page report on what could be improved. It was a whole file including photos indicating things that could not be overlooked.

A subsequent project – Gdynia Fast Forward – was born out of the idea that designers, architects, and urban planners should design a city in a way that would be organised by children. After all, it will be the children of today who will live in the city once our project eventually sees the light of day. That is why we worked together with the young ones, who tweaked some of our plans. For example, on the sketch of a minimalistic apartment one little boy added a fire-place and a massive television with a sound system, effectively killing off the minimalist touch. One little girl decided that she wanted trams to be pink and shaped as dragons. This was an interesting exercise for me as it alerted me to what the children of today see as important. They will be the ones who furnish our future society. 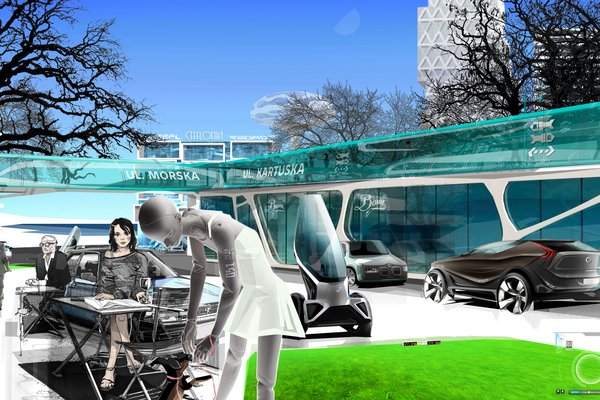 After your work in Gdynia, neighbouring Sopot requested your services.

I am designing street furniture for the city centre, which is currently being revamped. I have also been invited the city of Łódź to advise them on ways to revitalise its Piotrkowska Street. The street has lost a lot of its allure since the Manufaktura shopping complex was opened. I am also involved in smaller projects, for example in boosting tourism along the Łyna River in north-eastern Poland, half of which runs through Russia.

Do you not find it trivial working with smaller cities, such as Grudziądz?

The city’s authorities approached me, asking me if I could create an educational model for the Grudziądz citizen. It was their opinion that I have experience in this field. It all started a few years ago, when a 14 year-old boy named Mateusz approached me during the Gdynia Design Days, a festival that I helped organise. Mateusz asked me if I could have a look at his portfolio, which of course I did as I never turn down such requests. I gave him a few pointers. A few months later, at the next festival – he followed me from event to event – I noticed that he had listened to my advice and had made some improvements. When he was 16 I offered him an internship at my company. One year later, we worked together on several projects. As an 18 year-old Mateusz worked with me on the design of the Ferrari 488 GTB. Today he is a full-blown designer who works as part of our team. I dedicated my book “Janusz Kaniewski: design”, published in 2013 by Bosz, to Mateusz as he has motivated me by his work ethic. When he was still in high-school, Matuesz visited me with his entire family to ask me which university he should go to. I told him to apply to the Architecture Faculty of the Warsaw University of Technology. He got in, as the seventh applicant out of a total of 800. This could be why the authorities in Grudziądz thought I might have some insight regarding some sort of educational model for their city. 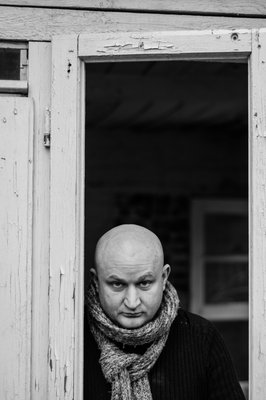 *Janusz Kaniewski (30 March 1974 - 9 May 2015) was one of Poland’s top car designers. Graduate of transportation design at the Istituto Europeo di Design in Turin, the world’s most famous school of car design. Author of the Ferrari California and Ferrari 458, he is also credited with creating the Lancia Delta, the futuristic Honda CIVIC, Alfa Romeo MiTo, Alfa Romeo Giuglietta, and Suzuki Kirashi. The designer would not confirm these speculations, as he was probably barred from doing so by confidentiality clauses in his contracts with the automakers. Kaniewski designed the Rossignol ski boots, which were made under the Lange brand and were later worn by Herman Meier during his successful World Cup bid. He worked together with Polish municipal authorities, helping them manage urban space. Lecturer at the Royal College of Art in London and the Istituto Europeo di Design in Turin. Janusz Kaniewski died suddenly on 9 May at age 41.