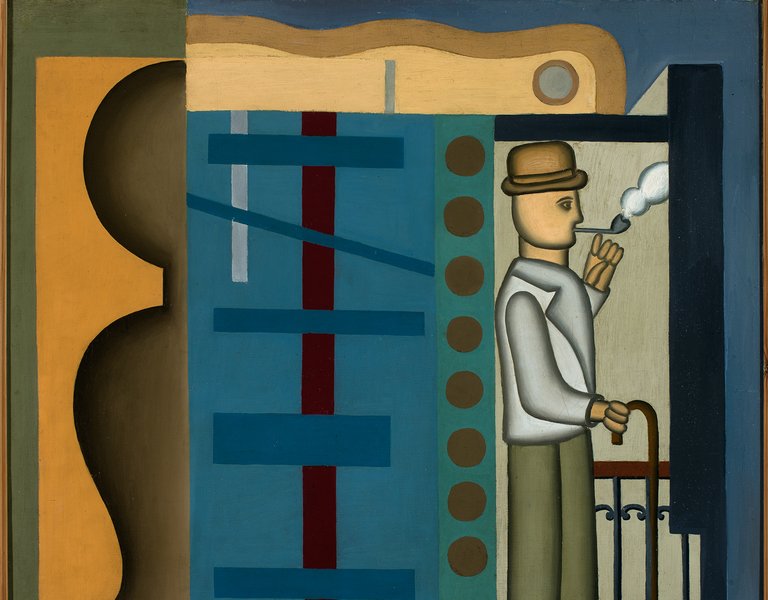 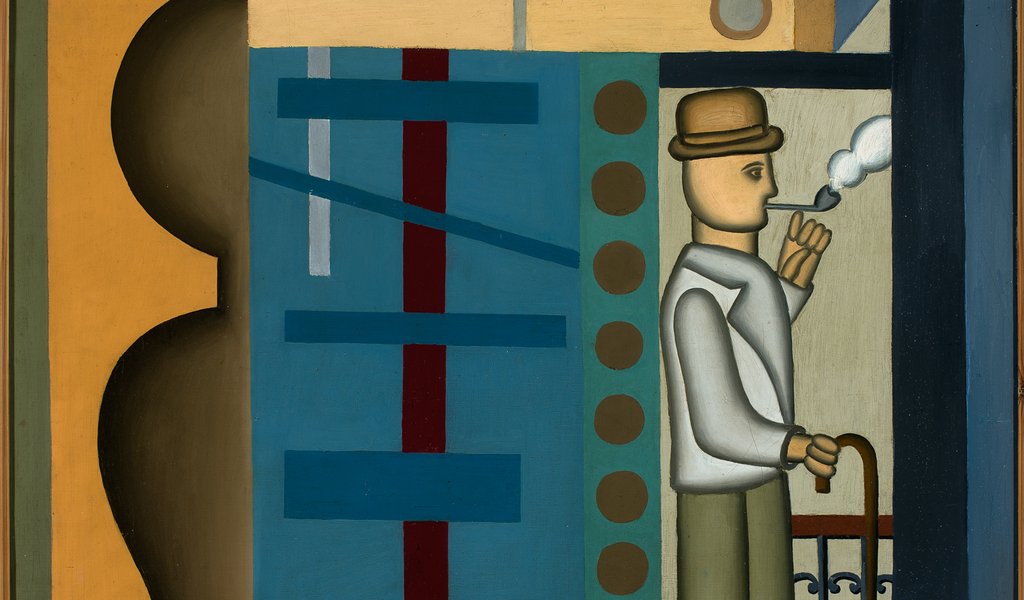 The poet Tadeusz Peiper put an avant-garde spin on the art of interwar Poland. An exhibition at the National Museum in Warsaw is showcasing works created by this visionary, and some of the artists he inspired.

“It has nagged me for years that people know so little about Peiper today. After all, he is one of the last great figures of Polish modern and avant-garde culture who are yet to be presented to the present-day public in a comprehensive exhibition. An outstanding proponent of the avant-garde, he is also one of the most unusual minds Poland produced in the 20th century,” Polska.pl is told by Piotr Rypson, Deputy Director of the National Museum in Warsaw and curator of the exhibition The Pope of the Avant-Garde. Tadeusz Peiper in Spain, Poland and Europe, which Rypson opened together with Monika Poliwka and Juan Manuel Bonet. The show runs at the National Museum in Warsaw between 28 May and 6 September 2015. 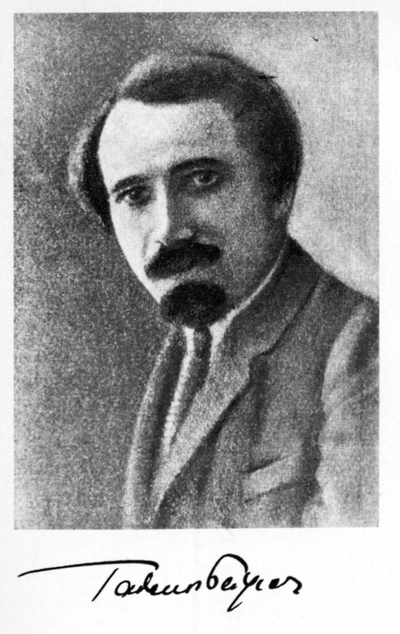 “This exhibition is a great lesson about Peiper, and the days of a utopia that set out to build a new world, but ended in tragedy,” adds Piotr Rypson, and goes on to stress that Peiper’s thought foreshadows scores of modern art achievements such as sculptures, works of architecture, and paintings.

The National Museum will display a number of them, including a 1919 miniature by Leon Chwistek titled City, Józef Pankiewicz’s Street in Madrid dating from 1916-8, Suprematist Drawing by Kazimir Malevich from 1927, geometric-abstract sculptures by Katarzyna Kobro, paintings by Henryk Stażewski, as well as many prints and sculptures by representatives of the European avant-garde.

For the duration of the event, Warsaw is hosting priceless items from several Polish museums, the Museo Nacional Centro de Arte Reina Sofía in Madrid, the National Library of Spain, the Library of the Royal Palace in Madrid, the Lithuanian Art Museum in Vilnius, and many private collections. The 270 exhibits include works by illustrators of Peiper’s poems (Juan Gris, Moise Kisling and Fernand Léger), as well as avant-garde publications and films. Visitors will tour the exhibition to the accompaniment of pieces by selected Spanish, French and Polish composers.

Tadeusz Peiper was born 1891 in Krakow and died 1969 in Warsaw. A poet and literary critic, he is remembered as the one who changed the course of art: from Futurism and Cubism to the avant-garde.

Peiper’s manifesto City, Mass, Machine set out new challenges for poets, and the pamphlet’s title went down in the history of literature. Nearly a century ago he predicted that automation would change relations between people, urban development would lead to mass consumption, including mass art, and poetry would have to become rational and economical in order to keep pace with these changes.

A hundred years before short forms (text messages, tweets, Facebook posts) dominated communication, he called for economizing on words. As Peiper would argue, in order to catch up with modern times and be understood, poems must be condensed and metaphors invoke reality. He cast the poet as a constructor or manual workers who gives words the right shape. 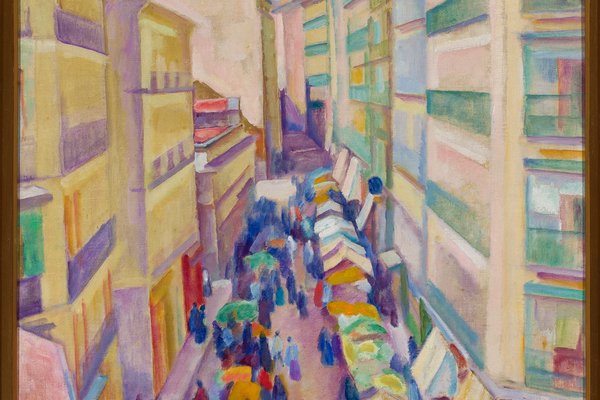 Peiper was a visionary. In a reading from 1924, he expounded what could be described as a theory of iPhone. The artist brought this modernity from France and Spain, where he got in touch with the European and South American avant-garde.

“When you think about the avant-garde, you tend to think of Berlin, the Bauhaus, or the Moscow of Malevich. Meanwhile, Peiper in Madrid would rub shoulders with some of the most outstanding representatives of the Spanish avant-garde, as well as artists from Argentina, Uruguay and Chile, such as the eminent Argentine writer Jorge Luis Borges or Vicente Huidobro from Chile, the Apollinaire of Spanish-language poetry,” Piotr Rypson tells Polska.pl.

“What we especially want to do is recall and show Peiper’s leading role in charting a course for modern art. We are talking about a relatively young man who comes to Madrid in 1921, at a time when Poland is only beginning to take shape after regaining independence and has no fixed borders yet; so this man comes to play a key part in developing culture in Poland, and a year on he sets up Zwrotnica (‘Railroad Switch’), a journal that set art in a totally new direction. Zwrotnica sees the debuts of all the major heroes of Polish modern art who went on to figure prominently in our collective culture: Szczuka, Kobro, Strzemiński and others,” adds Piotr Rypson.

The rank of Poland’s internationally inspired avant-garde is evident from the fact that the Warsaw exhibition, mounted in collaboration with Spanish cultural circles, will be on view at the Real Academia de Bellas Artes de San Fernando in Madrid from 18 September until 6 November 2015. 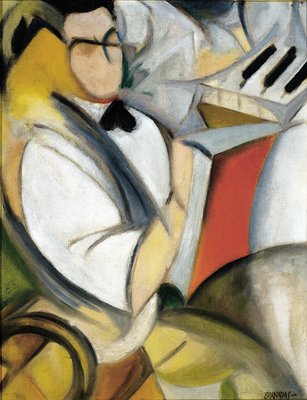 Events and workshops surrounding the exhibition

The Pope of the Avant-Garde. Tadeusz Peiperin Spain, Poland and Europe at the National Museum in Warsaw is a trip through 1914 Paris, the cosmopolitan, artistic and literary circles of 1915-21 Madrid, the Formist and Futurist Krakow, the avant-garde artistic and civilizational utopias of the 1920s, all the way to their demise and a surge of catastrophism on the eve of World War Two. The exhibition is also a testament to the spectacular rise of communications and mass culture that accompanied these processes.

One of the show’s aims is to present Peiper’s artistic alliances and the fruits of his cooperation with outstanding artists of the avant-garde.

Co-funded by the Ministry of Culture and National Heritage, the event comes with a rich educational programme: tours guided by curators, Thursday lectures, and thematic meetings about the exhibition. Visitors will be able to walk around Warsaw in the footsteps of the interwar avant-garde. Family workshops inspired by the items on display will be open for children and their parents. Throughout the summer holiday season the museum will be hosting creative workshops about the relationship between science and technology, meant for young people.

Some events are interpreted into the Polish Sign Language. People with visual impairments can attend special workshops with tactile objects, audio description, graphic aids for blind people, and music. Free-of-charge prints for children and adults will make it easier to enjoy the exhibition in an interactive way.