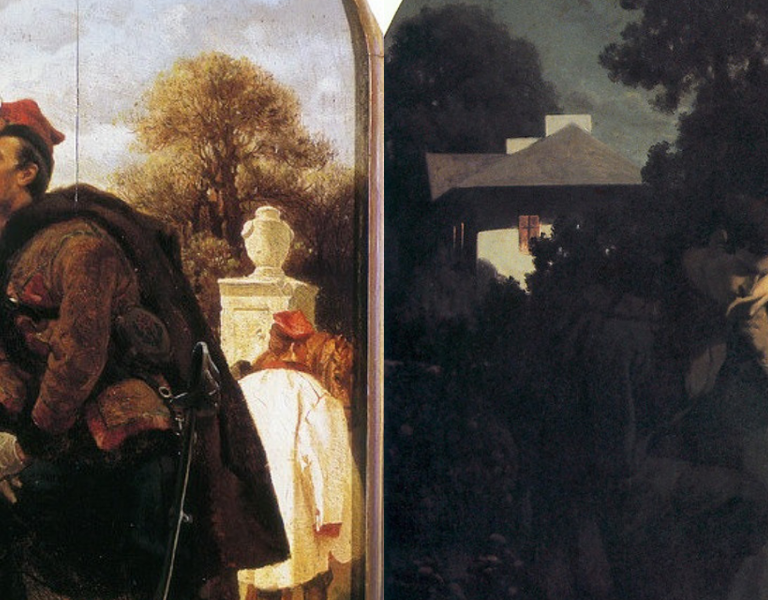 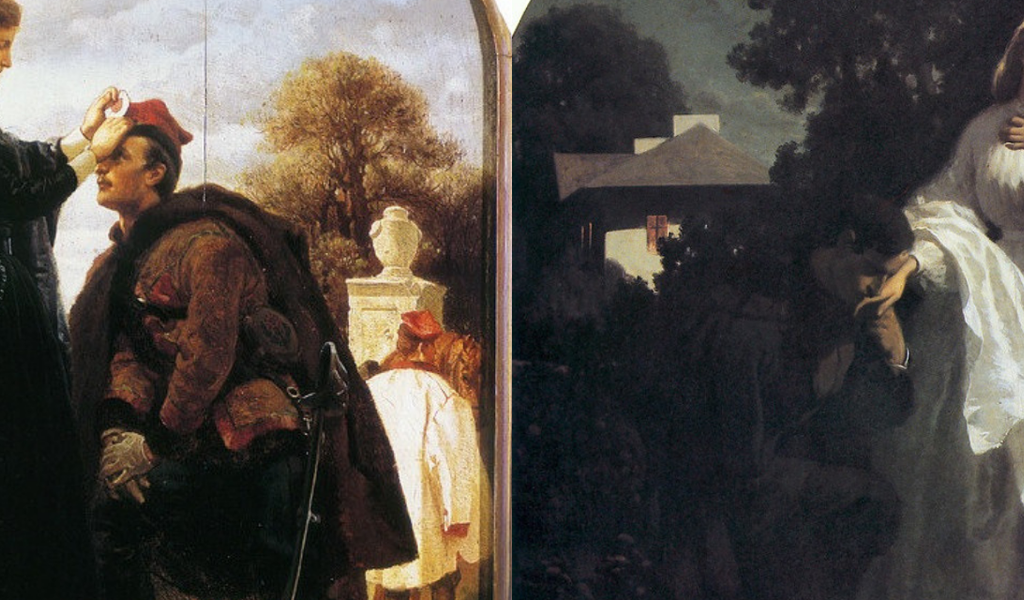 The January Uprising of 1863 was the longest and largest Polish insurrection for independence of the 19th century. It broke another record too - the number of women who fought in its battles exceeded any previous armed struggles. The "Women's War", as the Uprising has been sometimes called, and great trauma it caused, brought enormous suffering, but, on the other hand, in its result, women’s emancipation became one of key questions addressed by the Polish Positivists. An indirect effect of the immense role women played in the Uprising was granting them suffrage shortly after regaining freedom and sovereignty. Polish women were one of the first in Europe to receive voting rights, i.e. as far back as in 1918. 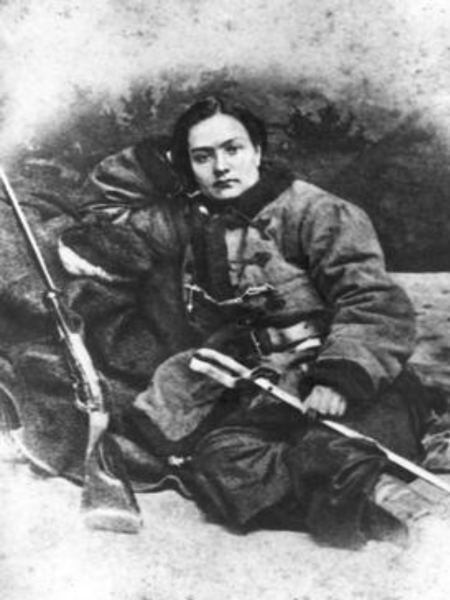 - wrote Tsar Nicholas I shortly after the November Uprising (1830-1831) to Ivan Paskevich, the Namestnik (Viceroy or Governor-General) of the Kingdom of Poland (Congress Poland), established on the territories occupied by the Russians - "This devilish nation has always acted through them [...]." Polish women were involved in the independence movement on many levels and with great devotion. Collective memory has primarily preserved images of mothers encouraging their sons to fight for their homeland, but in reality, women went far beyond their socially imposed role; they were engaged in underground education, cultural diplomacy and took part in both conspiratorial and combat activities.

The January Uprising was preceded by numerous peaceful religious and patriotic demonstrations, bloodily suppressed by authorities. Women participated actively in those protests: they raised money during masses, participated in religious services, took part in demonstrations and were often victims of brutal repressions by the Tsarist police and army. They were the ones who carried out educational and propaganda activities among peasants, whom they taught patriotism and persuaded to support national aspirations for independence.

The culmination of their commitment was, of course, the outbreak of the uprising in January of 1863. Many women stood shoulder to shoulder with their menfolk in the armed fight against the oppressor. They cut off their long hair and put on men's clothing. Although in response to the widely commented death of three women in the battle of Dobra, the War Department of the National Government issued a ban on admitting women to insurrectional troops, they did not stop serving in the military, and the armed forces kept enlisting more women soldiers.

However, the range of activities undertaken by women in the Uprising was much wider: they were couriers, transported the insurrectional press to the hinterland, distributed important documents. They set up contact points and hid the insurgents at their own homes. They provided them with means of subsistence, keys to empty flats and empty passport forms.

By organizing themselves into aid committees, women ran hospitals and field medical units that took care of all casualties, regardless of the side on which they fought. They also collected medicines, made surgical dressings and even ammunition, putting their lives at risk in two ways: they were threatened with exposure and exile and could die by accident while making firearm cartridges.

Their tasks also included supplying the insurgents with clothes. They sewed, washed, repaired, delivered – which the authorities also punished with deportations. They also provided food to the "rebels" and ran kitchens for detainees imprisoned for taking part in the uprising, e.g. in Lvov and the Warsaw Citadel. To hand in food supplies to incoming transports of deportees, they also kept guard at railway stations and did not abandon the deportees even in exile. We should explain that many prisoners sentenced to deportation to Siberia were accompanied in exile by their mothers, wives and children and they were supported by aid organizations women founded there. 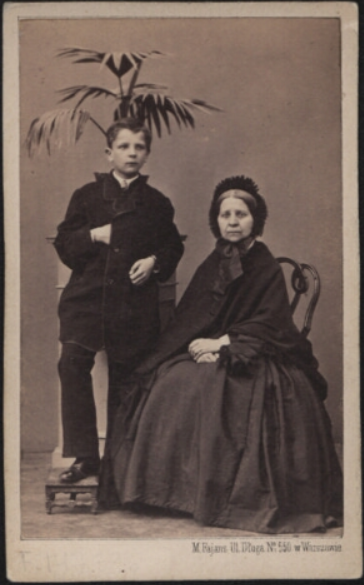 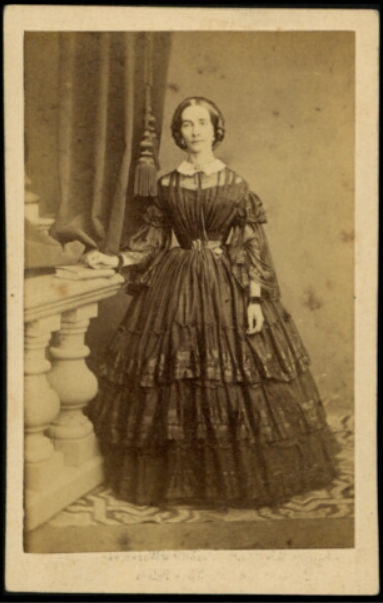 One of the interesting forms of expressing support for the national cause in the times of the uprising was manifestation through fashion. A call to wear black mourning dresses was made as early as in February 1861 after a violent suppression of a patriotic demonstration by the armed forces. Women gave up colorful dresses and ornate jewelry and replaced them with black from head to toe. They combed hair upwards and covered it with veil hats. Though they eliminated colors from their clothing, they did not give up useful crinolines which helped smuggle underground press and weapons; they could even hide someone for a while in case of need under those structured petticoats. Black attire was mandatory even on wedding days, fashion newspapers informed about that trend too; there was also special jewelry to go with mourning clothes, usually made of cheap materials such as black oxidized steel or iron. They wore silver wedding rings covered with black enamel, brooches with eagle in the crown (national emblem) and patriotic mottoes, similar belt buckles and crosses hung on chains. Chains, a very popular trend, were supposed to bring to mind the misery of the deportees. The motif of the crown of thorns – also trendy at that time – was a symbol of Poland suffering like Christ dying on the cross.

The Russian authorities did not miss fashion novelties and monitored their popularity very meticulously. Equipped with special hooks, agents tore ladies’ mourning crinolines in the streets and issued official decrees prohibiting wearing black in public places. Mourning could only be justified by a death of next of kin that had to be confirmed with a document issued by the police. In the absence of such a certificate, a woman could be penalized with a fine, and if she failed to pay it, she could be arrested, or her carriages or horses could be seized.

Did you know that spouses still wear wedding rings on their right hand in Poland? This custom emerged after the fall of the January Uprising.

Previously, it was customary to wear it on the left hand, and only after the death of your spouse, you should put on the right hand. After the defeat of the Uprising, married Polish women started wearing their rings on the right hand as a sign of national mourning. 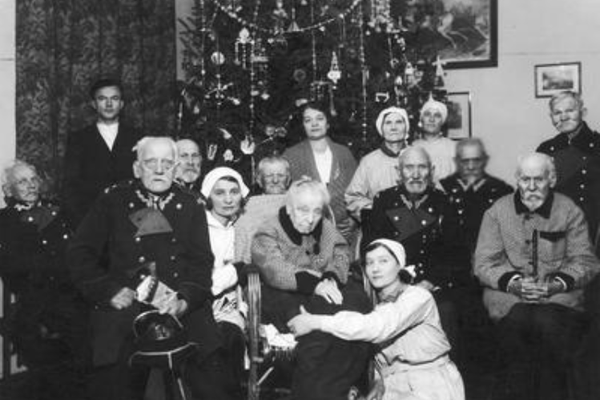 The fall of the January Uprising left a deep mark on the lives of Polish women. Many men died, others were deported to Siberia, some emigrated fearing punishment. The women who stayed (and many of them also left the country for this or that reason) had to face the reality affected by Tsarist repressions. These included the abolishment of the autonomy of Congress Poland, martial law that lasted 50 years, increased forced Russianization, prohibiting the activities of educational and cultural societies, sequestering landowners' estates, and restricting any Public Offices to Russians.

The situation of the abandoned women was lamentable: the existing model of girls' education failed since it did not develop the skills that would afford them gainful employment, thus condemning them to dependence on men. And the men were missing. That is why the women's question became one of the most important topics on the Polish Positivism agenda. Its representatives emphasized the importance of education and women’s emancipation as the key to the reconstruction of the destroyed Polish society. Although the implementation of these ideas took place very slowly, due to, among other reasons, conservatism, inseparably linked with the Polish national identity, which was threatened by the occupant’s policies, Polish women gradually expanded their rights, which, as it is stressed, was also influenced by their participation in patriotic struggles.

Thus, the relatively early introduction of women's political empowerment in Poland, as compared to other European countries at that time, is also mentioned as a result of those fights. The first to grant suffrage to women was the Provisional Government established on November 7, 1918 and chaired by Ignacy Daszyński. Ultimately, the full suffrage (the right to vote and the right to stand for election) was confirmed in the decree by the Provisional Chief of State, Józef Piłsudski of 28 November 1918. The new law stated that "every citizen of the Republic regardless of gender, is an elector to the Sejm [Polish parliament]" and that "every citizen, man or woman, can stand for election with active suffrage.” The first Polish women to sit on the parliamentary benches were: Gabriela Balicka, Jadwiga Dziubińska, Irena Kosmowska, Maria Moczydłowska, Zofia Moraczewska, Anna Piasecka, Zofia Sokolnicka and Franciszka Wilczkowiakowa – 8 superbly educated representatives of various political camps, who, regardless of differences, collaborated closely during the entire term. They knew perfectly well what they were doing - they were supported by experiences of an entire generation of Polish women activists.