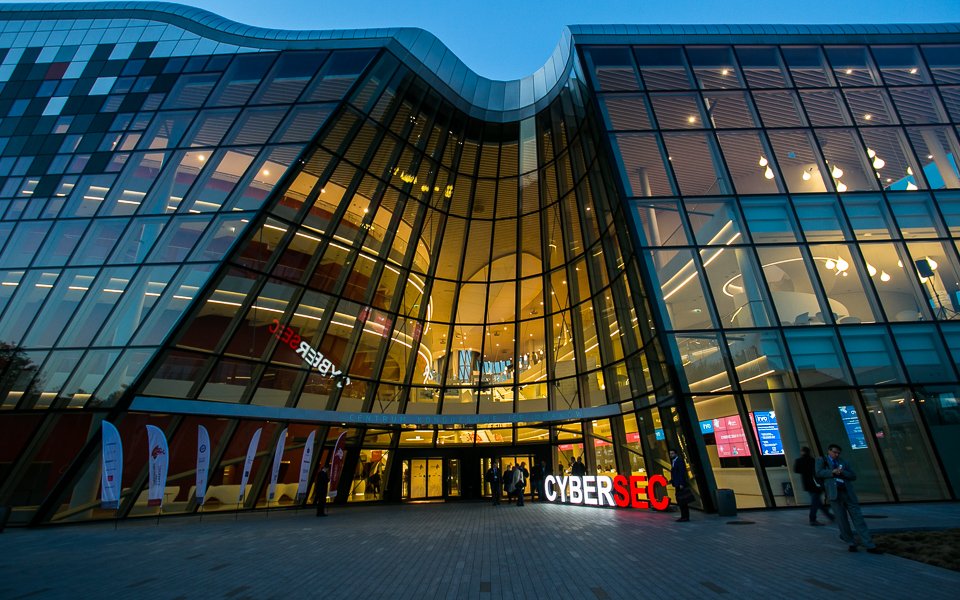 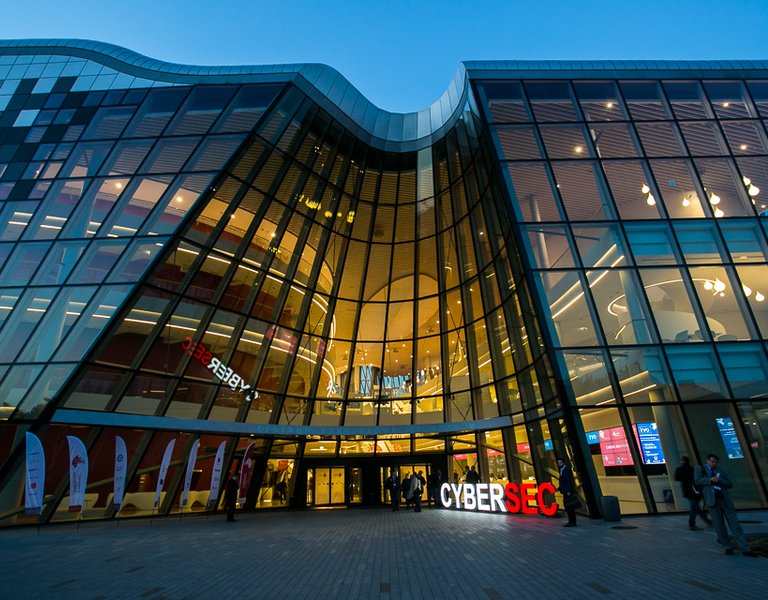 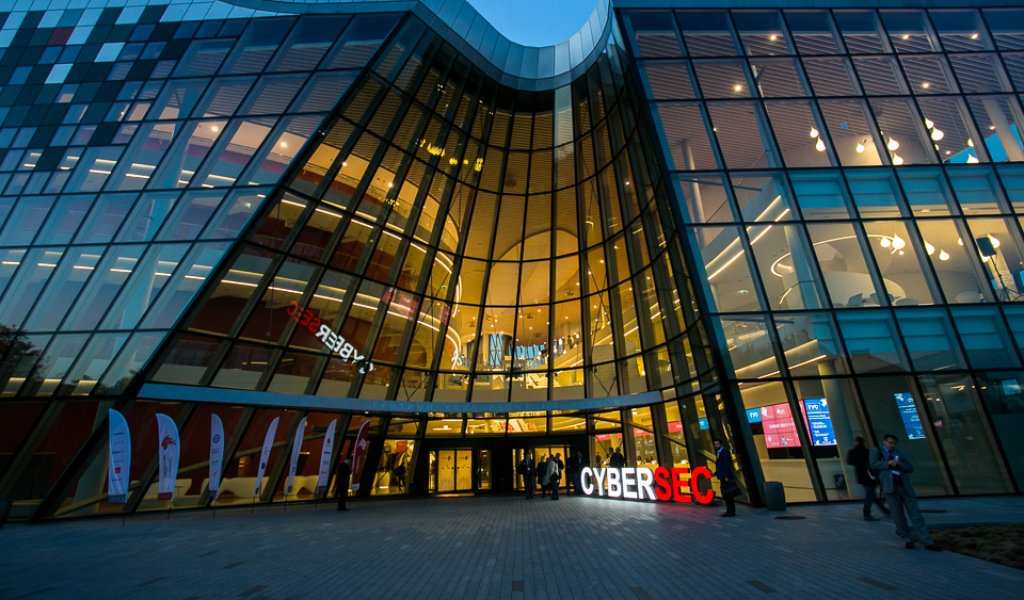 Until not too long ago, most of society at large associated the term “cyber-security” with science-fiction literature and films. However, in 2015 the word became en vogue. Not thanks to books, but rather due to the ever-closer connection of the field with everyday life. And thanks to initiatives such as the CYBERSEC conference, which took place in Krakow in September.

The CYBERSEC Forum is only the second event of its kind organized by the Kosciuszko Institute, but the Krakow-based think tank can already boast of widely acclaimed success that stretches far beyond Poland’s borders. The previous edition of CYBERSEC was recognized by the Concise Courses portal as one of Europe’s top five most important conferences dedicated to cyber-security. The presence of Polish politicians at the conference indicates that the field is starting to be taken seriously in Poland. 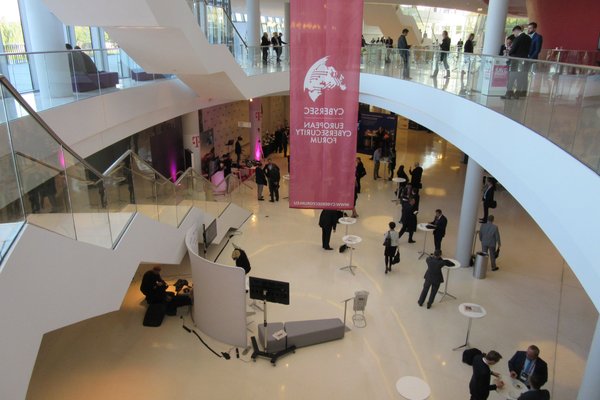 “CYBERSEC is a unique event in Central Eastern Europe. The Forum tackles the topic of cyber-security not only as a strictly-speaking technological challenge, but as a factor influencing the life of the state and its citizens. This points to our innovative approach. There are many conferences dedicated to the securing of information networks and technical activities, however CYBERSEC is unique because it approaches these issues through a strategic challenges prism,” Joanna Świątkowska, Programme Director at CYBERSEC, tells Poland.pl. The format of the conference is also an innovative solution as participants take part in four thematic channels: state, military, future and business. They produce recommendations connected to each of these areas.

Focusing the attention of politicians

From the very start, the objective of the organisers of the event was to focus the attention of politicians on problems relating to security of the cyber-sphere and their importance for the functioning of modern public institutions.

“Recommendations and their promotion are our priority, our most idealistic starting point. However, what is also worth a lot in itself is that we are able to bring together various groups interested in the subject and start a debate of leading politicians, businessmen, as well as representatives of NGOs and academic centres,” Świątkowska says.

This year’s edition of CYBERSEC was opened by the Secretary of State in the Chancellery of the President, Krzysztof Szczerski, who read out a letter from President Andrzej Duda, and the Deputy Prime Minister and the Minister of Education and Schooling, Jaroslaw Gowin, who held a speech.

This points to a growing trend, according to which issues relating to cyber-security will become increasingly relevant to politicians in developing countries, regardless of their area of expertise.

"The fundamental task of public institutions is starting to be to guarantee the security of citizens active in cyberspace and the effective protection against dangers threatening identity, dignity, privacy and the reputation of people. The state has the responsibility to help ensure the security of public information resources- including public registries, paying particular attention to the protection of private data," President Andrzej Duda wrote in his letter addressing the participants of the conference. 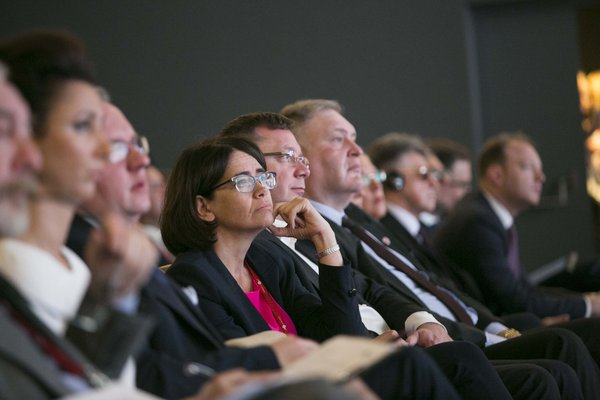 "Despite the fact that an increasingly large part of public services and significant aspects of social and economic life currently takes place on the Internet or through the use of IT systems, security in Poland continues to be regarded in a conventional manner. There has not been a realization that a new category of threats has emerged, requiring urgent action by the state," the Supreme Audit Office warned.

Work to remedy this situation is currently being carried out under the leadership of the Ministry of Digital Affairs.

"We've created a department dedicated to the issue, recruiting professionals in this field. They are finalizing work on a Cyber-Security Strategy document, which will be covered during a session of the government," Anna Streżyńska, the Minister of Digital Affairs, said during the conference. The first steps have already been made: "We have organized around the clock protection of the cyber sphere. Previously, the cyber sphere was monitored for only 8 hours a day. We have created a National Cybersecurity Centre, which functions around the clock. Before that we had individual defence systems. We now have a state-centric, systemic approach," Gen. Włodzimierz Nowak, Cybersecurity Plenipotentiary to the Minister for Digital Affairs, said during the conference.

Security problems in cyberspace are, however, not a uniquely Polish phenomenon, as the participants during the Krakow conference acknowledged. At the July NATO Summit in Warsaw, member states adopted a common defence pledge in response to the quickly developing threats emanating from the cyber sphere. Cybercrime has become an inherent part of modern military conflict and the consequences of cyber attacks could prove to be no less dangerous than conventional methods of conflict.

“We have to come together to prepare scenarios aimed at repelling attacks that could take place in the future. Mutual trust is crucial and we have to develop it further. We need to remember that these days we can be attacked at any given moment, from any place in the world and this is the challenge that we now face,” Jamie Shea, NATO’s Deputy Assistant Secretary General for Emerging Security Challenges, said during the conference.

Over the last few years Krakow, the host city of the CYBERSEC conference, has become a thriving spot on Europe’s IT map. It is here that large IT companies have their branches, be it big players such IBM and Cisco or promising start-ups.

The Kosciuszko Institute in Krakow decided to take advantage of these favourable conditions and created the CYBERSEC Hub Krakow, which is meant to create a coherent network composed of numerous initiatives supporting the development of the cyber sphere.

“CYBERSEC Hub is, however, not designed to be a hierarchical structure, but rather an attempt to create an environment in which certain processes and relationships between stakeholders are instigated. The first concrete measure that we are introducing is the selection of seven start-ups from Malopolska and provide help to them to receive funds to develop products within the field of cyber security. We are helping representatives of these start-ups connect with investors, we are sending them to international conferences – we are making it easier for them to enter the market,” says Joanna Świątkowska.

The people behind the initiative want the CYBERSEC Hub in Krakow to encourage universities in Krakow to develop relevant educational courses for the cyber security specialists of tomorrow – not only IT experts but also lawyers, students of political science and international relations.

Over 700 people from over twenty countries took part in the two-day CYBERSEC 2016 event. As a result of the event, this was the second time that Krakow became the international centre of discussion on cyber-security. Among the main issues covered this year were the building of a regional cyber-security system in Central Eastern Europe, cyber defence among NATO member states, the use of cyber tools in the fight against terrorism, and the growing deficit of cyber specialists.

The unofficial motto of this year’s conference was “co-operation”. “If I had to pick the most popular hashtag used during this conference then it would, without a doubt, be the word co-operation,” says Tomasz Zdzikot, Undersecretary of State in the Ministry of Interior and Administration.

CYBERSEC is an excellent field for such co-operation – between all key cybersecurity stakeholders. If it is missing then cyber criminals will gain the upper hand, which will lead to detrimental consequences and – as Izabela Albrycht, Chair of the CYBERSEC Organising Committee and Chair of the Kosciuszko Institute points out – “the global cyber revolution will become impossible”.