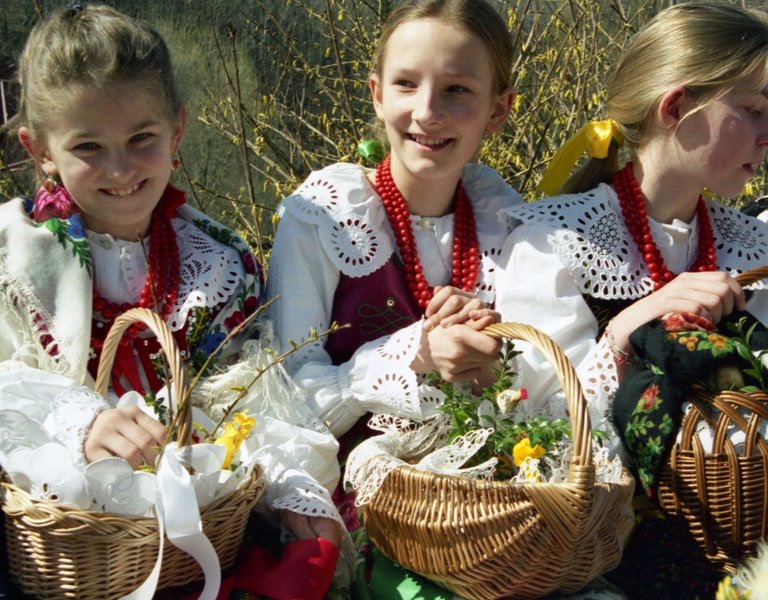 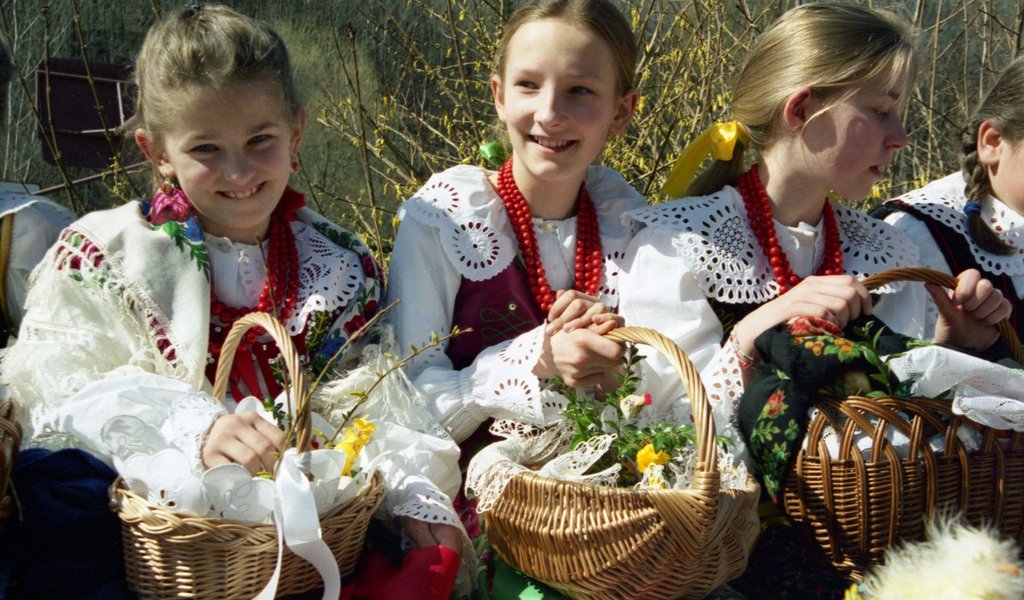 Walking through the village with a crowing rooster, hanging herrings on trees or decorating floors with sand are just some of the regional Easter traditions which have survived in Poland.

Many regional customs live on in Poland. Kurek wielkanocny (Easter rooster) is one of the most colourful folk traditions that used to be observed in almost every Polish region. Bachelors used to stroll around their village pulling a wooden handcart with a crowing rooster. To make sure that the bird crows all the time, they would feed it with alcohol-soaked grain. Fortunately, over the course of time, real roosters have been replaced by artificial ones, made of plywood, clay, dough or wood and decorated with dried corn stalks, flowers and ribbons, while the crowing has been replaced by the singing of bachelors. Their songs, both religious and ludic ones, used to be rewarded with food: sausages, cakes or eggs. “On the one hand, the rooster is a symbol of the awakening - the crowing wakes up the sun and makes the day set in - which perfectly fits the symbolism of spring holidays. On the other, it is an erotic symbol of virility,” says Robert Piotrowski, head of the ethnography section of the Masovian Countryside Museum in Sierpc. 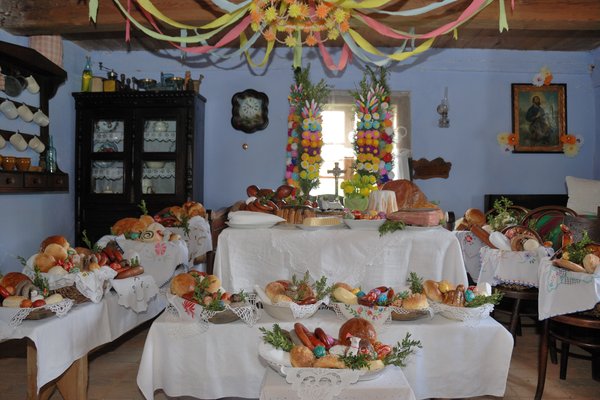 This tradition also had its feminine equivalent. “Ladies used to walk from door to door with a gaik, an osier decorated with ribbons and painted blown eggs, singing religious and folk songs for which they were rewarded with food,” Mr Piotrowski says.

Inhabitants of Opole Silesia believed that whoever did not drink vodka on Good Friday would be drunk all year long. The alcohol, which was additionally meant as a preventive measure against stomach aches, used to be served immediately after ritual ablutions in a stream, river or lake. The rite was called “silent water” and had to be performed accordingly, before sunrise, in a watercourse running from West to East. Bathers were not supposed to wipe off water from their bodies. This tradition (minus drinking) also used to be followed in Mazovia on Palm Sunday. “Adults would walk into a watercourse after Resurrection bells went on. They believed that this would keep them clean and pure until next Easter,” Mr Piotrowski tells Polska.pl.

In some of Poland’s western regions, such as Kujawy, Pomerania and Silesia, Easter celebrations begin to this day with burying sour rye soup (żur) and hanging herrings on trees, that is with a symbolic punishment of the Lent dishes for having starved stomachs for six Lent Sundays. Today, paper herrings are used, as the smell of fish gone bad would hardly be pleasing to the senses. In old times, however, inhabitants of these regions used to tie herrings with thick, long rope and hang them on a tree or drag them throughout the village to a place they’d bury them in. 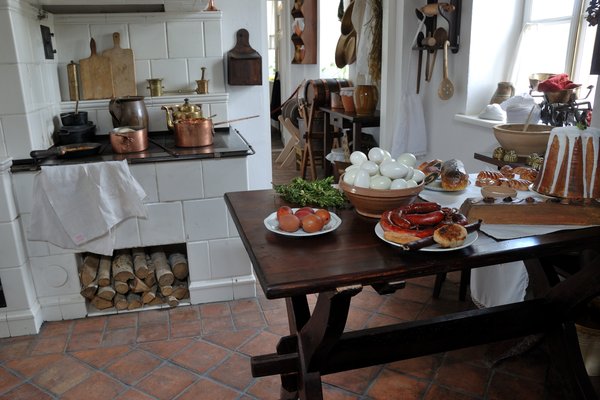 The tradition of burying pots with sour rye soup in a garden or a chosen square is no longer practiced today. Bachelors would not get away with the stunts they used to pull a century ago, such as throwing stinky sour rye soup over the door of a maiden’s house. While cleaning the grimy door, the girl had to listen to unrefined taunts. In villages near Krakow, instead of pots with sour rye soup people used to bury pots which ashes, which symbolised mortification.

The region of Western Kujawy, which Oskar Kolberg, a legendary Polish ethnographer and folklorist, described as a prosperous land of hot-tempered, smart and comely people, can still boast its own, unique traditions. On Resurrection Sunday, bachelors gather on the main square of Szymborz, a district of Inowroclaw, and shout out rhymes addressed to local young maidens. This tradition, established centuries ago, is called przywoływanki or przywoływki. The rhymes are not always favourable to their addressees: they say how many times the girls will be doused with water on Wet Monday, which is called Śmigus Dyngus. The bachelors, most of whom are members of the Symborz Bachelors’ Club Association, try to throw water over as many girls as possible. The winner is awarded the title of “ladies’ king.” According to the oldest documents of the Bachelors’ Club Association, which date back to the 1830s, a bachelor could buy the exclusive right to throw water over a given girl, paying with money or alcohol. This buy-out tradition is the origin of the term Śmigus Dyngus. The Polish word śmigus means throwing water over someone or whipping someone with a twig. Dyngus is a German tradition which consists in buying oneself out of these practices.

Today, the tradition of throwing water over girls is only symbolic in Szymborz. Instead, a girl or her parents invite the interested bachelor to join them for a snack on Easter. The tradition of calling out maidens has only survived in Kujawy, but it was followed in Greater Poland until the second half of the 19th century. 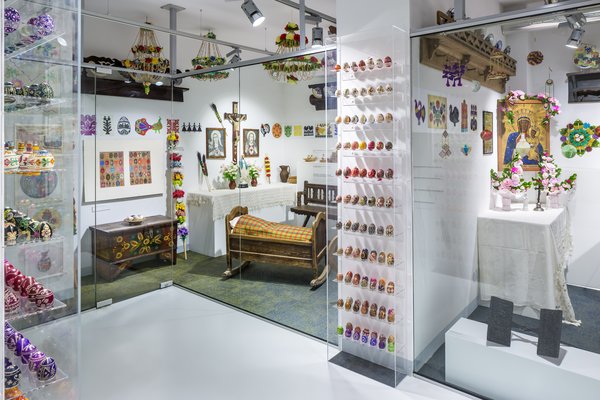 In western regions of Poland, people still cultivate the German tradition of an Easter Bunny bringing Easter presents for children. The custom dates back to the times when these regions remained under the Prussian rule. The tradition is not popular in eastern Poland, so when children in Kujawy, Pomerania, Silesia and Greater Poland spring up at dawn to unpack their Easter gifts, those in Warsaw, Krakow or Bialystok are still asleep. In turn, the tradition of sharing blessed eggs, which is very popular in the country’s eastern regions, came to Silesia quite late.

In the region of Lowicz, southern Mazovia, walking around fields is the best preserved ancient Easter tradition. It is accompanied with the rite of initiation of teenage boys, which consists in cutting their hair. All men from the village take part in the ceremony which takes place in the night from Resurrection Sunday to Wet Monday. The custom is meant not only to symbolise the teenagers’ entry into adulthood but also to protect crops from hailstorms and confirm the validity of the existing boundaries between fields.

Spring cleaning is a tradition almost as strong as painting eggs and blessing food. “In Mazovia, making patterns of white grit or sand on clay floors used to be a way to mark the homestead’s cleanliness. But cleaning was more than merely a hygienic procedure. People used to believe that it helps to chase away evil spirits which settled in the house throughout winter. In some regions, people used to burn their garbage on a neighbour’s land to make these spirits skip over to him,” Mr Piotrowski tells Polska.pl.

Read more about Easter in Poland 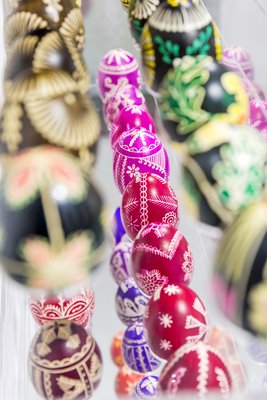 On Palm Sunday, the ethnographic section of the Mazovian Countryside Museum in Sierpc opened its annual exhibition titled Easter in Mazovia. The exhibits in the open-air museum’s 11 cottages are arranged in chronological order - from Good Friday to Wet Monday. The exhibition will be open until late April, and will include handcarts used for carrying crowing roosters and traditional Easter home decorations.

Easter decorations are also on display at the National Museum of Ethnography in Warsaw, where they are part of a permanent exhibition titled Feasting Time. “We have a room decked out for Easter, and a beautiful collection of several hundred painted eggs displayed in a glass door frame. In a section dedicated to ethnic minorities in Poland, you can see eggs painted by Hutsuls and Lemkos,” Anna Kolczyńska from the National Museum of Ethnography in Warsaw tells Polska.pl.