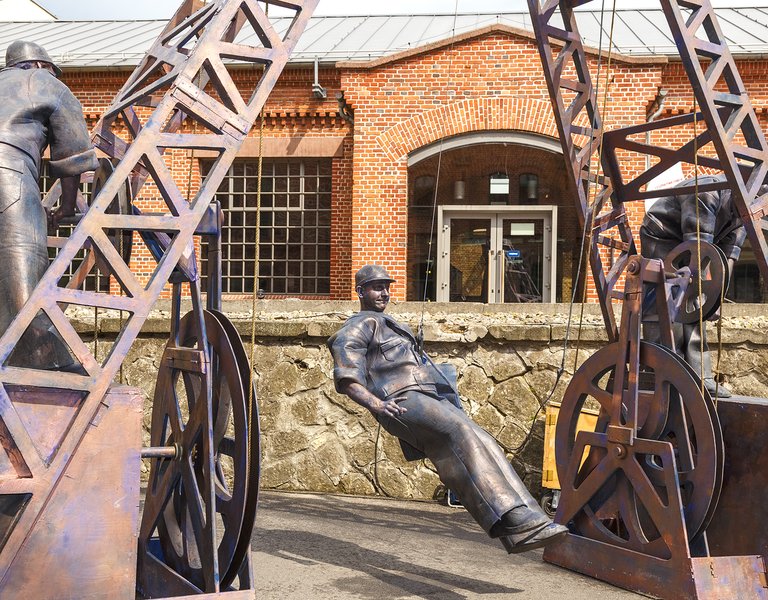 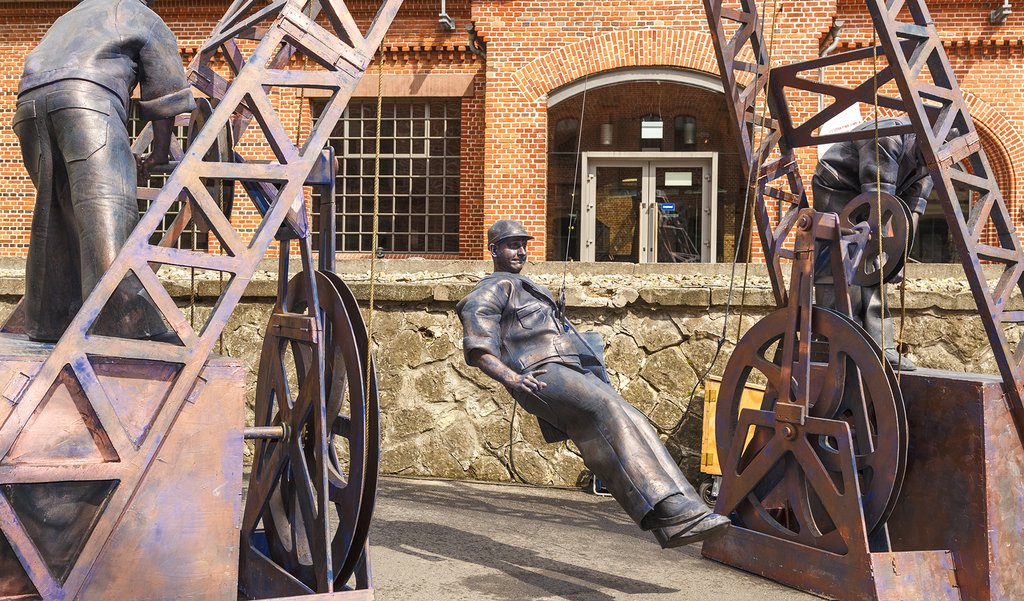 The Industrial Monuments Route of the Silesian Province offers an opportunity to see how to mine silver and coal, as well as how to brew beer and generate energy. It is widely considered to be the most interesting industrial tourism route in Poland. The festival of the Industrial Monuments Route, known as the INDUSTRIADA and held annually on the secound Saturday of June, is a particularly good occasion to visit. 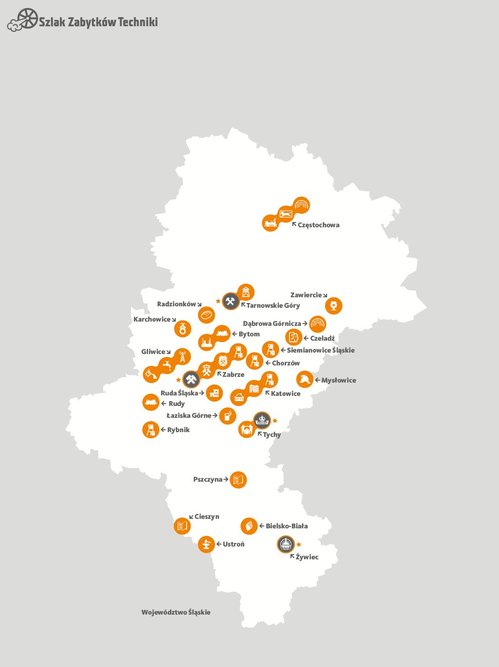 - Each of these objects is authentic and unique. "We wanted the Industrial Monuments Route to convey the diversity of industrial cultural heritage of the Silesian Province. This is where you can see how people used to work underground, how clean water was produced, how press was printed, how beer was brewed, and also learn and experiment," Adam Hajduga, the project’s initiator, tells Polska.pl. Hajduga is also the Head of Unit for Industrial Heritage Promotion at the Department of Culture of the Marshal Office of the Silesian Province.

The Industrial Monuments Route is a flagship tourism product of the Silesian Province. It was established in 2006 and the route offers 36 attractions. It includes not only museums, but also residential workmen colonies and fully functioning work stations. Among all monuments, the one, entitled “Gwiazdy Techniki”, is particularly attractive to tourists:

Guido Mine in Zabrze

Founded in 1855, the mine is unique in Europe. After decommissioning, it served as a drainage point and an experimental mine. Through the shaft, tourists go down to the levels of 170 m and 320 m. The latter offers the deepest coal mine tourist route in Europe. Apart from visiting opportunities, the mine provides artistic sensations as well. At the level of 320 m, below ground a K8 Zone provides a business, culture and entertainment zone. It consists of four breath-taking mining chambers which house a concert hall, a banquet hall and a conference room, as well as the world’s deepest pub.

It is one of the most modern facilities of its kind in Poland. The museum is located within the former lager cellars of the Archduke Brewery in Żywiec. Covering an area of over 1,600 square meters, the museum rooms contain hundreds of exhibits documenting brewing methods and chronicling the 155-year history of the brewery and, more widely, the history of brewing. Tours are are given using modern multimedia presentations. After visiting the museum, visitors can try the beer and buy souvenirs. 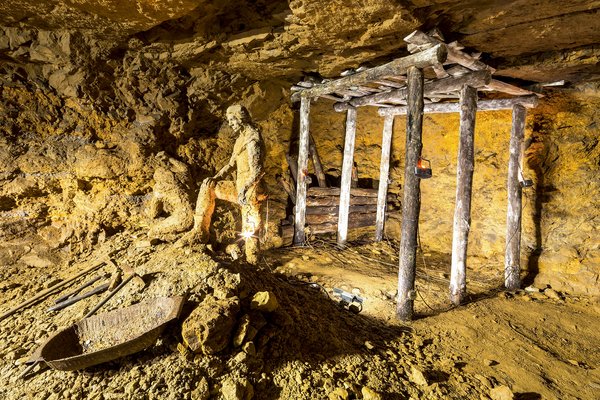 Historic Silver Mine in Tarnowskie Góry

It is the only tourist route in Poland leading visitors through unique underground tunnels – relics of former ore mining facilities. The route is 1740 m long, including a 270-m long stretch covered by boat. The mine’s shafts were entered in the List of Historic Monuments. During the trek, tourists get a glimpse of 18th and 19th Century pit faces and former workplaces. A mineshaft building housing the modern Mining Museum provides an opportunity to learn about the history and geology of the Tarnowskie Góry quarry. It also helps visitors get acquainted with local mining and drainage techniques.

The Brovarium comprises the largest exposition devoted to brewery in Poland, a 3D cinema and a pub. Apart from the museum, visitors can explore the historic facilities of Tyskie Browary Książęce (founded in 1629), which include a brew house from 1915 that is still in operation, a management building from 1905, a coopery and a wood tar factory from the late 19th Century. The facilities are also home to a contemporary beer bottling line. The brewery is both a pearl of architecture and a production plant running at full capacity. The tour is for adults only.

In 2008, the Industrial Monuments Route was the first in Poland to receive the Gold Certificate of the Polish Tourist Organisation for the best tourist product in the country. In 2010, it was awarded the PIF Gold Medal in the same category. It also won the first prize in the 12th International Tourism Fair in Opole and KREATURA, i.e. the prize in the most prestigious creative advertising competition in Poland. 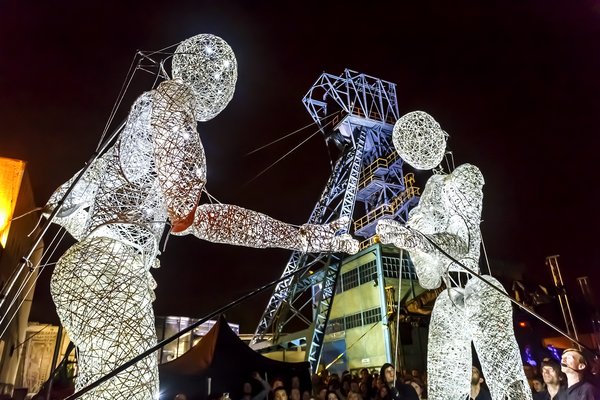 INDUSTRIADA – the Feast of the Industrial Monuments Route

The largest post-industrial cultural heritage festival in Central and Eastern Europe, the INDUSTRIADA is held every year in June in the Silesia Province along the Industrial Monuments Route. Since 2013, it has also been held at so-called “friendly objects.” INDUSTRIADA is a unique event that provides a rare opportunity to experience places that are inaccessible on an everyday basis: from starting 100 year-old machines to going down mineshafts and climbing shafthead frames. During the festival, tourists are able to go sightseeing and explore unique technologies as well as listen to concerts, visit exhibitions and participate in competitions and workshops.