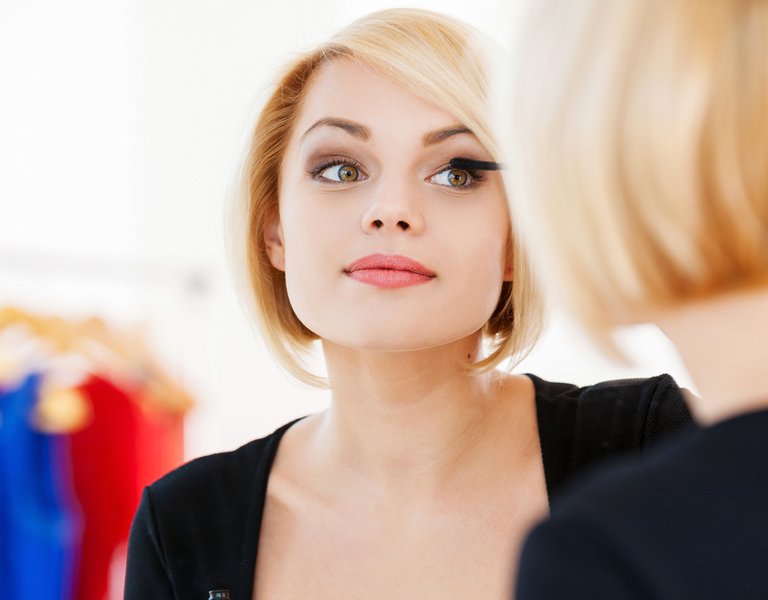 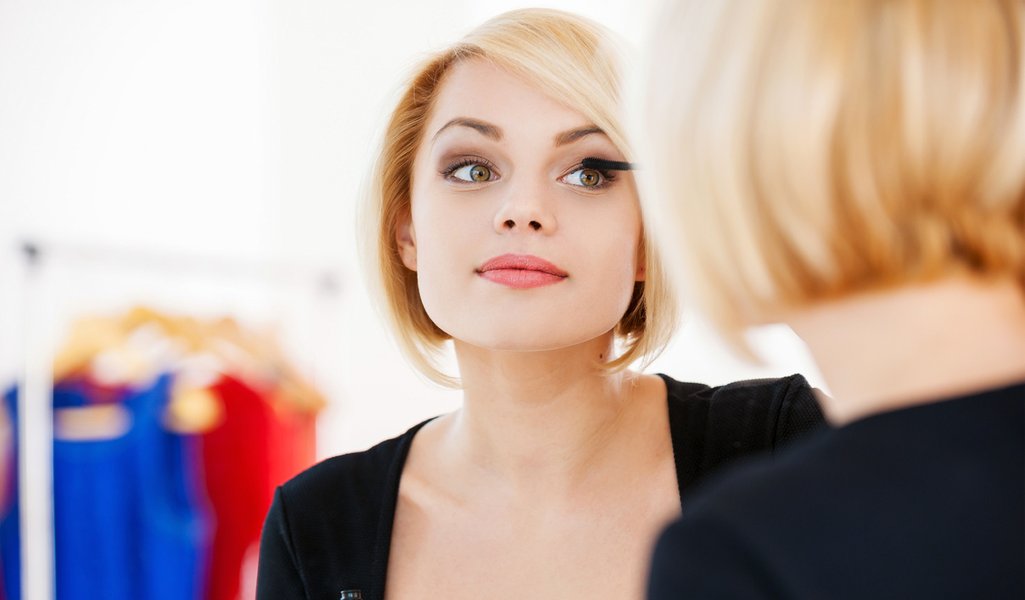 Our shampoos, hair dyes and creams are a hot commodity among Arab, Swedish and Australian women. Polish cosmetics have become a worldwide hit.

Greenpoint, a district in the New York City borough of Brooklyn where Poles have been living for decades, is a shopping destination for an increasing number of Americans living in Manhattan. Once it was Polish cuisine— dumplings and pork cutlets—that attracted visitors. Today, it’s more and more often Polish cosmetics, which are considered natural and effective. Iwona Hejmej, a journalist of the Polish diaspora newspaper Polska Gazeta, regularly comes across female customers from across the East River at Polish stores. “They are familiar with the Irena Eris or Ziaja brands and are looking for natural solutions for their skin. They get that knowledge mainly from cosmetic experts’ blogs,” Ms Hejmej tells Polska.pl.

Such customers are also increasingly likely to visit Polish manufacturers’ websites translated into English and many other languages. Joanna Cosmetic Laboratory from Izabelin near Warsaw, which for 30 years has been specializing in products based on Polish formulas, has its website in English, Slovak, Romanian and Hungarian, with product information also available in Arabic. “Iran and Saudi Arabia are one of major exports markets outside Europe,” Marek Malinowski, an export specialist of Joanna Cosmetic Laboratory, tells Polska.pl. “Arab women are fond of our hair care products, mainly those modern lines based on keratin, argan oil and silk. Hair dyes are extremely popular even though Arab hair is a little different than ours,” he explains. Hair dyes are also a major export for Delia Cosmetics, which sells its products to 50 countries, among others Finland, the Netherlands and Turkey.

Other fans of the Polish company’s hair products include Swedish and British women. They are typically more often interested in cosmetics composed of natural ingredients and prepared based on traditional recipes, such as “Granny’s Remedy” series. It contains Polish herbs and mixtures such as sweet flag, nettle, yolk paste, wheat sprouts, and beer extract. Body care products—fruit- or flower-based peelings (e.g. lilacs), manufactured since 2007—have so far cornered Polish and neighbouring markets. However, Western European female clients may well take to them soon.

Importers from all over the world could get to know the product offerings better at the biggest cosmetics fair Cosmoprof in Bologna, which this year was held between 20 and 23 March. Polish stalls were all the rage there as is the case every year. In 2014, over 100 exhibitors occupied a national pavilion of a several-hundred-metre surface. The biggest Italian daily Corriere Della Sera saw the potential of the Polish cosmetics sector, devoting it a one-page article. “Our stalls, arranged in a row and uniformly marked, made a great impression,” recalls Marek Malinowski from Joanna Cosmetics Laboratory. 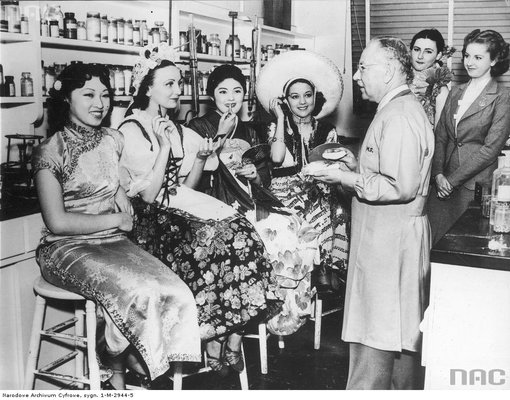 Great predecessors paved the way for Polish companies. Max Factor (real name Maksymilian aka Michaił Faktor aka Faktorowicz), the founder of a cosmetics brand now owned by Procter&Gamble, was born in Zdunska Wola in 1872. Aged 32, he emigrated from Poland to the United States, where three years later he opened a chemist’s shop. It was him who invented tube packaging of cosmetics. His work as a film make-up artist brought him an Oscar in 1929 for his contribution to film industry.

Helena Rubinstein, real name Chaja Rubinstein, (1872-1965) was born in Krakow and emigrated to Australia in 1902, where she founded a cosmetic company under her own name. The business went so well that she moved to London in 1908 to start an international activity. After WWI broke out, she moved to the United States. In 1973, Helena Rubinstein Inc. was sold to Colgate-Palmolive, and now is owned by L’Oreal.

Currently, it’s the Inglot brand that has been taking international markets by storm. It was founded in 1983 by Wojciech Inglot (1955-2013), a chemist by profession. His first product was a liquid to clean tape recorder heads and another one was VIP, a deodorant stick. Since 1985, the company started to operate in the so-called colour cosmetics branch. Inglot products were at first sold at shopping mall stalls, to transform in time into branded outlets. Canada was the first destination for Inglot’s expansion abroad. Other stalls were launched in Dubai. Today, the company sells its products in 300 outlets in 46 countries on six continents.

According to SPC House of Media, which coordinates a programme to promote Polish cosmetics internationally, now in its fourth year, Poland is ranked sixth among European cosmetics exporters, behind the leaders: France, Italy and the Great Britain. What is more, the value of exports has been on a constant increase. Nowadays, we sell five times more cosmetics abroad than ten years ago, and in 2011 such exports reached €3.1 billion. According to the Central Statistical Office of Poland, every second piece of cosmetics manufactured in Poland is sold somewhere in over 130 countries, including the US, Trinidad or Chile.

Eveline Cosmetics, the biggest Polish exporter, sends its products to over 70 countries including Vietnam, Hong Kong, Iraq and Saudi Arabia, tailoring its offering to the needs of clients in a given country. The manufacturer also utilises ingredients unfamiliar in Poland, such as common celandine and mountain carnation that grows in the mountain ranges of Central Asia—in the Caucasus, Altay or the Himalayas. Eastern markets see successful sales of Eveline’s whitening cosmetics, while all the markets enjoy demand for products based on hyaluronic acid and a series of slimming and anti-cellulite products.

The Polish way of slimming has been appreciated by the Japanese and Vietnamese, who go for slimming products manufactured by Gdansk-based Ziaja, a company established in 1989 by a pharmacist couple. With its neat and simple packaging depicting drawings of plants used as ingredients, Ziaja is the frequent subject of blog entries by global cosmetic eco-news hunters.

Japanese women have also warmed to creams by Oceanic, a company which for 30 years has been offering allergic skin care products. Present on 27 world markets, it also exports to Dubai, Kazakhstan, Armenia and Malaysia. In Dubai, the Oceanica Oillan line is sold in the biggest chain of pharmacies, Life Pharmacy.

Dr Irena Eris Cosmetic Laboratory also owns its success to partnership with chains of pharmacies and chemists in over 40 countries where it ships its products. The company, set up in 1983 as a small beauty salon of Irena Eris, PhD in pharmacy, today is one of the best known Polish cosmetic brands worldwide. “Over the recent years we have expanded our exports in terms of both distribution and sales, recording two-digit growth every year. We have been growing in all directions, with all brands in the portfolio—selective Dr Irena Eris; Pharmaceris, sold in pharmacies; budget Lirene; and Under Twenty for teenagers,” Joanna Łodygowska, head of communications department at Dr Irena Eris Cosmetic Laboratory, tells Polska.pl. She adds that sales are particularly dynamic in the Middle East, Western Europe as well as Ukraine, Latvia and Estonia.