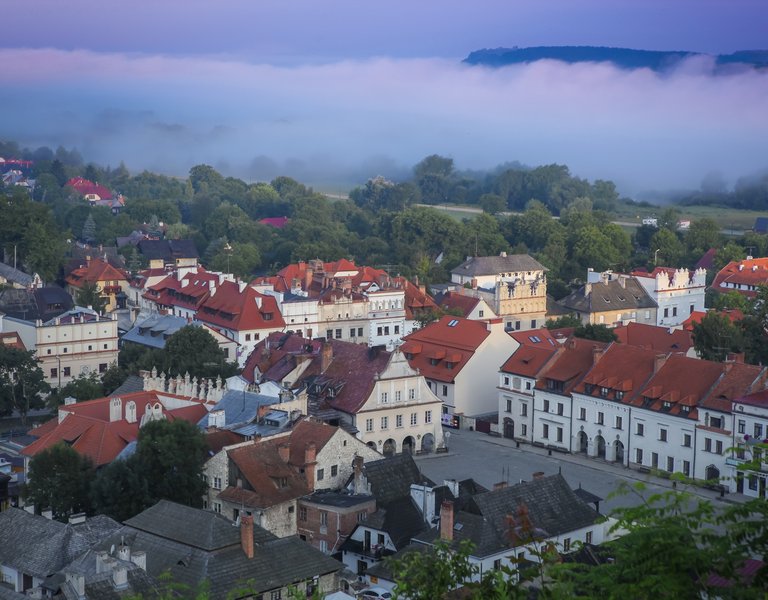 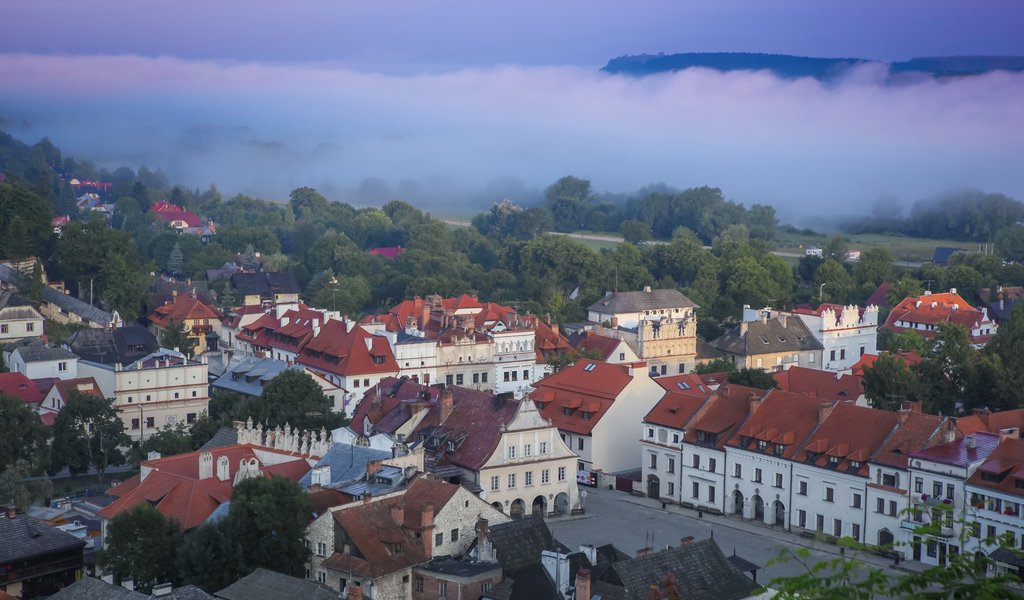 Kazimierz Dolny and art go hand in hand. An artists’ colony has existed here for almost a hundred years now. The town attracts tourists with its beautiful architecture, the meandering Vistula and exceptional loess gorges.

“You cannot find gorges like these anywhere else,” says Jan Wołek, an artist. “It is the gorges that add real charm to this place,” adds Janusz Michalak, a painter. “Even with many tourists around, you can always find some secluded gorge.” According tofellow artist  Beata Giza-Kwiecień, gorges are magical places where you breathe differently. Krzysztof “Krzyr” Raczyński, a member of an informal social group of artists that has been active in the area since the 1970s,  remembers wonderful autumns spent in the Plebanka gorge. Its sheer beauty never fails to amaze painters. 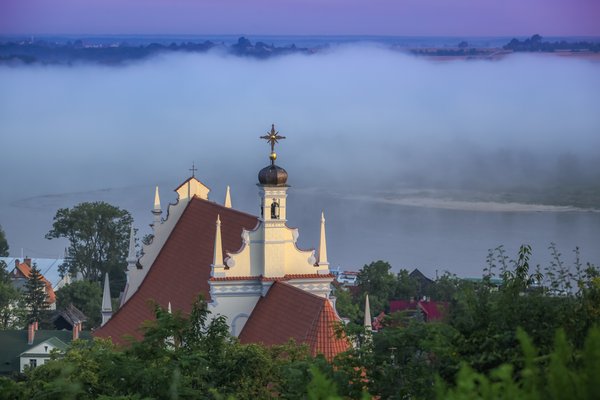 The nature, architecture, provincial character and Arcadian atmosphere of this place have inspired many generations of artists. The first ones appeared in Kazimierz in the late 18th century. In the beginning of the 20th century, the Warsaw Academy of Fine Arts started to organize outdoor painting workshops for its students here. This led to the establishment of a vibrant artists’ colony, which flourished during the interwar years. In 1925, St. Luke’s Fraternity was established in Kazimierz, with Antoni Michalak, Bolesław Cybis and Jan Zamoyski among its members. During World War II, the town was almost entirely destroyed and many Kazimierz artists perished. In 1947, Karol Siciński, an architect with artistic aspirations,took on the task of reconstructing the city, successfully restoring its beauty. As a result, artists began to return.

“An artists’ colony is most of all about interpersonal relations,” emphasises Marek Andała, a painter. His view is shared by Krzysztof “Krzyr” Raczyński. “We have all been drawn here by a desire to embrace the legend of the Fraternity, which we had known only from literature, and to escape the hustle and bustle of a big city. As we did not have cars, we would get everywhere on foot, weighed down with easels and canvas. We painted together and exhibited our works together in the arcades of the Architect’s House. Social life thrived. Although a clash between locals and tourists doesn’t always turn out well in a small town, these relations were excellent in Kazimierz,” he recalls. According to Raczyński, though, the times of selfless friendships and artistic spontaneity are long gone. 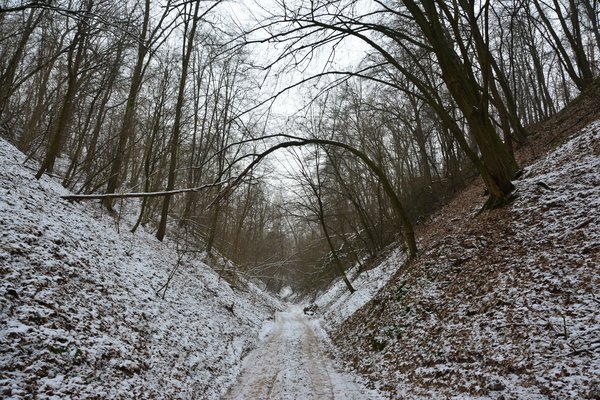 The area around Kazimierz is furrowed with a thick network of loess gorges. This is a result of the fact that loess is extremely susceptible to water erosion, and the thickness of this sedimentary rock reaches up to 30 meters. The nature of gorges is quite diverse here. A V-shaped ravine covered with trees is the most picturesque type of gorge. Educational trails and tourist routes run through here as well. Among the most interesting are Plebanka (1100 m), located closest to the main square; the Malachowski Gorge (around 400 m), which leads to the house of Maria Kuncewiczowa, a Polish writer (1895-1989); Czerniawy (900 m), with a street under the same name at the bottom, leading to a Jewish graveyard; Chalajowy Dol (around 1200 m) at the foot of Lysa Gora; Korzeniowy Dol (around 600 m); and Norowy Dol (around 800 m).

The establishment of the Kazimierz Confraternity of Art in 2000, which gathers over 50 artists today, was an attempt to unite the artistic diaspora. “We show our works all over Poland, organize auctions for our friends in need, and donate our paintings to charities,” says its president, Waldemar Odorowski. “Thanks to us, as early as 2000 Kazimierz joined the European Federation of Artists’ Colonies in Overijse near Brussels. In 2014, we organized the 1st European Festival of Artists’ Colonies. The event was attended by artists from Szklarska Poreba, Zakopane, Krzemieniec and Worpswede.” 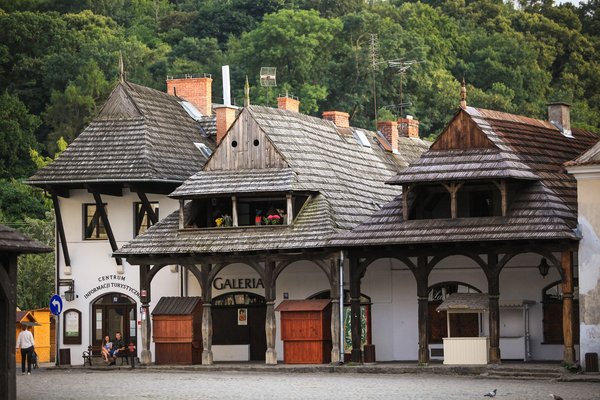 Many colonies created in Europe at the turn of the 19th and 20th centuries did not survive the turmoil of history. Mr Odorowski emphasizes that artistic traditions in Kazimierz were never interrupted despite the wars, political transformations as well as artistic changes that swept through the 20th century.

Paintings by Kazimierz artists are now displayed at a few dozen galleries—the exact list is available at the information point in the market square. The Celejowska Tenement, a branch of the Nadwiślanskie Museum (Senatorska 11/13), shows works by artists linked to Kazimierz, mainly paintings from the 1918-1939 period. The beauty of pre-war Kazimierz has been preserved in the photographs of Benedykt Jerzy Dorys, a talented photographer—a permanent exhibition of his works is housed at the synagogue on Lubelska 4. 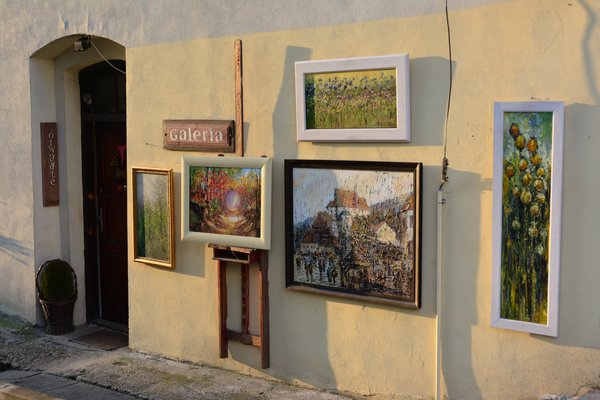 Kazimierz through the eyes of painters

Kazimierz artists talk to Polska.pl about their inspirations and favourite corners of the town.

Marek Andała: The mountains, gorges and the Vistula are most important to me. The theme I like to come back to is the parish church. I also like St. Anne’s Church, tenement houses and a combination of white limestone and red roof tiles. Still, what I paint is not the stuff you see on postcards. My Kazimierz is about doorsteps, details of steps, doors, garbage cans, cobbles. I like to sit in the courtyard of the Monastery of the Reformed Franciscans and just look at the city from above.

Beata Giza-Kwiecień: Every place in Kazimierz is intriguing from a painter’s point of view, and it just takes a different time of day or a different season to change your perspective. I like the main square, but only when it is empty, most preferably in the early morning because the light is best then. I also like the view from the tower and Three Crosses Hill. The Vistula and the environs of Mecmierz are also very inspiring. Some visitors say there is nothing in Kazimierz. Why, it’s all about this “nothing”!

Janusz Michalak: I grew up in a house with a great view of the Vistula and I could paint this river until the end of time. What I find crucial is the contact with nature and the changeability of the light that comes with different seasons of the year. Walking along the streets of Kazimierz I still discover places that I was previously not aware of although I have been living here for over 60 years. When I want to show my guests wonderful panoramas, I take them to spots such as Albrechtowka in Mecmierz and Parchatka on a road to Pulawy.

Krzysztof “Krzyr” Raczyński: I would always paint the hidden, back-alley side of Kazimierz, the Kazimierz that coach trips would never see. No main square well, no parish church, no Vistula and its flood waters. Hovels, sheds and cluttered-up backyards were my inspirations instead. But today that Kazimierz is gone. I am always interested in the area around the town—meadows, gorges, hills and villages such as Mecmierz, Okale or Cholewianka.