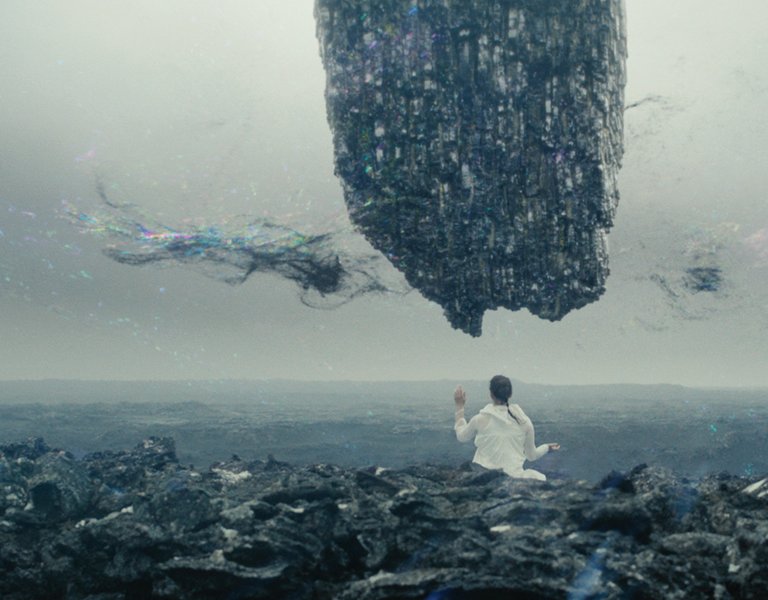 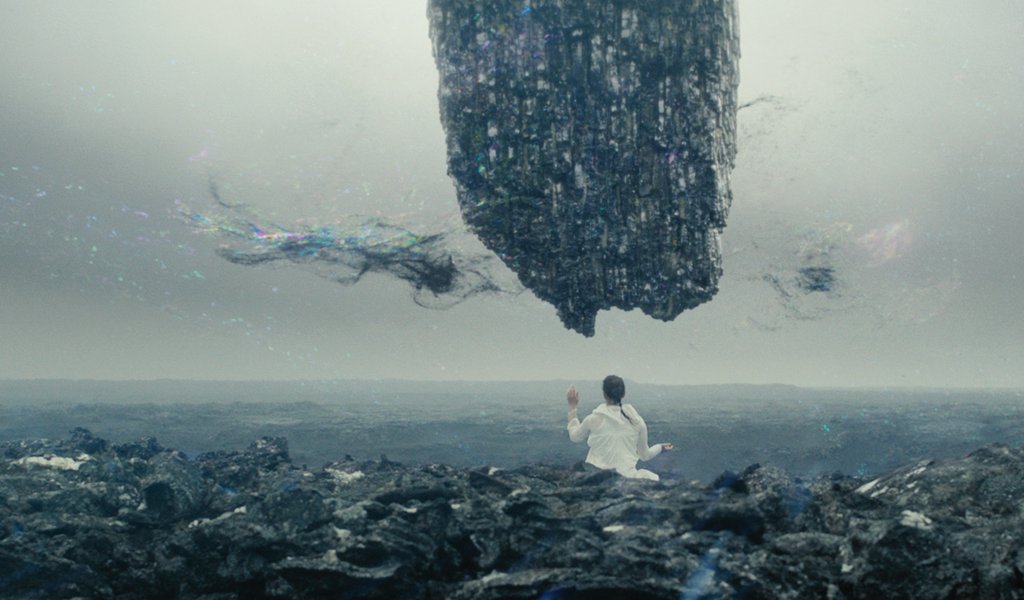 Platige Image, a Polish showpiece in the cinema world

What do Lars von Trier’s films, a video promoting one of space agencies and computer games intros have in common? All these have been created by a Polish film studio Platige Image, supported by Tomek Bagiński, an Oscar nominee.

Platige Image is an exceptional film studio specialised in short forms – starting from advertising, through film, arts, education, ending with the world of video games and entertainment. The patron of the studio is none other than Tomek Bagiński, the world-renowned director who became famous thanks to his sophisticated fantasy animations. He was nominated for the Oscar for a short film “The Cathedral.”. The Platige Image studio associates 10 other directors and the quality of their films does not diverge from the one presented by their leader. The studio’s portfolio comprises commercials for the world’s largest brands, special effects for Lars von Trier’s films and trailers of popular computer games. The most recent work of this creative team, which has reverberated around the world, is a film directed by Bagiński – “Ambition.”.

“This is not a typical film, as it was commissioned by the European Space Agency and its objective is to bring the story of the first landing on a comet closer to young audience that is used to the world of entertainment and science-fiction films,” Jakub Knapik, the art director of “Ambition” and most films directed by Platige Image told Polska.pl. “We had a sense of being part of a unique event. The whole project team is listed as co-creators of this space mission.”

On the YouTube channel alone, “Ambition” has been viewed by more than 1 million people. It has been broadcast by the world’s largest TV stations, while the European Space Agency (ESA) showed it at the beginning of its comet landing live broadcast.

“Platige Image is recognised worldwide as a studio that produces bizarre, disturbing films. That was also the concept for “Ambition”: difficult to grasp for some, but at the same time telling us to delve deeper into the subject,” said Tobiasz Piątkowski, the author of “Ambition” screenplay. “I believe it has fulfilled its role.” 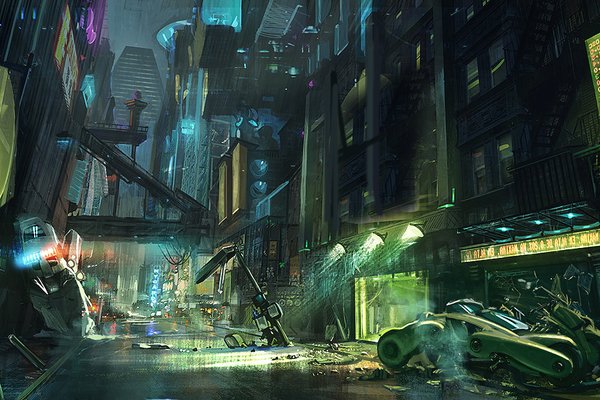 Exceptional aesthetics of Platige Image films, strongly evocative of fantasy, is a hallmark of the studio. The tone for this trend was set by the famous “The Cathedral,” which was nominated for the Oscar in the short film category in 2003. Another animated short by Tomek Bagiński – “Fallen Art” – released in 2004, became even more popular. It received a Jury Award at the SIGGRAPH festival and the British Academy of Film and Television Arts (BAFTA) award in the Best Short Animation category, just to mention a few.

“As a small Polish studio we don’t have an infinite budget and an unlimited army of people,  so we’re not trying to win a race in showing spaceships or superfast trains. We don’t compete by technology and scale of activities, but by our  hands-on experience and smart use of tools  at our disposal. We’re chasing the world, but we give the chase our own spin: a mixture of sophistication and quirkiness. Yes, it’s fair to call us quirky,” adds Marcin Kobylecki, a producer from the Platige Image studio.

One example which serves to prove how effective unusual approach can be was a spot for Sochi 2014 Winter Olympics, directed by Bagiński and his team for the BBC.   The production, showing something vastly different from what is commonly associated with the Olympics, might have been an excuse the ESA decision-makers needed to hire the Poles to direct the ‘’Ambition.’’

Platige Image has become famous owing to trailers and teasers to promote computer games, including the world sensation “Cyberpunk 2077” and the Polish international bestseller “The Witcher” created by CD Projekt based on Andrzej Sapkowski’s novel and distributed in the US by Warner Bros. Interactive Entertainment. 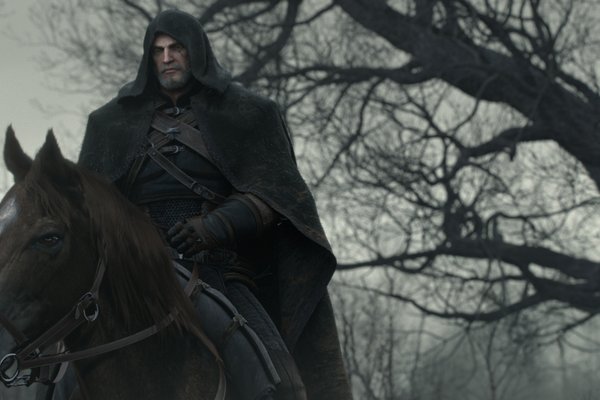 “Our disturbing, gloomy style matches “The Witcher” perfectly,”  says Marcin Kobylecki. “The game intro has made us famous, bearing in mind we are dealing with a truly global industry which is dramatically different from the film sector. Today we are one of the four main film studios creating computer games intros.

Platige Image has stronger links with “The Witcher.” In mid-2014, it was revealed that Bagiński’s studio was preparing its own feature film based on Andrzej Sapkowski’s novel. It is reportedly a drama with actors, rather than an animation. The film is supposed to be ready in 2016. The studio doesn’t want to disclose more details.

Polish artists from Platige Image have also created teasers for a popular Canadian and Irish series “Vikings” produced by the History channel. Protagonists of the series are modelled on Nordic mythology which fits perfectly with Platige Image’s gloomy-fabulous aesthetics.

Platige Image’s fame has spread worldwide, so one day the studio was approached by representatives of the Danish director Lars von Trier, who hired the Polish animation specialists to create special effects for the horror film “Antichrist” and drama “Melancholia”. 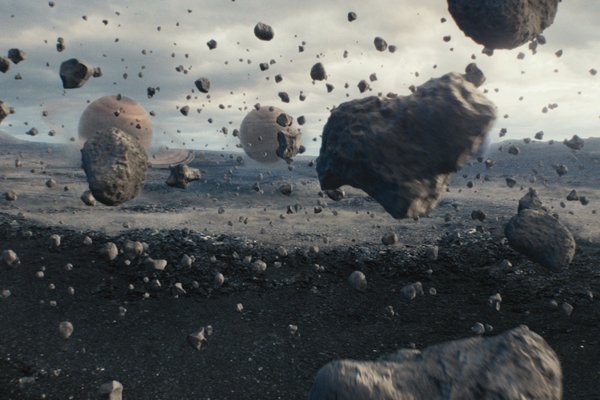 “The name speaks for itself,” says Marcin Kobylecki. “Von Trier is a demanding director who pays attention to every detail in his films and is careful in the selection of co-workers. This is the best recommendation for us.”

Another domain of Tomek Bagiński’s studio activities comprises production of commercials. More than 2,500 spots have so far been created under the Platige Image logo, in cooperation with Poland’s and world’ biggest advertising agencies, such as BBDO, Gray, or Leo Burnett. Since the very beginning, commercial productions have been completed primarily for foreign markets, including the UK, Portugal and the US, for such brands as Lego, Kellog’s, Discovery Channel and Vodafone.