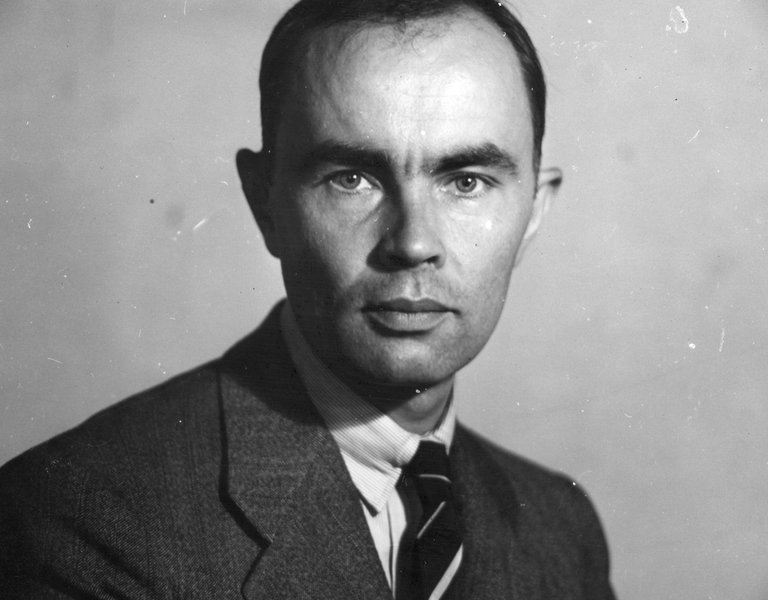 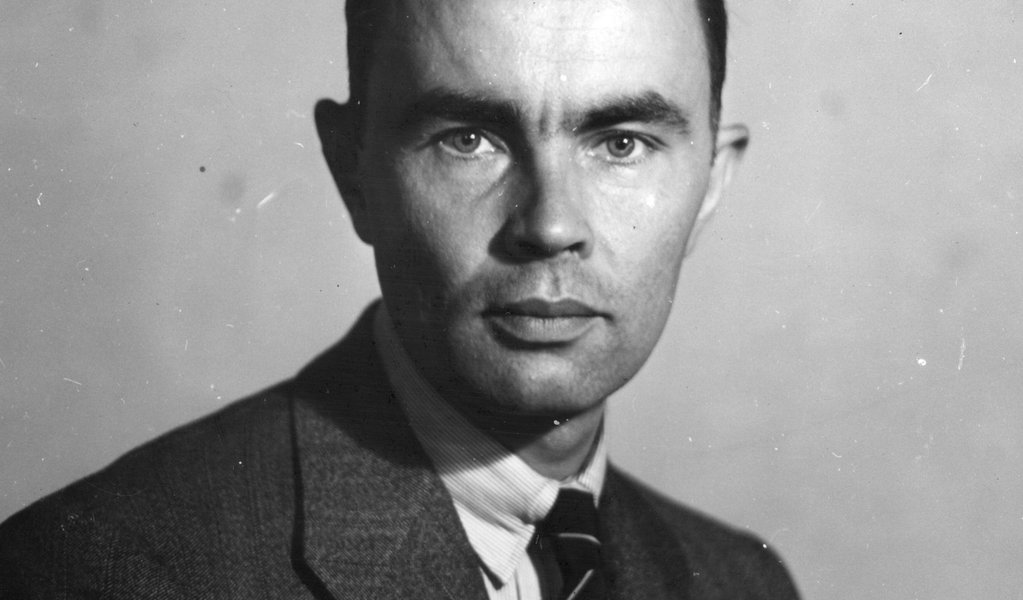 A talented columnist, a skilled diplomat and a "Prince of Reportage"... But not the best of drivers – this is the impression that can be obtained by reading recollections of the life of Xawery Pruszyński, who would have turned 110 this year. On this occasion, the Jagiellonian University together with the French university in Lille have prepared an international conference in Krakow. Poland.pl spoke to its coordinator, Prof. Maciej Urbanowski from the Department of Contemporary Critics at the Faculty of Polish Studies at the Jagiellonian University. 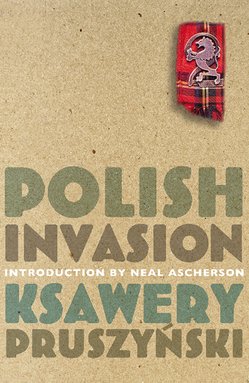 POLAND.PL: The conference you have prepared is titled "The Mysterious Xawery Pruszyński". 110 years since his birth and 70 years after his death, is this renowned writer and diplomat still a mystery? What secrets have yet to be exposed?

MACIEJ URBANOWSKI: Of course, every outstanding writer is always an enigma for readers, and Xawery Pruszyński was certainly someone like that. We are interested in the mysteries associated with his biography, but also his work. It is a mystery to us why Pruszyński is a forgotten writer today, which strongly contrasts with his popularity in the past. His work still remains a mystery – for example, reports from Spain and Palestine, which are particularly well read today. The ideological voltages of the writer are also a mystery. And the circumstances of his death, which still constitute a breeding ground for various conjectures. This question is related to how the life of the writer, who died aged only 43, would have developed should he have lived longer.

In fact, when we look closer at his biography, it actually starts and ends mysteriously. He was three and a half years old when he his father, a landowner from Volhynia, was shot in unexplained circumstances…

Yes, his father died in rather mysterious circumstances, probably motivated by robbery. This was, moreover, a certain precursor of the dramatic fate of the whole family, which had to leave Volhynia after the events of the Bolshevik Revolution. The Pruszyński biography reflects the tragic fate of the Polish gentry in the twentieth century, which history condemned to leave their native lands and wander across almost all of Europe. Pruszynski was himself one of these "homeless" people, born in Volhynia, today's Ukraine, and died in Germany, returning to Poland from The Hague, where he was a diplomat.

During his studies, he became associated with the political circles of Jerzy Giedroyc, later the creator of the Paris-based "Kultura". Who were these young people? 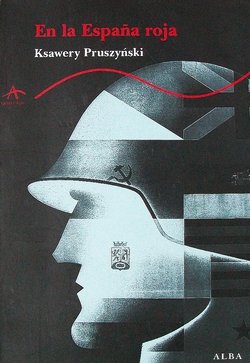 Pruszyński studied at the Jagiellonian University in Krakow, which explains the location of our conference. There he joined the conservatives, he joined the Imperial Thought organisation, he published in the right-wing press, especially in cooperation with Jerzy Giedroyc’s "Bunt Młodych" and later “Polityka”. They both belonged to the same young generation of 1910. Generations of nonconformists, as they were sometimes called, both were sympathizers of the right-wing state, anti-communists, Catholics, but also anti-nationalists. Their ideal was "imperial" Poland, meaning a multinational, and at the same democratic, such as the First Polish Republic. They sympathized with Józef Piłsudski, and after his death they were critical of the evolution of the Sanacja camp. Giedroyc valued Pruszynski, but he distanced himself from his Spanish reports. He later considered his support for the Polish Communist regime a mistake. Nevertheless, they remained in contact after the war. One theory says that Pruszyński wanted to "choose freedom" in 1950, then - like Czesław Miłosz - he would probably have been a partner of Giedroyc.

In the 1930s, Xawery Pruszyński was an active reporter, he was a correspondent in Germany, Palestine, and finally - Spain. And here is another mystery - why did the conservative Pruszyński decide to support the "red" communist side of the civil war in Spain instead of Gen. Francisco Franco, who was supported by most of his friends from student times?

Reports produced by Pruszyński are probably the most vital part of his achievements. They are still interesting, because Pruszyński had great literary talent, he was an excellent observer, and at the same time in a surprising way combined modernity with history. He wrote well about Poland, but also other countries. This was also the case with his relationship with the civil war in Spain. Pruszyński was supposed to have reached the supporters of General Franco, but he remained on the Republican side, which he described not without some sympathy, which caused a scandal. But he also very clearly saw the threats that flow from the revolution itself, as well as from the communist ideology, and especially from the involvement of the Soviets on the republican side. That is why his reporting in Communist Poland was not published. He was banned.

After the defeat of 1939, he managed to get to Hungary, then to France, and finally, with the Highland Brigade, he found himself in Narvik. His reportage book The Road through Narvik published in London later is probably his best known today.

I do not know if this book is well-known today, but it surely was at some point. Pruszyński knew how to describe the wartime effort of Polish soldiers. He was referring to the tradition of Henryk Sienkiewicz and the noblemen's narration. He paid homage to the fighting Poles without pathos.

The war period also included work in the diplomatic corps of the Polish government in exile, but also authentic military involvement, when in the ranks of the 1st Armoured Division commanded by General Stanisław Maczek, Pruszyński fought in a tank at Falaise, in August 1944, he was seriously wounded. These events apparently determined his post-war fate.

I think so. Also important for him was the experience gained in the diplomatic work of the Polish government in exile. In the years 1941-1942 he was the press attaché of the Polish Embassy in Kuibyshev in the Soviet Union. He got to know the Soviet system from the inside, experienced the modern warfare first hand. This probably led to his ideological evolution and the decision to return to the country, which the communists began to rule.

And yet another mystery, his return to communist Poland. Why did Pruszyński decide to take this step? Was this the effect of his Realpolitik, or is it rather the effect of talks with communist representatives? 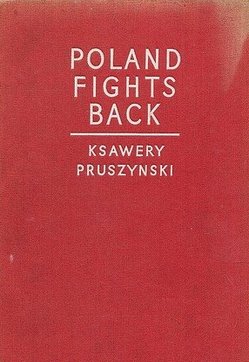 This is one of the biggest mysteries of his political biography. After returning to the country, he wrote an apologetic book about Aleksander Wielopolski, which in fact was the justification for his decision, which many regarded as betrayal and collaboration. Pruszyński was on the side of Realpolitik, anti-romantic, anti-insurrectionary, aware that the Soviet Union is a power, and the West will certainly not come to the aid of the Poles. Probably he thought that this was the only way to save Polish identity. Let us remember that he saw first hand what the Bolshevik revolution constituted in the Polish Eastern Territories, and then in Spain. Pruszyński had a good political instinct. His debut book aptly predicted the place where the Second World War broke out: Sarajevo 1914, Shanghai 1932, Gdańsk 193?. But of course he was no Wielopolski. He probably doubted this himself, if it is true that he wanted to "defect" from the diplomatic post of the Polish People's Republic.

Mystery also envelopes the Xawery Pruszyński's death - on June 11, 1950, he was seriously injured in a car accident on a motorway in Germany and died on the way to the hospital. Apparently he was not the best of drivers, but the rumour is still alive today that he was murdered - according to some by communists wanting to get rid of an uncomfortable diplomat, according to others by agents of the Polish government in London, wanting to punish betrayal. What is your opinion on this subject?

I am inclined to believe the version that it was an accident. There was never any evidence that it was an attempt to take his life. Jerzy Giedroyc also rightly pointed out that the communists had no interest in such a crime. Pruszyński was not such a valuable acquisition for them. The idea that he was killed by agents sent by the government in London is even less plausible. 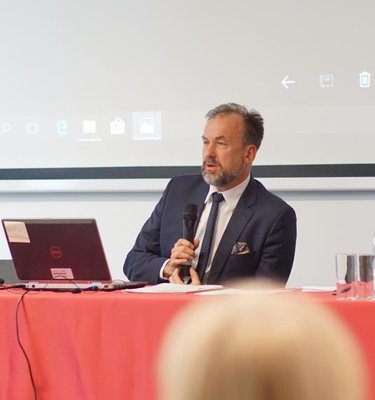 Literary historian and literary critic, co-founder and editor of the “Arcana” bimonthly. Chairman of the jury of the Józef Mackiewicz Literary Award, juror of the Identitas Award, the Central European Literary Award Angelus and the Marek Nowakowski Literary Award. He is the author of, amongst others: Człowiek z głębszego podziemia. Życie i twórczość Jana Emila Skiwskiego (‘A Man from the Deeper Underground. Life & Works of Jan Emil Skiwski’, 2003) and Szczęście pod wulkanem. O Andrzeju Bobkowskim (‘Happiness under the Volcano. On Andrzej Bobkowski’, 2013). For the Ministry of Foreign Affairs he prepared an anthology titled Europejskie wizje polskich pisarzy w XX wieku (‘The European Visions of Polish 20th Century Writers’, 2011) as part of the European Unity Library series.