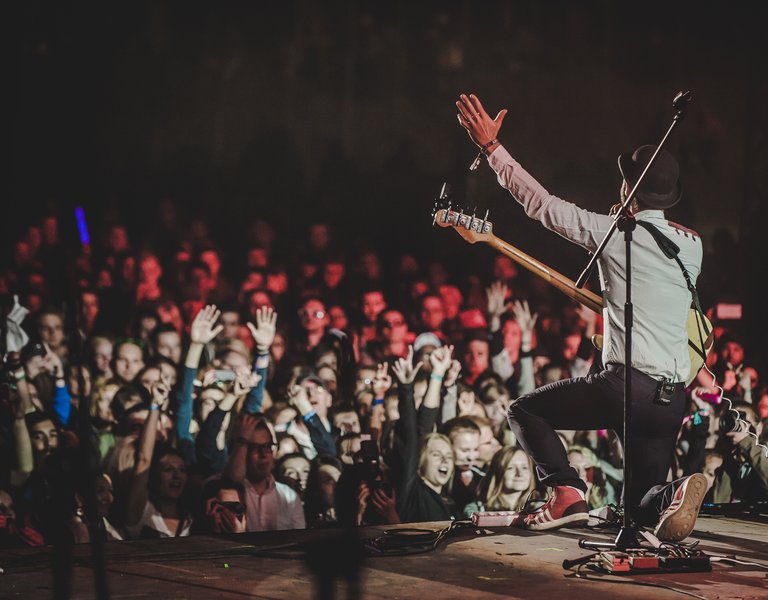 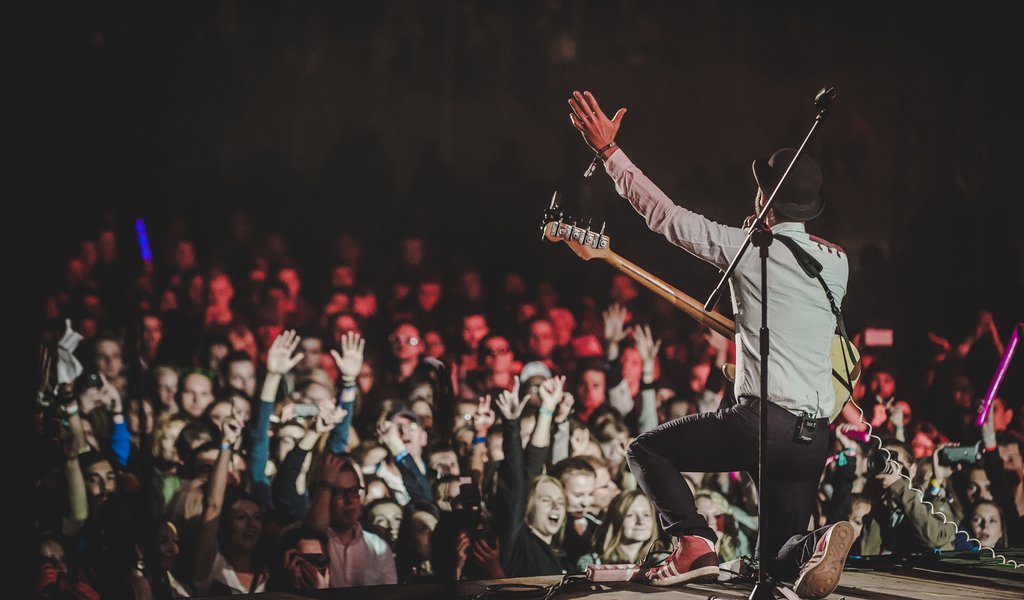 Carlos Santana, Robert Plant, Patti Smith and The Prodigy will be the stars of summer music festivals, attracting thousands of fans from around the world to Poland.

Since several years, Polish festivals have featured a long list of great names, increasing their reputation as the best ones in Europe. Being compared to the Danish Roskilde, Baltic Open'er has become a solid brand. However, the British The Guardian lists, in a guide published at the end of June, the Katowice OFF Festival among the best non-UK festivals. Its 10th edition will feature, among others, Patti Smith.

In mid-June (12-14 June), the capital will host guests of one of the biggest summer festivals in Poland – Orange Warsaw Festival, which returns from the National Stadium to the Służewiec Horse Racing Track. Music critics hope that the move will make it take on a more festival character and become one of few such events in the very centre of the European capital. The first day will feature: Noel Gallagher's High Flying Birds established by one of Oasis’ founders, Papa Roach and The Chemical Brothers. The headliner of the second day of the festival will be a Brit girl with Spanish-Jamaican roots – FKA Twigs, while of the third day – Muse, Parkway Drive and Cosovel. Apart from foreign stars, the best Polish artists will perform on stage, such as Nosowska – both alone and together with Hey, Łąki Łan, Maria Peszek or Mela Koteluk. The festival town will be open from 2 pm to 4 am.

Just two days later, on June 16, one of major festivals this summer – Live Oświecim Festival, starts in Małopolska. It was founded in 2010 as an attempt to do away with negative connotations of Oświęcim as a location of the Auschwitz-Birkenau German Nazi camp during the Second World War. The attempt has been successful, as evidenced by a wide range of stars who will appear on stage. In recent years, the festival featured, among others, Sting and Eric Clapton. The message of the event is to establish peaceful relations across cultural and national boundaries. This year, the stadium of the Municipal Centre for Sports and Recreation will host, among others: an Irishman, Chris De Burgh; a Frenchman of Spanish origin, Manu Chao, known for his “King of the Bongo”; Jessie Ware and a British reggae band – UB40. The festival will last five days, until 20 June.

July will belong to Baltic localities. On 4 July, the Zatoka Sztuki Beach Club, which is located just between the Sopot beach and the Północny Park, will host Lotto Music inaugurated by a concert of Skin, the lead singer of Skunk Anansie – a British band, known for, among others, her “Hedonism”. On 10 July, Kayah – a Polish singer, will appear on stage, while on 17 July – a Frenchman, Bob Sinclar, known for his “Love Generation”, and on 23 July – a Jamaican, Sean Paul, whose reggae-rock hits from over a decade ago – “Breathe” and “I'm Still in Love” – are still regularly played on radio stations around the world. Following the programme of Lotto Music, Hey or Afromental are about to perform as well. 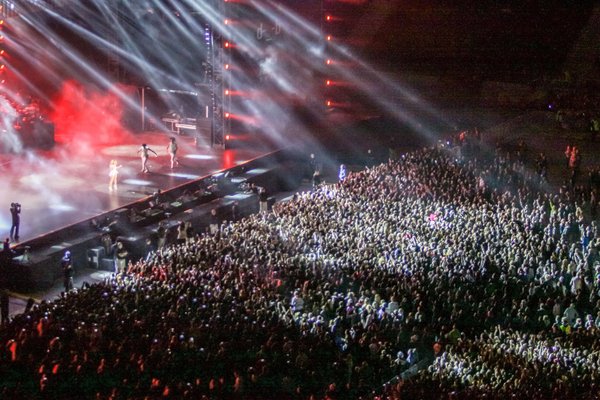 However, it is the most famous Polish festival which will attract the largest audience to Tricity. Open'er starts on 1 July at the Gdynia-Kosakowo Airport and lasts four days. The headliners of the 14th edition of the great feast of music will be The Prodigy, Drake, Mumford And Sons, Kasabian, St Vincent and Hozier, i.e. also composers of new music who are just making their way in the world of major labels. In addition to names and bands, which are not yet so widely known to the public, Gdynia will host, among others, also: Pete Doherty together with The Libertines, Swans or Alabama Shakes. Nevertheless, Open'er does not attract people with superstars, such as already invited Lauryn Hill, Pearl Jam, Blur, Rihanna or Bjork, but rather with its atmosphere. In particular, this is the atmosphere with which its organisers tempt people, as Polish “Roskilde” is a celebration of youth, freedom and summer.

This year, at the same time as Open'er, another important seaside festival is to be held. On 3 July, Dolina Charlotty in Słupsk will host the two-day Rock Legend Festival, featuring such stars as ZZ Top and Carlos Santana. On 21 July, nearly three weeks after the festival, the amphitheater will play host to Robert Plant, the former lead singer of Led Zeppelin, who willingly goes back to their hits on stage. Great rock legends prove the growing position of the festival held at the amphitheater in Słupsk. The festival’s previous eight editions hosted such stars as Ray Manzarek and Robby Krieger of The Doors, Thin Lizzy, Deep Purple or Nazareth. This year's guests are of similar format to Bob Dylan who visited Dolina Charlotty last year.

At the end of July, it is worth visiting Płock which hosts the Audioriver Festival from 24 to 26 at the Vistula River bank, featuring such stars as Roisin Murphy, Underworld or Simian Mobile Disco.

The already mentioned OFF Festival – recommended by The Guardian – will surely be the strongest accent of August. The event, which was held for the first time 10 years ago, has become such a solid brand among fans that they buy tickets prior to announcing its programme. They are never let down. This year, which is in fact the Jubilee year, they will hear Patti Smith, a singing poet who went down in music history with, among others, her “Because the Night”, Run The Jewels, Ride or Residents. Apart from classics, there will be electronic, indie rock sounds and – as befits a festival with “off” in its name – brand new music trends.

New music, as the name suggests, will be performed also by stars of the Katowice Tauron Nowa Muzyka Festival to be held from 20 to 23 August at the Silesian Museum in Katowice. Organisers tempt people with the programme which offers a blend of electronics, alternative pop, hip-hop and guitar music. The event will feature: Portico, Objekt, Vessels, Apparat or Kiasmos .

At the same time – from 22 to 23 August – the Błonia Park in Kraków will play host to the Kraków Live Festival, featuring the following – perhaps a bit less alternative, but equally original – artists: Kendrick Lamar, Foals or Future Islands. The event, which was known as the Coke Live Festival for many years, returns after a year-long break with a completely different repertoire. The Coke Live Festival used to attract people with mainstream music – Rihanna, Lily Allen or Timbaland. 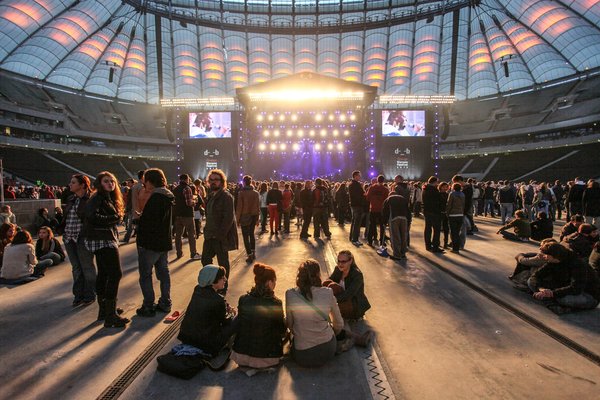 Music summer in Poland is more than just festivals. Stars and bands will arrive at Vistula River to give individual performances. On 8 June, the Tauron Arena in Kraków will host Faith No More, the ‘90s rock icon, known, among others, for “I'm Easy”. On 27 June, a classic heavy metal star from Britain – Judas Priest, will play at the Atlas Arena in Łódź. On 13 July, the Tauron Arena in Kraków will play host to Mark Knopfler who won his fame as a member of Dire Straits, while on 25 July – the National Stadium in Warsaw will host AC/DC – an Australian rock band. On 8 August, a real treat awaits fans of Lenny Kravitz who will perform at the Ergo Arena in Gdańsk. Another rock star – Linkin Park, will play a concert on 25 August at the stadium in Rybnik, while at the end of September (29 September) – Eros Ramazzotti, an Italian rock star, will sing at the Tauron Arena in Kraków.