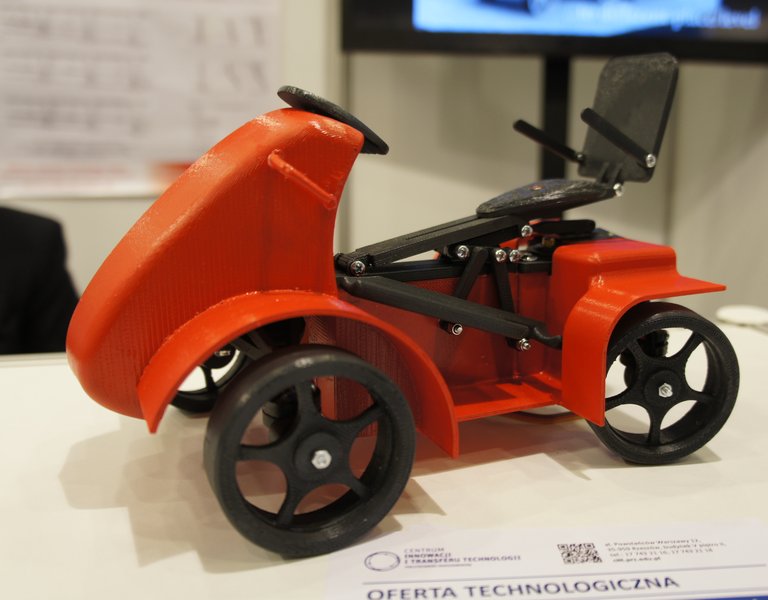 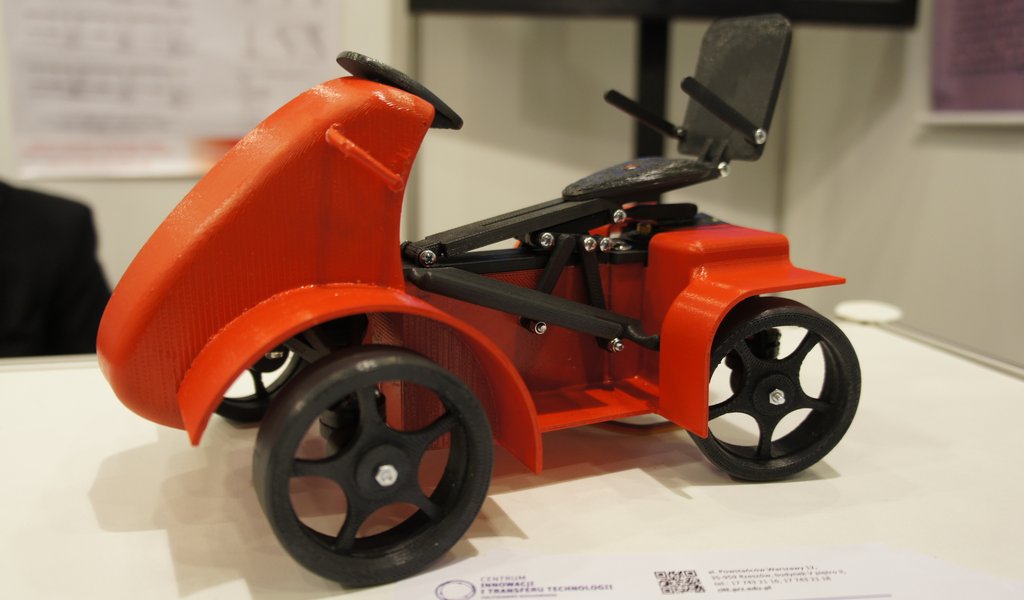 In 2014, a massive 130 Polish inventions won awards and medals at international exhibitions. All those exceptional innovations were put on display at the Copernicus Science Centre during an Invention Fair in late February.

A waistcoat with thermoregulatory properties, fabrics that protect from electromagnetic radiation, a dietary supplement designed to help prevent Alzheimer’s disease, and mirrors that self-adjust to a motorcyclist’s riding position—all those innovations have been acclaimed at exhibitions around the world, including Geneva, Nuremberg, Brussels, Seoul, Taipei, Sevastopol and Kuala Lumpur.

“It’s not difficult to hit upon a brilliant idea. The real challenge is to get such an idea to materialise, build a prototype, and that’s exactly what the excellent inventors gathered here have managed to achieve,” said Professor Włodzisław Duch, undersecretary of state at the Ministry of Science and Higher Education, speaking at a ceremony to award ministerial diplomas to Poland’s best innovators. “Polish inventors are recognised abroad, which makes us particularly proud,” added Professor Duch. 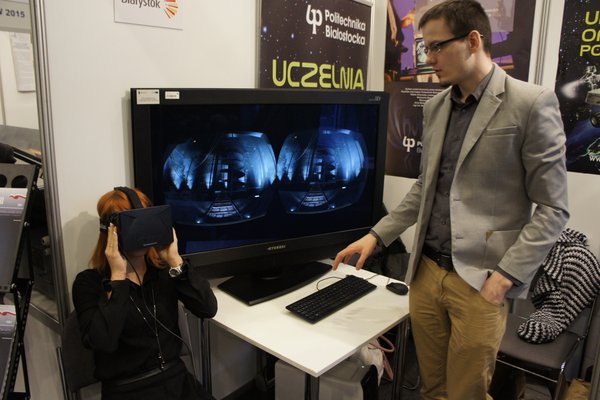 The Invention Fair at the Copernicus Science Centre in Warsaw featured inventions in the fields of engineering, medicine, materials technology, food production technology, robotics and nanotechnology. Their authors are scientists working at outstanding science centres, including numerous universities, more than 100 research institutes, and Polish Academy of Sciences facilities. The spotlight was turned on very young inventors—secondary school pupils—who each year represent an ever larger group among exhibitors.

“The invention that we’ve come up with at our school involves a universal remote control system that enables disabled people to switch on and off power in a variety of electrical appliances,” Olgierd Kowaliszyn, a student of the Jan III Sobieski Group of Schools No 6 in Jastrzebie Zdroj, where an innovative system called ESKONzO was developed, told Polska.pl. “The system can be controlled with a computer, as well as a joystick manipulated with the mouth by a disabled person. Thus, paralysed people can turn on and off a TV set or a bedside lamp on their own, without their families’ or carers’ help.”

The authors behind the idea are Tomasz Kropiwnicki and Franciszek Kucharski, 4th grade students in a technical secondary school at the Group of Schools No 6, who in 2014 were awarded for their invention in as many as six countries, among others in Brazil, Germany and Belgium. The other awarded invention from Jastrzebie Zdroj is a “torch for blind people,” which helps protect the upper body, especially the head, from hitting against obstacles undetectable with a stick used by the blind, such as road signs and branches. 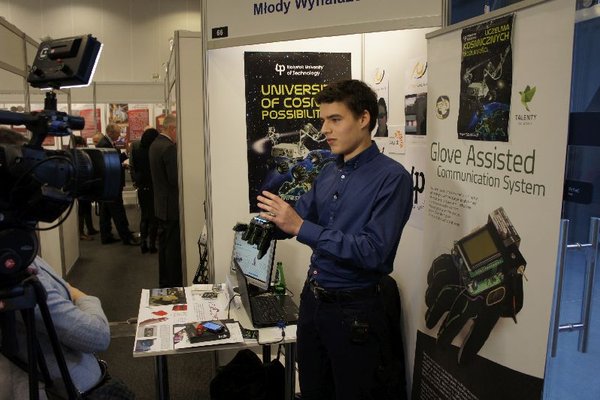 “This device alerts the user to the obstacles ahead, using sound signals,” explains Zbigniew Pałasz, the inventors’ tutor. “We’ve now got a patent procedure pending for that, and will be soon launching extensive tests of our devices by disabled people. We would wish to start producing this solution any time soon.”

Launching serial production soon is also what Bartosz Ambrożkiewicz, a student of the Hipolit Cegielski Group of Transportation Schools in Poznan, intends to do with his own invention.

“The smart mirrors system automatically adjusts the angles of motorcycle rear-view mirrors to the motorcyclist’s position. And he or she needs to bend forward to avoid air resistance at higher speeds,” explains Bartosz Ambrożkiewicz. “The device is equipped with a sensor that sends out an infrared beam to monitor the driver’s current position, while the angle of the mirrors is calculated by a microchip that runs my own algorithm,” adds the inventor. 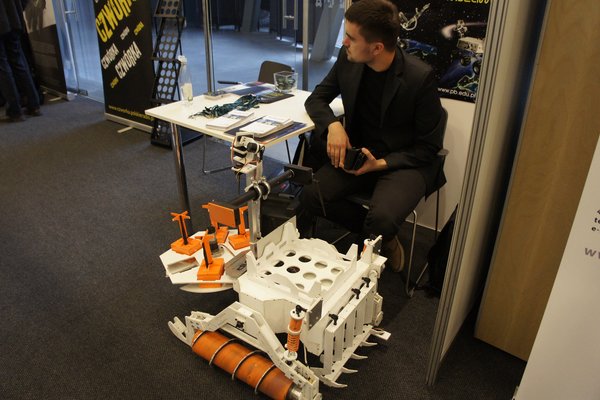 The Invention Fair also featured medical solutions, including a dietary supplement that prevents the progress of Alzheimer’s disease or inhibits its growth. The solution has won a gold medal with distinction at Brussels Innova, an innovation fair taking place in Brussels.

“Developed in partnership with our Institute, the dietary supplement is a mixture of short peptides that prevent the accumulation of beta-amyloid, a harmful protein responsible for Alzheimer’s,” says Monika Ruszkarska of the Polish Academy of Sciences’ Medical Research Centre. Other co-authors include: Cluster for the Treatment of Pain, Mazovian Peptide Cluster, the Institute of Homeostasis, and the Industrial Chemistry Research Institute. The new dietary supplement is now undergoing clinical trials, emphasises Ms Ruszkarska. If they are successful, the invention will be allowed to be marketed.

“Apart from creating a novel solution, you also need to bring it successfully to market,” stresses Professor Duch. “This is what an increasing number of innovation incubators, technology transfer centres and innovation brokers are doing in Poland, helping innovators transform their inventions into market products,” he adds.