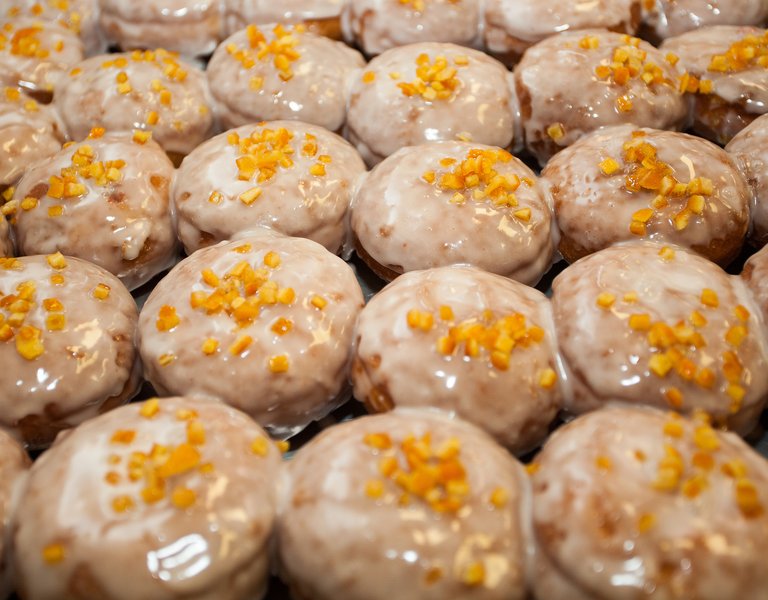 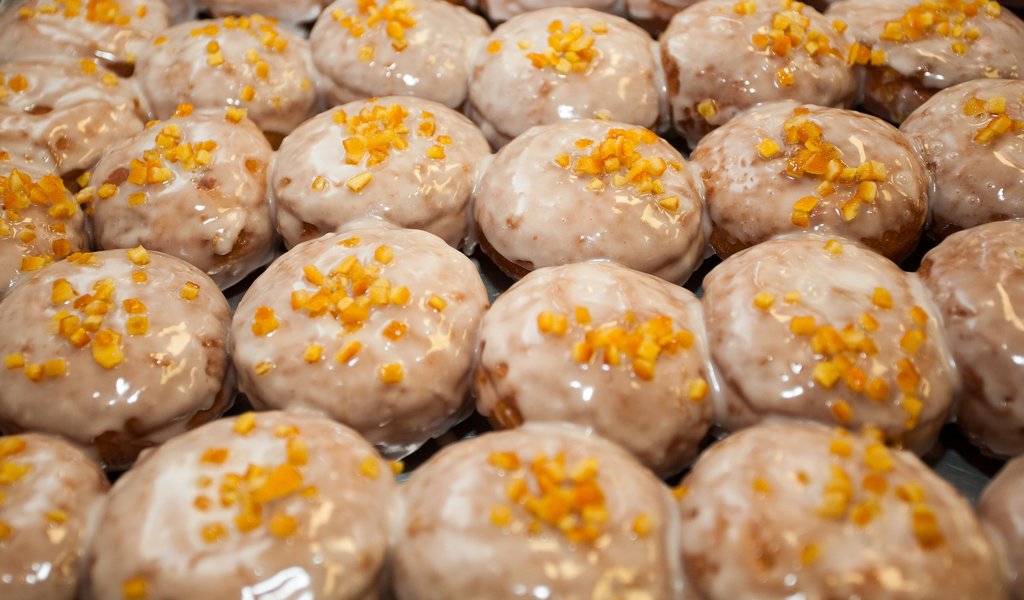 Fat – but not always sweet – Thursday

For many foreigners, the most vivid memory of their visit to Poland at the tail-end of winter will be the image of long queues outside confectionaries on the last Thursday of carnival. While doughnuts are eaten during the carnival season all across Europe, it is only here that they are celebrated so uniquely.

The licence to eat to your heart’s content towards the end of the carnival period goes back to the times of ancient Rome, when people would stuff themselves with fatty, savoury pastries. In Poland, Fat Thursday has been celebrated since the late Middle Ages. 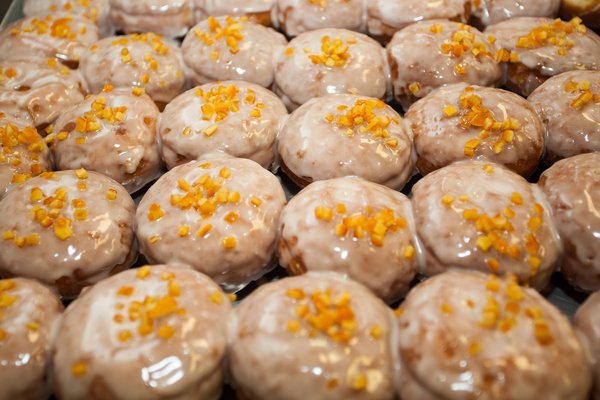 It was believed to equip the body with a reservoir of energy for early spring. “It was a time for merrymaking and indulging in foods, because it would be soon followed by Lent fasting, which was very strictly observed,” says Klara Sielicka-Baryłka, ethnographer and assistant professor at the State Ethnographic Museum in Warsaw. The sweet doughnuts that we know today made their way to Poland in the 18th century. It was said that they were so light that the wind could blow them off a plate. At the time, Polish doughnuts weren’t sweet – they were hard, heavy and salted, adds Klara Sielicka-Baryłka.

The predecessors of today’s doughnuts went by different names depending on the region. In some parts of Poland they were called bliny and bałabuchy, while in Silesia they were known as kreple, after the German word Krapfen, which meant deep-fried pastry. They were first mentioned in the 16th century Leopolita’s Bible, and later in the Gdansk Bible from 1632, while Mikołaj Rej, a Polish Renaissance poet, used these words to describe the sociological dimension of the doughnut: “the lower ordre baake kreple, wile the jantyll men doth kakes.”

It was during Rej’s lifetime that the doughnut transformed itself from the savoury to the sweet variety. It also became more rounded and less heavy at the turn of the 17th and 18th centuries. “You could bruise someone’s eye with an old-fashioned doughnut, should you choose to throw it at them; nowadays the doughnut is so fluffy and light that, even if it would be squeezed in the hand, it would expandagain to its natural form, and could be blown away from a platter by the wind,” was an account of this metamorphosis by the 18th century memoirist and historian Jędrzej Kitowicz in his Opis obyczajów i dziejów za panowania Augusta III (Description of Customs and History during August III’s Rule). 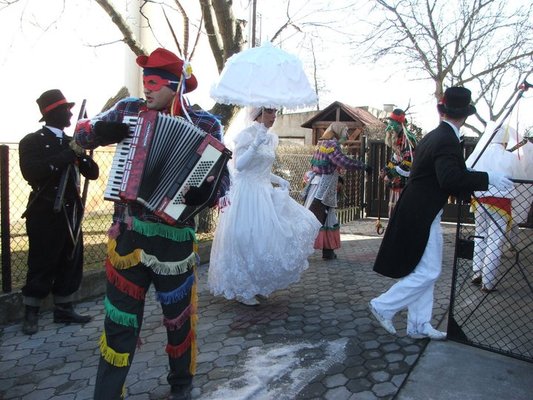 The origins of Fat Thursday are obscure. We do not know why the time for no-holds-barred gluttony fell exactly on the sixth day before Ash Wednesday, which marked the beginning of Lent. Some say the reason was to bypass Friday, which was traditionally meatless.

The inhabitants of Krakow have their own Fat Thursday legend. According to the regional lore, the Thursday doughnut eating tradition marks the death of Combr, a mayor who in the 18th century made life miserable for Krakow’s Main Square female vendors. On his orders, Krakow municipal authorities would often impose steep fines on the women and, when he was in a sour mood, he would have them thrown into prison, sometimes even for several days at a time. When Combr fell ill and died on the Thursday preceding Ash Wednesday, the city was swept with joy and a raucous street carnival ensued.

From that time onwards, low-born women celebrated the day of the mayor’s death each year. “Combr’s Thursday” was a popular custom until the mid-19th century. 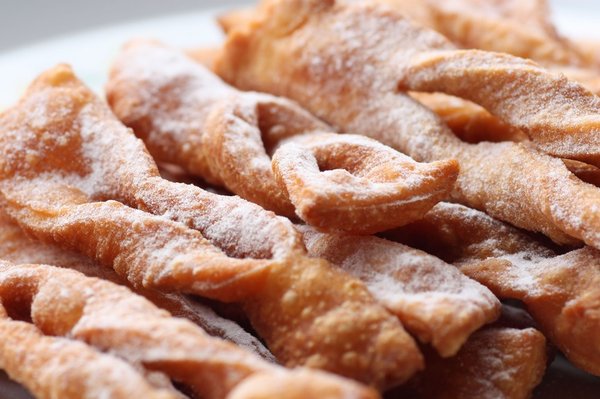 In addition to increasingly lighter doughnuts, which were still nowhere close to the sugary, crème, preserve and custard-filled ones eaten for example in Florence, Poles would eat faworki, or chrust. But they, too, were far from today’s light-as-a-feather, crisp, sugar-powdered pastry ribbons. Back in those times, they resembled deep-fried cakes. “Faworki as we know them today are an elegant mix of yolks, which used to be a luxury food item, hence village people would make them just of flour, adding traces of butter,” says Klara Sielicka-Baryłka, who has researched carnival customs in different Polish regions as part of the Carnival King of Europe project, carried out by scientists from a number of countries under the EU’s Culture Programme 2007-2013.

Although the French high court fashion sweetened Fat Thursday’s menu for good, in some places savoury doughnuts traces. Near Czestochowa, they would go together with drop scones; in Masuria, with cakes called prince. In pre-war Wroclaw, a Fat Thursday menu featured salted herring with bacon and dill pickles. In 2011, Łukasz Blikle, the then boss of Blikle, Warsaw’s most famous patisserie, decided to revive the culinary custom of doughnuts filled with pork fat and onion. The idea did not catch on, though, and today Blikle mainly sells its famous doughnuts with rose preserve.

A tradition lives to this day in Poland, which says that those who fail to eat a doughnut on Fat Thursday will bring misfortune upon themselves for the whole next year to come.

Housewives in some Polish regions stuff a single doughnut with an almond or a nut—if you find it, it is considered to be a good omen.

A Pole eats on average 2.5 doughnuts on Fat Thursday.

A medium-sized doughnut with rose preserve, decorated with icing and orange peel, has a calorific value of 400 kcal.

According to contemporary standards, the ideal doughnut should be gold coloured, with a slightly brown crust; the ring that appears when a doughnut is fried and turned over must not be too wide or too light, which is a sign that the frying oil was fresh. Doughnuts are sprinkled with icing sugar or iced.