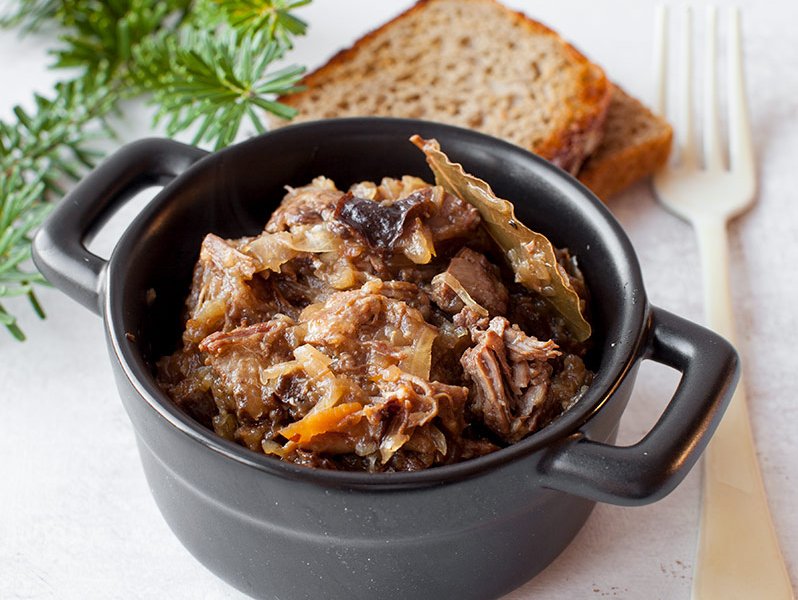 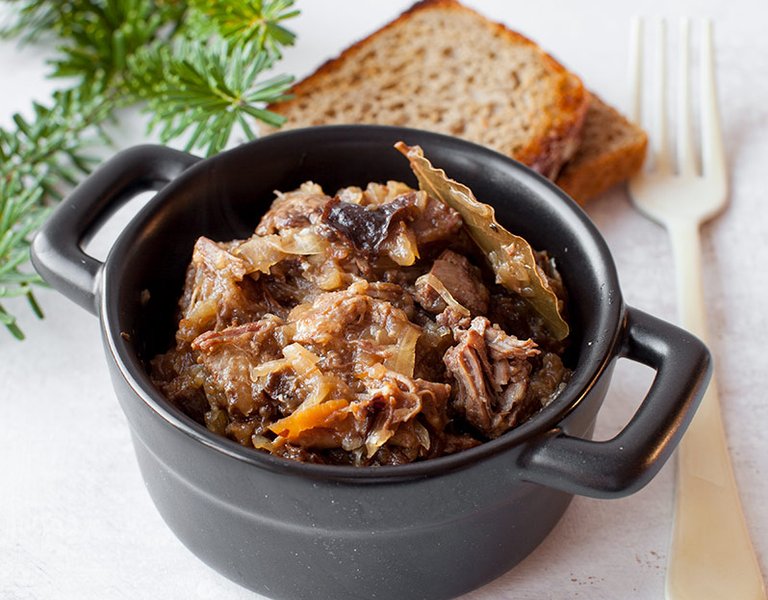 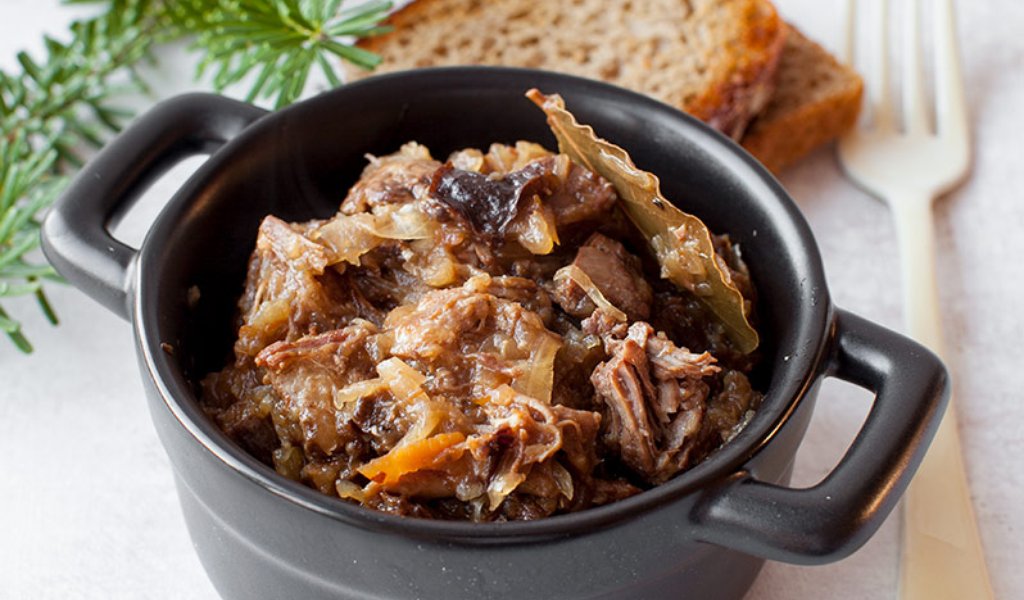 Into large, thick-bottomed pot place bacon diced into approx. 1.5 cm nuggets (from which rind and gristle have been removed). Fry on low covered approx. 10-15 minutes until it simmers in rendered fat and browns, stirring from time to time.

Heat bigos, bring to the boil, reduce heat and simmer under cover for about 1 hour, stirring occasionally. Set aside to cool to room temperature and refrigerate once again.

Rinse prunes and dice. Peel apple, cut into quarters, remove and discard core portion, dice and add to bigos together with diced prunes. Simmer on low under cover about 45 minutes, stirring occasionally. It can be kept in fridge for up to 2 weeks after bottling.

You will find an original recipe in Polish HERE. 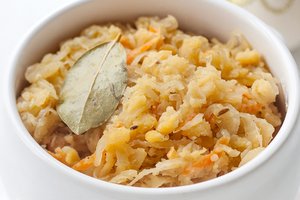