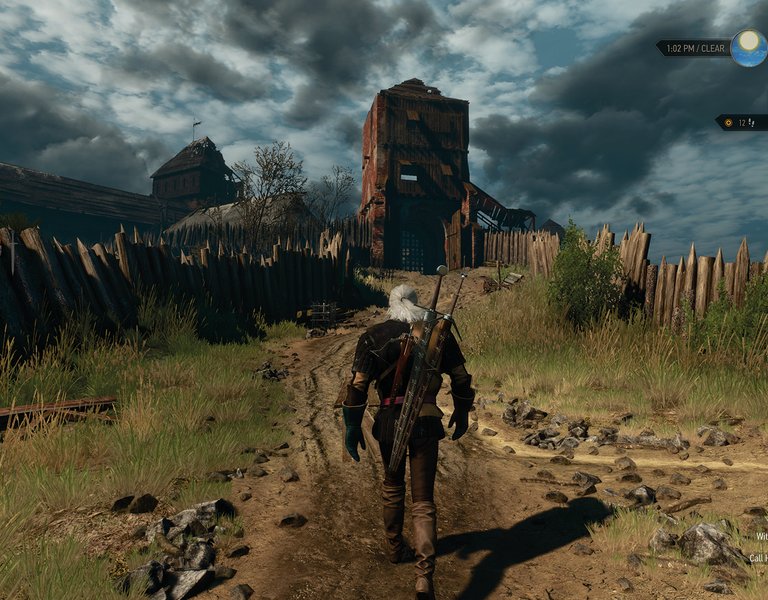 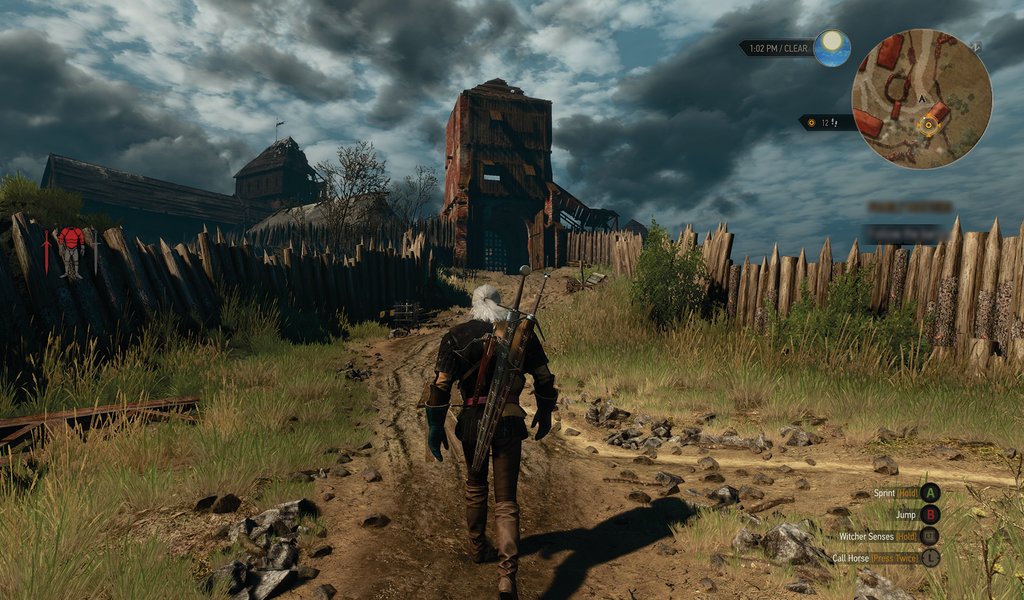 19 May is the date the third instalment of the best-selling video game created in Poland will be released. The Witcher 3: Wild Hunt is coming. Polska.pl had the opportunity to take a peek at the last stage of work on the super production.

A week before the release of The Witcher 3, the seat of CD Projekt Red in the Warsaw's Praga Północ is bustling with life. The creators – about 250 persons in total who worked on the game at various stages of the production – follow the first reviews. The tensions are running high, even though the first – and probably the most important – review published by gamespot.com, the largest gaming website in the world, gave the game the score of 10 out of 10. The website emphasized that it awarded the maximum rating only for the eighth time in its 19-year-long history. 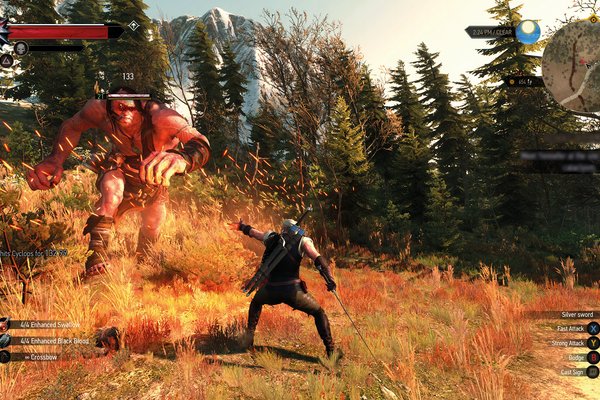 A week before the release of The Witcher 3, the seat of CD Projekt Red in the Warsaw's Praga Północ is bustling with life. The creators – about 250 persons in total who worked on the game at various stages of the production – follow the first reviews. The tensions are running high, even though the first – and probably the most important – review published by gamespot.com, the largest gaming website in the world, gave the game the score of 10 out of 10. The website emphasized that it awarded the maximum rating only for the eighth time in its 19-year-long history.

No wonder that today the production budgets and revenues of games exceed the budgets of films shot in Hollywood. 'In 2009 we saw the release of Avatar by James Cameron, a breakthrough film production in terms of special effects, and of a new title from the Call of Duty series. In the course of the week since the release, the game earned seven times as much as the Cameron's film – and remember, we're talking a bout a sequel!,' explains Radek Grabowski, who is the PR expert at CD PRojekt Red.

The third instalment of the story about the monster hunter even has a poster in film style. The poster was prepared by Poznań-based graphic designers: Grzegorz Domaradzki “Gabz” and his twin brother Krzysztof, who work for such Hollywood-based studios as Paramount or Warner Bros.

Konrad Tomaszkiewicz, the game director, explains that this is where the similarities with film directing end, because he directs something what the players will then be able to direct themselves.

'When you read a book or watch a film, you are a passive recipient of the story. In the case of games, you experience the so-called immersion phenomenon – you get drawn into the character you seen on  screen. Also, as in real life, you can't predict all consequences of your decisions,' he says in his interview with Polska.pl.

After three and a half years spent working on the third Witcher, the 33-year-old Tomaszkiewicz sometimes wakes and thinks what would Geralt of Rivia do in the given situation. What would he think? It's a bit tiring, but it's not enough to discourage him from working. 'After all these years I have this feeling that I do what I love best, and what is my passion. There can be nothing better,' he says. 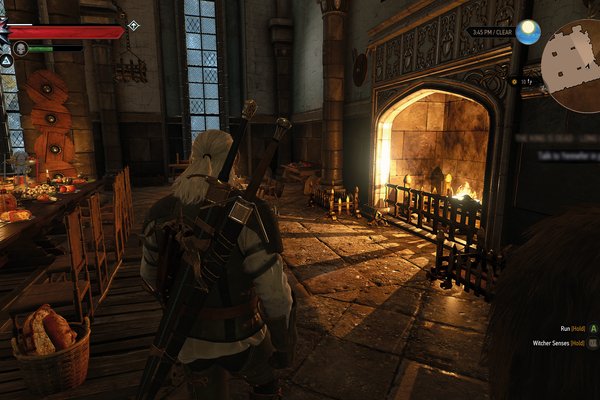 Even though he's one of the best game directors in the world today, he came close to becoming a doctor. As a son of a doctor, he was a top student of medicine – both in theory and in practice. He has fantastic manual skills, he would probably be a great surgeon. But that was not what he loved. While he could pass any exam with flying colours with only two days of learning, when he started working as a tester at CD Projekt Red during his fourth year, his mind kept coming back to games. During his last years of studies he skipped classes and signed up for evening practice at the hospital, so that he could work during the day. After the sixth year, he put his medical diploma (with a good final grade) in the drawer.

In his work, he also uses his experience as a karate, aikido and capoeira practitioner. They help with the choreography of fights that Geralt participates in so often.

At the beginning, his family was appalled with his choice of career. Today they are proud of both him and his brother. Mateusz, seven years younger than Konrad, is a sociologist by education. At CD Projekt Red Mateusz leads the team that designs quests, that is individual adventures in the given game. The entire team is quite vivid. A carpenter is their best animator, and an economist – their  best programmer, currently working from Canada.

Today, on the day just before the global release of The Wither, when each and every adventure of Geralt is ready, the CD Projekt Red team still has a lot of work. They are now working on add-ons  to the game, with the first one (ten-hour-long) will be released this year, while  another one, twice as long, will be released in  2016.

The critics expect a record sale after The Witcher 3. For now, the leading Polish company is the Wrocław-based Techland, publisher of e.g. the Dead Island series that enjoys a player-base of about 10 million all over the world. Experts say that the new Witcher might break this record, making CD Projekt Red the new market leader. While the previous two instalments of The Witcher sold in 8 million copies in total, but the gaming industry expects more from the third instalment. 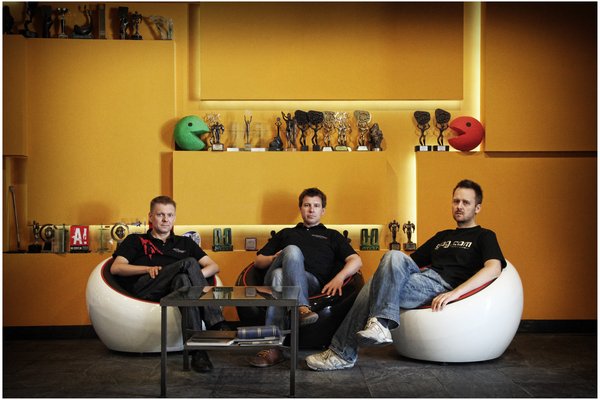 The exact size of the budget of the new Witcher hasn't been released, but we know that it's bigger than of the two previous titles. The first instalment, published in 2007, cost PLN 20 million (almost EUR 5 million), while the second one – The Witcher 2: Assassins of Kings (2011) – PLN 33 million (about EUR 8 million). The  company can afford it, because only in 2013 it sold games for PLN 142 million, with PLN 14.9 million of net profit, and in the first half-year of 2014 its revenues reached PLN 75 million, with aprox. PLN 4.6 million of net profit.

For the past few years Poland has proven itself as a powerful force in video game production thanks to The Witcher. According to Newzoo analysts, the Polish gaming industry reached a revenue of approx. $280 million in 2014, which gave it second position after Russia  ($1.14 billion) in CCE and Russia, and twenty-third position in the world. However, United States is still in the lead in the  gaming industry, earning $13.2 billion per year.