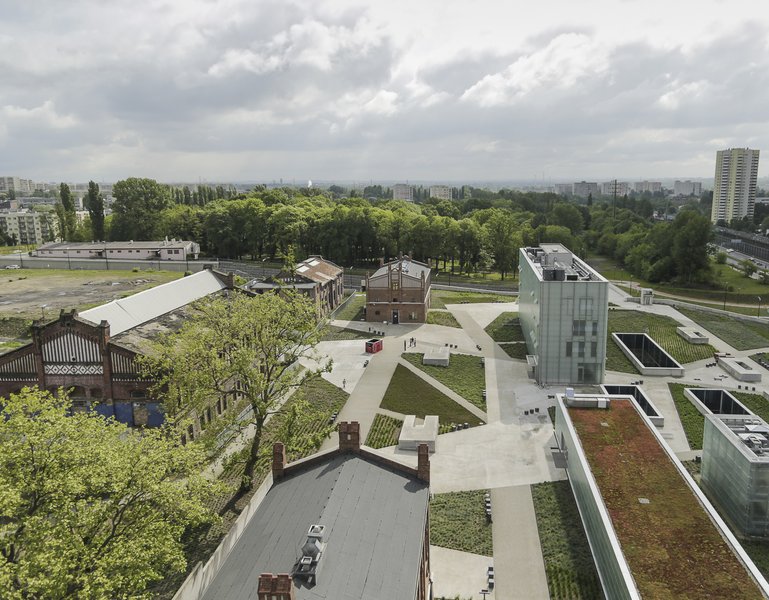 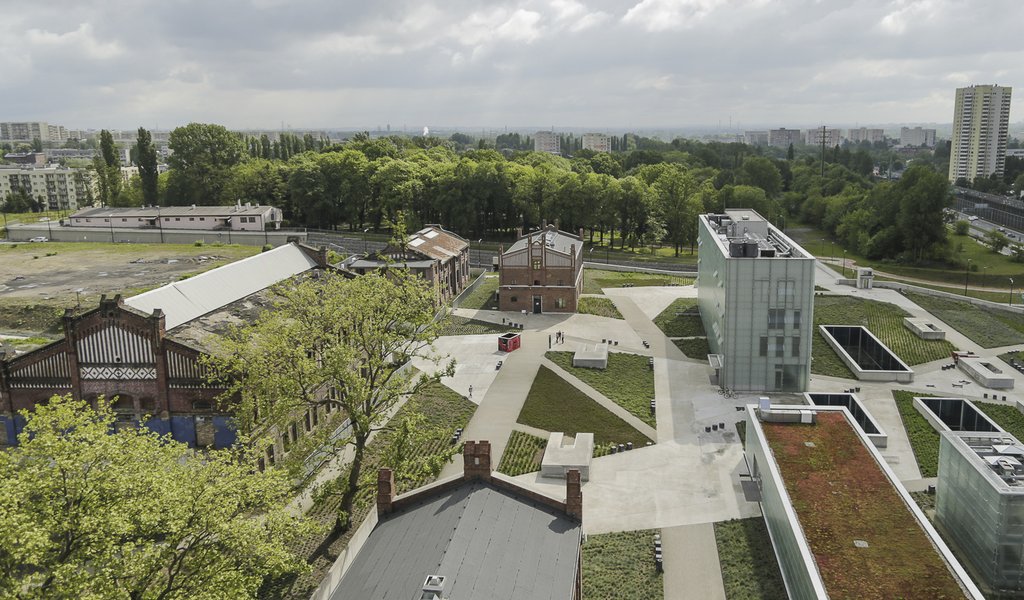 Museum at coal mine site

The opening ceremony of the Silesian Museum in Katowice will present eight exhibitions, including five temporary ones. After over 30 years in the city centre, the Museum is moving to a new building at the site of the former “Katowice” coal mine, closed down in 2001. The new seat is located on an “axis of culture” made up of the Polish National Radio Symphony Orchestra in Katowice (NOSPR) and the International Conference Centre.

The complex of transparent, graceful buildings designed by Riegler Riewe Architekten from Graz in Austria was intended to blend in with the surrounding architecture and highlight the old red-brick buildings of the former mine. Marcin Szczelina, an architecture critic and the author of Architecture Snob, a blog, thinks that the city’s new heart, rising at the site of a former mine and a neighbouring slag heap, speaks to Katowice’s transformation. “After the hardships of economic transformation, the city, struggling to shake off its stereotypical image of a polluted industrial behemoth, wants to change its face precisely through architectural and cultural projects. A little bit like the Basque town of Bilbao. The museum building designed by the Austrians perfectly fits in with the background. It’s entirely underground; what’s visible above are just glass towers that allow light into exhibition halls below. I have no doubt it’s one of the best structures to be erected recently in Poland,” Marcin Szczelina tells Polska.pl. 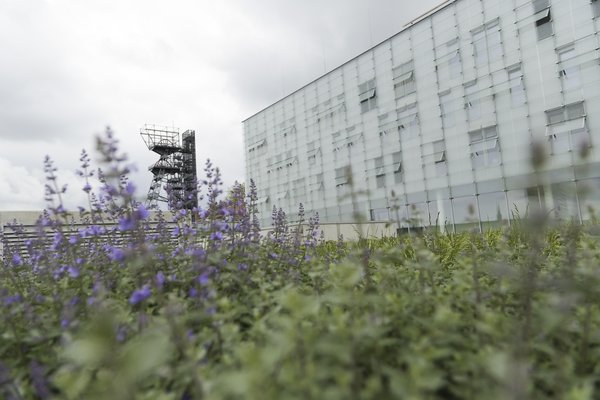 The main seven-storey building, with its 25,000 sq. metres of usable area and 6,000 sq. metres of exhibition space, gets praise also from the museum staff: “The new seat is a huge space that will allow a comprehensive display of our superb collections. Exhibitions will be accessible from different viewing points, even from above. The huge storage space is also important to us, because it offers expansion potential,” Sonia Wilk, representative of the Silesian Museum’s director, tells Polska.pl. She does not entirely agree with the name “culture mine” coined by the media: “We’re at a mine site indeed, so you could take some artistic licence, but the lowest level is a mere 14 metres underground, so it’s hard to talk about an exhibition that you enter by going down, as in a mineshaft,” says Ms Wilk.

The new building is among the most advanced exhibition spaces in Europe. It draws on history and, in a way, complements it. From its very conception in the 1920s, the museum had been planned as modern and visionary, says Ms Wilk. “Designed by Karol Schayer, the building met a tragic fate, though. August 1939 saw preparations for the opening, set for early 1940. It was to have been the most advanced museum in Europe—grand, modernist and visionary, with a large capacity and exhibition space. Since for the Nazis it symbolised Upper Silesia’s being part of Poland, it was torn down to the ground, brick by brick, by order of a German officer. Exhibits were transferred to a then German museum in Beuthen (now Bytom); after the war it turned out that some items were missing,” Ms Wilk recounts. She adds that the authorities did not make the effort to build a new seat, and the exhibits were left behind in Bytom. Restitution of the museum came in 1984. “First it occupied a small room assigned by the then Province Governor’s Office; after that a splendid pre-war Art Nouveau Grand Hotel building in the city’s very centre, which wasn’t suited to the museum staff’s needs, though. We had only limited exhibition space and no lift. Another construction project was attempted in 1986, never to be completed because of economic reasons,” says the representative. 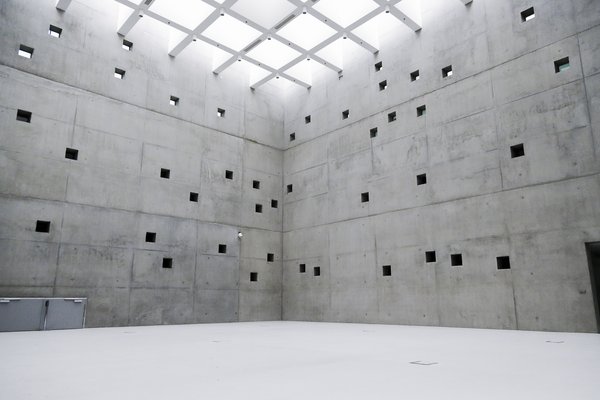 The new seat is like a dream come through. “It’s an ultra-modern building that speaks for itself. It bears witness to the region’s past and is a monument of changes that have swept through Upper Silesia in recent years,” Małgorzata Omilanowska, the minister of culture and national heritage, said a few weeks before the inauguration. The ministry provided PLN 2.3m of funds for the construction (total construction costs stood at around PLN 273m, of which PLN 181m came from the EU) and PLN 5.7m for mounting permanent exhibitions that will comprehensively portray the Silesia region, its history and folklore, as well as art from across Poland and the world.

The permanent exhibition Light of History. Upper Silesia throughout the Ages takes us back in time to the region’s beginnings, and provides a glimpse into everyday life of its residents over the centuries. It is a story about the Polish people and settlers from Western Europe, languages that gave birth to the Silesian dialect and, ultimately, the Silesian nationality. The exhibits include such witnesses of Silesian history as an armchair of the 1925-28 Silesian Province Marshall, a wedding garland from 1939, and a figure of St Barbara, the patron of Silesia, from the early 20th c. Other permanent exhibitions include the Gallery of Polish Painting 1800-1945, featuring works by Jan Matejko, Aleksander Gierymski and Alfons Dunin Borkowski’s freshly acquired Cossack in the Steppe; the Gallery of Polish Painting After 1945, with works by Zbigniew Libera, Zdzisław Beksiński and Andrzej Wróblewski; and the Laboratory of Theatrical Stage—Past in the Present, with items of scenography by Tadeusz Kantor. 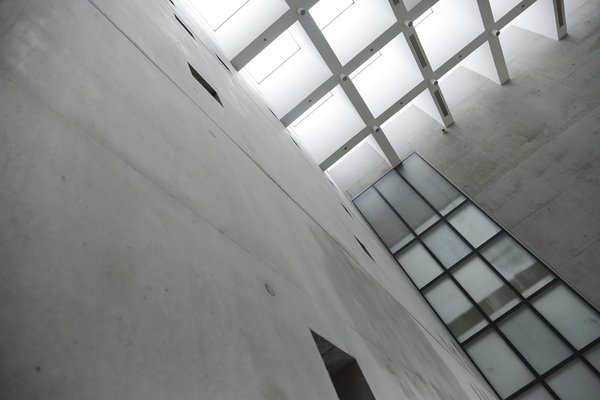 The museum’s pride and the only thing of its kind in the country is the Gallery of Non-Professional Art, i.e. a collection of primitivist artists, featuring such amateur artists who rose to international acclaim as Jan Nowak, Teofil Ociepka, Nikifor Krynicki and Bronisław Krawczuk.

Many of those visiting temporary exhibitions are attracted to an installation by Leon Tarasewicz, a Belarusian living in the Podlasie region, in the town of Krynki east of Bialystok, whom the museum invited to collaborate. His installation Modry (Deep Blue) is a raw wood structure that invites you to climb it and peek through skylights at the “Bartosz” and “Warszawa” mineshafts—once part of the mine, now in the museum. A 40-metre tower of the latter shaft is another of the Silesian Museum’s drawcards. Its top is accessible with a lift and offers a panorama of Katowice. The museum staff claim that, on a sunny day, you can see as far ahead as the Tatras from there.

Set for 26 June 2015, the opening does not mean work at the museum’s new seat will end. Renovation continues of old buildings that house the main bath and the carpenter’s shop. The museum’s directors intend to reclaim all post-mine facilities for the public in the future.