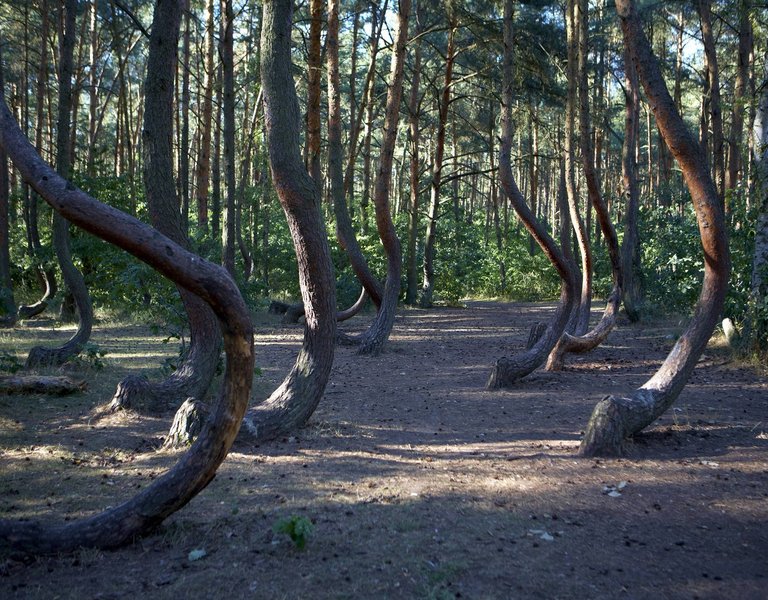 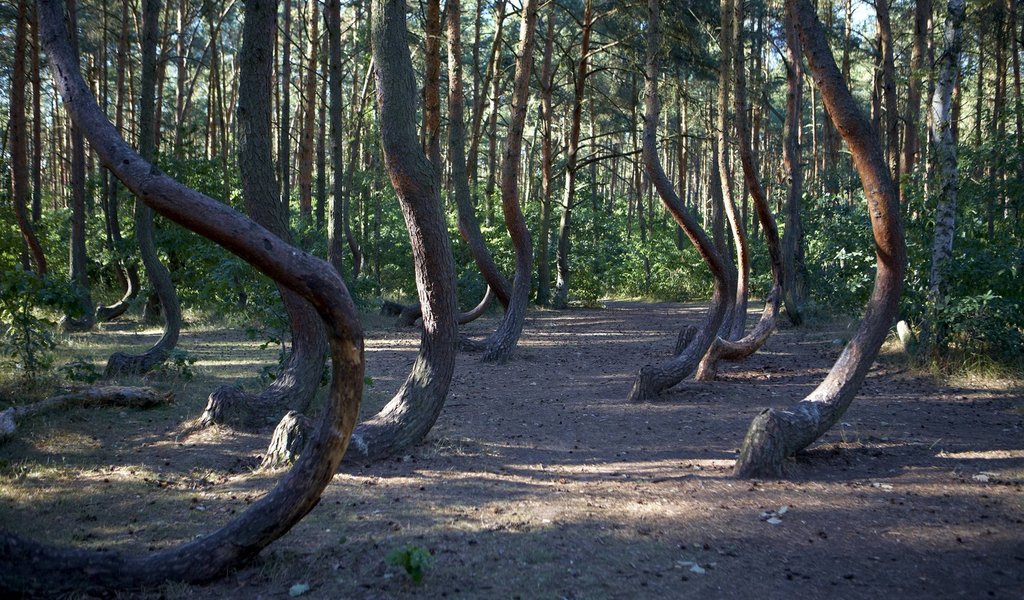 Polish nature and monuments may astound even scientists. Below are five places, which can offer much more than may be seen at first sight

Anyone who decides to enter this forest may feel a little like in the “Matrix”. Evenly planted trees are all bent towards the north at an angle of approximately 90 degrees starting from the level of ca. 20 cm from the ground level. The trunks form a wide arch, and at the height of three meters turn upwards. There are approximately a hundred of such strangely bent tress, and their height does not exceed 15 metres. All of them are no  older than 80 years. This forest is in Nowy Czarnów close to Gryfino in the Zachodniopomorskie region.

For years the scientists have been wondering what could have made all those trees lean in such a way. A credible explanation was obtained as an effect of research carried out by the Poznan University of Life Sciences. It turned out that just before War World 2, in 1939, the trees were cut at the level of approximately half a metre above the ground. The cuts were two-thirds of the trunk deep, and then the trees were laid down and kept down in a way making their rising up impossible. The scientists are of the opinion that the bent trunks were needed by some carpenters or perhaps boatbuilders – they were perfect for building of sleighs, furniture or boats. It is not known why the trunks were then left in the forest. Most probably people who had bent those trees were no longer able to take care of them after the war. 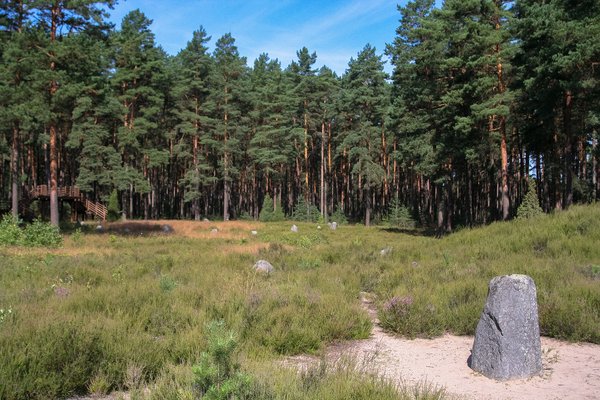 Stone circles have generally become associated with Great Britain and Ireland, but they also may be found in Poland. The best known ones are in the Pomorze and Kaszuby regions. Archaeological studies have shown that all of them come from the first century A.D., and hence are almost 3000 years younger than the famous Stonehenge. They were most probably erected by the Goths, who made a stop in Poland in their journey from Scandinavia to the south, to the Black Sea. They wanted to find fertile soils of the legendary Oium region, which is identified with the present steppes of southern Ukraine.

Many Goths settled on the way, mixing with the local population. The same happened in the Pomorze and Kaszuby regions, where they left behind stone circles and barrows, which were traditional burial places. The biggest ones – and still quite well preserved – may be found in Grzybnica close to Koszalin in the Pomorze Zachodnie region and in Odry and Węsiory in the Kaszuby.

Poland is perceived to be a country free of any volcanic activity, and despite that traces of old eruptions may be found here, dating back a few dozen million years.

The biggest number of volcano remnants may be found in the Lower Silesia Region, in the Kaczawskie Foothills of the Sudety Mountains. They are situated over a section of 85 km, and were active for the last time some 20-30 million years ago. Formation of volcanic  rocks, which are visible even today, comprise especially the basalt hills: Ostrzyca (501 m a.s.l.), Czartowska Skała (463 m a.s.l.), Rataj (350 m a.s.l.), Grodziec (389 m a.s.l.) or Wilcza Góra (397 m a.s.l.). Research has shown that rocks visible on the surface are not remnants of volcanic peaks, which have long been destroyed as a result of erosion, but rather shafts of volcanic pipes, via which magma used to flow out onto the land surface. Thanks to volcanoes the areas surrounding Bolesławiec, Lwówek Śląski and Złotoryja belong to lands in Poland that are characterized by the biggest differentiation, which may be proven by caves and deposits of basalt, agate or gold.

Coral reef in the central part of a city

The Kadzielnia Amphitheatre in Kielce is an exceptional place, which is very well known to European geologists. It was built on the area of a former stone quarry, in which, as of the 18th century limestone was mined. This was discontinued in the 1960s, and an inanimate nature reserve was established, which comprises real geological treasures.

The rocky outlier, called the Geologists’ Rock, that tops the quarry is simply …. a coral reef. It is over 350 million years old – from times, when those lands were covered by a warm sea. It comprises numerous fossils of corals, cephalopods, brachiopods and  Placodermi, which are unique worldwide.

This area is made even more attractive thanks to the fact that rocks of the Kadzielnia comprise as many as 14 caves  washed out by water, nine of which are in the the Geologists’ Rock. The visitors have at their disposal a system comprising Jaskinia Odkrywców [Discoverers’ Cave] - Prochownia – Szczelina, where the length of corridors equals to 392 metres. In the Kadzielnia caves bones of the prehistoric woolly rhinoceros and cave bears were discovered.

The last primeval forest in Europe

In practical terms in Europe there are already no more forests that date back to the period of recession of the last glaciation dating back 10 000 years. The last primeval forest, untouched by humans, may only be found on the area of the Białowieża Primeval Forest, in Poland as well as in Belarus. On nature reserve areas covered by the strict protection of Natural Forests of the Białowieża Primeval Forest trees grow to incomparable heights, and each uprooted trunk rots exactly where it has fallen. Everywhere around is an exceptional variety of all kinds of species, including numerous forest pests, which are not exterminated here.

The few dozen of species new to science, which have been discovered on the area of the Białowieża Primeval Forest also comprise numerous fungi and insects. Practically each year the scientists  find new ones. In 2011 a new species of butterfly was discovered here, which was called Monopis bisonella to honour the bison living in that area.

The Białowieża Forest also provides a habitat for the largest wild bison herd. There are other rare predators living in this area, among others the wolf and the lynx. The reserve may be visited on the basis of a permit obtained from the directorate of the Białowieski National Park.