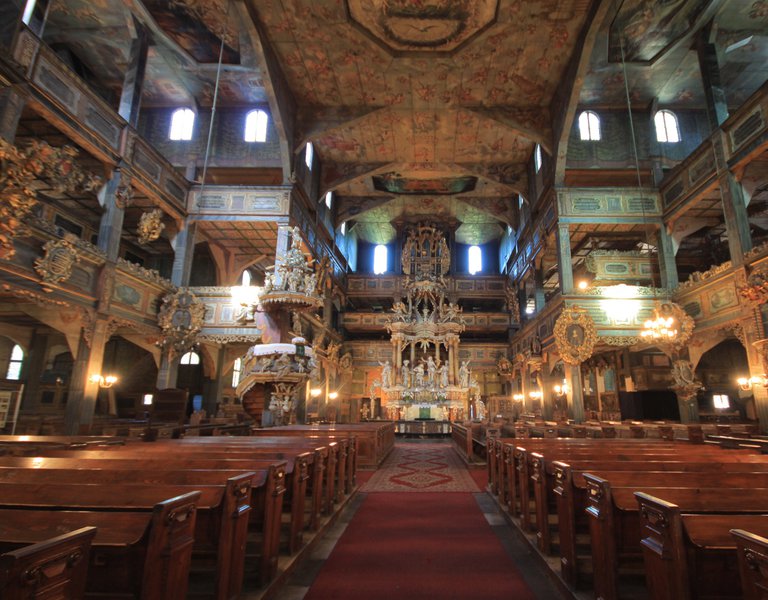 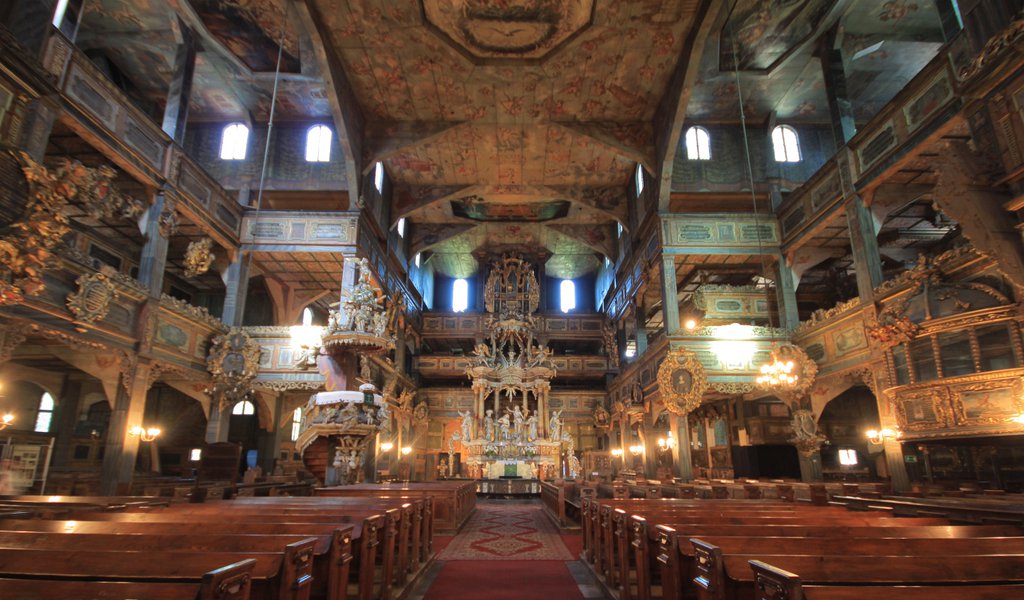 Churches of Peace in Jawor and Świdnica

The 17th century Churches of Peace in Silesia are the largest timber-framed religious buildings in Europe.

The churches in Jawor and Świdnica are the only two surviving Protestant churches which were allowed to be built under the Treaty of Westphalia in 1648. The Thirty Years' War (1618–48) ended in Silesia with a defeat of Protestant communities who were deprived of their churches.

Backed by Sweden, the Protestants of Silesia secured the right to build three new churches. Austrian Emperor Ferdinand gave his approval for the construction of temples in the towns of Glogau (Glogow), Schweidnitz (Swidnica) and Jauer (Jawor). The church at Glogau burned down in 1758.

The Emperor’s clerks imposed a number of restrictions on the evangelicals, prohibiting the construction of representative buildings or fortresses. Only non-durable materials such as wood and clay were allowed, the site had to be situated away from the town, and any towers or bells were forbidden. It was not until after 1707 that the construction of belfries was permitted.

Despite these restrictions, Albrecht von Saebisch, an architect from Breslau, managed to build some of the world’s biggest wooden churches. Made of wood and clay, without towers, they amaze with the splendour of their interiors. Richly decorated matronea – galleries for Protestant gentry – are particularly worth noticing. The church in Świdnica can accommodate 7,500 people, and the church in Jawor – 6,000 people with several levels open to the faithful. The austere interiors were decorated with paintings ten years after the churches were completed.

It is also worth attending the famous organ concerts held in the temples. The organ at the church in Swidnica is especially famous for its impressive acoustics. Since 2000, the place has been hosting an annual festival of Jan Sebastian Bach’s music – “The Swidnica Bach Festival.”